Mrs Hajiyeva, 57, whose husband Jahangir has been jailed for fraud in their native Azerbaijan, had been unable to explain how she was wealthy enough to buy her home in Knightsbridge and a golf course in Berkshire

The wife of a jailed banker has lost her appeal against a £22million confiscation order seizing her London mansion.

Known as ‘McMafia orders’ –after the BBC gangland drama – the seizures were requestd by the National Crime Agency.

Mrs Hajiyeva, 57, whose husband Jahangir has been jailed for fraud in their native Azerbaijan, had been unable to explain how she was wealthy enough to buy her home in Knightsbridge and a golf course in Berkshire.

The mansion near Harrods was bought for £11.5million in 2009 by a company incorporated in the British Virgin Islands.

The couple, who deny all wrongdoing, had been the subjects of Britain’s first ever wealth orders.

Graeme Biggar of the NCA said the court’s ruling was a significant result that established the orders as a powerful tool for financial investigations.

‘This was the first UWO secured and the NCA has been determined throughout the many legal challenges faced over the last two years,’ he said. ‘This case will set a helpful precedent for future UWO cases.

‘There are no further routes for Mrs Hajiyeva to appeal against the order. She will now be required to provide the NCA with the information we are seeking in connection with these assets.’

In her attempt to thwart the order in 2018, the High Court heard that Mrs Hajiyeva spent more than £16million at Harrods between 2006 and 2016 – including £600,000 in one day. In February she failed to have the order dismissed at the Court of Appeal, which found that the NCA acted lawfully. 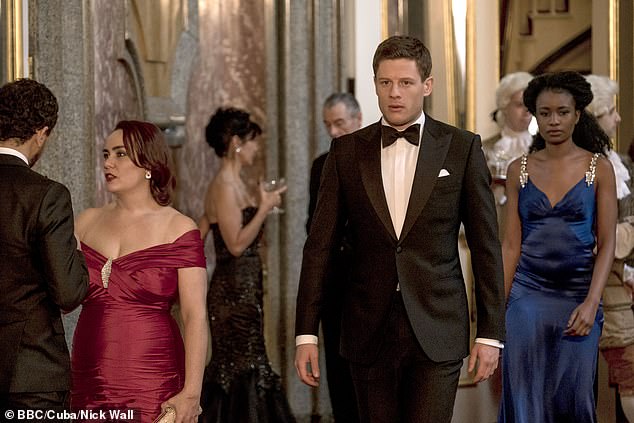 Lord Justice Burnett and two other senior judges said in their judgment at the time: ‘The relevant requirement for making a UWO is that the court must be satisfied that there are reasonable grounds for suspecting that the known sources of the lawfully obtained income available [to the targeted individual] would have been insufficient to enable him or her to obtain the property. In the present case Mr Hajiyev’s conviction for fraud and embezzlement was only one of the strands.

‘There was evidence of Mr Hajiyev’s status as a state employee and the unlikelihood that his legitimate income … would have been sufficient to generate funds used to purchase the property.’

The resolution of the case means that the NCA and other police forces have the green light to push UWO powers in their investigations.

It means they can seek to seize the assets of suspected criminals with links to corrupt regimes abroad, and can target family members living in luxury in the UK.

Mrs Hajiyeva has repeatedly denied wrongdoing, claiming her state banker husband is a victim of injustice in Azerbaijan. He was sentenced to 15 years in prison for fraud and embezzlement.

Her biggest identifiable single bill was £433,389 for Cartier jewellery. She also made frequent trips to the Caviar House champagne bar and spent nearly £2,000 in a Chinese restaurant.

Among the more unusual payments was £99,574 at the Bibbidi Bobbidi Boutique, which offered the chance for children to be transformed into a Disney hero. Mrs Hajiyeva has a grown-up daughter from a previous marriage and two sons, both also understood to be adults. 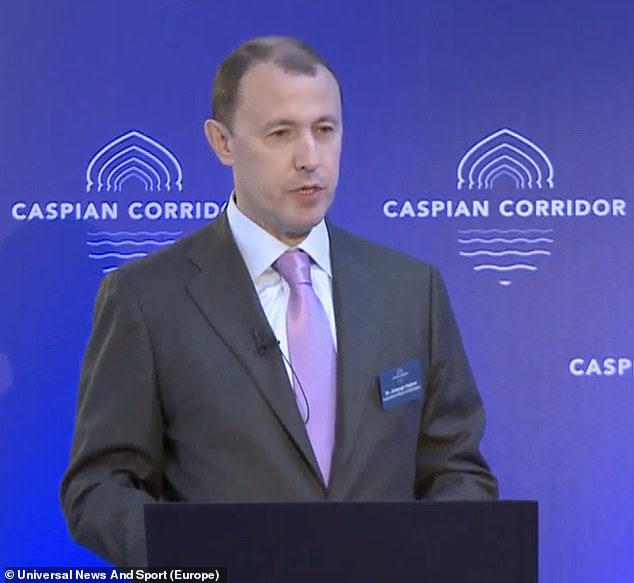 The couple, who deny all wrongdoing, had been the subjects of Britain’s first ever wealth orders. Jahangir Hajiyev is pictured above