Bill Gates, 64, steps down from Microsoft’s board 45 years after starting the company that revolutionized computing so that he can focus on his charities 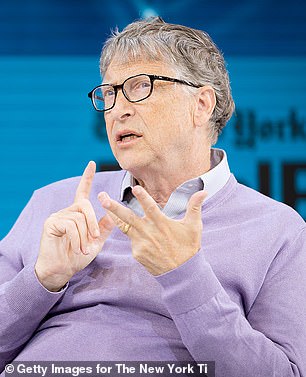 Co-founder Bill Gates is stepping down from the board of Microsoft, the company announced

Bill Gates is leaving the board of Microsoft, the company announced Friday.

The Microsoft co-founder, 64, is to dedicate more of his time to his charity, the Bill & Melinda Gates Foundation

He has been spending more time on his philanthropic work since 2008, when he transitioned out of his day-to-day role at Microsoft.

Gates remained as Microsoft CEO until 2000 when he was succeeded by Steve Ballmer. He stepped down as director of the board in 2014.

Microsoft did not announce a replacement on the board to Gates but said that it will now consist of 12 members.

‘It’s been a tremendous honor and privilege to have worked with and learned from Bill over the years,’ said current Microsoft CEO Satya Nadella, who took over the role in 2014. 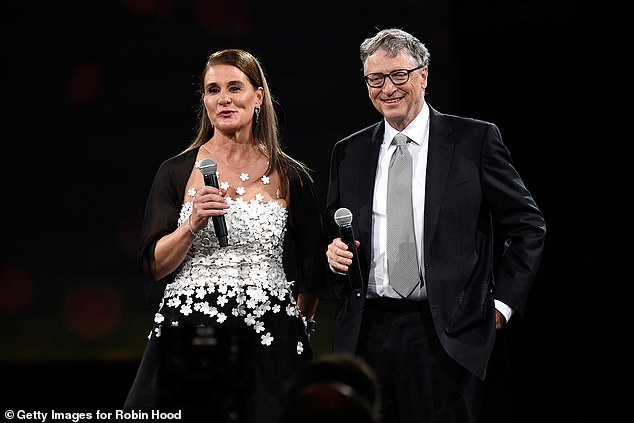 Melinda Gates and Bill Gates. He will be dedicating more time to their foundation 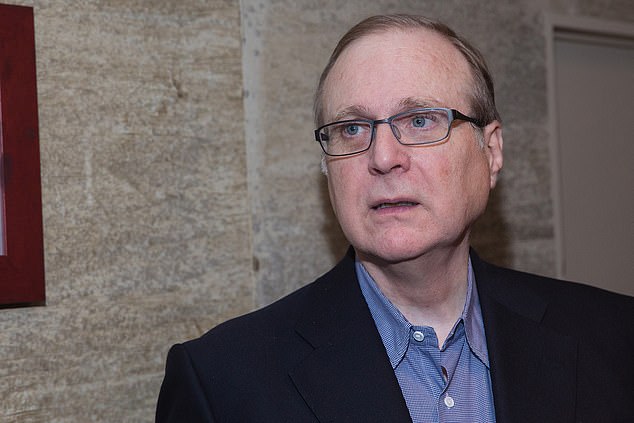 ‘Bill founded our company with a belief in the democratizing force of software and a passion to solve society’s most pressing challenges. And Microsoft and the world are better for it.

‘The board has benefited from Bill’s leadership and vision. And Microsoft will continue to benefit from Bill’s ongoing technical passion and advice to drive our products and services forward.

‘I am grateful for Bill’s friendship and look forward to continuing to work alongside him to realize our mission to empower every person and every organization on the planet to achieve more.’

It is one of the most highly valued company’s in the world, valued at $1.21 trillion.

‘On behalf of our shareholders and the Board, I want to express my deep appreciation to Bill for all his contributions to Microsoft. As a member of the Board, he challenged us to think big and then think even bigger. He leaves an enduring legacy of curiosity and insight that serves as an inspiration for us all,’ added John W. Thompson, Microsoft independent board chair.

Gates is said to be stepping down to dedicate more time to his philanthropic work and his foundation but will remain as Technology Advisor to CEO Nadella.

Warren Buffett’s Berkshire Hathaway Inc also announced on Friday that Gates is retiring from the conglomerate’s board of directors, and is expected to be replaced by Kenneth Chenault, who spent 17 years as chief executive of American Express Co.

The change was disclosed in Berkshire’s annual proxy filing, ahead of its scheduled May 2 annual meeting.

Gates has served on Berkshire’s board since 2004.

Chenault, 68, led American Express from January 2001 to February 2018, and became one of the most prominent black CEOs in corporate America.

Berkshire is the largest shareholder in American Express, ending 2019 with an 18.7 percent stake in the travel and financial services company.

It said its governance committee reviewed 23 possible candidates for board seats in 2019, and Chenault emerged as ‘a standout and unanimous choice’.

Vice Chairmen Greg Abel, 57, and Ajit Jain, 68, who respectively oversee Berkshire’s non-insurance and insurance operations, were each awarded $19 million, up from $18 million in 2018.

Buffett sets compensation for Abel and Jain, who many investors view as top candidates to eventually succeed him as chief executive. Berkshire does not grant stock options.

As Gates invests more and more time to the Bill & Melinda Gates Foundation, the charity has begun funding a new home-testing kit for coronavirus that is expected to be ready for distribution in the greater Seattle area in the coming weeks.

The test will allow people experiencing symptoms of coronavirus to swab their noses and then send the samples to a lab for an analysis.

The foundation is dedicated to eradicating illness in developing countries.

Gates has warned that the coronavirus is beginning to behave like a ‘once-in-a-century’ pathogen with the potential to kill more people than the 66,000 Americans who died in the 1957 influenza pandemic.

‘The data so far suggest that the virus has a case fatality risk around 1 per cent,’ Gates wrote at the end of February.