BLACK Lives Matter has sued the Trump administration over removal of George Floyd protesters in Washington DC before the president's church visit.

The American Civil Liberties Union and others alleged that officials violated the civil rights of protesters who were forcefully removed from a park near the White House by police using chemical agents. 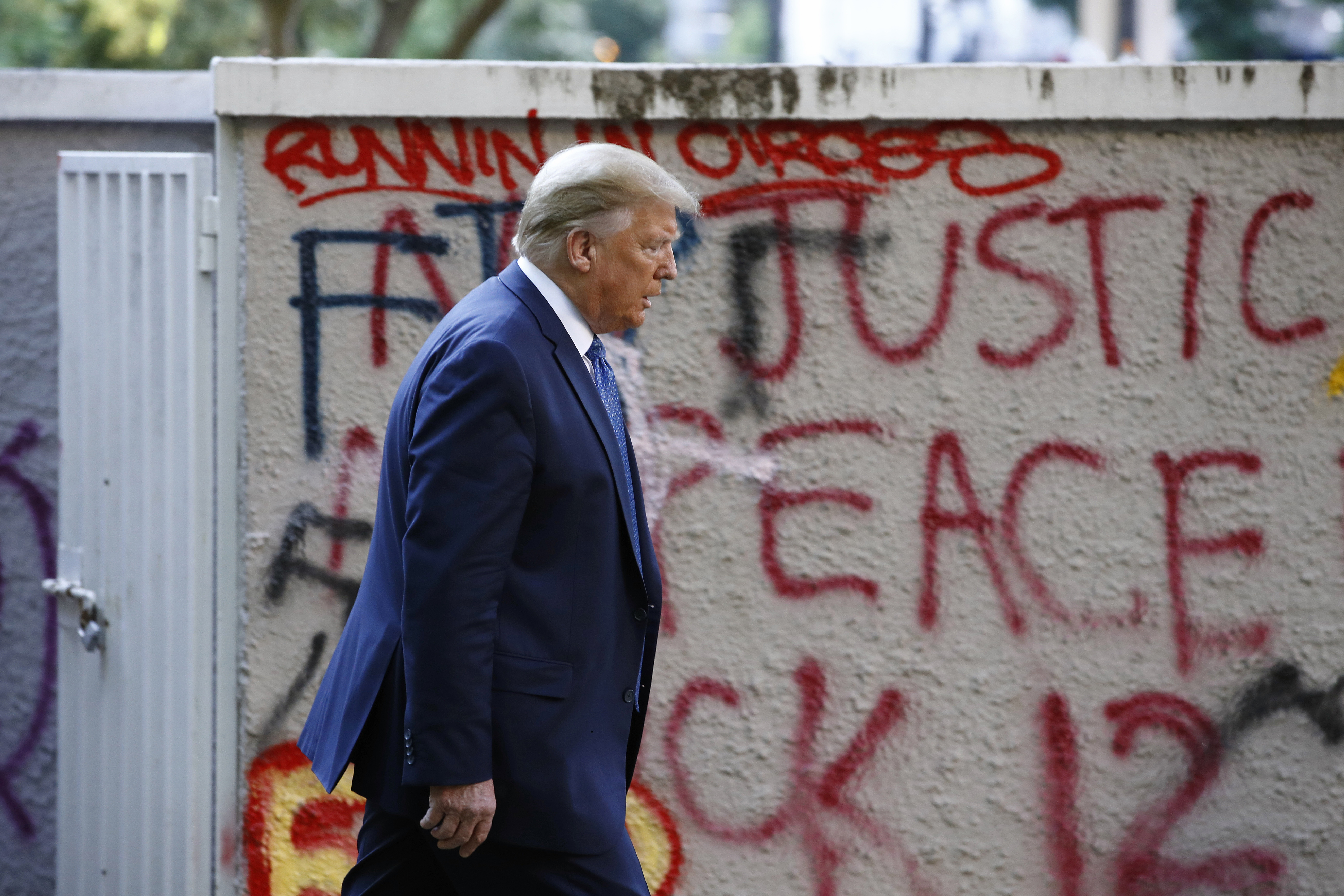 The lawsuit was filed on Thursday in a federal court in Washington.

It argues that Trump, Attorney General William Barr and other officials unlawfully conspired to violate the protesters rights when clearing Lafayette Park on Monday.
Shortly before 6.30pm on Monday, law enforcement officers began aggressively forcing back the peaceful protesters, firing smoke bombs and pepper balls into the crowd to disperse them from the park.

The ACLU called it a coordinated and unprovoked charge into the crowd of demonstrators.

Speaking on Fox News Radio, Trump claimed that the protesters were not tear-gassed.

However, Barr said on Thursday that he ordered the protesters to be dispersed because officials were supposed to extend a security perimeter around the White House earlier in the day.

He said he arrived there later in the afternoon and discovered it hadn't been done.
The lawsuit was filed on behalf of the group Black Lives Matter DC, and individual protesters who were in Lafayette Park on Monday evening.