‘If your temperature is not down, you’re not coming in’: Bouncer at bar in London’s The Shard tests people with a thermometer before allowing them in as coronavirus fears grip Britain

A bouncer at a bar in London’s The Shard checked the temperature of guests last night as they entered amid the coronavirus outbreak panic.

Pictures show what is believed to be a member of security staff with a ‘thermometer gun,’ checking people entering Bar 31 in The Shard near London Bridge on Friday night.

The device is equipped with an infrared sensor that can quickly measure surface temperatures of the skin to determine if someone is unwell. The thermometers have been widely used across the world since the virus outbreak.

Friday night revellers waited at the entrance before going up to the bar and restaurant area after having the test. Bar 31 have been approached for comment.

It comes as two people have died from the virus – which has a mortality rate of 15 per cent in those over 80 – on British soil so far, both of whom were elderly.

Meanwhile it was business as usual for cities across the rest of the country, with drinkers hitting the town in Birmingham and Leeds to celebrate the start of the weekend. 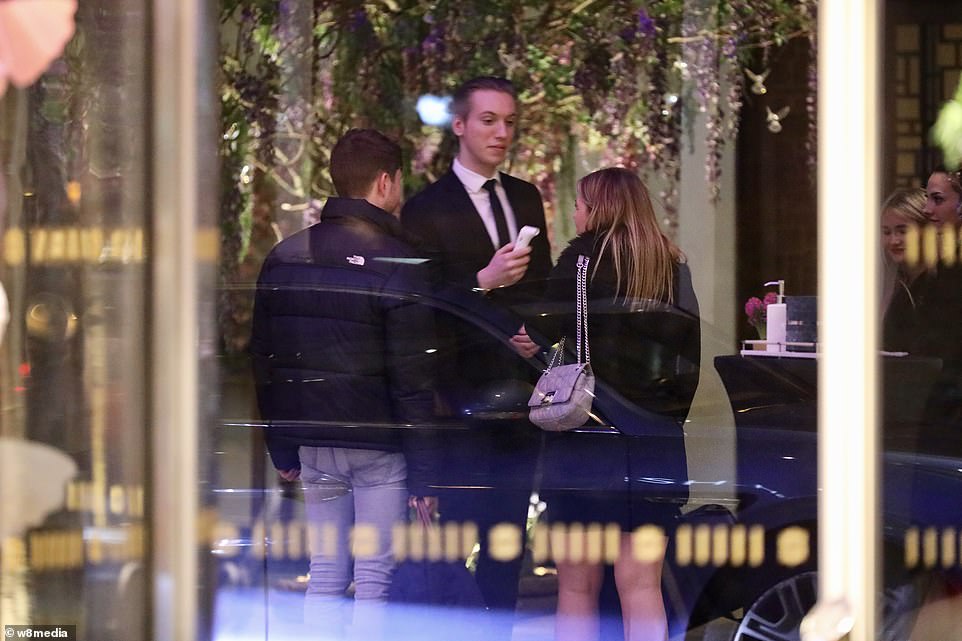 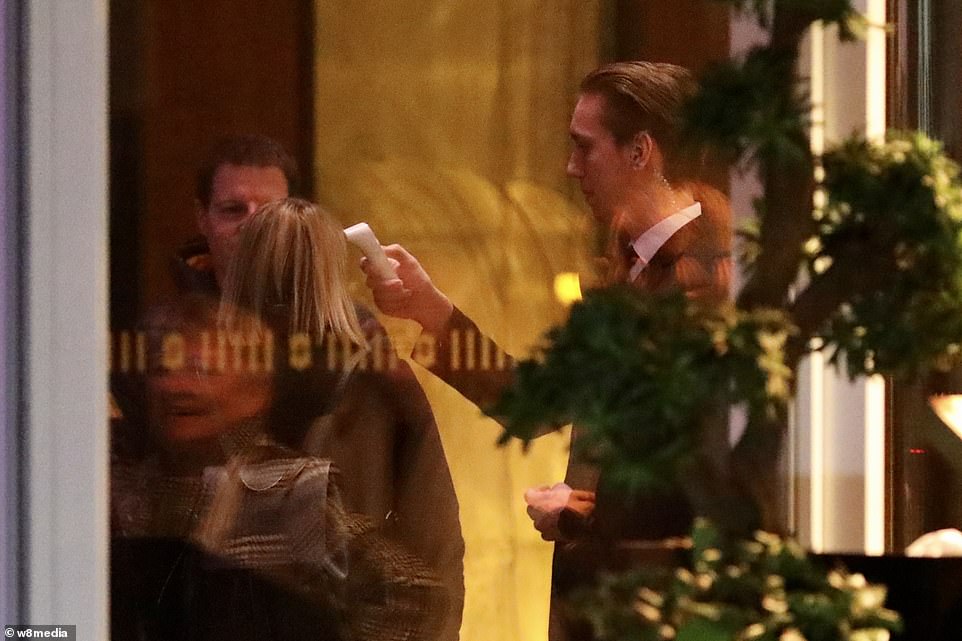 Friday night revellers waited at the entrance before going up to the bar and restaurant area after having the test. Pictured: the bouncer holds the equipment up to one woman’s forehead 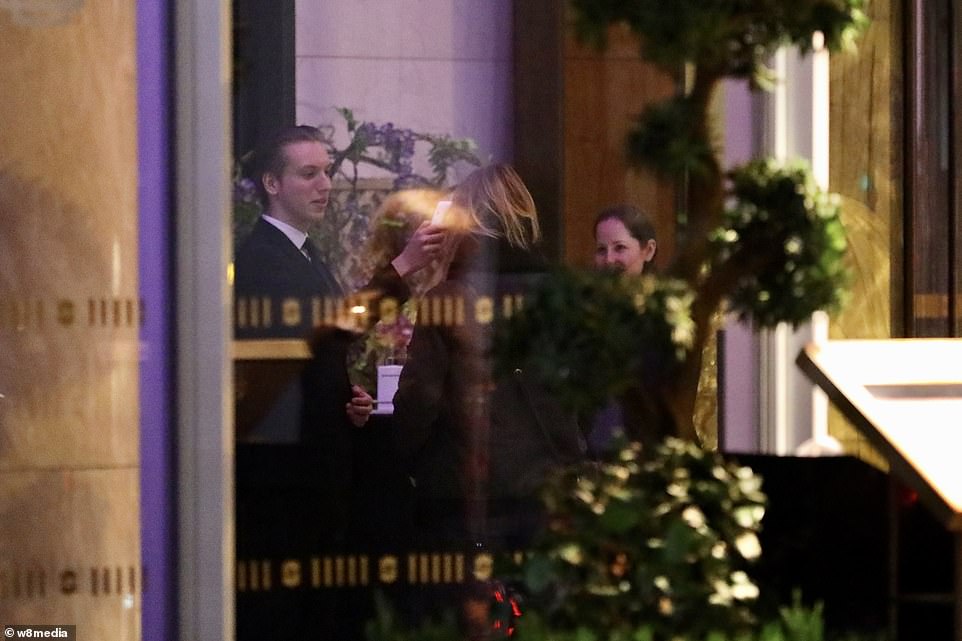 Other businesses across the country have also responded to the virus outbreak as customers at a Costco in south London were ‘disinfected’ at the front door yesterday.

Shoppers ‘lined up obediently’ at the Croydon store’s entrance before being stopped by a staff member to be sprayed with a ‘disinfectant-like liquid’, the person who filmed the incident told MailOnline. Costco denied the claims, saying only trolley handles were sprayed – not customers.

As coronavirus fears take hold in the UK now that 164 people have been diagnosed and the virus is known to be spreading inside the UK, anxious Britons have resorted to wearing gas masks and blankets on public transport in desperate attempts to protect themselves.

Meanwhile, supermarkets up and down the country have again been left bare amid rushes to stockpile household goods such as hand soap, nappies and dried foods like pasta and rice.

Customers in Marks & Spencer and some Boots stores are now being limited to the amount of hand sanitiser they are able to purchase – some to two bottles per person. 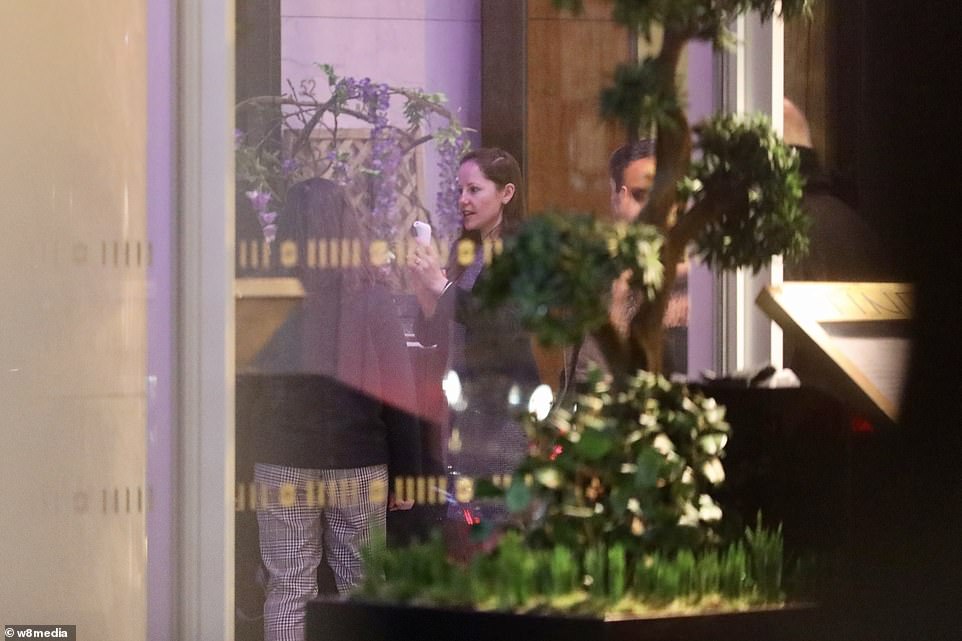 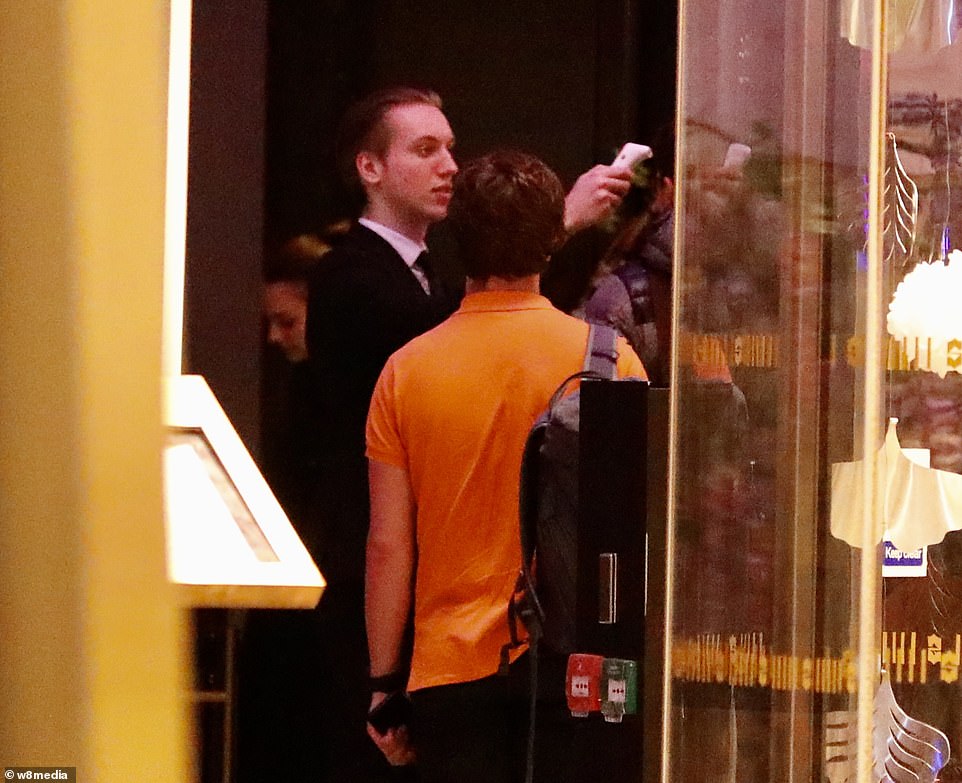 The thermometers have been widely used across the world since the virus outbreak, particularly in airports to identify those who may have the illness 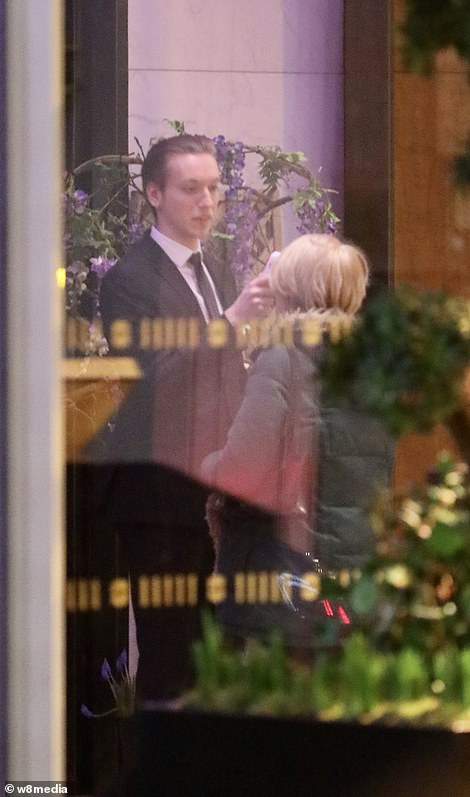 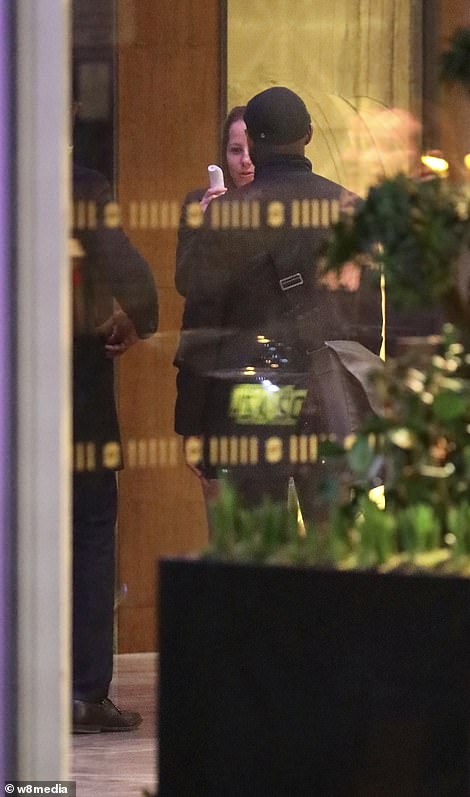 Left: A woman stands still as the bouncer puts the equipment near her forehead to take the test. The thermometers determine temperature by measuring the heat emanating from the surface of a person’s body

The pictures taken at the bar in London come as party-goers braved the cold and windy conditions to enjoy a night out on the town, with many donning their best going out outfits for the occasions in Leeds and Birmingham.

It comes as a patient who was Birmingham’s first known case of coronavirus was discharged from hospital yesterday.

The person, thought to have contracted the virus at a work event outside Birmingham, will continue to self-isolate at home, the city council said.

Meanwhile, two events due to be held at the city’s NEC have been cancelled due to the virus. The number of people in the UK diagnosed with the virus has reached 164. 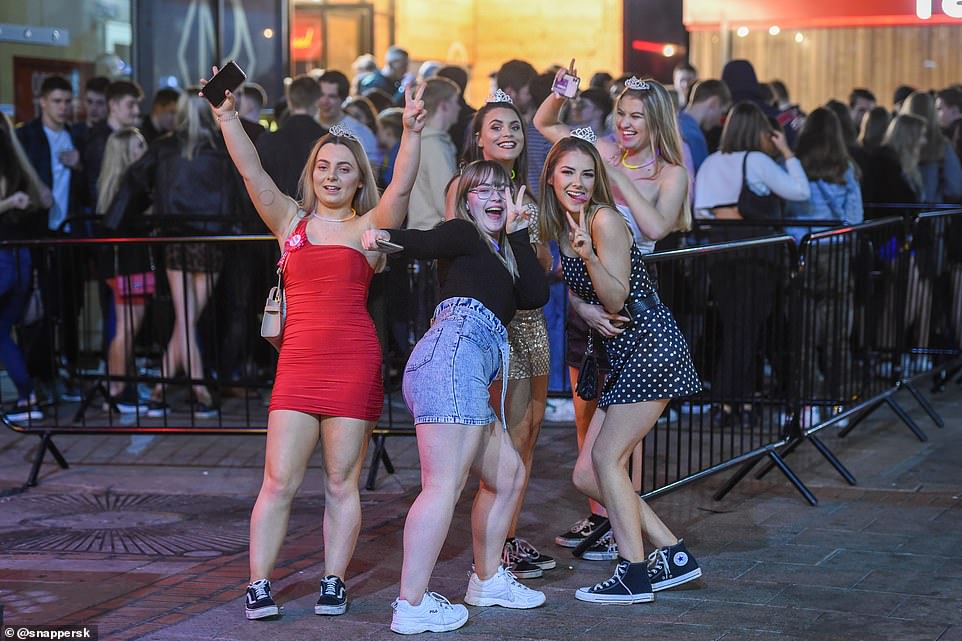