A schoolboy was left stunned after opening up his packet of Aldi’s version of Hula Hoops – and finding a three-and-a-half inch long one.

Will Potts was so proud of his whopper ‘huge-a-hoop’ he didn’t eat it. Instead, the 10-year-old carefully placed it back in his lunchbox to take home where he later measured the massive monster crunch, which weighed 6g.

Proud mother Angela of Chester, Cheshire, said her lad was thrilled by the discovery of giant ready salted snack – which a spokesman from Aldi said should be submitted to the Guinness World Records.

‘When he came home he said “Look what was in my crisp pack”,’ said Angela. ‘He opened his lunchbox and showed me the giant hoop. 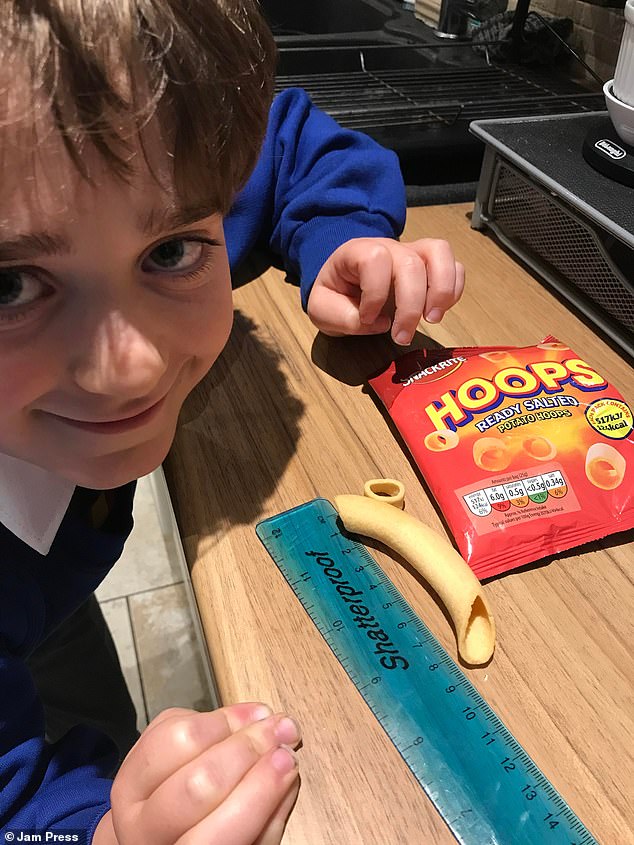 Monster crunch: Proud Will Potts, 10, poses with his huge crisp found in a bag of Aldi’s ‘Hoop’ – a budget version of Hula Hoops 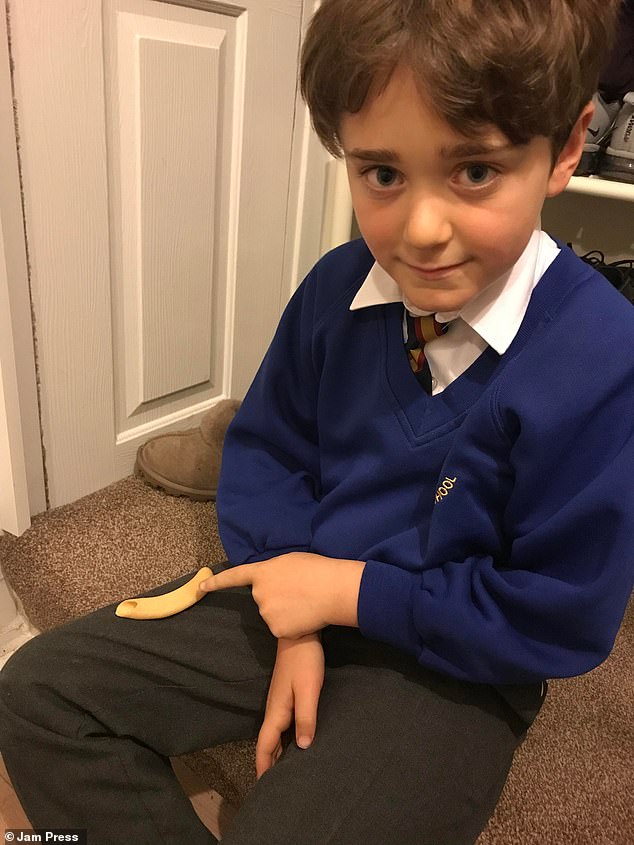 Schoolboy Will Potts, of Chester in Cheshire, found the gigantic crisp while tucking into his lunch at school. He has since been urged to get it checked to see if it is record-beater

‘We said he didn’t want to eat it, we still have it. We told Aldi and they said it was amazing and to contact Guinness World Records so we have.’

She bought the pack of eight Hoops from her local store for £1.35.

An Aldi spokesperson said: ‘Thanks for sharing this with us.

‘We recommend contacting Guinness World Records for that monster crisp.’

In August last year, Sam Lightfoot, 26, made a similar discovery after finding a 9.5cm salt and vinegar Hula Hoop in his bag of crisps.

The 26-year-old, of Aldershot, Hampshire, said the discovery was ‘up there in the top 10’ moments of his life.

‘When I opened it I was like ‘whaaaaaat’, then I realised it was an extra-long Hula Hoop,’ reported the Daily Express. 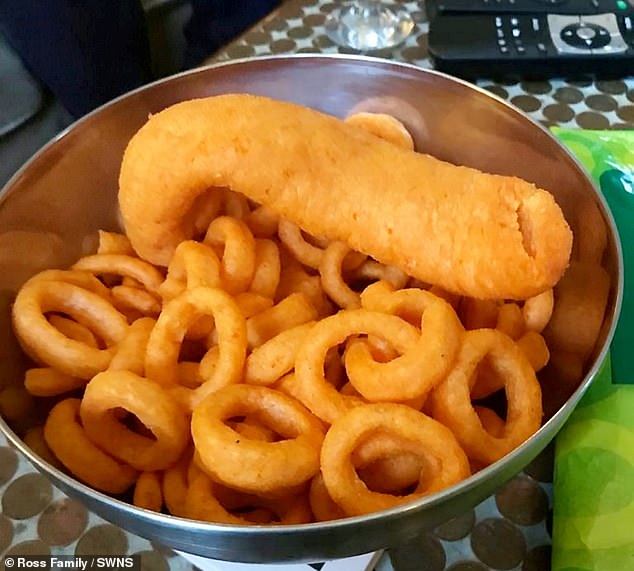 Pictured: The giant crisp that Janine Ross found among a regular packet of onion rings in a packet of Asda’s own-brand snacks

The 19-year-old claimed the monster snack was the world’s biggest Hula Hoop.

And in January 2020, Janine Ross discovered a mega eight-inch crisp in packet of Asda’s own brand of onion ring snacks.

The 38-year-old mother was convinced the whopper snack was a record-breaker. The previous record for the biggest crisp in Britain was 5.9 inches – a large Best Sweet Chili Crisps from Morrisons.