Police were scrambled to the scene near Gallions Reach DLR in Beckton at 8.38am on Tuesday.

When they arrived they found a 16-year-old boy unresponsive with a head injury. He was pronounced dead at the scene.

The DLR station was closed while forensic investigators scoured the area, which was cordoned off by officers.

Police believe they know the identity of the boy, but formal identification awaits. No arrests have been made. 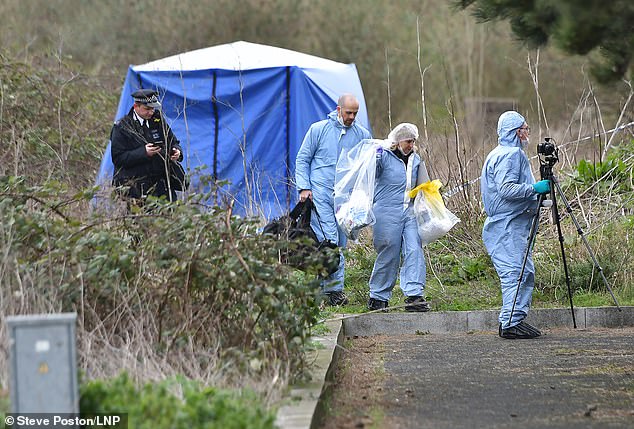 Forensic investigators are pictured scouring the scene where a 16-year-old boy was found dead with head injuries in Beckton, east London on Tuesday morning 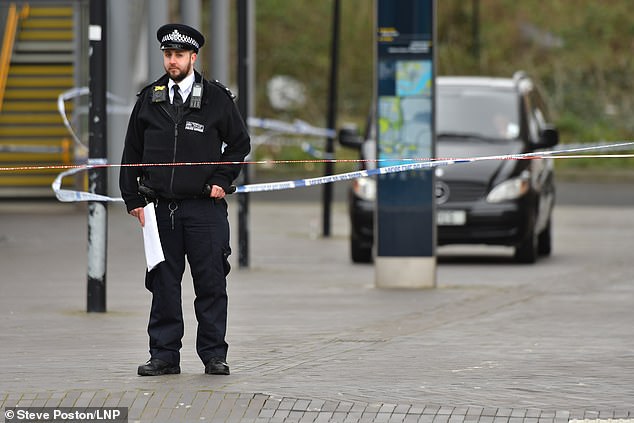 Officers (one pictured) were scrambled to the scene at 8.38am and were forced to close nearby DLR station Gallions Reach until 6pm

A Metropolitan Police spokesman said: ‘Detectives are investigating following the discovery of a body in Newham.

‘Police were called by LAS at 08:38hrs on Tuesday, 3 March to reports of an unresponsive male near Gallions Reach DLR Station, Atlantis Avenue E6. Officers attended.

‘The male – believed to be a 16-year-old boy – was pronounced dead at the scene. He is thought to have suffered a head injury.

‘Though formal identification awaits, officers believe they know the identity of the deceased. Next of kin are aware.

‘A post-mortem examination will be scheduled in due course. The death is being treated as suspicious.

‘The Specialist Crime Command have been informed and are being supported by colleagues from the North East Command Unit.

‘Officers remain at the scene and enquiries continue. Anyone who has information that could assist police is asked to call 101 or tweet @MetCC ref CAD 1573/3 March.’ 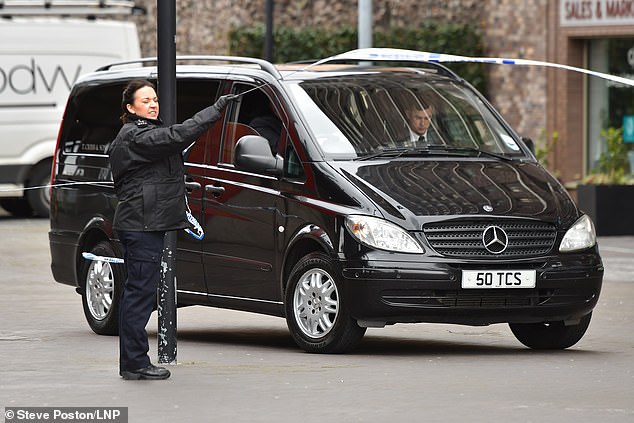 Police believe they know the identity of the boy, but formal identification awaits