Britons have reacted with confusion at the government’s newly unveiled coronavirus messaging and have mocked the new guidance in a series of hilarious memes.

Boris Johnson has decided to ditch the ‘stay at home, protect the NHS, and save lives’ slogan used since the beginning of the pandemic in favour of ‘stay alert, control the virus, and save lives’.

He is expected to unveil it tonight at 7pm when he addresses the nation and sets out the ‘roadmap’ for how the UK will leave the lockdown he imposed on March 23.

But Brits have criticised the change on social media, saying it is confusing, and making memes to mock the new guidance and creating their own versions of the new slogan. 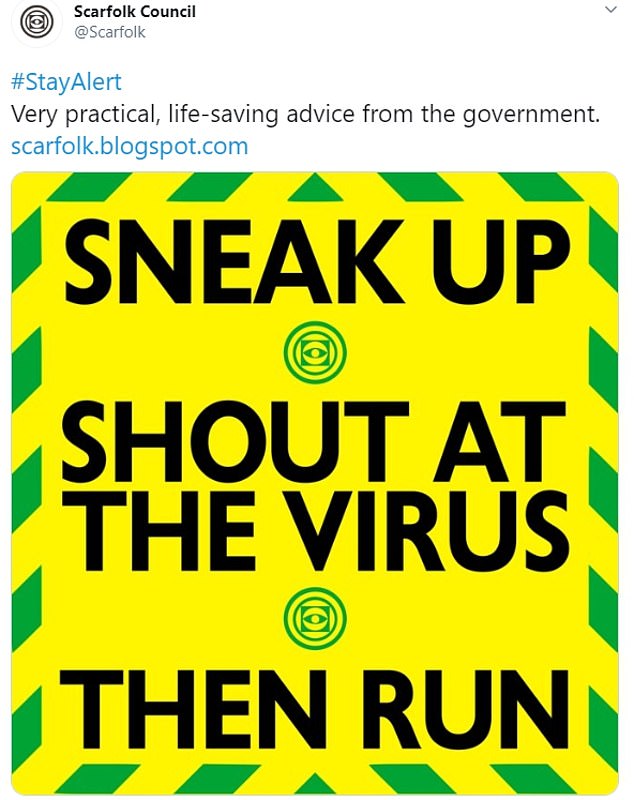 Scarfolk Council decided to alter the words on the new slogan and to ‘sneak up, shout at the virus, then run’ 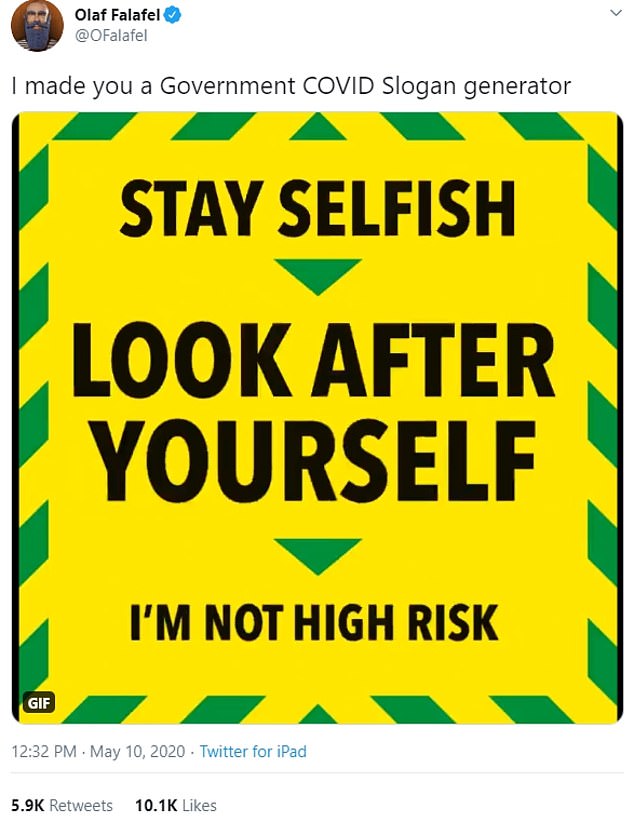 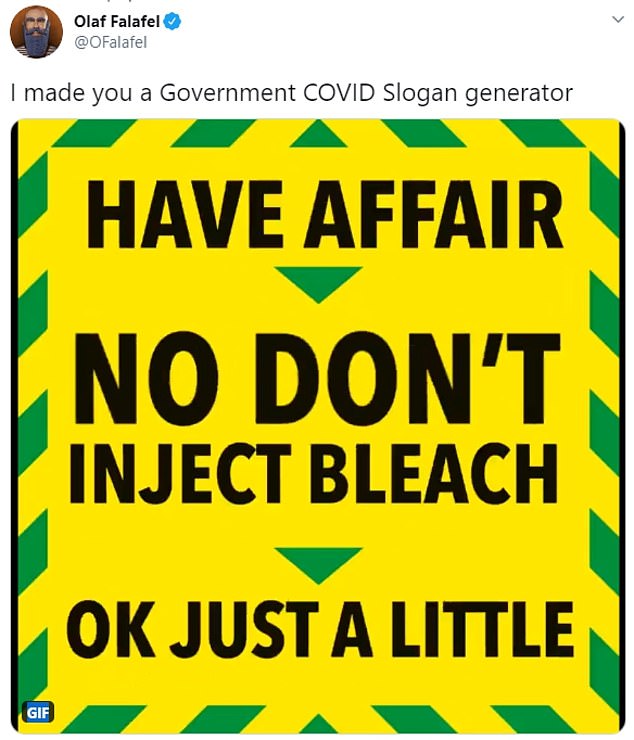 In one posted by Olaf Falafel, the slogan is replaced by ‘have affair, no don’t inject bleach, ok just a little’

And Scarfolk Council posted one saying ‘sneak up, shout at the virus, then run.’

And Dylan Patel posted one clearly critical of how the government has handled the coronavirus crisis, saying ‘be vague, cover our backs, shirk responsibility.’

The tidal confusion has been so overwhelming the PM has already been forced to clarify the new advice, before his national address this evening. 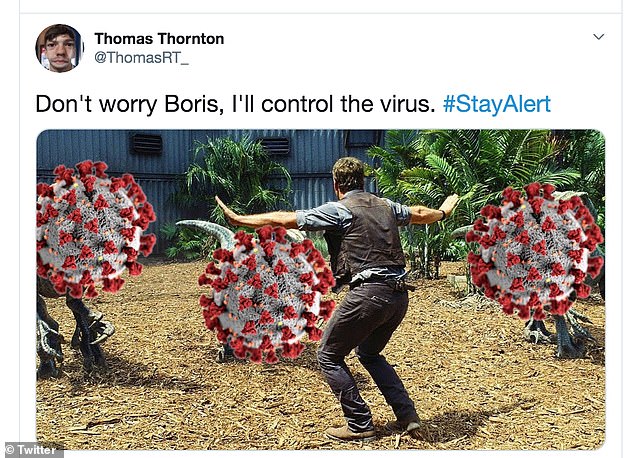 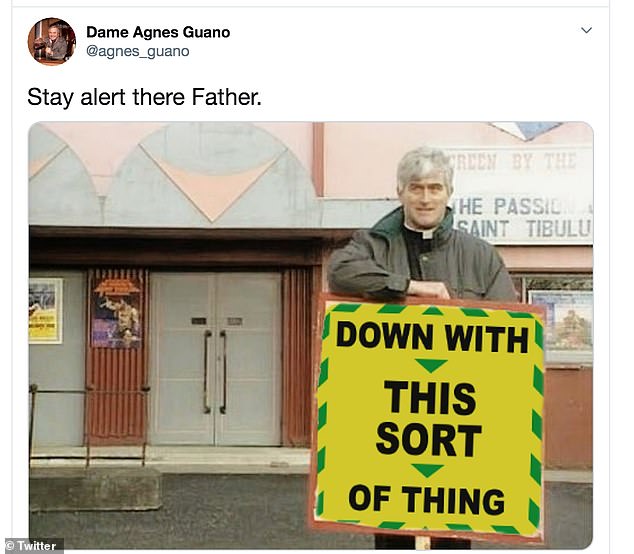 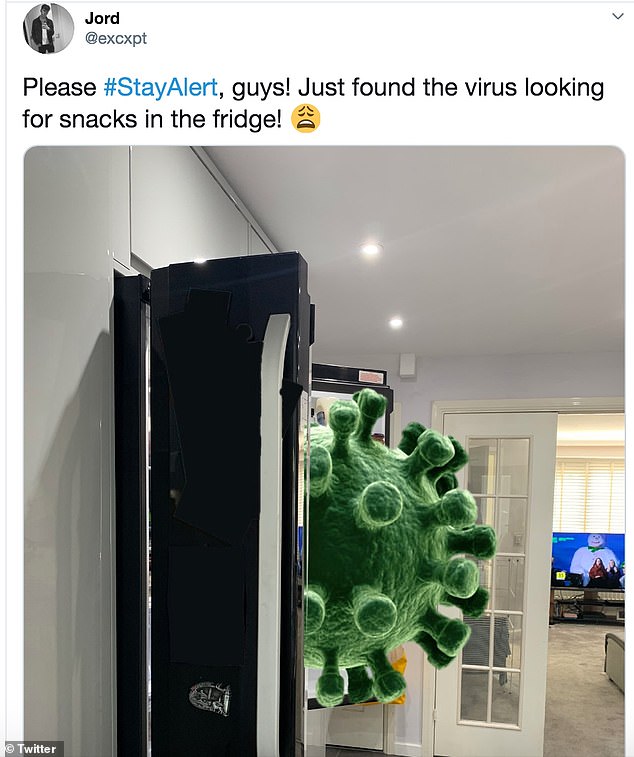 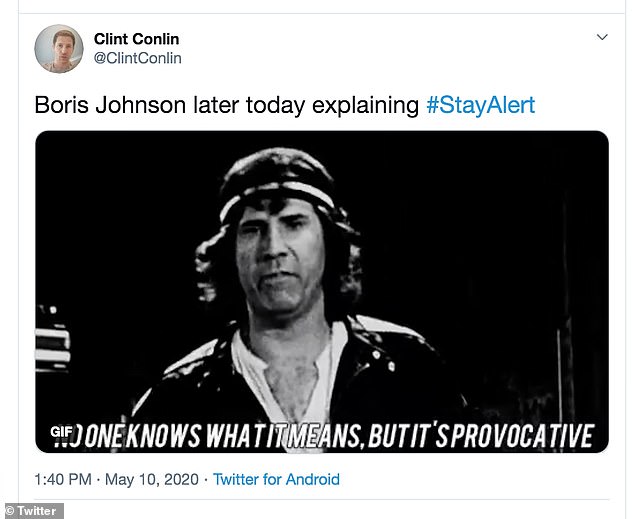 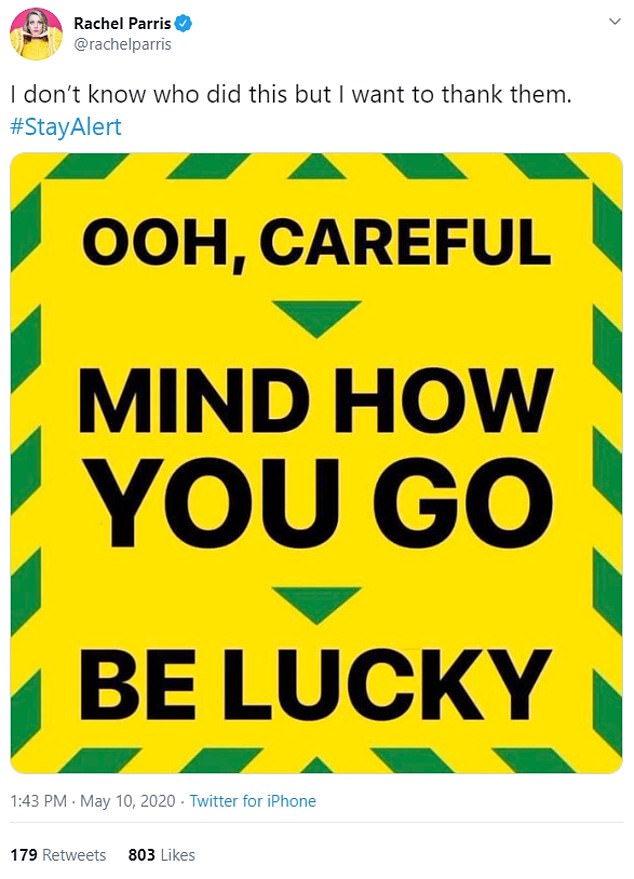 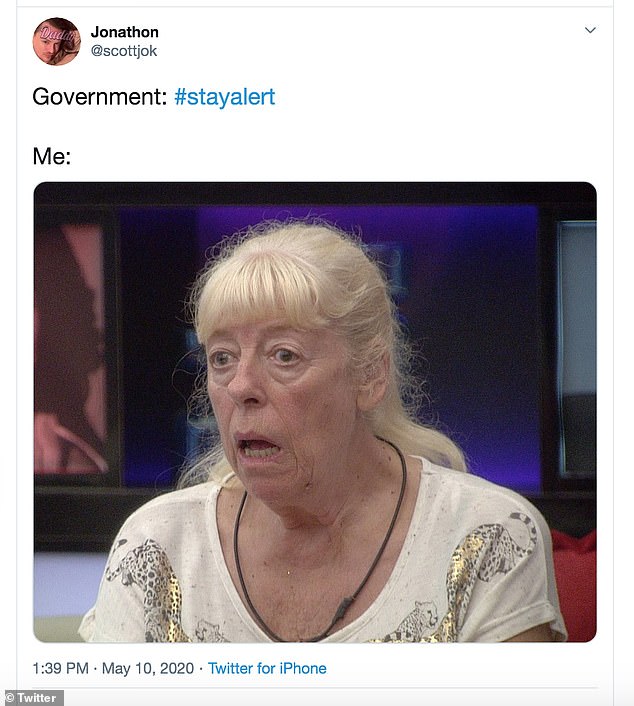 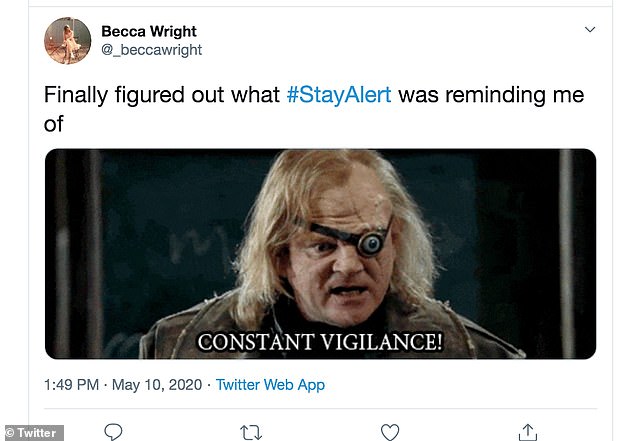 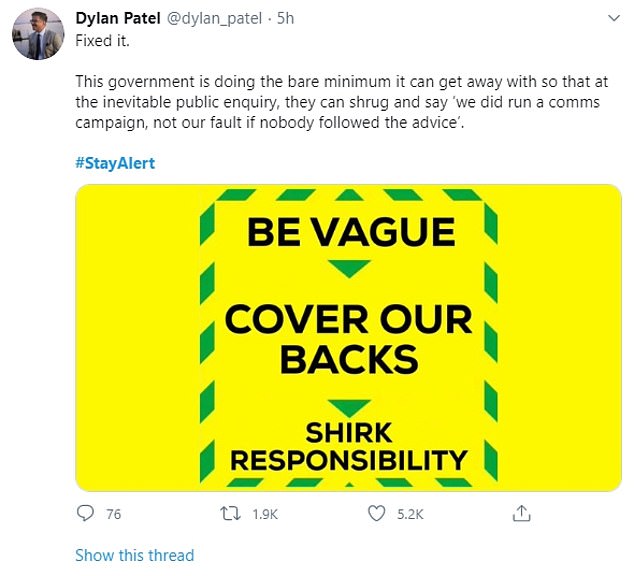 Nicola Sturgeon earlier today condemned getting rid of the old slogan and said she had not been informed of the change.

The First Minister added that she the simple original guidance would remain in place in Scotland.

In a tweet she said: ‘ The Sunday papers is the first I’ve seen of the PM’s new slogan. It is of course for him to decide what’s most appropriate for England, but given the critical point we are at in tackling the virus, #StayHomeSaveLives remains my clear message to Scotland at this stage.

Wales also indicated it would still tell people to stay at home.

In the face of accusations about mixed messaging, Mr Johnson posted a fuller version this afternoon spelling out that people are still being urged to ‘stay at home where possible’ and ‘stay alert’ when they do go out.