A retired Oakland, California police captain was shot and another person was killed Thursday during a shoot-out at an Oakland gas station, according to local reports.

The former officer, who officials did not identify, was pumping gas in the 1700 block of Castro Street around 1 p.m. when three suspects pulled up in a vehicle and attempted to rob him, Oakland Police Chief LeRonne Armstrong said. 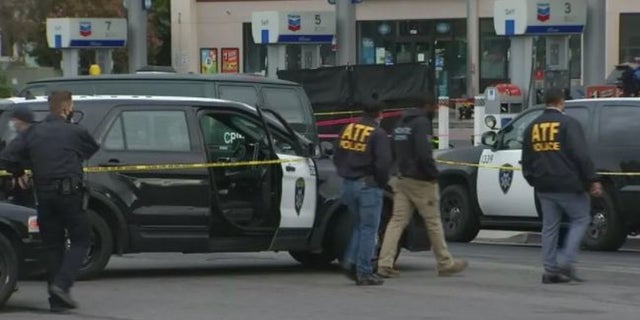 A former Oakland, Calif., police officer was shot during an attempted robbery at a gas station Thursday.
(KTVU)

“This highlights the violence that we’ve seen that in this city this entire year,” he said.

The former officer, who Fox affiliate KTVU-TV identified as Ersie Joyner, pulled out a weapon during the incident and opened fire, killing one of the three suspects, according to reports. 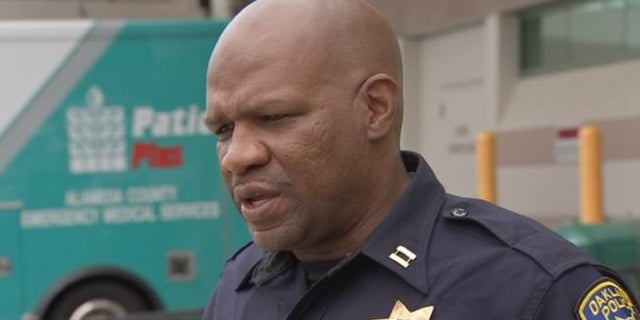 Joyner underwent surgery and was listed in stable condition. Police did not release the identity of the suspect who died.

No arrests were made, and authorities are looking for the two surviving assailants. 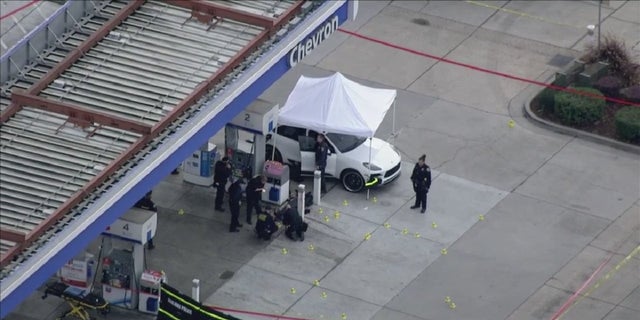 Oakland police investigators at the scene of a fatal shooting at a gas station where a former Oakland police captain was shot and a robbery suspect was killed.
(KTVU)

Joyner was the former head of the Oakland Police Department’s Ceasefire program, which coordinates law enforcement, social services and community members in an effort to reduce violent crime, KTVU-TV reported.