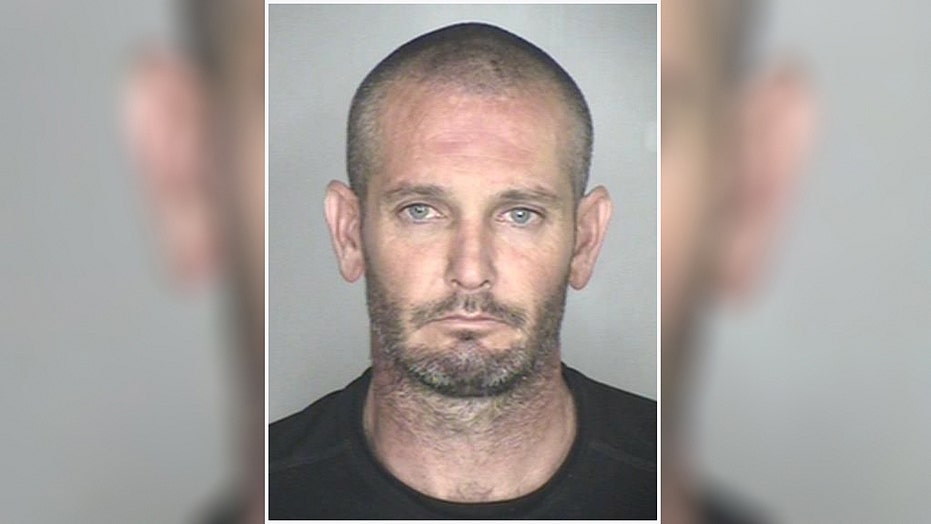 The California gunman whom a 15-year-old boy spent more than 30 hours hiding from in the Tahoe National Forest after he allegedly shot and killed his father was taken into custody after trying to run over two wildlife officers, investigators say.

John Thomas Conway, of Oroville, eventually was arrested on the Fourth of July following an officer-involved shooting and K-9 deployment, according to the Sierra County Sheriff’s Office.

“Even though the juvenile… spent the night alone in the forest, he was in good physical condition and did not require medical attention,” it said in a statement. “After giving him some food and water, officers transported him to the Sheriff's Office, where he was reunited with his mother.” 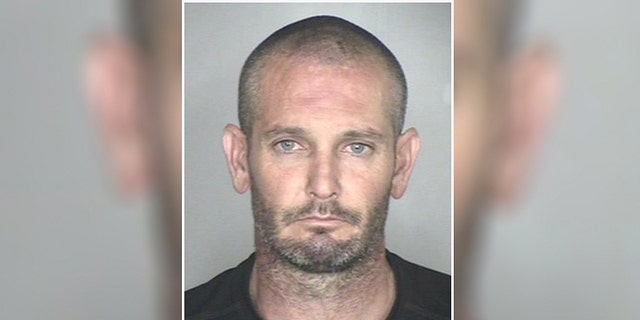 Police say the ordeal involving Conway began Friday after they received word that two people – who did not know him – sustained gunshot wounds in what “appeared to be a random act of violence.”

While transporting the pair to a local hospital, Jack Gershman called on a cellphone to report that his father Ari had been shot and that he ran off and become lost, the sheriff’s office said.

“The 15-year-old told the 911 dispatcher that he and his father, who was later identified as Dr. Ari Gershman, a physician from Danville, encountered the suspect while driving down a dirt road,” its statement read. “The suspect opened fire on Dr. Gershman and his son, killing Dr. Gershman.”

Ari Gershman had taken his son to the Tahoe National Forest for an off-roading trip in a new four-wheel-drive Jeep, according to a GoFundMe page set up for the family. 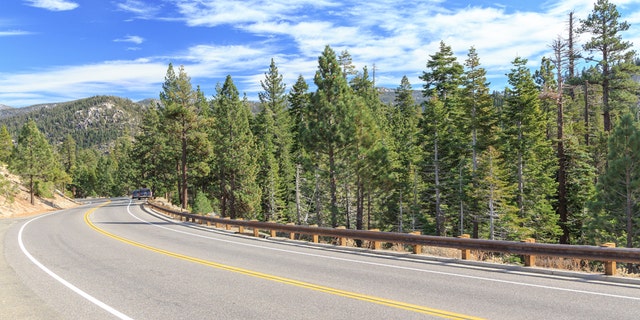 Police say they located Gershman’s body and the vehicle. A massive search effort by numerous law enforcement agencies was then launched for Jack and the suspect – who were both found Saturday, the Fourth of July.

“Shortly after locating the juvenile, the suspect approached two California Dept. of Fish and Wildlife officers and a U.S. Forest Service officer at high speed in [a] utility-terrain-vehicle,” the Sierra County Sheriff’s Office said.

The officers had set up a checkpoint and attempted to stop Conway, police say, but the 40-year-old did not obey.

“The suspect failed to stop and tried to run over the two wildlife officers and then fled south on Saddleback Road towards Downieville,” the Sheriff’s Office said in its statement.

“A third wildlife officer was positioned down the road in Downieville and started driving up the hill to block the suspects' vehicle,” it continued,” resulting in a collision as they were “attempting to take the suspect into custody.”

Conway, whom police described as immediately representing a “threat” to law enforcement, was arrested after the officer-involved shooting and K-9 deployment. The extent of his injuries was not revealed – but he was taken to a hospital after receiving medical treatment at the scene.

The Sheriff’s Office says the county district attorney is set to announce charges against him soon. Prior to this past weekend's arrest, Conway was wanted by the Butte County Sheriff's Office on a felony warrant charging him with battery, vandalism and two counts of making terroristic threats, the Chico Enterprise-Record reported in 2019.

“Ari was an avid bicyclist, a vegetarian, an outdoorsman, an internal medicine doctor, a devoted and loving father and fantastic friend that was willing to drop anything for his friends and family,” the GoFundMe page said.

Related posts:
July 8, 2020 World News Comments Off on California police detail chaotic arrest in shooting that led boy, 15, to hide in wilderness for 30 hours
Celebrity News:
Taylor Swift Earns First No. 1s On Alternative Albums, Hot Rock & Alternative Songs Charts
Kanye West Lays Out 2020 POTUS Plans: Support Faith-Based Groups, Reform Legal System & More
Country singer Cady Groves' cause of death revealed
Will Smith's Company Settles on Film Based on Serena Williams' Dad
Michelle Duggar: I'm ‘More in Love’ With Jim Bob ‘Than Ever’ in Quarantine
Recent Posts
This website uses cookies to improve your user experience and to provide you with advertisements that are relevant to your interests. By continuing to browse the site you are agreeing to our use of cookies.Ok