SIX Capitol Police officers have been suspended and 29 others placed under investigation as a result of their actions in the attack on the Capitol.

One of the officers suspended was the cop that took a selfie with a member of the mob that overtook the Capitol, according to Ohio Democrat Rep. Tim Ryan. 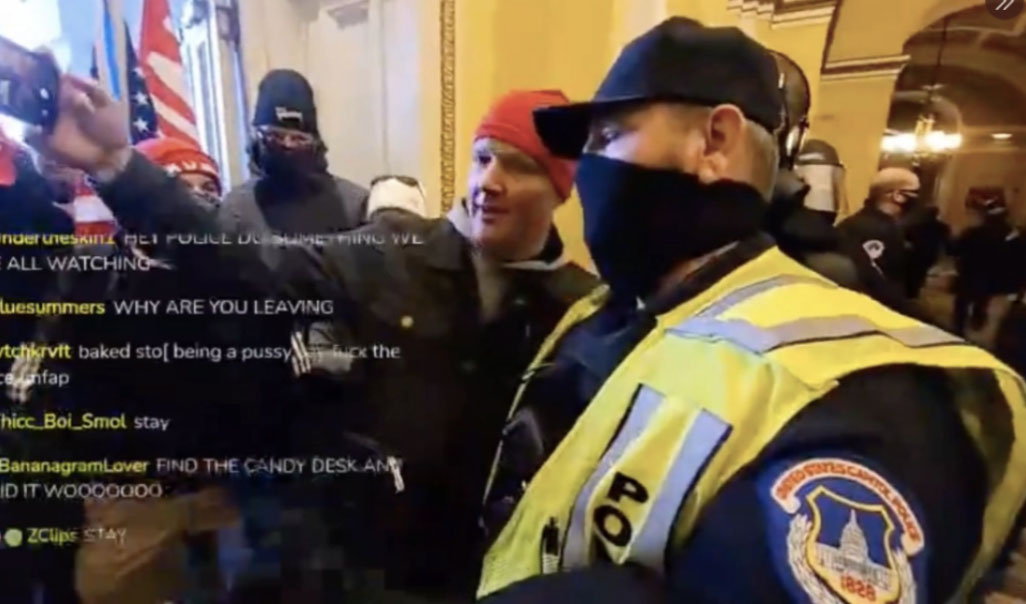 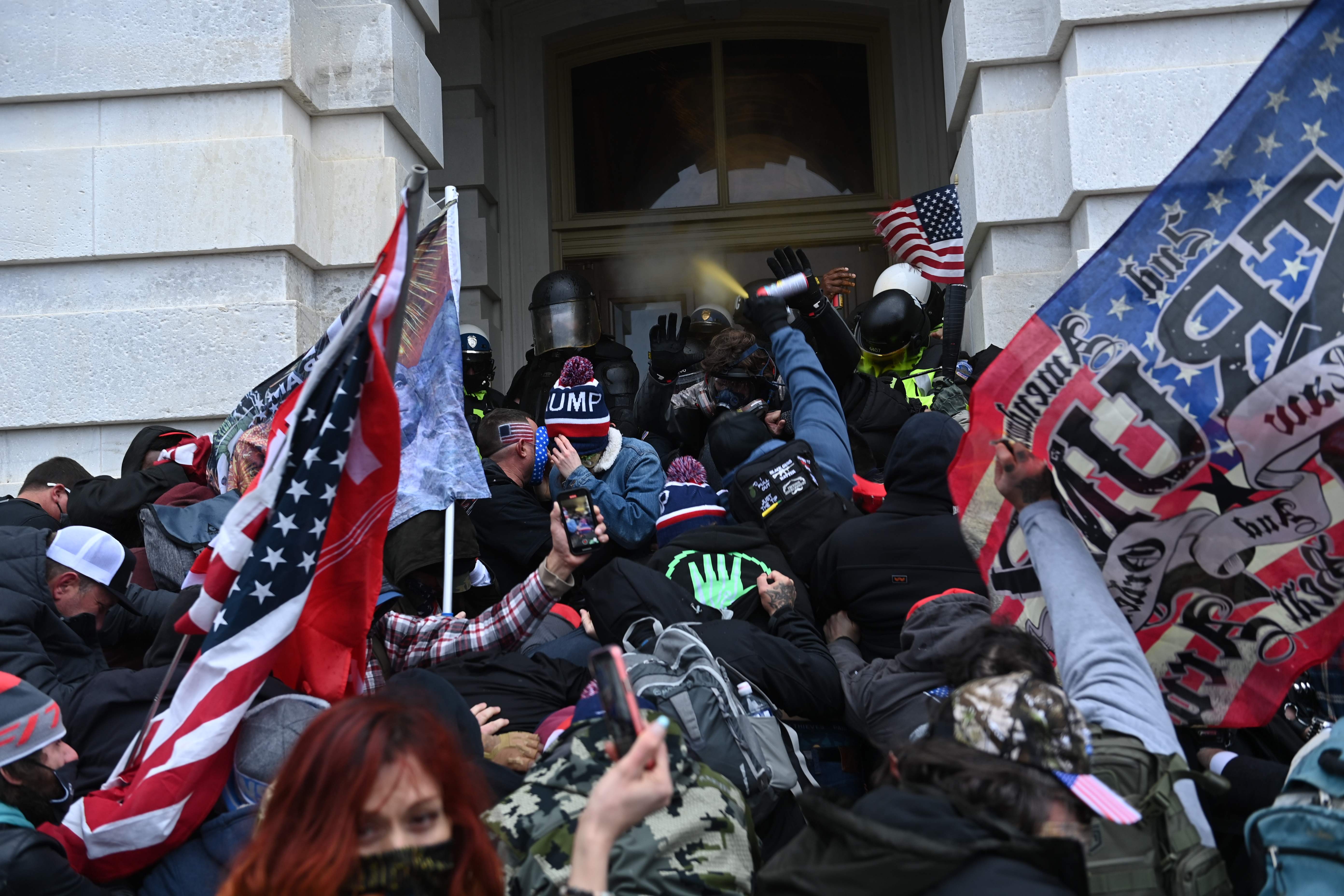 Another cop wore a “Make America Great Again” hat during the incident on January 6 and started directing people around the building, Ryan said.

Department spokesman John Stolnis told CNN: “acting Chief Yogananda Pittman has directed that any member of her department whose behavior is not in keeping with the Department's Rules of Conduct will face appropriate discipline.”

Days after the incident, the Sun reported that two Capitol Police officers had been suspended and one arrested for behaving inappropriately during the riots.

At the time, 10 to 15 Capitol Police officers were also under investigation for their behavior during the attack.

The disciplinary action comes at a time of internal turmoil at the department.

Officers continued to grapple with the insurrection leading to the death of Officer Brian Sicknick, who was fatally hurt in a clash with MAGA rioters during the incident.

Sicknick reportedly collapsed in his division office some time after he was assaulted by riotor with a fire extinguisher.

The officer was then taken to a nearby hospital where he was placed on life support, according to Capitol Police union chairman Gus Papathanasiou.

He died of his injuries around 9:30pm the day after the riots.

Earlier this month, members of the Capitol Police reportedly issued a vote of no confidence in the force's top leaders.

At least seven officers in five further departments across the United States had come under internal investigations as their presence in Washington during the assault came to light through social media or other means.

The number could grow, as investigators as well as the public sift through social media and lodge allegations that officers may have been involved in the siege.

Meanwhile, six more people linked to the far-right Oath Keepers militia group have been indicted on charges of planning the attack on the Capitol.

Young had allegedly arranged firearms and combat training for himself and others, through a Florida company.

In the lead-up to the attack, Bennie Parker allegedly communicated extensively with Jessica Watkins – another Oath Keepers affiliate arrested last month – about potentially joining her militia and combining forces for the events of January 6.

During the attack, authorities said the group wore tactical vests and helmets and marched up the centre steps of the east side of the U.S. Capitol in a “military-style stack formation” before breaching the door at the top and storming the building.

The six people arrested this week followed on from the arrest of three others who were charged last month; Thomas Caldwell, Jessica Watkins and Donovan Ray Crowl. 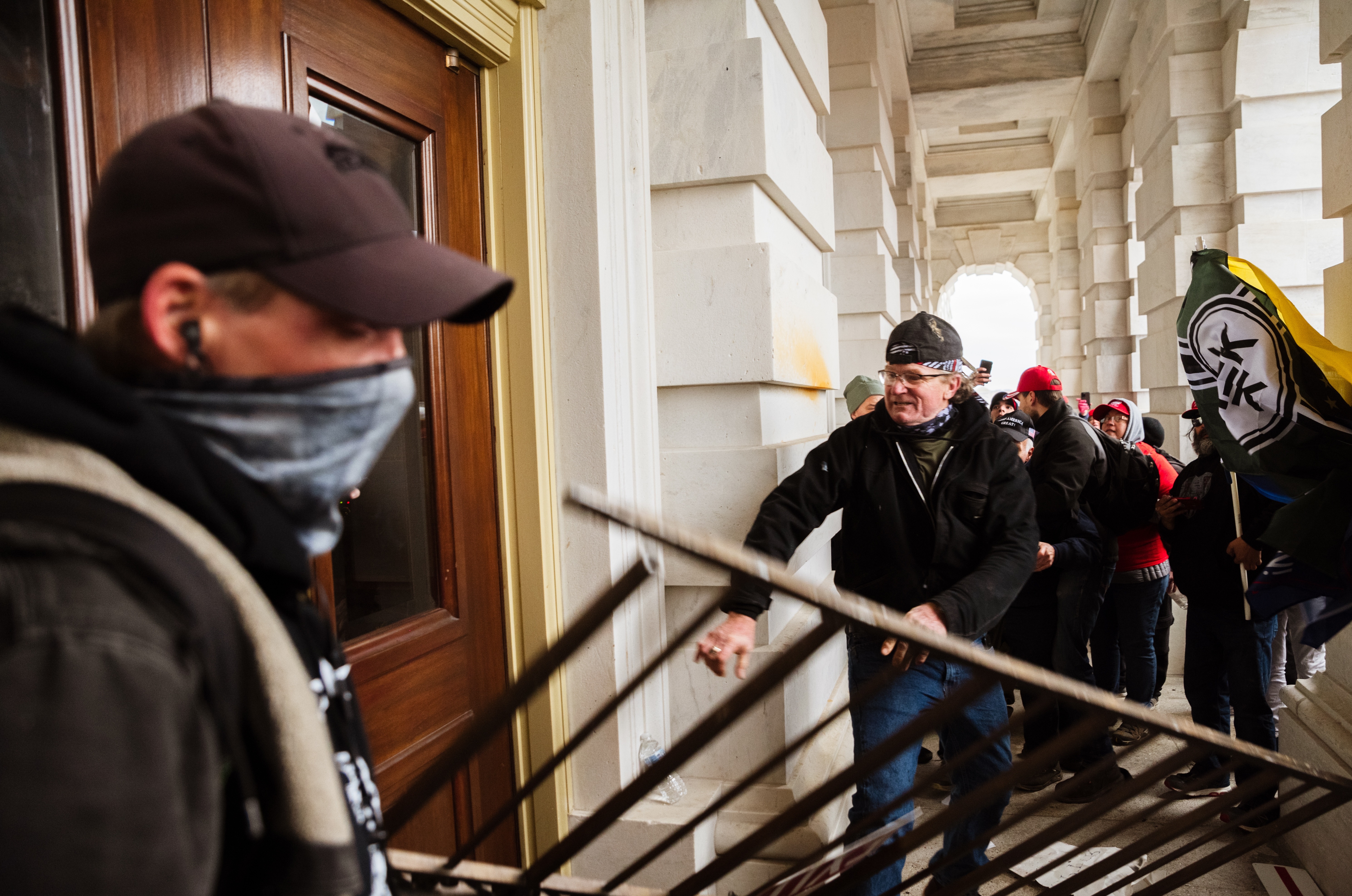 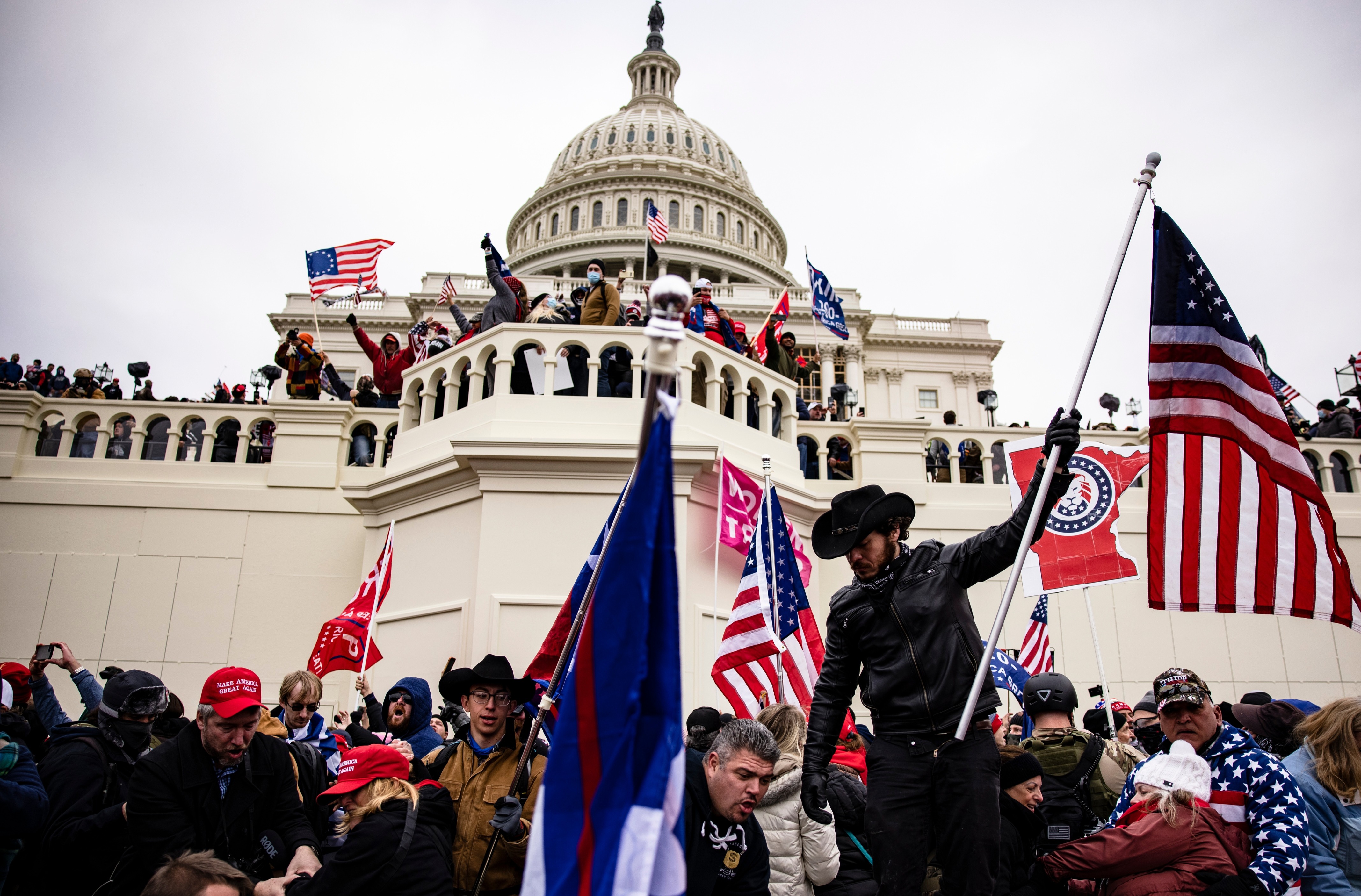