The squaddie who liberated Paris by accident: Amazing story of WWII soldier who blagged his way into the British Army by falsely claiming to speak German – then unwittingly led parade up Champs-Élysées in 1944 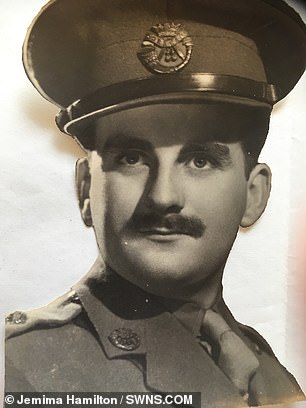 Harry Hamilton during his time in the army in WWII. Cheeky Harry Hamilton was a regular private but claimed to speak German – winning him a promotion to captain

The family of Brit WW2 soldier has revealed the extraordinary story of how he blagged his way up the army – then accidentally ‘liberated’ Paris.

Cheeky Harry Hamilton signed up to fight and falsely claimed to speak German – winning him a swift promotion to captain.

But his finest moment came when he was due to take part in a convoy up the Champs-Élysées to herald the official defeat of the Nazis in France.

Harry – who was supposed to be at the back – got lost when his lorry broke down during the event on August 26, 1944.

He was aware of where they were heading so tried to take a short cut – and ended up at the front of the parade.

Harry arrived on the famous street before the rest of the convoy and the top brass – including General Patton and General Charles de Gaulle.

He then unwittingly lead the procession up the famous street – with thousands of cheering French locals assuming he was in charge.

He was met with waves, kisses and applause and even handed bottles of champagne by people thanking him for defeating Hitler. 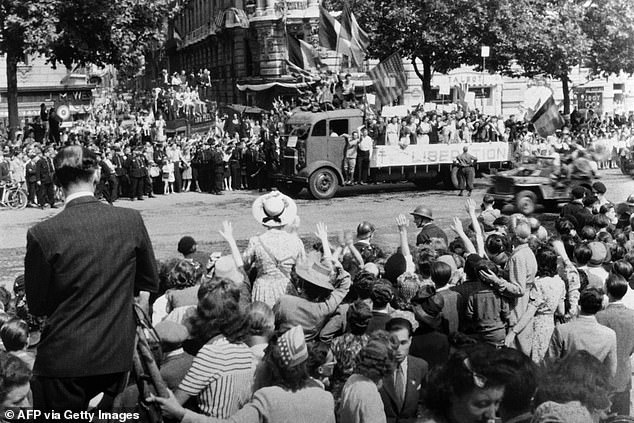 Picture taken on August 26, 1944 at Paris, after the battle for the liberation of the city, showing the joyful crowd waving the soldiers during the military parade

Harry died of pneumonia last month aged 98 and his daughter Jemima Hamilton, 36, has paid tribute to her dad.

She also revealed details of memoir he wrote detailing his tales of derring-do which ended in glory in the French capital.

Jemima said Harry, of Bexhill-on-Sea, East Sussex, would always joke years later that he ‘liberated’ Paris before anyone else.

She said: ‘When the war came he blagged that he could ride a motorcycle on the first day.

‘He then later blagged that he could speak German, which meant that he went from second lieutenant to captain in under a month.

‘At the end of the war he was assigned to the Americans, General Patton’s army, as they were keen to have a British presence. 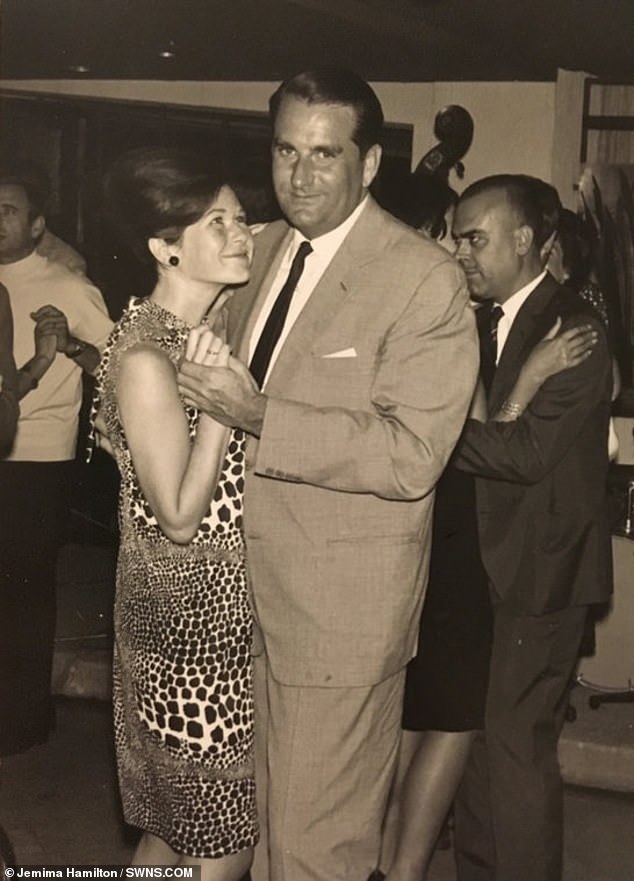 Harry Hamilton pictured with his wife Gillian. His finest moment came when he was due to take part in a convoy up the Champs-Élysées to herald the official defeat of the Nazis in France and he ended up leading the convoy

‘There was a convoy driving through Paris to demonstrate to the people the war had been won.

‘My dad was part of this convoy but his lorry broke down and by the time he managed to restart it the convoy had moved on.

‘He did not know the route they were meant to be taking and so just headed to the finishing point.

‘He beat the rest of the convoy and consequently was the first to drive down the Champs-Elysees, which erupted with cheers and applause for him.

‘He was even given a bottle of Lanson champagne by a stranger.

‘He always joked that he liberated Paris and always loved Lanson champagne..’

The former soldier – of the Duke of Cornwall’s Light Infantry regiment – wrote of his adventures in August 1944 in his memoirs.

‘At that time, I was part of the convoy [from Northern France], I suppose.

‘The convoy was aimed at Paris, but one of the lorries broke down and they asked me to stay with the lorry to see if we could get it going again, which I did.

‘General Patton went off before us.

‘But we got the lorry going and I knew that he was aiming at Paris, but he didn’t go the direct route, he went a slightly circular route in order to trap any troops.

‘I went on the direct route and arrived in Paris before he did. 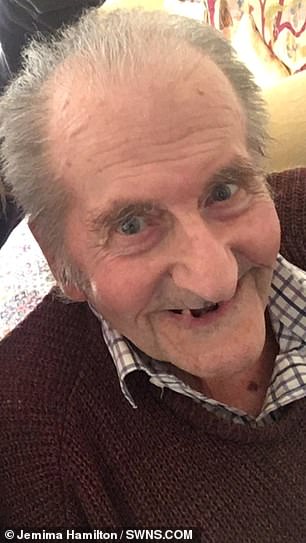 Harry passed away after a chest infection in February of this year. He worked as a journalist, solicitor, private detective and hortoculturist at various stages after the war

‘I drove down the Champs-Élysées and people were all cheering and everything. The girls were blowing kisses.

‘There was so much cheering and people in the road that I got out of the lorry and walked down.’

It was then that Harry, originally from Poole, Dorset, bumped into a professor armed with some celebratory alcohol.

He added: ‘He said to me: ‘I’ve been saving this bottle of Lanson for a great occasion and this is it’. I’ve always drunk it ever since.’

Harry also revealed in his memoirs that he managed to talk his way into the rank of lieutenant when he signed up.

‘They said: ‘Well, there’s a job as a liaison officer’, which means you had to take dispatches between various units and that would mean you got a full lieutenant straight away.

‘And so, having done that, I was on my little motorbike and I went to 45 division headquarters and they said: ‘Do you by any chance speak German?’.

‘So I said: ‘Well I did German at school, ja, ich sprech Deutsch’.

‘They said: ‘Well, we’ve got a vacancy for a G3 intelligence’, which meant promotion to a captain.

‘So I went from second lieutenant to captain in about a month.’

Harry passed away after a chest infection in February of this year.

He worked as a journalist, solicitor, private detective and hortoculturist at various stages after the war.

His wife, Gillian, passed away many years ago.

Daughter Jemima said: ‘He always joked that he liberated Paris. He told that to everybody – it’s a brilliant story.

‘He was a funny, kind and gentle soul. My mum always told me how lucky I was to have a responsible father.

‘We had a treasure trove of memories.’

Combined French and American forces – and some British – liberated Paris after more than four years of Nazi occupation on August 25, 1944.

General Charles de Gaulle then led the official liberation march down the Champs-Élysées the day after in front of joyous crowds.