China’s rich have changed their focus from making money to keeping it as President Xi Jinping introduces new measures to redistribute wealth among a swell of support.

The wealthy class in China has periodically felt the need to hide money from the government, but the recent “common prosperity” drive has caused a minor panic. The drive aims to narrow China’s wealth gap, but the language and practice of the proposed laws remain vague.

Beijing has launched anti-monopoly and data security crackdowns to tighten its control over internet giants, including e-commerce platform Alibaba Group and games and social media operator Tencent Holdings Ltd., which looked too big and potentially independent.

Xi Jinping, China’s president, delivers a speech after arriving at Macau International Airport in Macau, China, on Wednesday, Dec. 18, 2019. President Xi is expected to use a visit marking 20 years of Chinese rule over Macau this week to send a message to the protest-stricken financial hub some 50 kilometers (30 miles) to the east: work with us and get rich. Photographer: Justin Chin/Bloomberg via Getty Images

“Common prosperity” is a phrase Mao Zedong used in the 1950s and repeated by Deng Xiaoping in the 1980s.

The government regularly adopts policies that spook the ultra-rich: Some new laws around 2012 famously prompted the wealthy citizens of China to buy art as a means of laundering their money overseas. 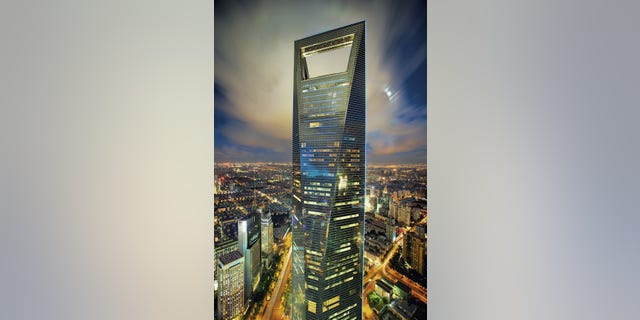 Border closures because of the pandemic have made moving money out of the country a more difficult process, and the government banned the trading of crypto – a popular method for moving money around.

“A few years ago, people were only concerned about how to invest,” Echo Zhao, a partner who advises for Shanghai SF Law Firm, told Bloomberg. “Now, they’re no longer eager to take chances.”

Keeping a low profile is the key: The ultra-rich have started to delete social media and disengage from it as well as refusing to conduct interviews. Doing so prevents their words from being used against them and interpreted as possibly anti-government.

Additionally, the need to move money within the country and to do so legally has seen the adoption of three primary methods: invest more in off-shore trusts; diversify holdings into green technology and foreign companies; and hire underground money changers to move money when necessary.

Each of these new approaches provides its own challenges as they are either new to China or face complications due to laws established by the government.

For example, a trust might seem an attractive way to protect against any possible inheritance tax the government might introduce, but without any idea of what laws might be introduced over the management of trusts themselves, advisors have told clients to retain as little control over assets as possible.