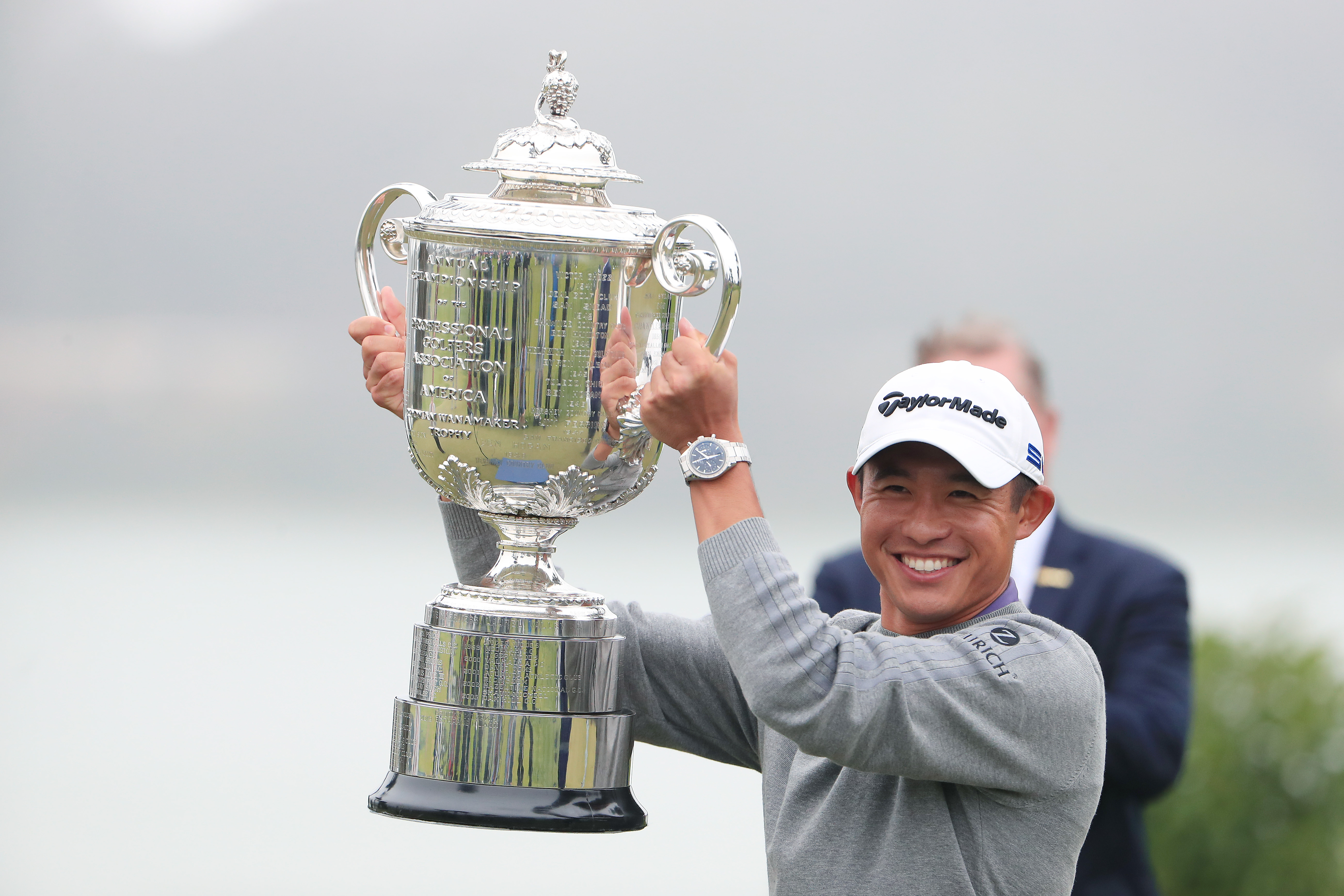 The 16th hole at TPC Harding Park curves gently to the right, a short par 4 made more difficult by the swirling crosswinds off the Pacific and the gargantuan Monterey cypresses that line the fairway. On Sunday, the pin stood 294 yards from the tee, tucked just behind a greenside bunker.

It won’t ever go down as one of golf’s great holes. But it’s already the most significant one in the career of Collin Morikawa, golf’s newest major champion.

Around 5:15 local time on Sunday afternoon, Morikawa stepped up to the tee at 16. He was tied with Paul Casey, a player 20 years his senior, and one stroke ahead of an entire truckload of challengers.

Morikawa’s caddy, J.J. Jackovic, asked him what he wanted to do. There was the option of hitting iron, a safe play that would have kept Morikawa on the safe path.

But there was another option. Go big, then go home with a trophy.

Morikawa took hold of his driver and set up for a left-to-right shot. The wind was coming from his left, and he unleashed a flawless drive. It only needed one kick to roll forward onto the green, and the ball did exactly that … stopping a mere seven feet from the cup.

“J.J. actually walked in the tee [box], and he never does that,” Morikawa said. “He was talking to the ball a bunch. I don’t really talk to it too much, but we were both screaming at it to get a good bounce, and we obviously got a very good bounce, and you just have to capitalize on those shots.”

One perfect eagle putt later, and Morikawa was two strokes clear of the field … a gap no one would close.

“Those are shots that you’ve got to take opportunities,” Morikawa said afterward, “and that’s what really separated me.”

A reminder: Collin Morikawa is 23 years old. He was two months old when Tiger Woods won his first Masters. He was 14 when Rory McIlroy won his first U.S. Open. He was in college just over a year ago. You’ve got tees older than him in your golf bag. Pick your he’s-so-young comparative, he’ll fit it.

But he’s already old enough to know how to seize control of a golf tournament. About 45 minutes before he hit that miraculous drive, he looked at the leaderboard — there were no fans to give him cues, of course — and saw opportunity in chaos.

“When I looked on 12, and there’s a party of us at 10-under,” he said, referencing the moment where seven players were tied at the top, “someone was going to separate themselves, especially with 16.”

That combination — a strategic mindset, a calm mind, an iron spine, a perfect touch — is rare in any golfer, much less one as young as Morikawa. There’s a reason he’s one of only four players to win a PGA Championship at age 23. The others? Woods, McIlroy and Jack Nicklaus. Decent company.

“Any time you’re in the conversation of the greats, Jack, Rory, Tiger, no matter who it is,” Morikawa said, “if you’re in that conversation, you’re doing something well.”

Morikawa’s got the kind of resume that gets golf fans projecting massive, even unreasonable accomplishments in his future. A former World Amateur No. 1, he won the very first PGA Tour event he played as a pro. He made 22 cuts to start his career, a streak bettered only by Woods. He’s already won three tournaments. This year’s PGA Championship was just his second major overall, after last year’s U.S. Open, and his first as a professional. That projects out to one hell of a career. Five majors? Ten? Could we be looking at the guy who’s going to pass Tiger and Jack, right here?

Let’s slow down. The PGA is famously friendly to single-major winners. Prior to Brooks Koepka’s back-to-back wins, six of the last nine PGA Championships have featured a winner that hasn’t won another major since. Morikawa’s on a moonshot trajectory right now, but there’s a whole host of players — many of whom have hoisted the Wanamaker Trophy — that we could have said that about as well.

For now, we can just enjoy Morikawa’s brilliance without worrying about how he’ll follow it up. If he plays anything like he did on Sunday, he’ll be out of the one-major club before too much longer.

“When I woke up today, I was like, this is meant to be,” Morikawa said. “This is where I feel very comfortable. This is where I want to be, and I’m not scared from it. I think if I was scared from it, the last few holes would have been a little different, but you want to be in this position … It doesn’t stop here. I’ve got a very good taste of what this is like, what a major championship is like.”