Washington: The coronavirus has been circulating undetected and has possibly infected scores of people over the past six weeks in Washington state, according to a genetic analysis of virus samples that has sobering implications amid heightening anxiety about the likely spread of the disease. 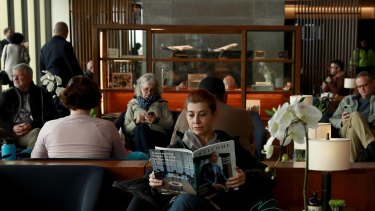 The airport in Everett, Washington, located in the county where two of the seemingly related coronavirus cases emerged.Credit:AP

One is from a patient who travelled from China to Snohomish County, north of Seattle, in Washington state in mid-January and was the first person diagnosed with the disease in the United States.

The other came from a recently diagnosed patient in the same county, a high school student with no travel-related or other known exposure to the coronavirus. 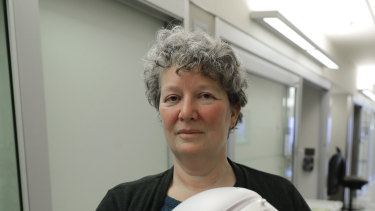 Robin Addison, a nurse at Providence Regional Medical Center, in Everett, Washington, the state where coronavirus cases have emerged. Credit:AP

California and Oregon, like Washington, have reported coronavirus infections in people who did not travel to regions hit hard by the outbreak or have contact with people known to be infected. The United States has dozens of other confirmed infections, the majority of them people who were among the passengers on the cruise ship Diamond Princess.

The international picture has continued to worsen, with spikes in cases in South Korea, Iran and Italy in recent days. Worldwide, almost 90,000 people have been infected with the coronavirus, and 3000 have died.

The research reported by Bedford is preliminary, and further analysis could alter the conclusion.

Bedford said it is possible but very unlikely that the genetic similarity of the two virus samples could be a coincidence and reflect two distinct introductions of the virus into Snohomish County by infected travellers, rather than sustained person-to-person spread within the community.

The CDC has been in touch with Bedford, and although agency experts note that his hypothesis has validity, scientists need more data, according to a Department of Health and Human Services official, who spoke on the condition of anonymity to talk candidly.

"It is far from definitive," the official said. The particular strain found in these two samples is widespread in China and elsewhere. It's possible that someone else introduced the virus into the community "that we didn't pick up," the official said.

Related posts:
March 2, 2020 World News Comments Off on Coronavirus may have spread undetected for weeks in US
Celebrity News:
Birds of a Feathers Lesley Joseph on Pauline Quirke not being on TV
Elon Musk got booed on stage at Dave Chappelles show in San Francisco
Gayle King Defends Prince Harry & Meghan Markle’s Netflix Docuseries!
Taylor Swift vs Olivia Rodrigo! | Perez Hilton
Scott Disick 'Regrets' How He 'Handled' Ill-Fated Relationship With Kourtney Kardashian As He Tries To Move Forward
Recent Posts