The new owner won't ever be able to walk into the two-bed terraced house through the front door – because there isn't one. 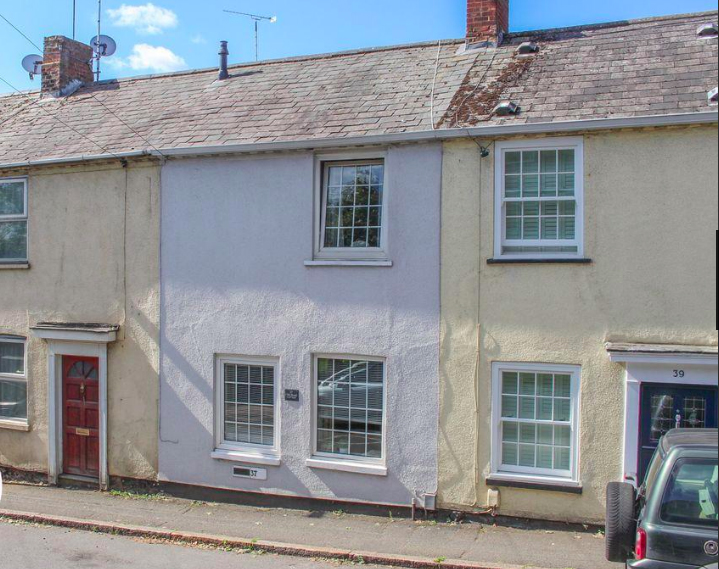 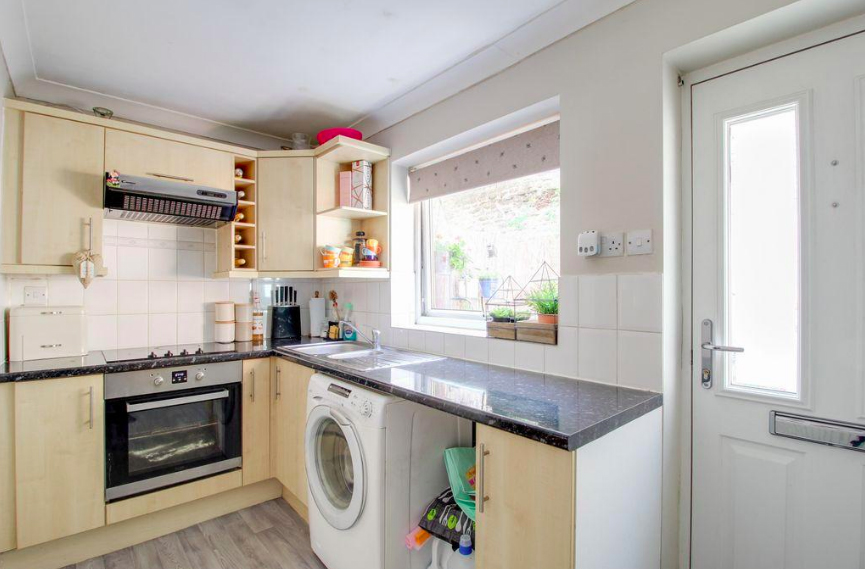 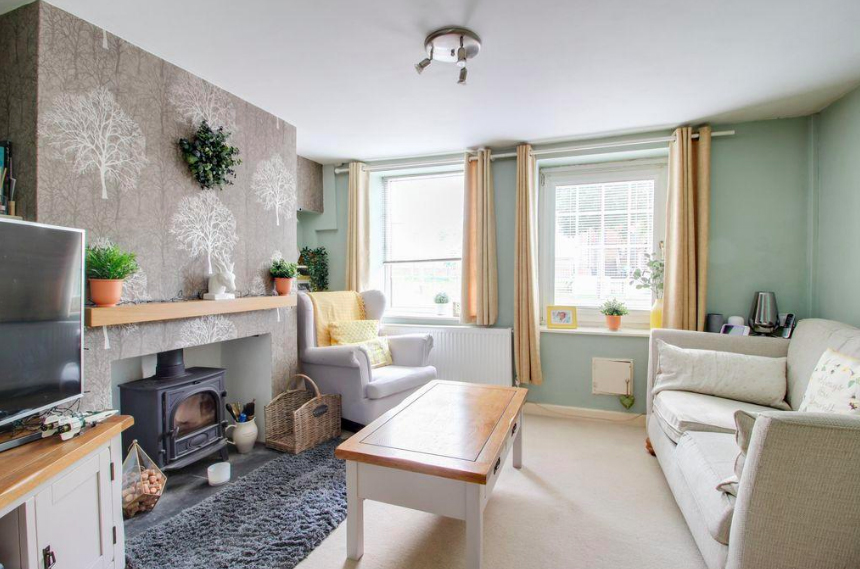 The quirky property in Leighton Buzzard is thought to be one of the few in the UK without the obvious addition of a front door.

Instead, its owners get in through a single back door accessed through a paved courtyard.

Instead of a front door, it features a large window which looks out onto the street.

To get in, owners – quite literally – must go around the houses, walking in through the private garden.

And despite the obvious drawback of there being no door, previous owners have solved the problem in style. 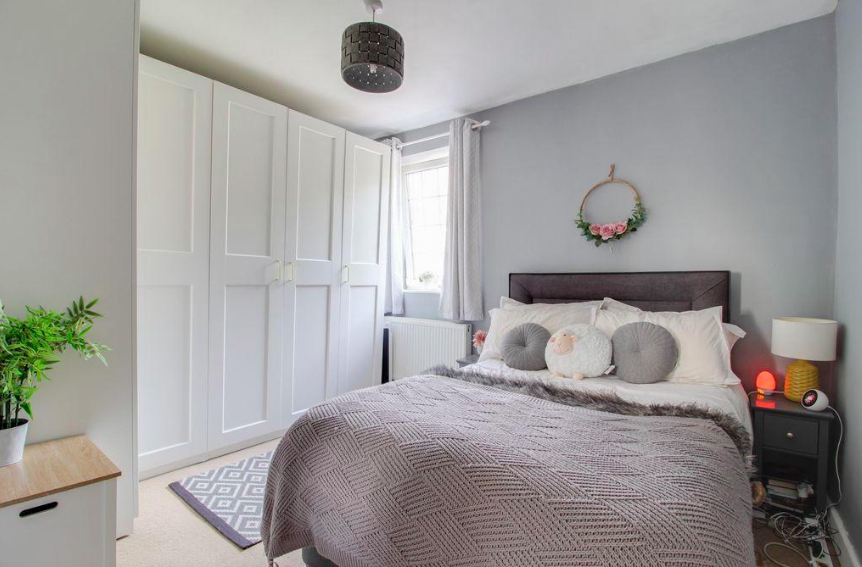 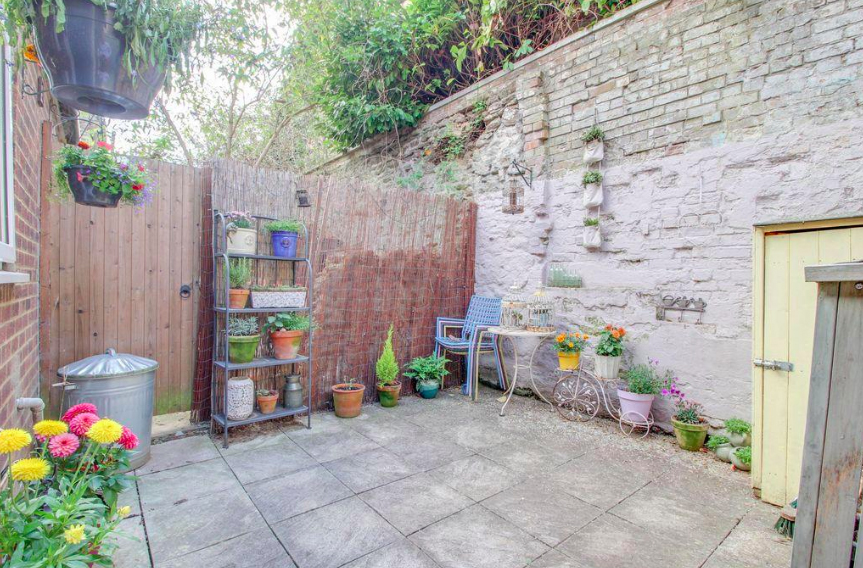 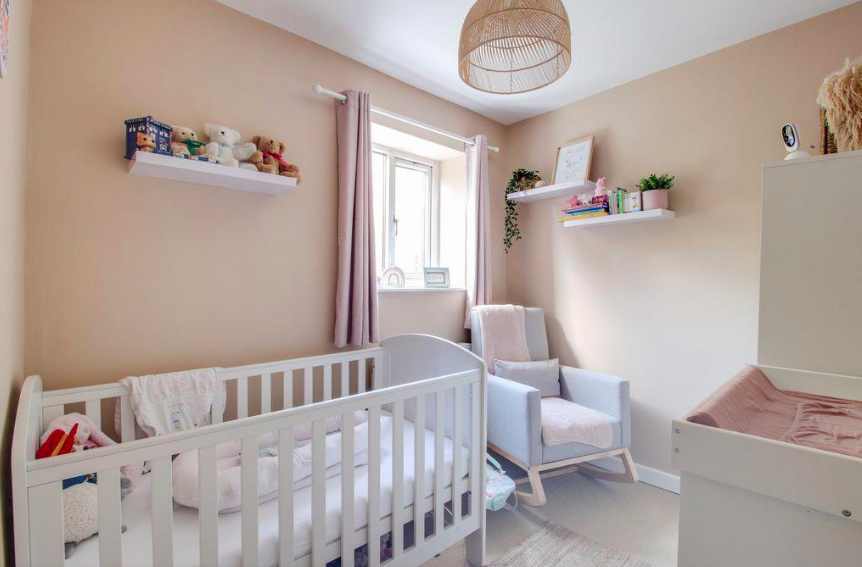 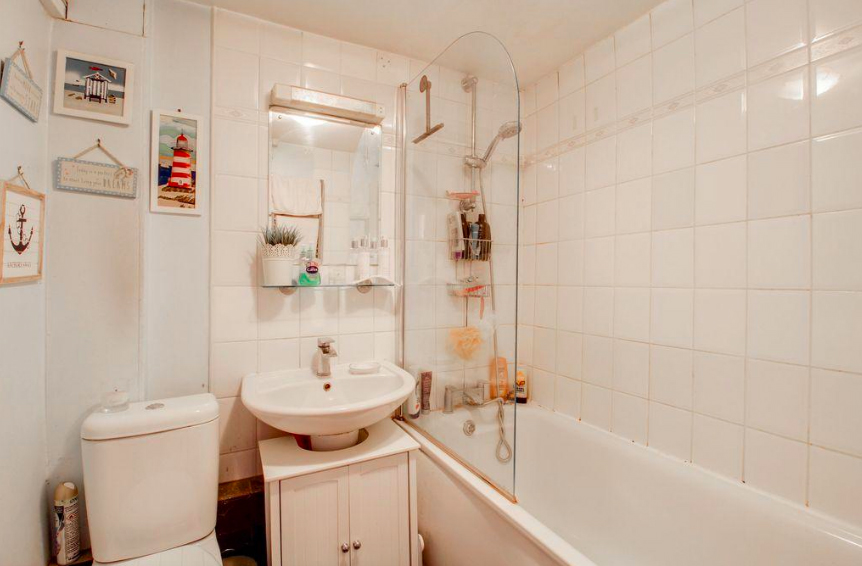 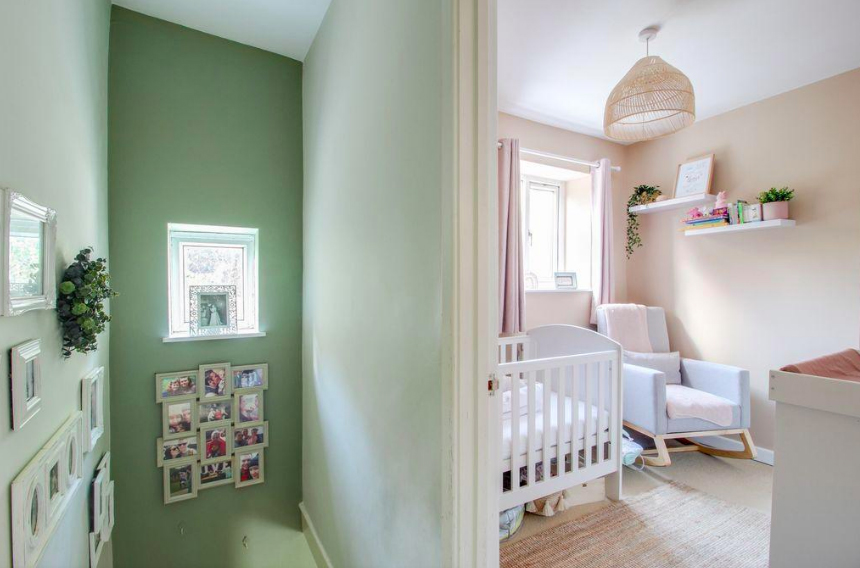 There's a post box beneath one of the street-level windows, and mail arrives through the wall into a hatch in the living room.

The back door also features a letter box for especially enterprising posties.

The front room also features a wood-burning stove and two huge windows – built instead of the door.

Upstairs, there's a master bedroom and a smaller bedroom, which is currently being used as a nursery.

There's also a bathroom featuring a bath with shower.

Agents at EweMove say: "The house is practically laid out, entering through the rear courtyard, past the new front door, into the kitchen which has a window to the back.

"There's an inner hallway area which has the main bathroom off of it.

"The bathroom has a bath with shower over, as well as basin and WC.

"To the front is the living room. This cosy room can be made cosier thanks to the central fireplace and wood burning stove.

"Upstairs there are two double bedrooms."

Earlier this year, Sun Online shared the story of a house with another unusual surprise.

A Grade II-listed property in Cranford, Northamptonshire hides a host of eye-catching secrets in every room, from a stuffed stag's head to gold-coloured bedrooms.

And this month, the UK's ultimate lockdown pad went on the market for £9.5million.

The amazing home features its own cinema, gym – and even a nightclub.

Related posts:
August 12, 2020 World News Comments Off on Cosy two-bed terraced house could be yours for just £210k but it has NO front door
Celebrity News:
Who Went Home on ‘Dancing With the Stars’ 2020? Spoilers for Week 6 Elimination!
Charlize Theron Honors Regina King for 'Changing the World'
When Does Clare Leave ‘The Bachelorette’? Fans Are Waiting For Tayshia
Who Is Andy Dalton's Wife, Jordan 'JJ' Dalton?
Kristen Bell Explains Why She Quit Using Recreational Marijuana 2 Years Ago — 'I'm Always Around My Children'
Recent Posts
This website uses cookies to improve your user experience and to provide you with advertisements that are relevant to your interests. By continuing to browse the site you are agreeing to our use of cookies.Ok