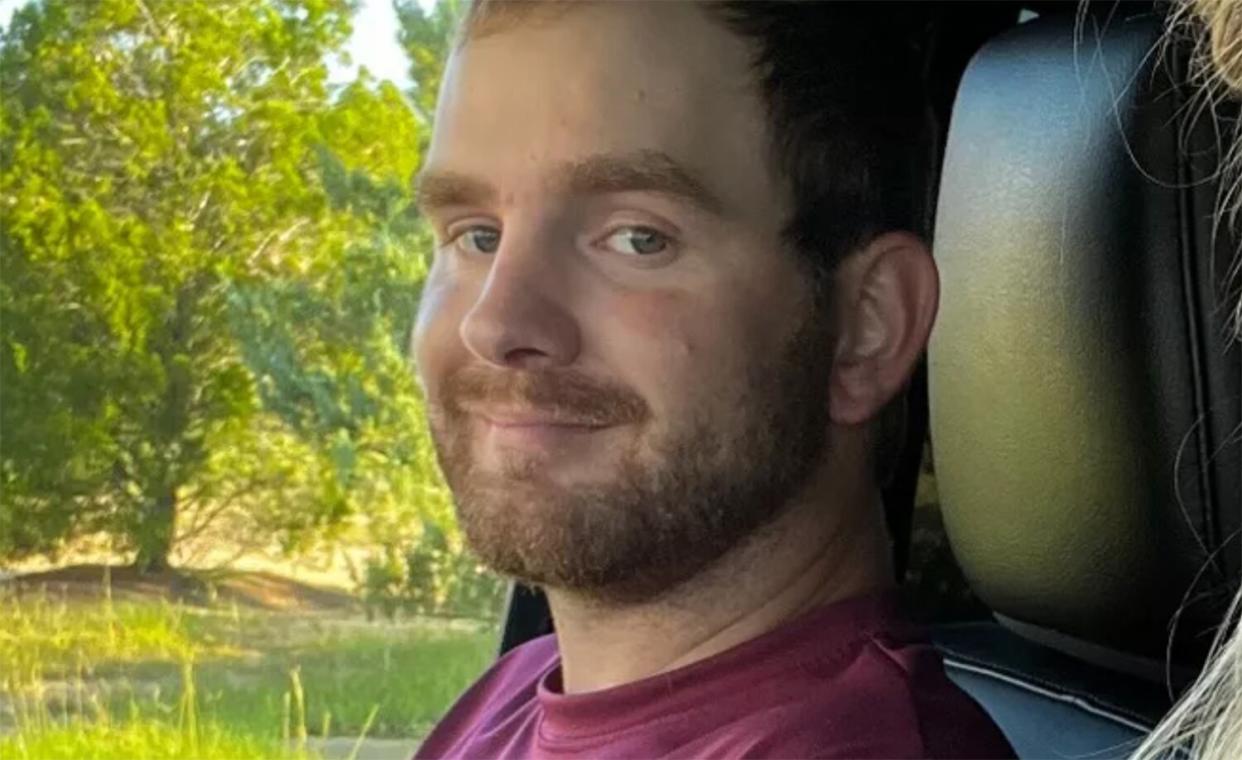 It was supposed to be a relaxing Thanksgiving cruise to Cozumel, Mexico, for James Michael Grimes, a construction worker from Valley, Ala. Instead, he fell overboard and spent hours in the Gulf of Mexico before being rescued. In this week’s issue of PEOPLE, he credits his daughter with helping him stay alive.

“I kept thinking about how badly I wanted to see my 9-year-old daughter Annabeth while making up songs that I sang to myself,” Grimes, 28, says of getting through his darkest moments while stranded at sea, with nothing but his clothes — not even a phone — with him.

Grimes boarded the Carnival Valor in New Orleans on Nov. 23, planning to spend quality time with 17 loved ones from his mother’s side of his family.

“That first night after the ship left New Orleans, I had some beers and wine, and then I won a free drink in an air-guitar competition,” he says.

It would be his last memory of his time on the cruise, Grimes says, because after leaving his family at a bar, he fell overboard into the Gulf of Mexico.

“The next thing I remember is waking up in the water,” he says. “The boat was out of sight. I thought, ‘Wow, this is for real. I’m out here in the sea.'”

RELATED: Passenger Who Fell Off Cruise Ship Was ‘Dead Set’ on Surviving 20-Hour Ordeal: ‘My Worst Fear Is Drowning’ 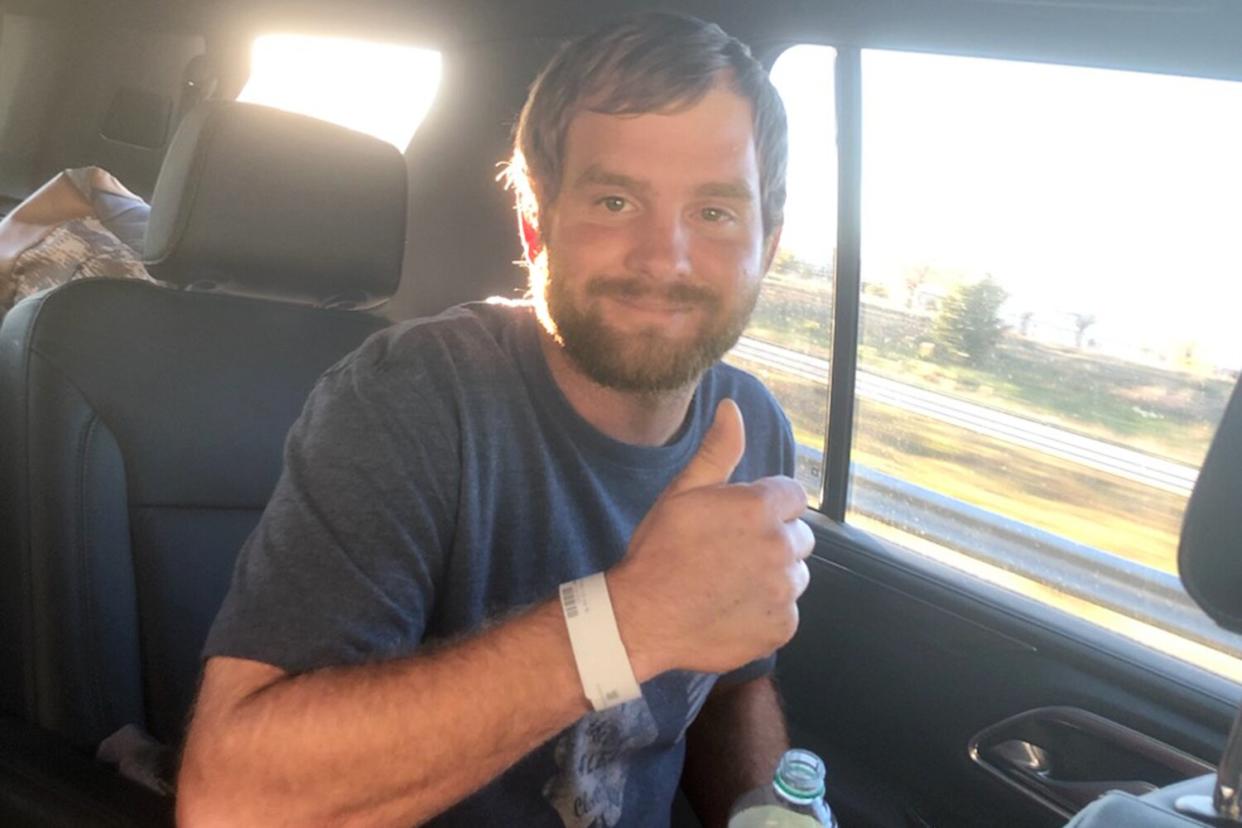 The next day his sister couldn’t find him and reported him missing, prompting Carnival and then the U.S. Coast Guard to begin an extensive search — all while an exhausted and drifting Grimes struggled to stay afloat.

“Drowning has always been my biggest fear,” explains Grimes, “so I told myself that I wouldn’t stop swimming.”

For more on Grimes’ incredible survival story, pick up the latest issue of PEOPLE, on newsstands Friday, or subscribe here.

Over the next several hours, Grimes would encounter “two swarms of jellyfish that stung me pretty good all over my legs, arms and neck,” he says.

But the scariest part was seeing what he thought was a shark: “I spotted a fin about 15 feet away that was heading to me,” he says. “I put my head underwater and opened my eyes to look at it. I’m not sure if it was a shark, but it bumped my leg, and I kicked. It never came back.”

RELATED: Passenger-Turned-Pilot Thought of Pregnant Wife When He Took Over Plane in Emergency: ‘I Can’t Die Today’

After the sun went down, “I spotted two ships and spent hours swimming to them,” he says. “I’d gotten so sunburned that I was really shivering once night set in. I told myself that I had to make it to one of those boats. I wasn’t sure how much longer I could go on.”

Eventually, he got close enough to a ship for a person to spot him. “I saw someone on the deck and started yelling, ‘Help!'” Grimes says. “Someone strapped a flashlight to a life preserver and threw it, but waves kept pushing me away from it.”

A voice eventually yelled out to Grimes, “the Coast Guard is 15 minutes out,” he says. “Minutes later a helicopter circled over me. I pulled off my boxers and waved them over my head, trying to make sure they saw me.”

A rescuer swam to Grimes and put him in a basket that was airlifted to the helicopter, he recalls. Finally safe, Grimes told the rescuer that he “didn’t know how much longer I would have lasted after almost some 18 hours in that water.”

Matt Lupoli, Carnival’s senior manager of public relations, told PEOPLE after the rescue, “We greatly appreciate the efforts of all, most especially the U.S. Coast Guard and the mariner who spotted the guest in the water.”

Grimes spent five days recovering from the ordeal in the ICU. Without insurance, he’s facing medical bills that his sister Sherry is trying to get help covering via a GoFundMe campaign.

“I’m still bruised up and sore, but it’s a miracle I survived,” he says.