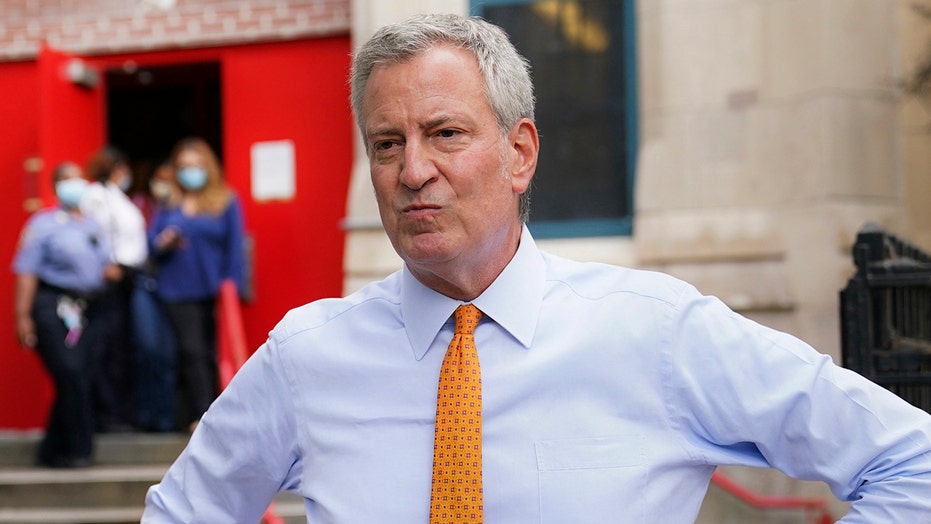 New York City will not be reopening K-12 classrooms on Sept. 21 but will instead delay K-5 and K-8 schools until Sept. 29 and middle and high schools to Oct. 1 due to coronavirus risks, Mayor Bill de Blasio said Thursday.

Until then, students will continue with remote learning, which began Wednesday.

"Obviously, remote learning has begun already. … We are doing this to make sure that all the standards we've set can be achieved," de Blasio said during a news conference. "We have to have social distancing throughout schools, cleaning constantly, face coverings on students and adults alike."

NYC MAYOR'S OFFICE, INCLUDING DE BLASIO, TO BE FURLOUGHED FOR A WEEK AMID BUDGET CRISIS

This is not New York City's first delay. Earlier in September, de Blasio delayed reopening classrooms to Sept. 21 in a deal struck with the city's powerful unions representing teachers, staff and administrators. 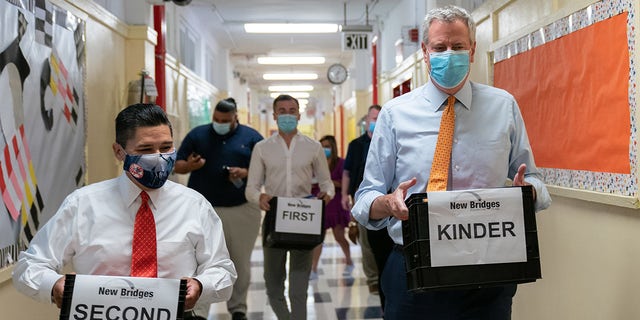 "This is a huge undertaking," de Blasio said, adding that the school system will hire 2,000 more educators in addition to the 2,500 additional educators set to be hired.

The development comes after de Blasio emphasized for months that the city's 1.1 million public school students need schools to resume in-person instruction this fall after the coronavirus abruptly forced a thorny plunge into remote learning in March. New York City students had their last day of in-class instruction on March 13. All schools statewide were closed by March 18.

Related posts:
September 17, 2020 World News Comments Off on De Blasio again delays return to classroom; middle, high school students must wait until Oct. 1
Celebrity News:
Iggy Azalea shares photo of Onyx Carter after split from baby father Playboi Carti
Katie Piper hits back at cruel troll who called her ‘repulsive’ and ‘ugly’ following recent eye operation
Ne-Yo Plans to Have New Baby to Seal Reunion With Wife
Larenz Tate Reveals Jada Pinkett Smith Turned Down Role in 'Dead Presidents' Because of Tupac Drama
What you didn’t know about Borat star Maria Bakalova
Recent Posts
This website uses cookies to improve your user experience and to provide you with advertisements that are relevant to your interests. By continuing to browse the site you are agreeing to our use of cookies.Ok