THIS is the moment a Met Police PCSO was allegedly caught performing a sex act on himself as he sat on a park bench in broad daylight.

The copper is in custody today after a passer-by recorded the grim footage in Croydon, South London, before posting it online. 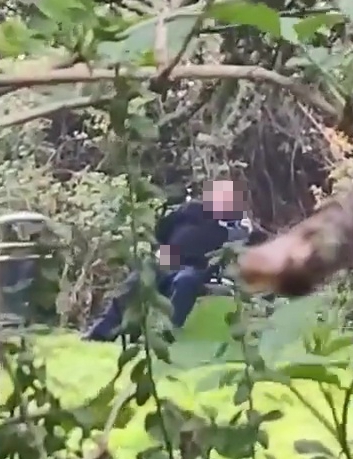 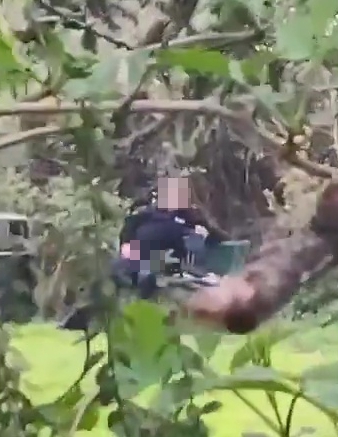 The 33-second clip has since been viewed thousands of times on Twitter.

It begins with the camera zooming in on a bench in a clearing.

The officer then comes into focus. He holds a mobile phone horizontally in one hand, while the second is at trouser level.

He then appears to pleasure himself in full view of the camera.

Read more on the Met Police

Girl, 14, is ‘youngest e-scooter death in UK’ as doc tells of battle to save her

The cameraman later confronted the PCSO and photographed his badge number.

He shared a clip of himself pointing at the officer.

The PCSO, who appears to be aged in his 40s or 50s, was then filmed leaving the park without speaking.

The film has been shared hundreds of times after it was posted on social media yesterday.

END OF AN ERA

Within hours, the Met confirmed an "urgent investigation into the circumstances was taking place".

And today, the force said a man has been arrested.

He continues to be quizzed by detectives this afternoon.

A spokesperson said: "On Thursday, March 31, a man was arrested on suspicion of outraging public decency.

"He remains in custody.

'The man arrested is a serving Police Community Support Officer attached to the Roads and Transport Policing Command.

"The arrest follows a video which was circulated online which came to the attention of police.

"Enquiries into the circumstances are ongoing."

Commander Kyle Gordon, who is in charge of the Roads and Transport Policing Command, said: "I know that everyone will be absolutely shocked by this video.

"I am absolutely horrified and saddened by incidents such as this, as are all decent officers and staff. They are contrary to everything we stand for.

"I would like to reassure everyone that we are working as fast as we possibly can to identify the full circumstances of what took place.

"As soon as we became aware of the video just before midnight we acted immediately.

"Officers worked throughout the night and a serving member of police staff was arrested in the early hours of this morning and taken into custody.

"As a criminal investigation is now under way we are limited in what further details we can discuss. However, we will keep the public updated at significant stages of the inquiry."

The Directorate of Professional Standards has been informed.

A referral has also been made to the Independent Office for Police Conduct.

A well-placed source told MailOnline: "For a PCSO to be filmed doing that is hugely embarrassing, it beggars belief.

"I just can't understand what he was thinking.

The film heaps yet more shame on the embattled Met following months of scandal and horror.

Earlier this month, he was also charged with four counts of indecent exposure, which allegedly took place before the killing.

Last December, two officers officers were later jailed for sharing images of the bodies of Nicole Smallman and Bibaa Henry.

The sisters were murdered as they celebrated a birthday party in a London park.

Ex-head girl ‘faked the will of old headmistress in bid to claim her £4.2m estate’

An IOPC report then uncovered racist, homophobic and misogynistic messages between officers based at Charing Cross police station.

The discovery led Priti Patel to blast the Met for a "failure of leadership". 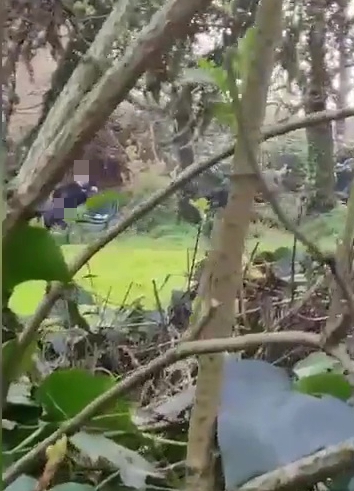