A runaway driver pulled an impressive ‘Fast and Furious’-style stunt on a Virginia highway on Thursday after he pinned a cop car and flipped it while he was evading police.

Maryland driver Douglas Johnson Jr, 31, allegedly began the chase after he struck a state trooper’s squad car on Interstate 95 and fled from the scene.

Johnson intentionally rammed into the patrol car twice and forced it off the road and into a wall, causing the vehicle to flip onto its side.

Deputies from the Fairfax County Sheriff’s Office eventually caught up with the suspect’s vehicle and arrested Johnson. He was charged with felony speed to elude.

The injured trooper, who had been wearing a seat belt, was taken to Fairfax Inova Hospital where he was treated for minor injuries.

DailyMail.com reached out to the Fairfax County Sheriff’s Department. 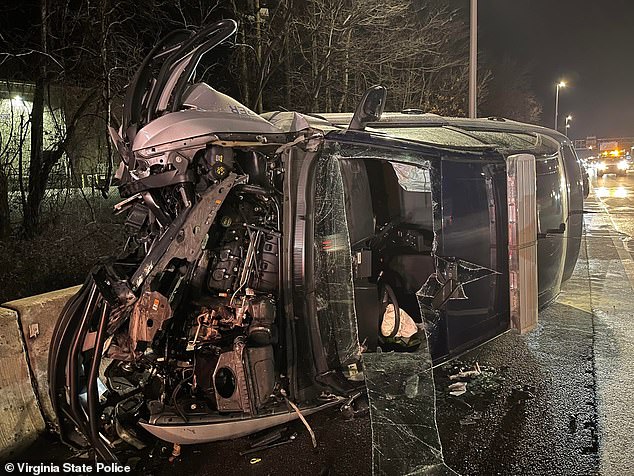 Maryland driver Douglas Johnson Jr, 31, pulled a Fast and Furious stunt on a Virginia state trooper on Thursday after he pinned his squad car against a wall and caused it to flip over 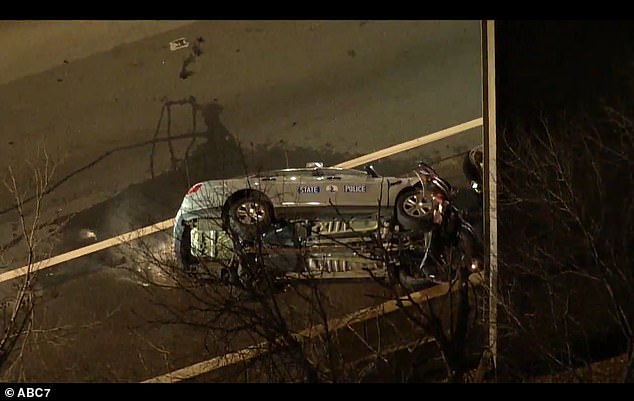 The trooper had been in pursuit of Johnson after he struck his car with his Chevrolet Malibu and fled the scene. The trooper was taken to Fairfax Inova Hospital where he was treated for minor injuries 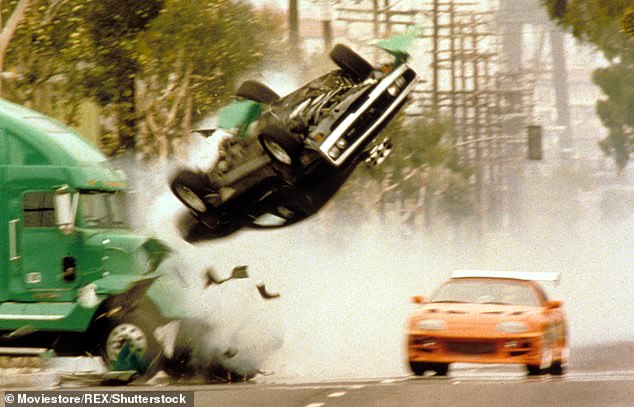 The high-speed cinema chase started at around 5 p.m. in Prince William County when a Virginia state trooper was assisting his colleague with a traffic stop off on the shoulder.

Johnson was traveling northbound on the highway when he struck the squad car, which had its emergency lights on, with his black Chevrolet Malibu.

The trooper then chased after Johnson after he fled from the scene and followed him in pursuit of issuing another traffic stop.

Virginia State Police also issued a ‘Be On the Lookout’ in an attempt to track the Malibu down.

After the trooper eventually caught up with Johnson’s vehicle, he then intentionally rammed into the vehicle twice and forced it off the road. 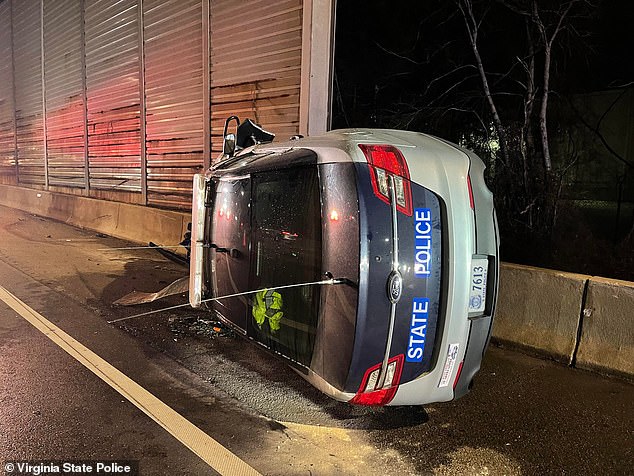 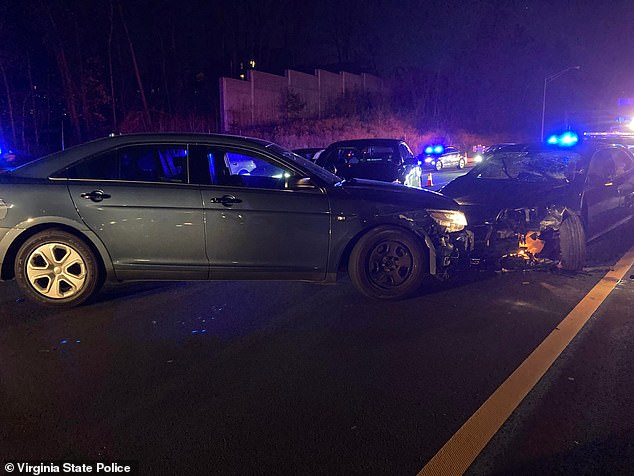 Deputies from the Fairfax County Sheriff’s Office caught up with Johnson and used the PIT maneuver, a tactic to stop fleeing vehicles, to end the pursuit

Johnson then pinned the trooper against the wall until the squad car flipped on its side.

The squad car remained on the shoulder with the injured trooper inside as Johnson fled the scene and continued northbound.

As Fairfax County officers were on their way to assist the trooper, they noticed the fleeing Malibu shortly after the crash and promptly joined the chase.

The officers then used the PIT maneuver, a tactic used to stop fleeing drivers, and ended the chase in the area of I-395 and Duke Street.

The Malibu suffered severe damage to the front of the vehicle and the windshield was cut open, possibly to let Johnson out. He was arrested and charged at the scene.

The investigation of the two crashes remain ongoing.