Appointed by Governor Kemp to temporarily replace the seat left vacant by Isackson, Loeffler struggled to say why voters should vote for her opting instead for repeated attacks on the popular faith leader.

Warnock addressed Loeffler’s attacks and mischaracterizations of his faith, past sermons and writings head on. “She’s continued to misrepresent my record, she’s lied, not only on me, but on Jesus,” Warnock said during Sunday night’s debate.

In response to questions about navigating the separation of church and state, Warnock responded that serving in the senate is a continuation of issues he has already been working on for a large part of his life.

Attacks on Warnock’s faith and preaching have included attacking Ebenezer Baptist Church itself. While speaking at a Loeffler campaign event at a gun range, Rep. Doug Collins told the crowd there is no such thing as a pro-choice pastor. “What you have is a lie from the bed of Hell,” Collins said. “It is time to send it back to Ebenezer Baptist Church.”

Loeffler, however, proudly attended the MLK Day event at Ebenezer shortly after her appointment.

Warnock picked up national attention this summer when Loeffler locked horns with members of several WNBA teams over the league’s support for social justice issues, specifically the movement for Black lives. Players of several teams including the Atlanta Dream which Loeffler co-owns, wore shirts this summer saying Vote Warnock.

Earlier in the evening Jon Ossoff debated an empty lectern as his opponent, Sen. David Perdue, refused to show up. 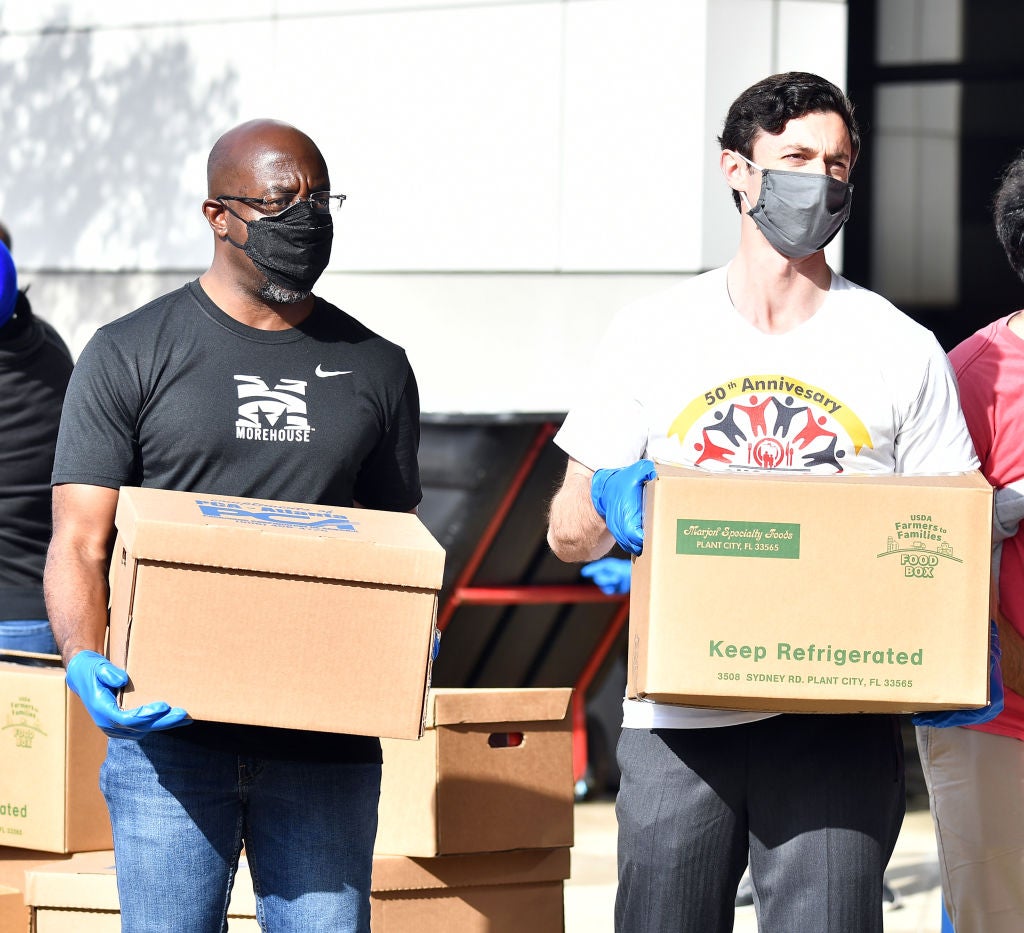 The balance of power in the Senate lies in the hands of Georgia voters with two senate seats up for grabs in the January runoff election.

Shifting the Senate to Democrat control could mean passage of the historic MORE Act and the John Lewis Voting Rights Advancement Act.

Georgia voters have until the end of the day on Monday December 7 to register to vote or change their address.