DWAYNE "The Rock" Johnson has revealed he is endorsing Joe Biden and Kamala Harris in the 2020 presidential election.

Johnson, a former wrestler turned Hollywood star, has never publicly endorsed a ticket for president before but made the extraordinary intervention as he backed the Democrats. 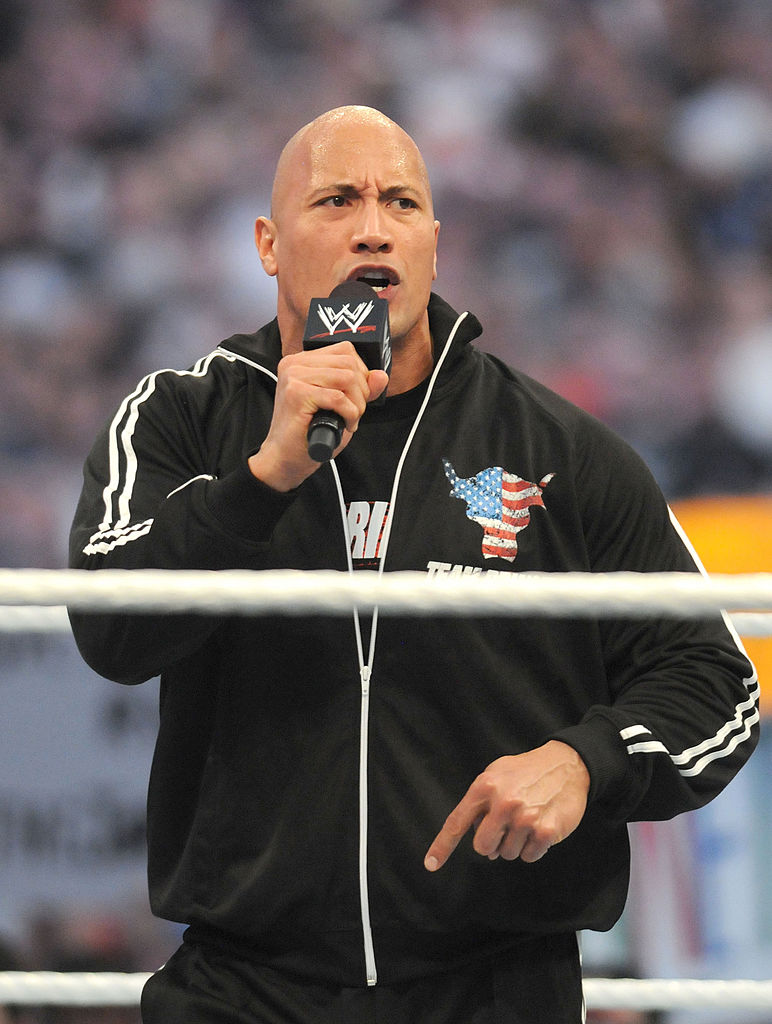 In a message on Twitter, he said: "As a registered independent for years now with centrist ideologies, I do feel that Vice President Biden and Senator Harris are the best choice to lead our country.”

Johnson commended both Biden and Harris for their years of service, calling the vice presidential nominee both "smart and tough" and “a certified badass".

He shared the seven minute and 30 second clip to his 14.8million followers in which he talks to both Biden and Harris.

The Rock said he had voted for both the Republicans and Democrats in the past, but this time he is backed the blues.

Speaking to Biden and Harris, he said: "You guys are both obviously experienced to lead. You've done great things.

"Joe, you've had such an incredible career. You've led in my opinion, with great compassion, and heart, and drive, but also soul.

"You and I talked about that in the past and how important soul is."

America goes to polls on November 3 in what is expected to be a extremely tight and bitterly fought election.

The battlelines have been redefined amid the coronavirus pandemic and mass unrest across the US amid widespread protests. 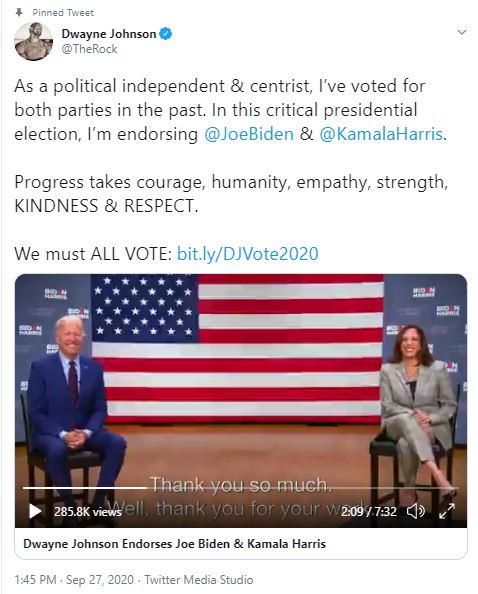 In the video, The Rock also grills the White House hopefuls on their positions as he called on them to "earn the respect" of the American people.

Biden replied: "By doing what we say we're going to do. By keeping our word. By leveling with the American people. By taking responsibility.

"When we fail, acknowledge it. We're not going to be perfect, but take responsibility. Say, 'This is what I'm going to do, this is what I believe and tell the truth.'

"That sounds so basic, but the American people are strong, they're tough, they can take anything if you level with them, and tell the truth."

Harris added: "As we know, the nature of trust is that, like Joe was saying and as you've said, it's a reciprocal relationship.

"You give and you receive trust. And one of the foundations of trust is truth.

"You must speak truth but here's the reality: truth can sometimes be really difficult to hear and for that reason sometimes people don't speak it.

"But you cannot have trust if you don't speak truth."

The Rock joins a selection of A-listers backing the Democrats, including Stephen Curry, Eva Longoria, Kerry Washington and Julia Louis-Dreyfus.

Meanwhile, Johnson was for a while a popular choice the potential run for the presidency – with bookmakers placing him third behind Biden and Trump.

He has previously got involved in politics amid mass protests following the death of George Floyd.

In June, The Rock posted an almost nine minute long video to Instagram captioned "Where are you?".

The ten time WWE Champion called out on Donald Trump and asked where he has been during the national movement.

And while Johnson debunked any suggestions he could run in 2020, he seemed open to the idea during an interview with Vanity Fair.

He said: "I have so much respect for the position. It’s something that I seriously considered. What I need is time to go out and learn."

Related posts:
September 27, 2020 World News Comments Off on Dwayne 'The Rock' Johnson reveals he is endorsing Biden and Kamala Harris because they are ‘a better choice’ than Trump
Celebrity News:
Chris Packham’s stepdaughter Megan McCubbin admits ‘worries’ for him after ‘death threats’
'Dancing With the Stars': ET Will Be Live Blogging Week 6!
Ice Cube Defends Advising Trump Administration On Plan To Help Black Americans
Karamo on Missing His Queer Eye Crew and the Music That's Gotten Him Through the Pandemic
Naya Rivera's Ex Ryan Dorsey Shares Pic of Son Josey's New Buzz Cut
Recent Posts
This website uses cookies to improve your user experience and to provide you with advertisements that are relevant to your interests. By continuing to browse the site you are agreeing to our use of cookies.Ok