Boots has sold out of the shade online, Superdrug is rationing its supplies and a host of celebrities including model Lottie Moss are choosing the look – but why? 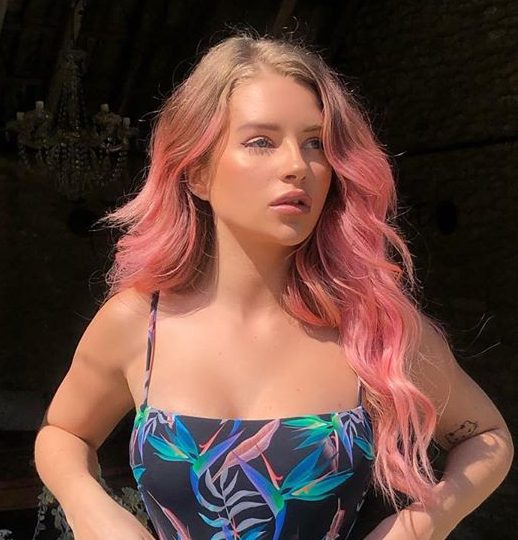 Psychologist Dr Pam Spurr says: “With so many rules about how we live right now, we look to freedoms we didn’t have before, to balance it out.” 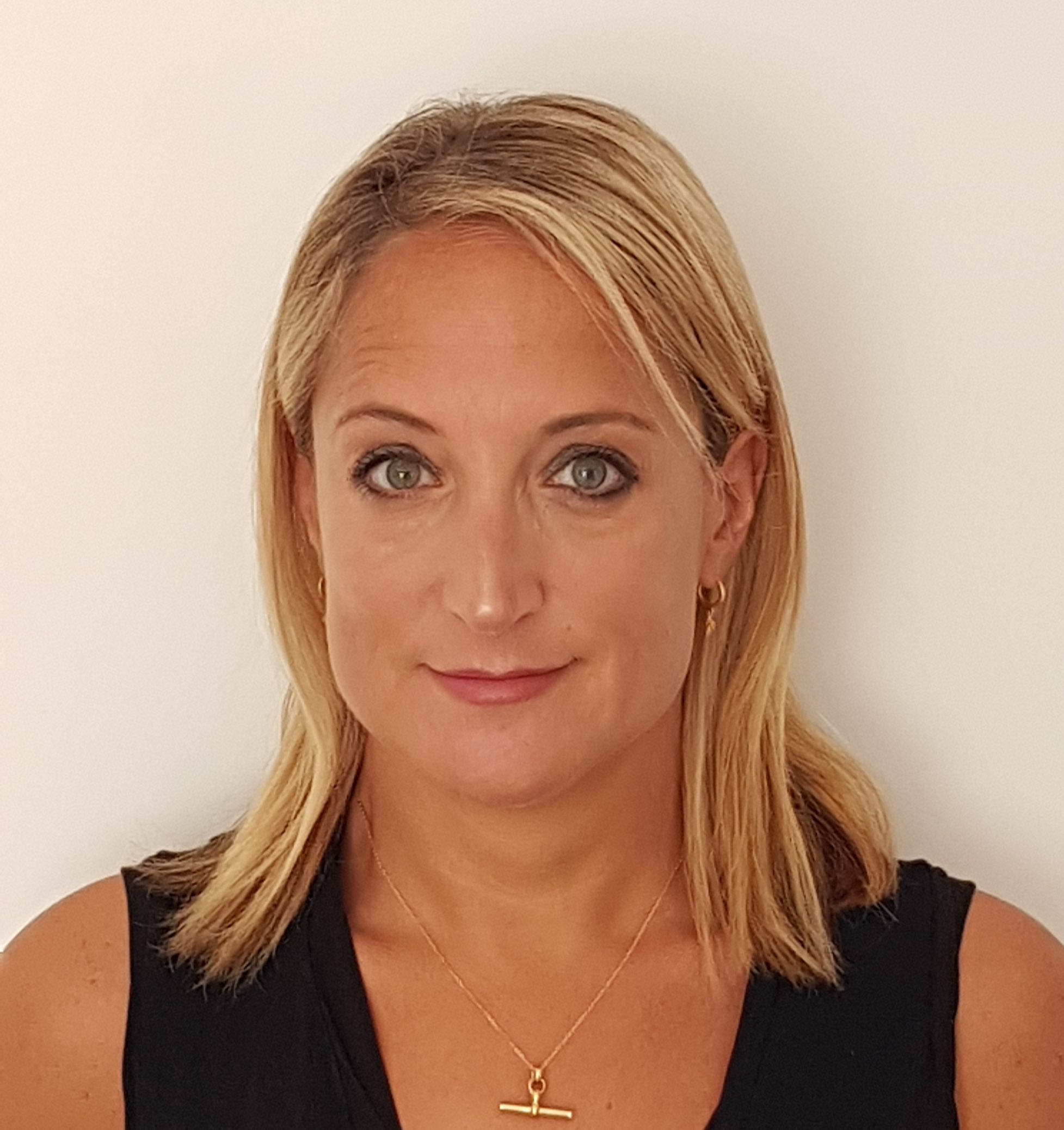 NADIA COHEN usually visits a salon to get her hair dyed blonde but has tried DIY for the first time since her teens. The writer is mum to twins Felix and Harry, 11, and lives in Balham, South London, with husband Dan, 46, a project manager. Nadia, 45, says:

"I’ve been having wild fantasies in lockdown, though sadly for Dan they all involve pampering.

In these daydreams I sip champagne in a luxurious salon as I’m transformed from frazzled mum into a glossy blonde goddess.

But with no idea when I might be reunited with my hairdresser, I’ve no choice but to take matters into my own hands.

I told my twins, who fell about laughing, reminding me I was neither young nor cool.

But I thought, “I’m always looking for ways to embarrass my kids, why shouldn’t that continue?” 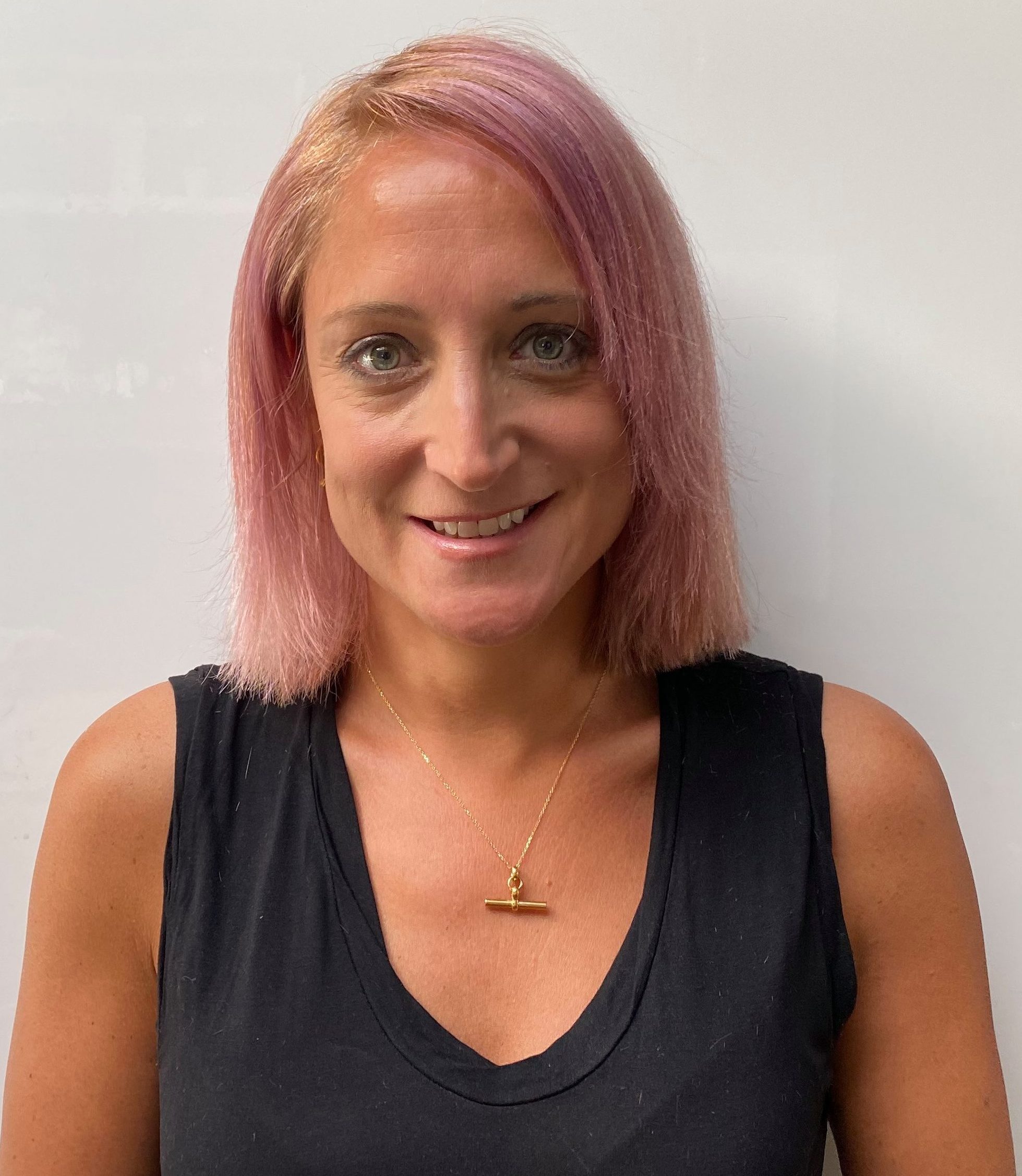 It’s not something I would consider under normal circumstances.

I’ve not dyed my own hair since I was a teenage student smearing messy clumps of Henna over my head.

For the past two decades I’ve played it safe and paid a pro to dye it blonde.

My attempt was not a complete disaster, especially after I had trimmed off straggly ends, but the new hue will take some getting used to.

It makes me look washed-out and a little older.

I’m not sure it goes with any of my clothes, and I probably need to change my make-up, but have no idea where to start.

When I catch a glimpse of my new reflection in the mirror now, I almost want to laugh out loud because it’s so ridiculous.

I don’t think candyfloss pink is a look I can pull off these days.

My friends have not seen it, but when I sent photos they thought I’d lost the plot.

People say a drastic image change can feel liberating, but I feel a bit silly and am praying it will fade fast."

‘It’s given me spark back’ 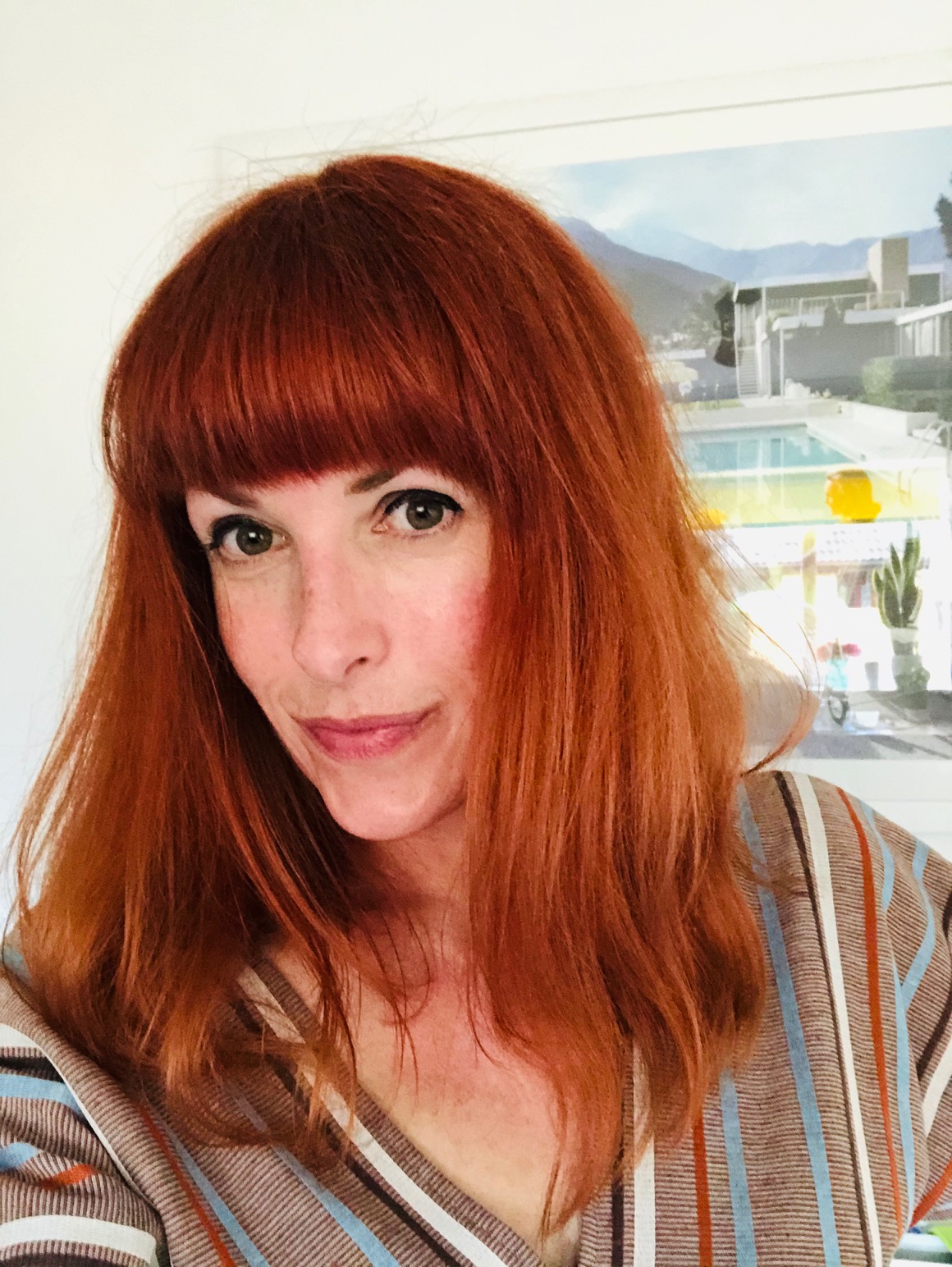 JULIETTE WILLS, 47, feels like she is rebelling by going pink in lockdown. The writer, who lives in Cambridge with husband Gautier, 43, a musician, says:

It felt good to be a bit risky in my late forties, even if it was just a ginger dye.

Then lockdown arrived and everything changed.

I’m used to being pretty free and independent but all these rules made me feel suppressed for the first time.

By week seven, I’d become so fed up being stuck at home, I felt an urge to do something drastic.

I’d told my husband years ago that I wanted pink hair when I was older.

I think he was joking, but it put me off the idea – until now. 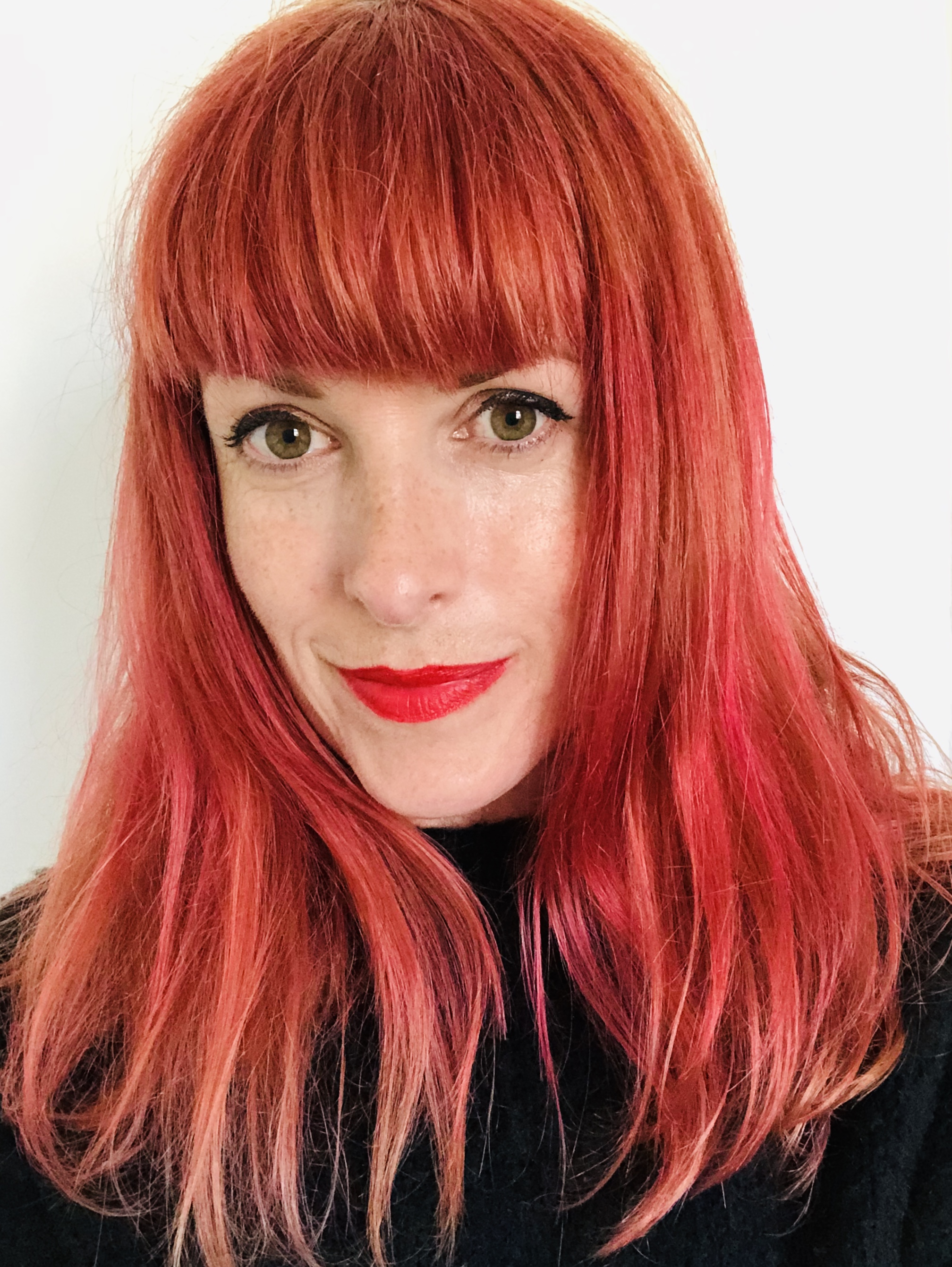 The thought gave me a spark of excitement, like I was doing something that is usually against the rules.

I told my husband, “I’m doing it, I’m dyeing my hair pink so you’d better call a lawyer.”

He just rolled his eyes.

It was a real thrill going into the bathroom, dousing my hair with the dye and waiting to rinse it out.

I’ll admit my heart was beating when I dried it to see how it looked. But I absolutely love it.

Not only does it suit my complexion, it looks so fun and happy.

Every time I look at it a massive smile comes to my face and I just feel great.

It’s given me a spark back.

My neighbour, Carol, noticed it from her garden and shouted over that she loves it.

Right now I would happily dye it pink forever if it meant feeling this good."

HOW TO DO IT 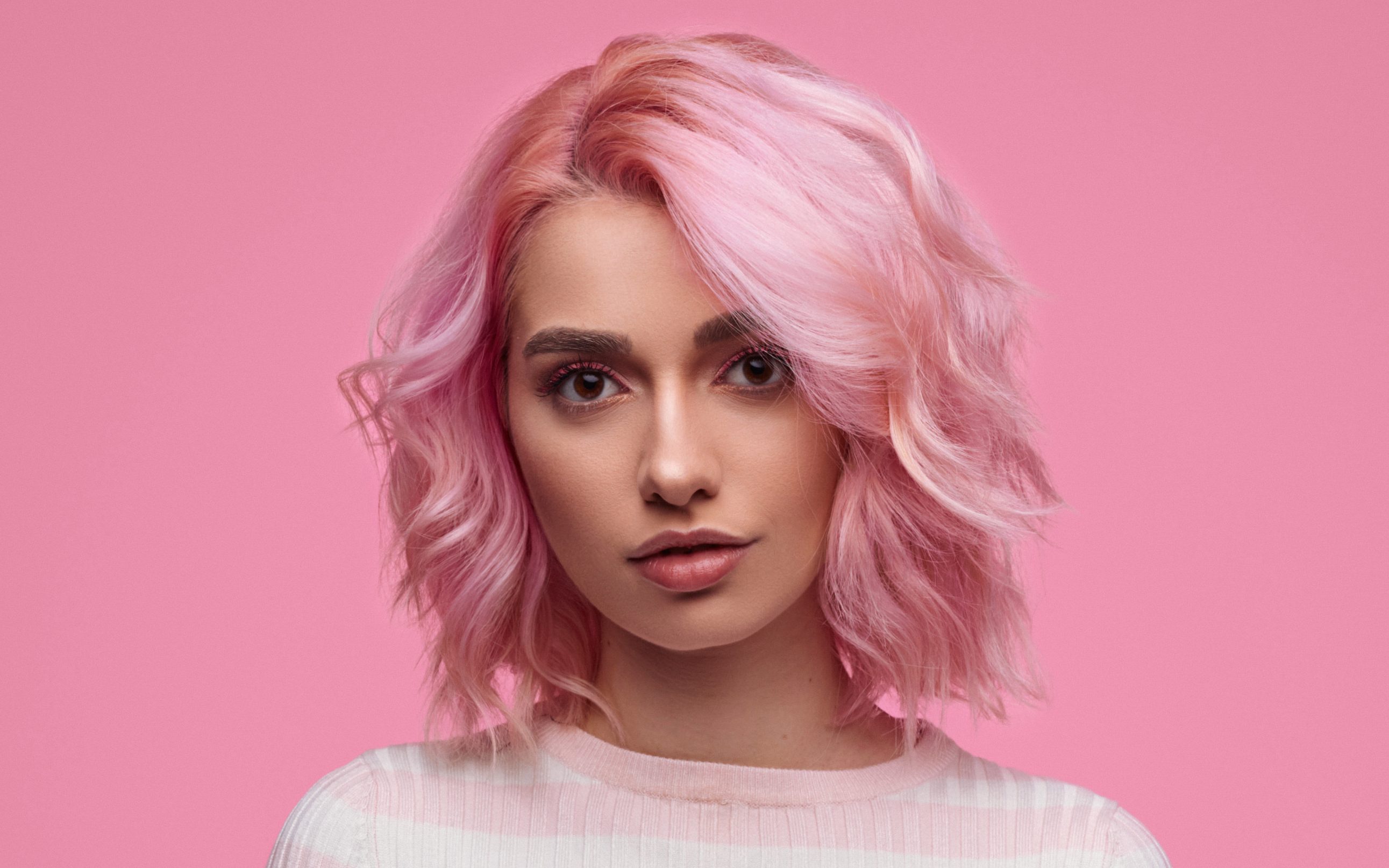 IF you are planning to try the look, London-based hairdresser and salon owner Andrew Jose has some tips.

He says: “The first thing you must do is protect the room you are dyeing your hair in, so make sure you have towels or sheets down.

“Pink is a pure pigment colour, which means it latches on to the hair very well and looks fabulous, but also leaves quickly. Before you start, protect your hairline from stains.

“Wear gloves and put Vaseline along the hairline and on your ears to create a barrier – make sure you don’t get it on your skin.

“Throw your head over the bath and start dyeing your hair at the mid-lengths and ends.

“Then massage through and make sure you have even coverage. Move to the roots. Put the nozzle on the bottle and get right in there.

“Dye often takes less on the roots so be generous here.

“Once done, twist the hair into a knot and secure with a large clip and leave for the amount of time it says on the packet before rinsing out.

“Pink dye won’t show on very dark hair. If you have highlights in dark hair it can give a nice effect, but the lighter your hair, the better it will take.

“If you have bleached hair it will take very well. Try bleachlondon.co.uk, it has a range of pinks for £6.50 and they deliver.

Celebs in the pink

COLOURFUL hair has become a big hit among stars of screen and music.

From soap actresses to chart icons, celebs are ditching traditional tones in favour of pink hues.

Here are just a handful. 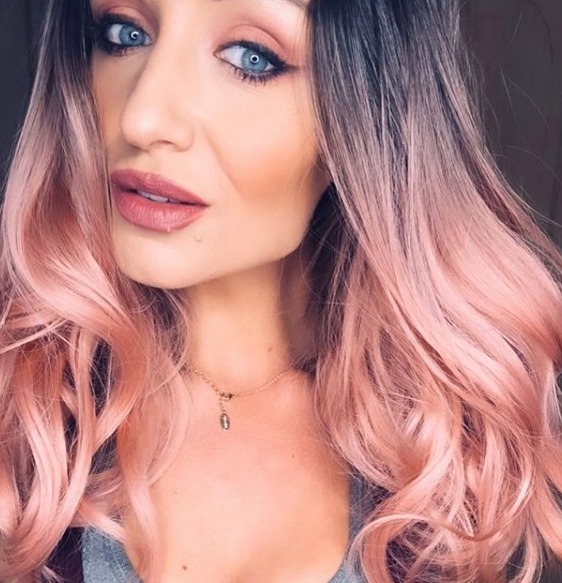 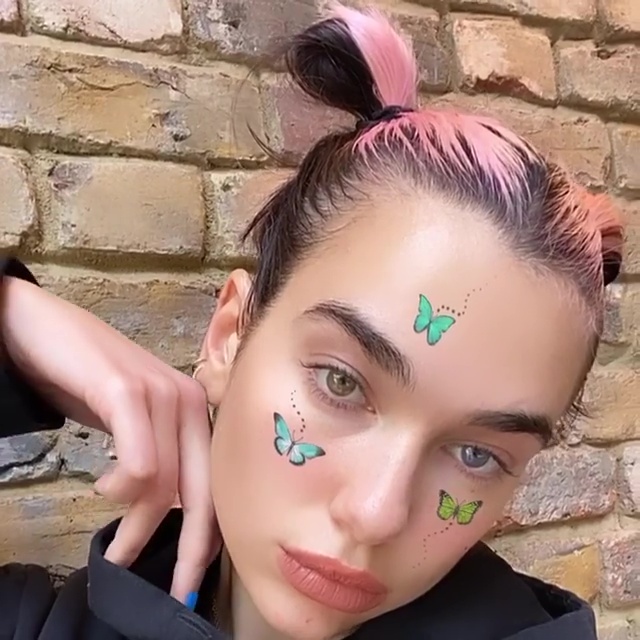 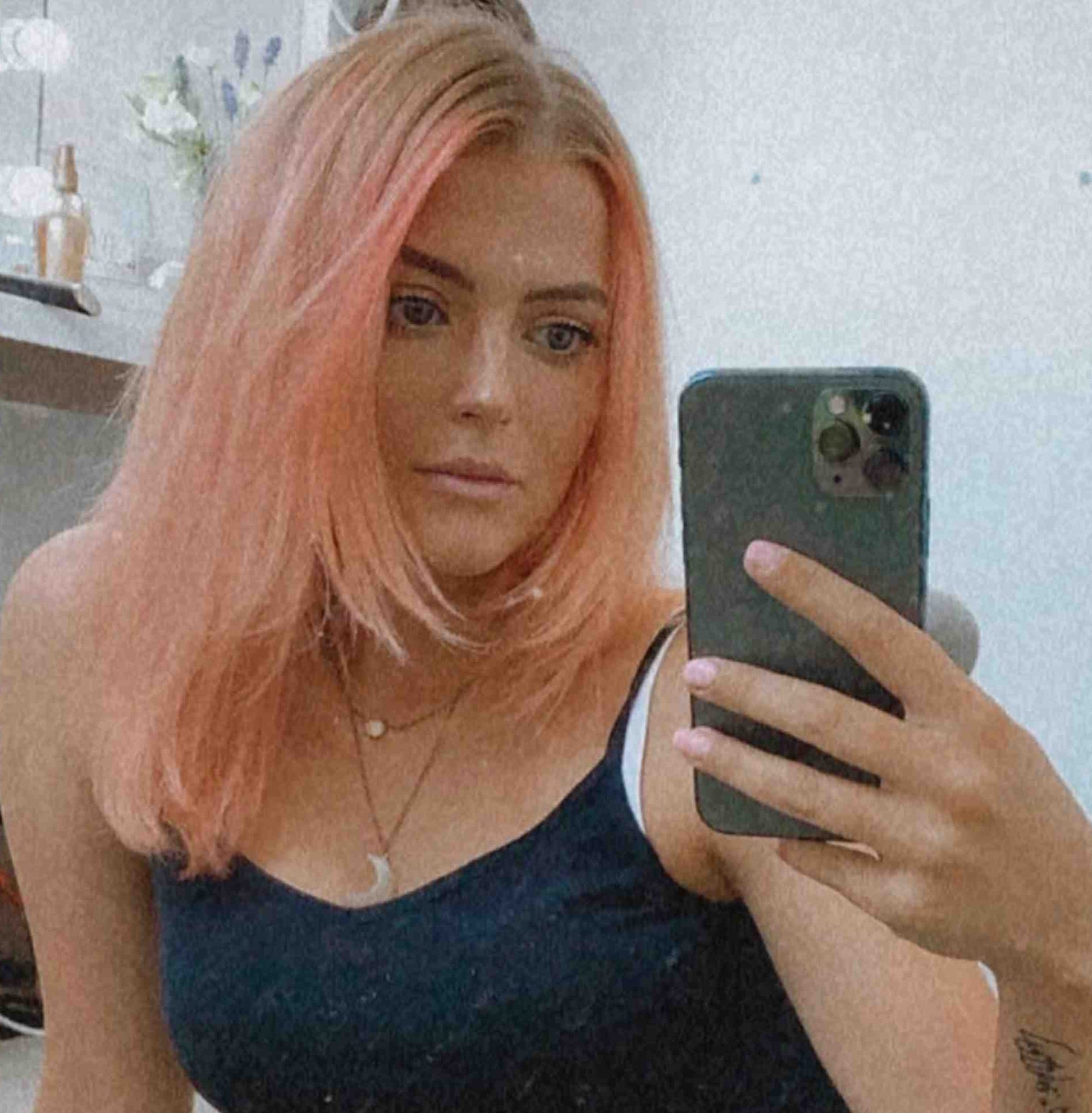 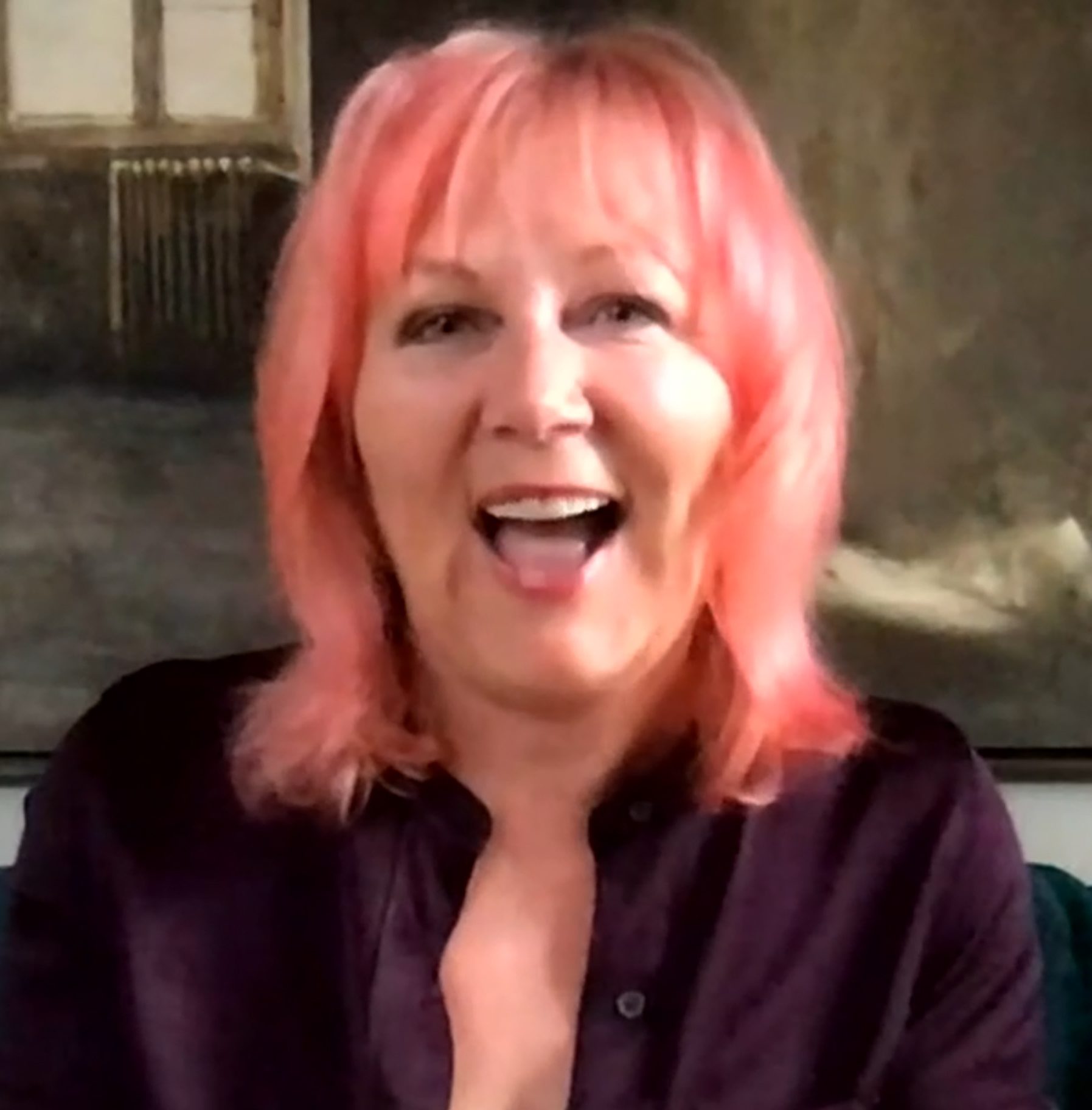 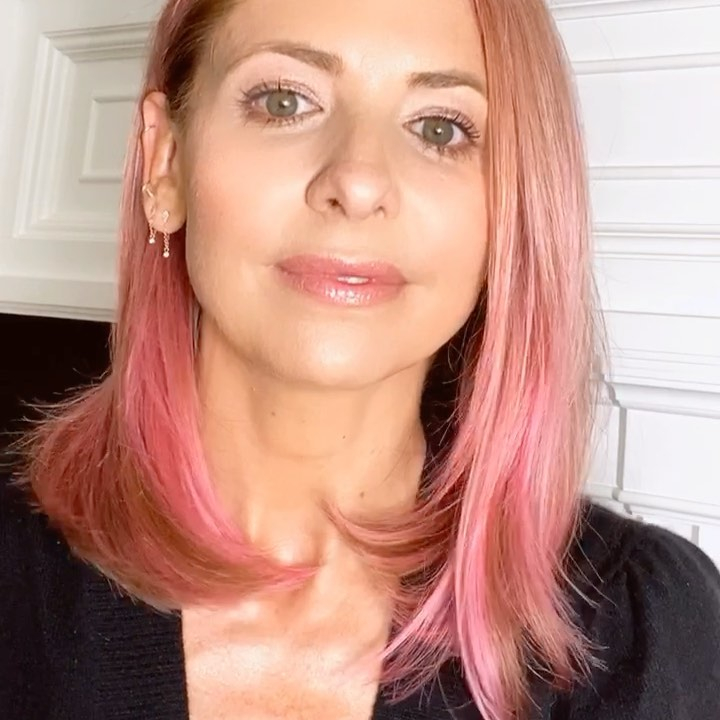 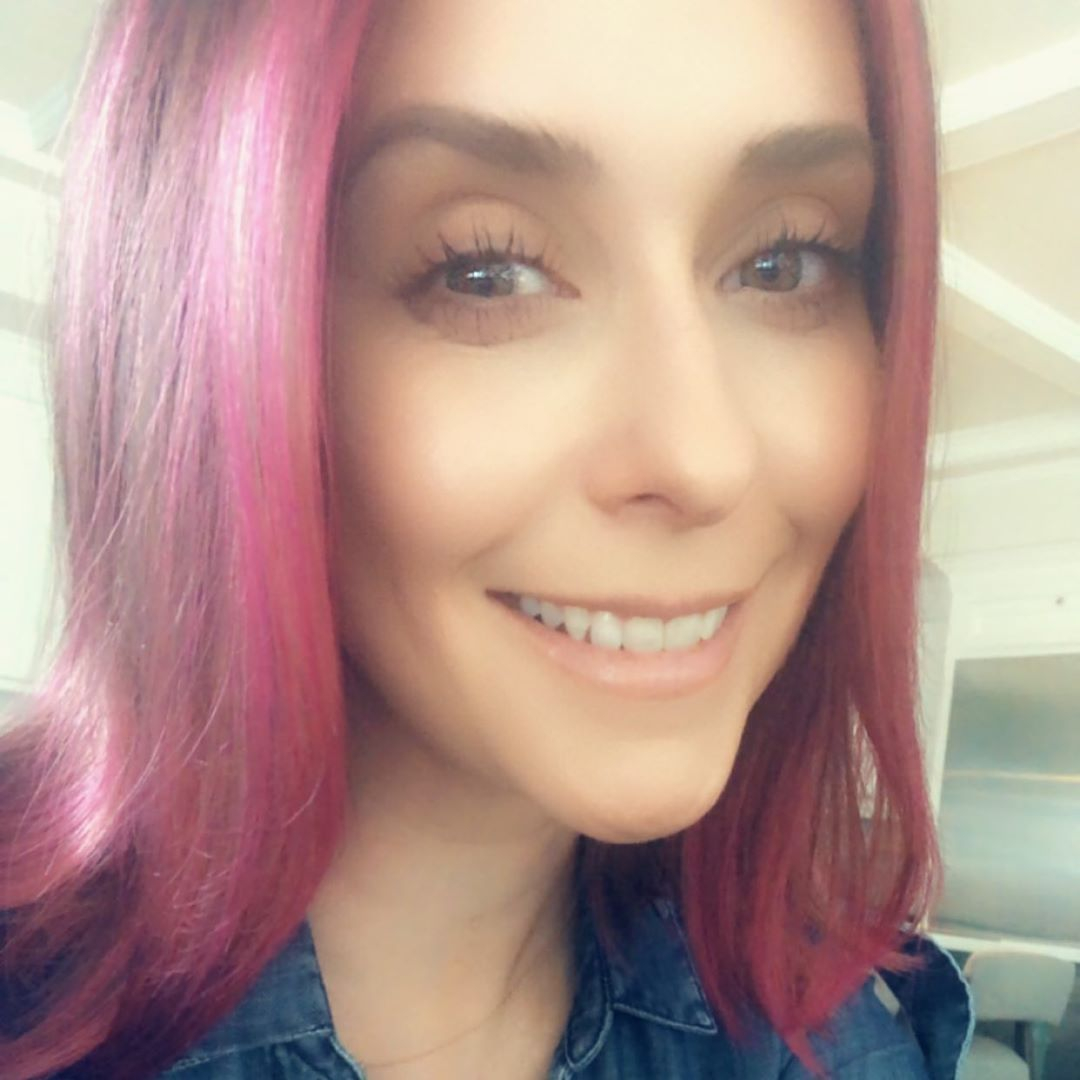 Related posts:
May 16, 2020 World News Comments Off on Dyeing hair pink is the latest lockdown trend… two writers explain why they did it – The Sun
Celebrity News:
Siena Agudong Really Wants a Leading Role In This Kind of Movie
Taylor Swift Earns First No. 1s On Alternative Albums, Hot Rock & Alternative Songs Charts
Kanye West Lays Out 2020 POTUS Plans: Support Faith-Based Groups, Reform Legal System & More
Country singer Cady Groves' cause of death revealed
Will Smith's Company Settles on Film Based on Serena Williams' Dad
Recent Posts
This website uses cookies to improve your user experience and to provide you with advertisements that are relevant to your interests. By continuing to browse the site you are agreeing to our use of cookies.Ok