Climbing trunks: Hungry elephant stands up on its hind legs to reach a jackfruit at the top of a 25ft tree in southern India

A hungry elephant stood on its hind legs to pluck a jackfruit from the top of a 25 foot tree in southern India.

The elephant was filmed climbing the tree in Silent Valley National Park of Palakkad District in the state of Kerala earlier this month.

Footage shows the elephant standing on its hind legs to elevate itself and reaching with its trunk to grasp at the tasty fruits. 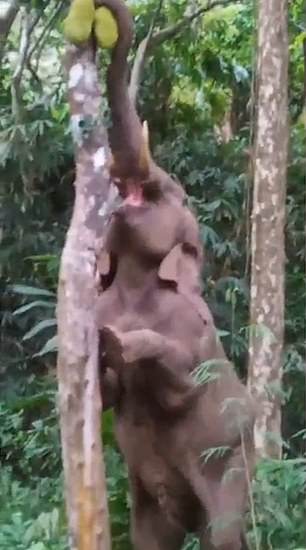 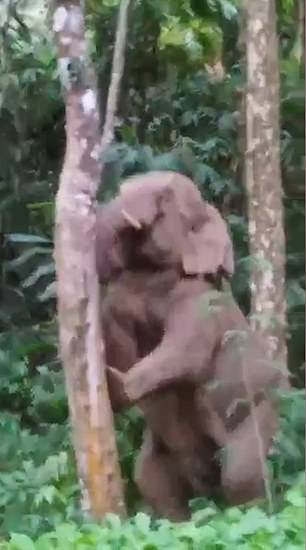 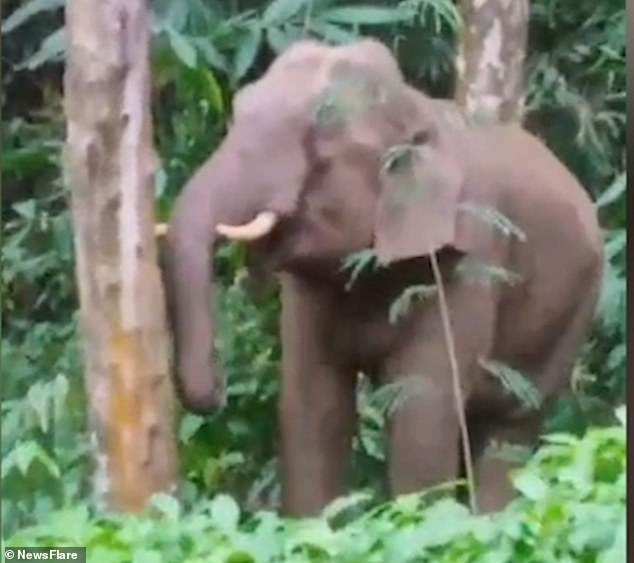 The elephant begins by eating food from the ground before looking up to assess the height of the tree in 93.2F (34C) heat

The elephant stand by the tree, eating food from the ground, before looking up to assess the fruit’s height.

It stretches out its trunk up the tree while flapping its ears to keep cool in the 93.2F (34C) heat.

With its mouth hanging open, the elephant then raises onto its hind legs to climb the tree, resting its front legs on the trunk.

It stretches its trunk out to grab the fruit and break it from its branch, causing it to drop to the floor where the elephant begins eating it. 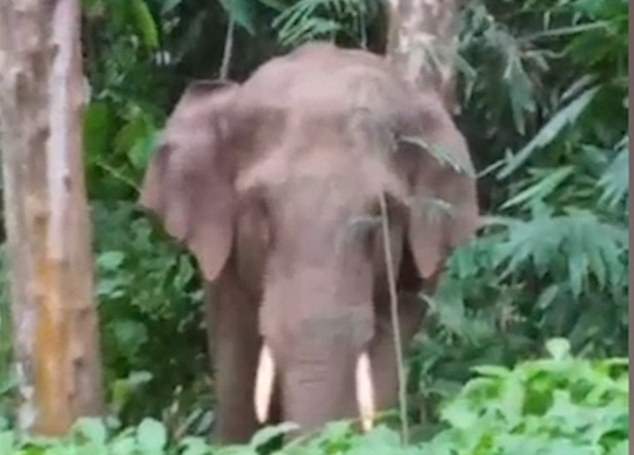 The elephant brings the fruit to the ground where it can eat it. Indian elephants can grow up to 11.5 foot tall and weight 787 stone

Palakkad District, the largest district in Kerala, has seen a surge in coronavirus cases in the last five days according to politician AK Balan.

The Minister for SC/ST, Law, Cultural Affairs and Parliamentary Affairs for the State of Kerala said the district has seen 32 positive cases, reported The New Indian Express.

He said: ‘The fact that some health workers have contracted the virus points to the possibility of local transmission.’

Related posts:
May 27, 2020 World News Comments Off on Elephant stands on hind legs to reach a jackfruit at the top of a tree
Celebrity News:
Alicia Keys Teams Up with E.l.f. Beauty for New Lifestyle Beauty Brand!
Joey King on Jacob Elordi's Claim He Didn't Watch 'Kissing Booth 2'
Jennifer Garner Spotted With Bradley Cooper and His Kid Amid Split Rumors With Boyfriend
Fabolous and T.I. Blasted on Social Media for Revealing Record Labels Insisted They Hide Their Wives and Families
'General Hospital': Wes Ramsey Had a Crush on Laura Wright Long Before They Started Dating
Recent Posts
This website uses cookies to improve your user experience and to provide you with advertisements that are relevant to your interests. By continuing to browse the site you are agreeing to our use of cookies.Ok