The wife of a man who strangled his mistress to death – then claimed it was ‘rough sex’ – says his sentence should be increased at appeal.

Sam Pybus, 32, was jailed for four years and eight months after admitting the manslaughter of Sophie Moss, a vulnerable mother-of-two who he strangled to death in bed.

The sentence sparked outrage across the country and was referred to the Court of Appeal as ‘unduly lenient’ by the Attorney General.

While Ms Moss’s family and her two young children have been given a life sentence of grief, Pybus will likely be out of prison in just over two years.

During the court case, Ms Moss’s older brother James told Judge Paul Watson QC how his family would never be able to shake the belief that she ‘was taken advantage of and exploited’.

Now Pybus’s ex-wife is pushing for the killer’s sentence to be extended.

Louise Howitt said: ‘It seems to me like a massive injustice to Sophie, her family and her two children,’

‘I don’t think that her sons should grow up with the wrong narrative about their mum’s death. 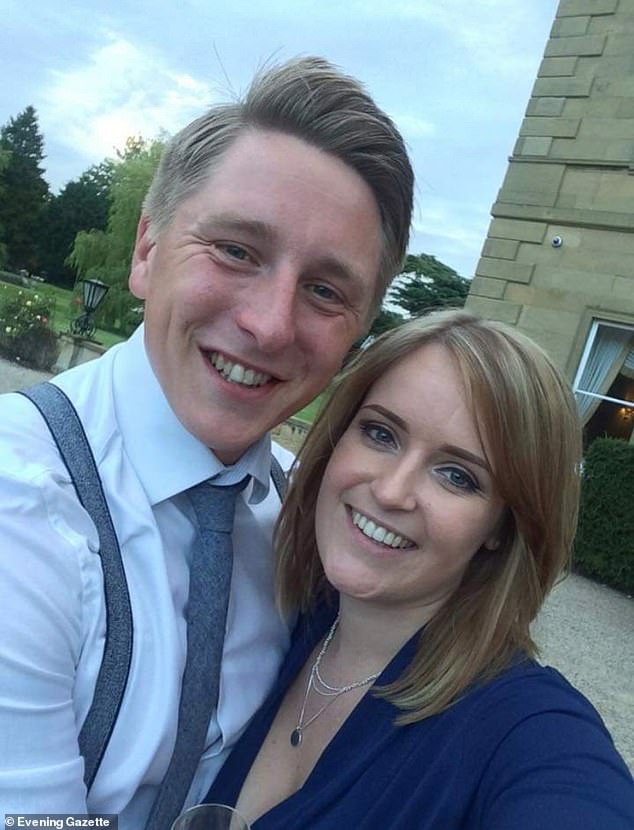 Sam Pybus, 32, with his now ex-wife Louise Howitt, who wants him to get a longer sentence 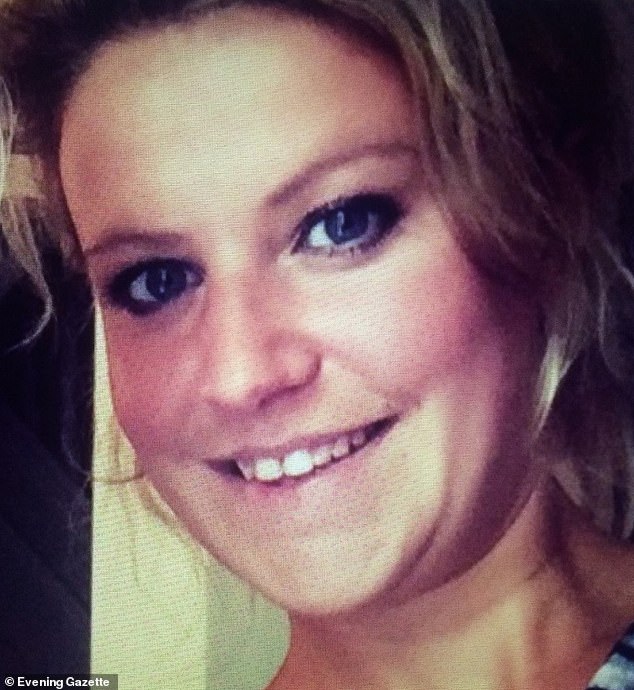 Pybus, 32, killed his mistress Sophie Moss by applying pressure to her neck during sex

‘She shouldn’t be made out to be responsible in any way for it, I think it’s a massive insult to suggest that she is somehow brought this on herself – it’s just victim blaming.

‘It is a case of abuse and exploitation and that’s not the way it has been shown in court.

‘I don’t think what [Pybus] has been sentenced to reflects what Sophie’s kids are going to go through.

‘Four years eight months and being out in just over two, it does not reflect the lifetime of grief he has put those two kids through and her entire family. My heart breaks for them.,’ she added to Darlington Live.

Ms Howitt, an English teacher who is studying for a PhD in linguistics, is filled with frustration that the full picture of her former partner was not portrayed during his sentencing.

While evidence was put forward by a former lover of Ms Moss that she enjoyed and encouraged being strangled, statements from the 29-year-old, who spent eight years of her life with Pybus, were never read out in court.

Teesside Crown Court heard how, after drinking 24 bottles of Amstel, the 32-year-old killer had snuck out of his Middleton St George home and driven to Ms Moss’s flat in Darlington.

He later told police he couldn’t remember much of the incident but came to in Ms Moss’s bedroom, his hands were sore and her unresponsive – and Pybus realised he must have strangled her. 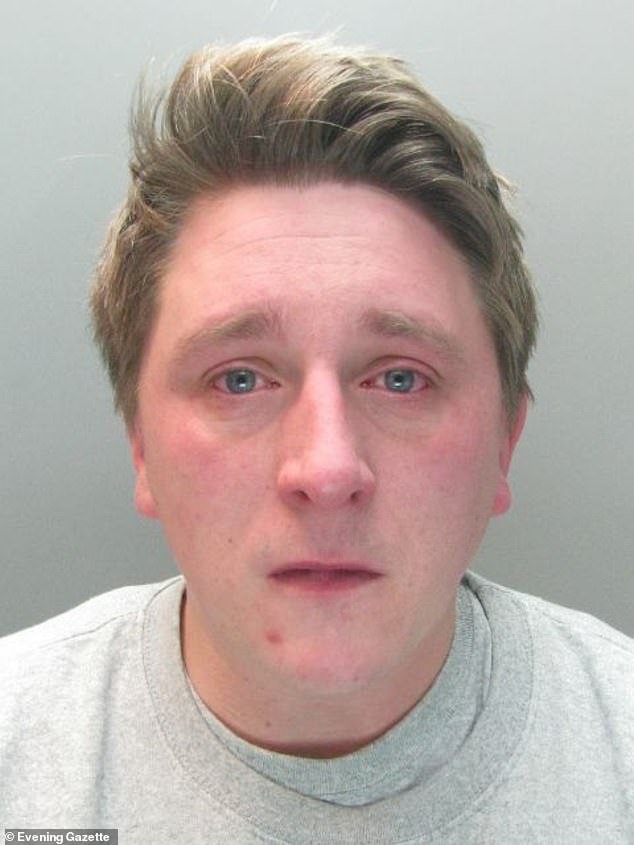 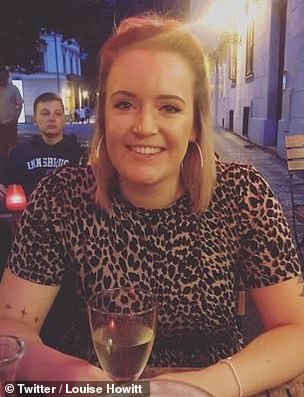 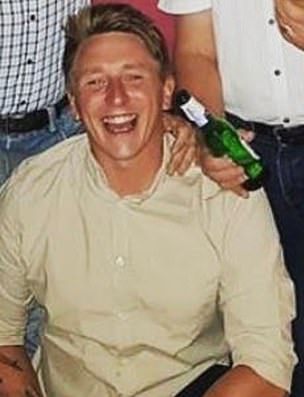 Sam Pybus (right) who strangled Sophie Moss to death during sex is more concerned about not seeing his pet dog than showing remorse for his victim, his wife Louise Pybus (left) has said

What is the unduly lenient sentence scheme?

The Unduly Lenient Sentence Scheme provides for the public to ask the Attorney General to refer a sentence to the Court of Appeal for being too low.

The Attorney General’s Office can review very low sentences given by the Crown Court in England and Wales, if asked to do so.

Only sentences for specific offences can be reviewed, including murder, manslaughter and rape.

To meet the criteria to be judged as ‘unduly lenient’, the law states that the given sentence must ‘fall outside the range of sentences which the judge, applying his mind to all the relevant factors, could reasonably consider appropriate.’

Anyone can request for a sentence to be reviewed – even if they are not directly involved in the case.

If the Attorney General decides to send the case to the Court of Appeal, they will then decide whether to leave the sentence as it is, find it to be unduly lenient and increase it or refuse to hear the appeal.

A judge heard how Pybus didn’t call an ambulance or attempt to resuscitate Ms Moss.

Instead he got dressed, left her flat and sat in his car for 15 minutes, deciding what to do, before turning himself in at Darlington Police Station.

Tragically by the time paramedics arrived at the ‘joyous’ 33-year-old mum’s home, they couldn’t save her.

In the days that followed, Ms Howitt, who hadn’t realised Pybus had left their home until the following morning, began to put the pieces together.

‘[Police said] we can’t tell you what he’s done – they were obviously still trying to work out what had happened themselves – but through our line of questioning you will draw your own conclusions,’ said Ms Howitt.

‘The first question they asked was ‘did Sam ever strangle you in bed?’

‘My initial reaction was he does like doing that.

‘There was not one part of me that thought he wouldn’t do that – immediately I thought that made sense.

‘I did tell them he had done it to me at the start of our relationship. We had been together eight years but he quickly got the impression that wasn’t really for me. We never had a conversation about it, he never asked can I do this to you.

‘They were very much focused on how did he do it, what did he do, what his intent was when he was doing it.

‘They didn’t really ask any more delving questions. At the time I didn’t realise what I was going through with him was abuse, I thought he was a very messed up person.

‘It was like they were finding evidence for him trying to back up his story..’

Ms Howitt says Pybus was financially and emotionally abusive during their relationship – claiming he got them into around £10,000 worth of debt through pay day loans and reckless spending, was manipulating and gas-lighted her into thinking she was the reason he felt forced to cheat when she had previously discovered his infidelity.

On Friday, the Court of Appeal will hear the case and decide whether Pybus’s sentence was unduly lenient.

‘Women have to be absolutely perfect and that’s not fair. It doesn’t mean that Sophie should not get justice because she’s had a really rough ride with her mental and physical health – if anything she has been failed by the system and she should have been helped even more,’ said Ms Howitt.

‘He was taking advantage of someone who is vulnerable and that, to me, is just disgusting.’

‘I’m not very hopeful because it looks as if we’re not allowed to submit any new evidence, they’re only allowed to base a decision on the evidence given at his sentencing. I am happy that at least some people have seen it was unduly lenient and it was referred.’

‘I feel like the justice system is so heavily weighted against women that it’s impossible for me to get my hopes up.’