Family miss out on £325,000 dream first home as coronavirus crash wipes £4,500 off their ISA deposit containing three years’ savings just as they were set to make an offer

A family of five has missed out on buying their first home after last week’s stock market crash wiped thousands from their would-be deposit.

Combined with other savings, the family finally had the £16,500 total deposit they needed for their dream house, a four-bedroom property in Ironbridge, Shropshire, selling for £324,950.

Poised to make an offer, they were horrified when the stock market crashed last week, instantly wiping £4,500 off their ISA pot, which now sits at around £7,500. 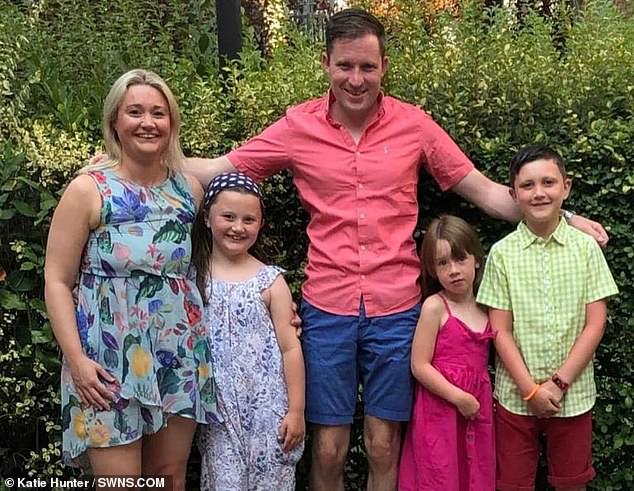 Carl and Katie Hunter with their three children Emily, Anoushka and Daniel

The FTSE 100 has recovered slightly since the crash, but only enough to add a measly £90 back to the family’s fund.

‘We’re not really in a position to ask for money from friends or family.

‘Carl watches the market like a hawk! It was I think Monday of last week that he started mentioning it.

‘I’ll be truthfully honest, I don’t pay a whole lot of attention to his stock market reports, it was only when he said we could no longer proceed with the purchase that I started taking it in.

‘We looked at the possibility of getting a loan out but that would have affected the mortgage rate we have secured.

To add insult to injury the couple lost a further £500 when yesterday (9th March), London’s index of top shares ended the day almost 8 per cent worse off. 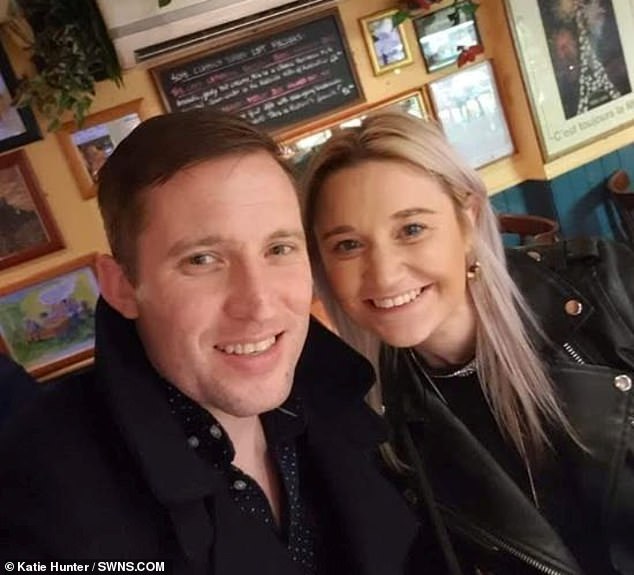 It was dubbed ‘Black Monday’ and meant Katie and Carl lost the £300 their ISA had gained after the first crash, plus a further £200.

Katie said: ‘That put us back to where we were after the first crash when the virus news had an impact.

‘Now we’re down again by £500. It has just put the nail in the coffin for us to be honest.

‘We have decided we’re just going to have to scrap the idea of moving in the near future for now. We simply can’t recoup the losses in such a short period of time.’

Customer assistant Katie and account manager Carl decided to invest in a LISA three years ago with the hope of saving up enough for a house deposit.

The couple have three kids Daniel, 10, Emily, eight and Anoushka, six, and were looking for a home of their own big enough for their family.

Lifetime ISAs were designed by the government to help people aged 18-39 to buy their first home or save for retirement.

The scheme allows people to put up to £4,000-a-year into the ISA, with the government adding a bonus 25 per cent to savings.

They initially invested £250 and continued to top up their ISA with wages and Christmas bonus’, until it reached £9,000, or just over £12,000 with the government 25 per cent top up.

But after looking round the property last month and poised to make an offer, the stock market experienced its worst week since the financial crash of 2008.

The ISA uses the funds saved to invest in shares within the top 100 companies listed on the London Stock Exchange.

Despite a recent bounceback over the past couple of days, the family fear they will not be able to regain their losses in time to match the deposit.

‘We’ve rec-coped about £90 back now so it doesn’t really look hopeful.

‘We were really looking forward for a new start in the new year.

‘This will definitely set us back at least 12 months.’