Italy’s former prime minister Silvio Berlusconi, famed for his steamy dinner parties, has split from his longterm girlfriend reportedly to date a woman 54 years his junior.

At the height of the coronavirus epidemic, which has killed 107 people in Italy and turned pockets of the country into red zones, the dating antics of the man at the centre of world-famous ‘bunga bunga’ soirees brought Italians a welcome distraction.

The 83-year-old billionaire has left 34-year old Francesca Pascale after a 12-year relationship, but the couple ‘remain friends’, his Forza Italia party said in a statement Wednesday. 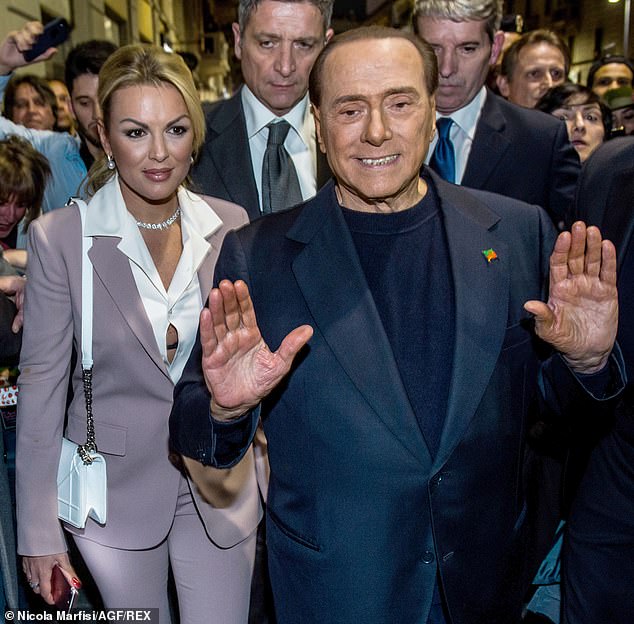 Pascale, who once said in an interview that she asked Berlusconi to marry her every day, appeared to have been caught off guard, saying she was ‘astonished’ by the statement, according to the daily Repubblica.

‘I will hold him dear forever. I wish him all the happiness in the world and hope he finds someone who will take care of him as I have,’ said the blonde, who first caught Berlusconi’s eye when she founded a fan club for him.

The twice divorced media magnate has reportedly ditched her for a younger model: 30-year old Marta Fascina, an MP from his party.

If true, Fascina has snagged a man dubbed ‘the immortal’, who dominated Italian politics for more than two decades despite sex scandals, serial gaffes and legal woes.

Berlusconi was sentenced in 2013 to seven years in jail for paying for sex with a 17-year-old starlet known as ‘Ruby the Heart-Stealer’, though that conviction was later overturned. 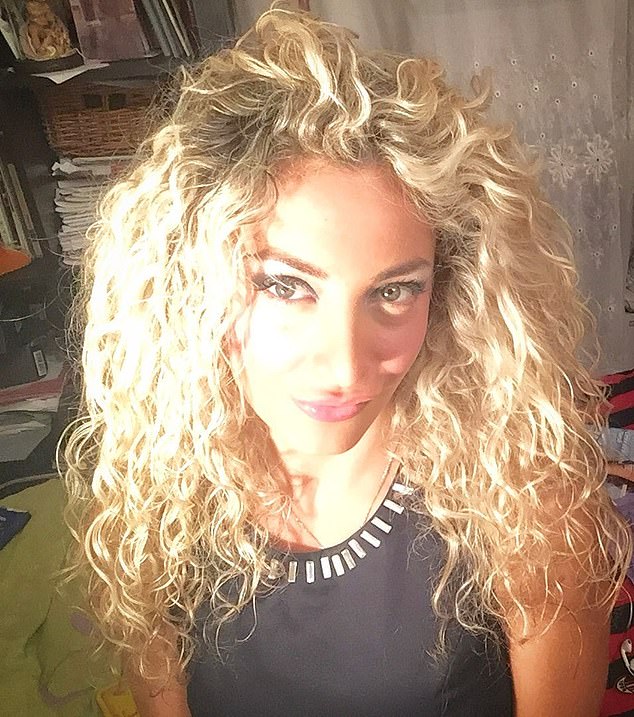 Pictured: Marta Fascina, MP from Forzia Italia party, who is Berlusconi’s new girlfriend, according to reports

Rumours swirled in the gossip media over his relationship with Fascina, prompting Pascale to give an interview to Novella 2000 admitting that her young rival was sleeping at Berlusconi’s house, but merely to be on hand for work.

Pascale lives in a villa bought for her by Berlusconi a few miles from his Arcore residence in the Milan area.

But once paparazzi pictures emerged of the ex-premier and Fascina leaving a hotel in Switzerland walking Pascale’s dog, the secret was out. 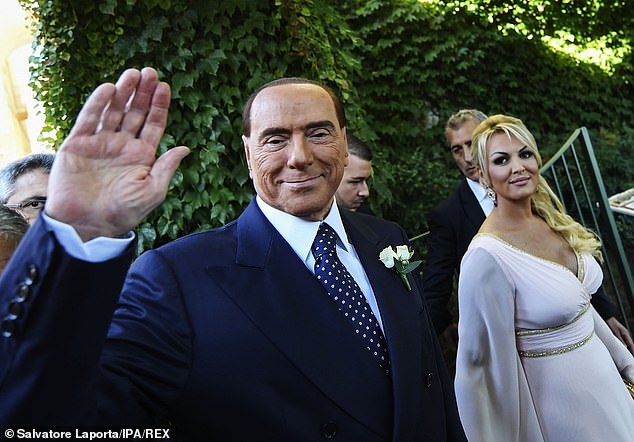 Silvio Berlusconi and Francesca Pascale in Ravello, at the wedding of her sister Marianna Pascale in October 2017

The dog seems to have been the bitterest pill to swallow for Pascale.

‘It amuses me to see a member of parliament take my dog for a walk. But that’s fine by me,’ she said.

Italian media had reported back in 2014 that Pascale bought a wedding dress to celebrate Berlusconi’s divorce from his second wife, Veronica Lario.

Lario, who has three children with Berlusconi, said at the time that she could no longer tolerate his ‘consorting with minors’.

She questioned his mental state as she threw in the towel after 19 years of marriage, the last straw apparently being his mysterious relationship with an 18-year old.