FOUR white people have been charged after a black man was reportedly strangled and his burning body was found dumped in a ditch.

The body of Michael Williams, 44, was found in the small town of Grinnell, rural Iowa earlier this month but authorities have said it didn’t appear he had been targeted because of his race. 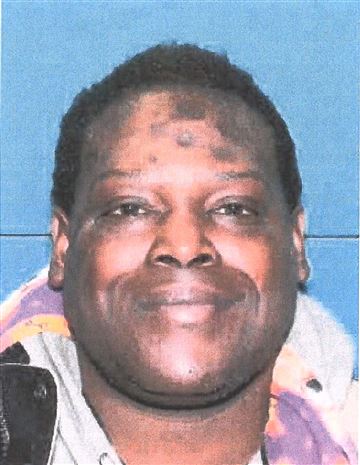 The town’s police chief Dennis Reilly said at a joint press conference with local civil rights leaders, he understood why the horrific death had created a "heightened sense of danger" among the town's Black residents.

He said: "I want to be clear to say: This was not a random act of violence.

"Those responsible for this heinous act, they knew each other. They were associates. They hung out together. Mike was part of their circle."

Vogel was charged with first-degree murder and abuse of a corpse, according to a criminal complaint filed in Poweshiek district court.

The three others have been charged with destruction of evidence, abuse of a corpse and accessory after the fact, according to Adam DeCamp, Special Agent in Charge at the Iowa Division of Criminal Investigation.

Authorities have declined to discuss a potential motive and DeCamp added it was unclear when Williams was killed.

He added the last time Williams is thought to have spoken to anyone was between September 11 and 13.

Those responsible for this heinous act, they knew each other. They were associates. They hung out together. Mike was part of their circle

Mr Williams’ aunt Paula Terrell told the Des Moines Register he had moved from New York state to Grinnell about 12 years ago and he worked in fast-food restaurants but had been unemployed due to health problems.

The complaint cites a witness who reportedly told investigators that on September 13, Vogel allegedly showed him Williams’ body, which was wrapped in plastic in the basement of Cox's home.

Vogel allegedly admitted strangling Williams and asked the witness for their help in moving the body, according to the complaint.

Vogel is also said to have asked Cody Johnson on the same day for help moving the body.

Johnson told investigators he tried to help but they were unable to move Mr Williams, according to the complaint.

Cox is said to have told investigators her son loaded a “long object covered with a brown blanket” into the truck of a man she lives with, Roy Garner.

Vogel, Garner and Cox then drove to a gas station to get fuel before driving several miles east before Cox allegedly helped Vogel move the body into a ditch, according to the police document.

Mr Williams’ body was found on September 16, shortly before 6pm, after firefighters responded to a report of a fire in a ditch by the side of a road.

Authorities found the body had been tied up with rope and duct tape, and wrapped up in cloth and plastic.

A medical examination was carried out the following day when the body was identified and it was determined it was likely Mr Williams had been strangled before his body was set on fire.

President of the Iowa-Nebraska NAACP Betty Andrews told reports Tuesday it was “understandable that having a body of an African American man found burning in a small town in Iowa would raise several red flags and concerns.”

Andrews added her office had received “numerous” calls and inquires about the killing, but she added that there appeared to be “no indication that Mr Williams was targeted because of his race.”

Paula Terrell told the Des Moines Register her family had been urging her nephew to return to New York.

She said: "All we wanted was for him to come home.

“Now we have to bring him home in the worst possible state.”