French security forces have dismantled a migrant camp near Calais which was home to hundreds of people looking to cross the Channel to the UK.

Officers broke up the camp, located inside abandoned industrial buildings, early Friday due to violence and amid fears it could become a semi-permanent settlement like the notorious ‘Jungle’ camp that existed between 2015 and 2016.

Hundreds of police and gendarmes were involved in the operation, which involved escorting the mostly young and male migrants to official shelters.

It comes amid a sharp rise in migrants heading from the continent to the UK, with some 4,500 having crossed so far this year and more than 1,000 in the last week. 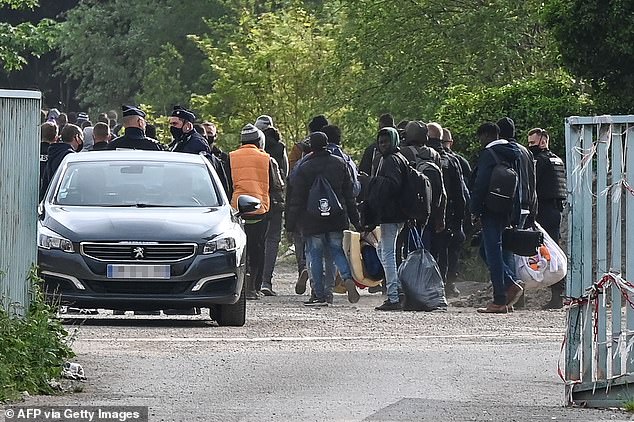 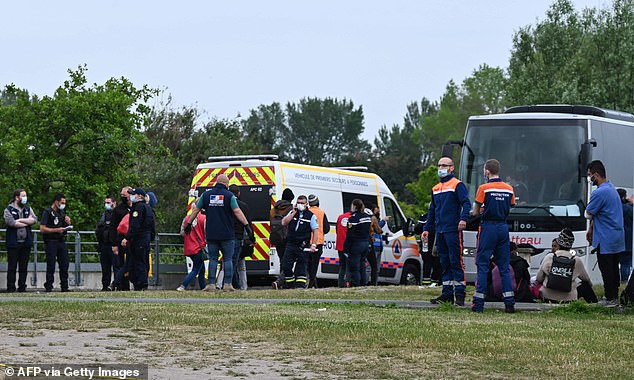 Officers marshalled the migrants on to buses so they can be taken to official migrants centres and their status assessed, before deciding whether they should be sent home 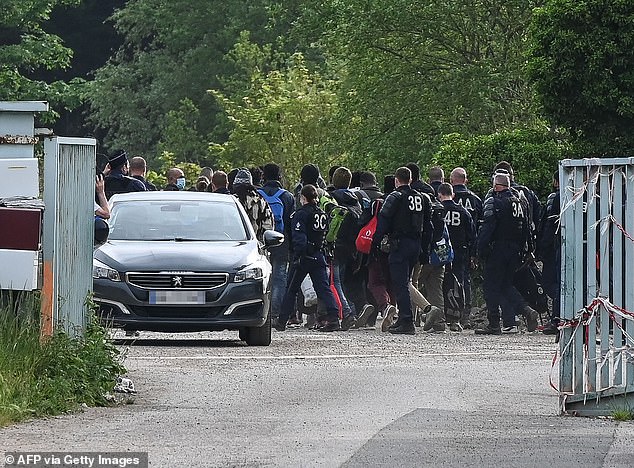 A total of 201 made the crossing just yesterday, according to Home Office figures, as Border Force guards use jet skis to try and stop them.

‘Thank you to the security forces who are mobilised and to the agents who are working on providing shelter,’ Interior Minister Gerald Darmanin tweeted after the camp was broken up on Friday.

Calais has long been a magnet for migrants and refugees who travel there in the hope of reaching Britain, either by stowing away on trains or ferries, or latterly by taking to the water in dinghies and small boats.

A notorious camp known as the ‘Jungle’ — which was home to about 10,000 people at its height – was demolished in 2016 by French police.

Local residents in Calais complain about rubbish and crime, while occasional outbreaks of violence in the camps, often between different nationalities or ethnic groups, require police interventions.

Campaign groups and NGOs working in Calais say migrants are left by authorities to live in miserable conditions, without access to basic sanitation or food, and are routinely harassed by security forces.

Francois Guennoc, head of the Auberge des migrants group which provides aid, said the dismantling of the camp would make no difference.

‘In any case, people move, they go somewhere else. It’s an endless journey,’ he told AFP. ‘Everyone is turning in circles: refugees, authorities and associations.’

He estimated around 1,500 migrants and refugees were in Calais at the present time, with around 800 in the camp dismantled on Friday, which was in former industrial buildings near the town’s hospital, southeast of the centre.

‘Several hundred migrants were identified on the premises, including about 30 children,’ local officials said in a statement.

The operation started at around 6 a.m. with the migrants being taken to various reception centres in the region.

Authorities have repeatedly dismantled illegal campsites only for them to pop up again elsewhere within months.

Many of the migrants have fled to France from North Africa, the Middle East and Asia, escaping countries blighted by wars and poverty. 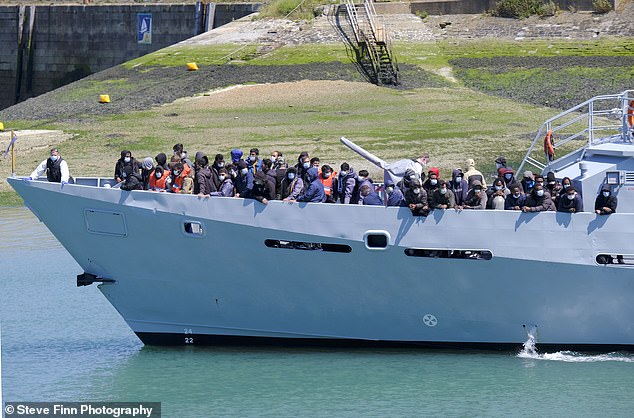 The Calais camp was broken up amid a record number of migrants crossing into the UK, with some 4,500 arriving since the start of the year (pictured, arrivals on Wednesday) 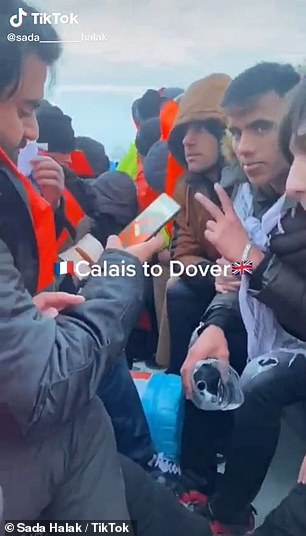 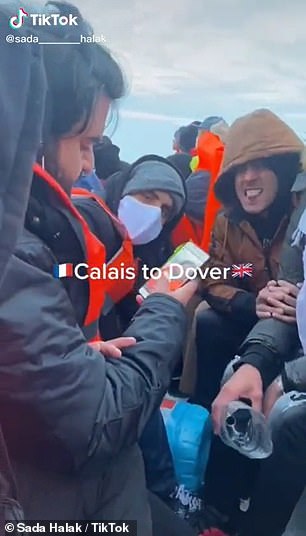 More than 1,000 migrants have made it to the UK in the last week, including one group who filmed their crossing on TikTok 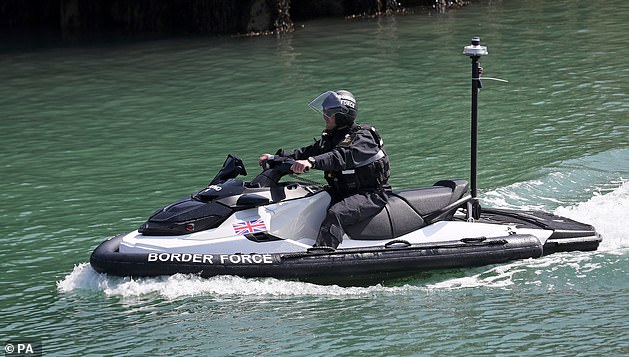 A Border Force officer patrols the Channel on a jet ski while arriving into Dover, Kent, following a small boat incident earlier on Thursday morning