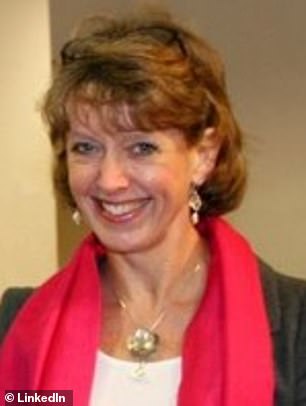 The school’s high mistress, Sarah Fletcher, said: ‘There has been a small number of students over the past few years wishing to use gender neutral pronouns or expressing a desire to explore transition’

A top private school has sparked fury after inviting American researchers to speak to pupils about changing sex.

The school’s newsletter informed parents of the talk, telling them that the university’s findings on the topic of children’s mental health while living as the opposite sex ‘is of the utmost importance in light of the recent ban on hormone therapy in Arkansas for under-18s’, The Times reports.

Parents now worry that some girls may wish to wear binders to flatten their breasts or take puberty blocking drugs to stop their periods.

Several girls have already asked to wear boys’ clothes and be addressed by boys’ names under the school’s ‘gender identity protocol’.

The school’s high mistress, Sarah Fletcher, said: ‘There has been a small number of students over the past few years wishing to use gender neutral pronouns or expressing a desire to explore transition. In each case, our response has been respectful, child specific and pastorally sensitive.’

A parent who had complained said: ‘I am furious about this. Why were these researchers insisted to talk to the girls about ”trans youth” at the school, where there is already an issue with girls wanting to become boys?

‘Some staff have suggested that girls who say they want to become a boy should be seen at England’s NHS gender identity clinic, which until recently used to give drugs to girls under the age of 16 to suppress their puberty, with who knows what consequences.’

Psychology graduate students Stats Atwood and Ashley Jordan had last month given the talk about the ‘trans youth project’ – a study of 300 children aged between three and 12.

The boys and girls changed their pronouns, names, and sometimes the way they dressed and styled their hair.

The children were no more depressed and only slightly more anxious than their peers, according to the study, led by Professor Kristina Olson, whom Atwood and Jordan work with.

It goes against other studies which have shown depression and other conditions among children who are looking to change sex.

A study for the NHS’s Tavistock clinic had found a higher rate of suicidal tendencies among those under 16 who were having puberty-blocking treatment.

Ms Fletcher had said in a statement that the talk was organised jointly by two student societies – the Science Society and the schools LGBTQ+ society Spectrum.

She added that there was ‘nothing about encouraging girls to seek transition’, and they would ‘always advise parents to refer to specialists outside the school’.

Ms Fletcher said the talk was ‘simply a presentation of Princeton University’s research, which is already published and in the public domain’

The school’s alumni include actresses Joely Richardson and Rachel Weisz, along with television presenter Susanna Reid.

The Tavistock NHS trust clinic in London had in the past referred children as young as 12 for puberty blockers, but last year the High Court ruled that children under 16 were not likely to be capable of giving informed consent.

Judges said that clinics needed a court’s permission because the treatment was experimental.

It boasts that its ‘Trans Youth Project’ is the first large-scale, national, longitudinal study of ‘socially-transitioned transgender children’ to date.

The lab is currently recruiting new families to join its research on gender development in New Jersey and across the US.

Stats Atwood, one of the grad students who gave the talk at St Paul’s, works with Dr.Kristina Olson exploring the ‘development, perceptions, and implications of gender diversity’.

Atwood was born in China and raised in eastern Massachusetts, having previously studied psychology and violin at Oberlin College & Conservatory and the University of Washington. 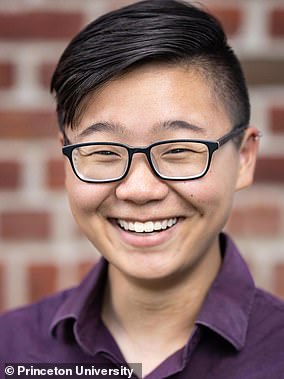 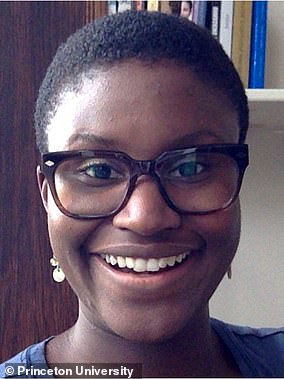 Gender neutral pronouns are used in Atwood’s HUDL profile, which says: ‘Outside the lab, you might find them playing violin, exploring nature, or snacking voraciously.’

Ashley Jordan, the second grad student who gave the Westminster talk, received her Ph.D. in Developmental Psychology from Yale University, having worked in assessing social cognition in infancy and early childhood.

Her work examines mechanisms that ‘underlie our emerging evaluations of social life with a particular emphasis on how messages about similarity guide children’s social preferences and inform their inferences about the structure of social groups’.

Her profile says she wishes to apply these ideas to the ‘study of gender development among, and prejudice toward, gender non-conforming youth’.