GEORGE the Poet, who opened the BBC’s coverage of Harry and Meghan’s wedding, is among a group of writers aiming to inspire the nation to stay positive during lockdown.

The 30-year-old, whose real name is George Mpanga, is one of six poets, authors and artists from across the globe taking part in the ‘Short Moving Stories (SMS)’ campaign. 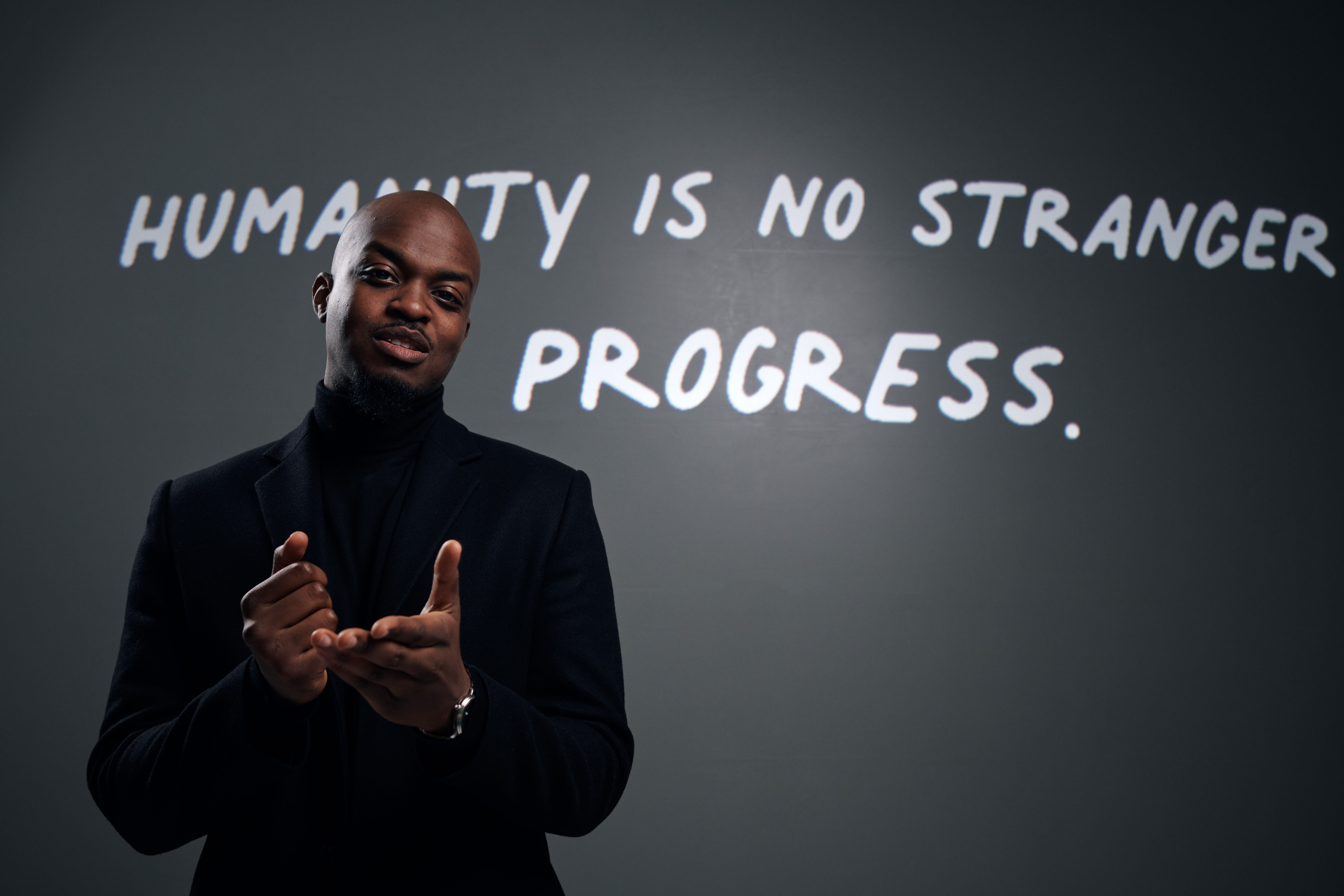 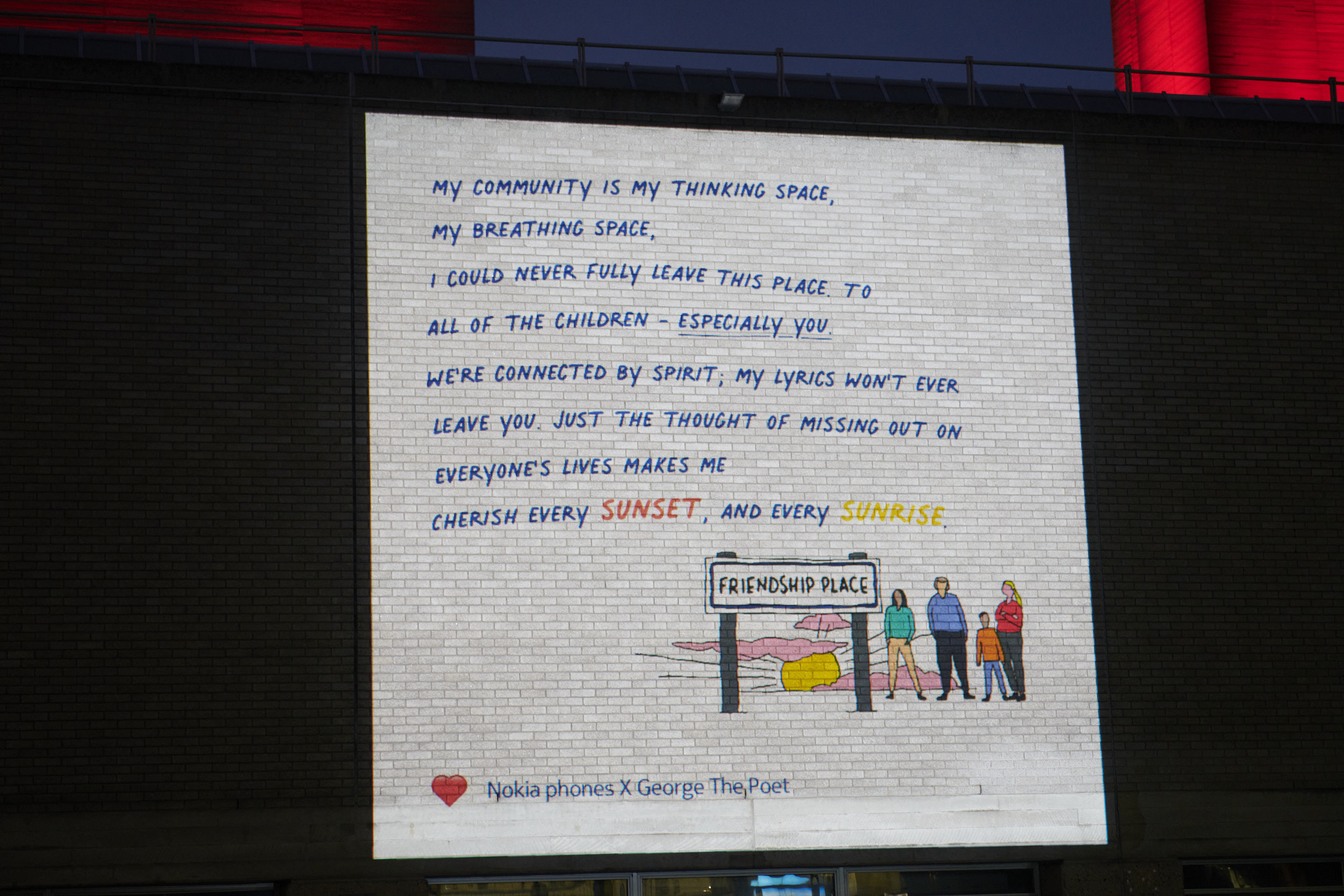 In total, 15 stories covering themes of love, hope, friendship, community, work and family have been written by creative minds from as far afield as India, Kenya, Russia and Colombia – and the UK.

The public is being urged to share the inspirational writings with loved ones in order to spread positivity and optimism across Britain and beyond.

Nokia is behind the campaign which was launched after a study commissioned by the phone makers found half of adults consider themselves to be naturally positive.

But 36 per cent admit they’ve become increasingly negative as the pandemic has continued.

George the Poet said: “Sometimes a few words can make all the difference.

“We’ve all experienced how some days can feel flat and endless, especially as we can't see our friends and family.

“Like the Nokia 5.4 I hope that my poems help you stay connected and in touch with your loved ones, until we can all be together again.”

My community is my thinking space, my breathing space,
I could never fully leave this place. To
All of the children – especially you.
We're connected by spirit; my lyrics won't ever leave you.
Just the thought of missing out on everyone's lives makes me
Cherish every sunset, and every sunrise.

Other authors involved in the initiative include James McInerney, who is behind the Poetry Project as seen on the London Underground, and acclaimed Indian novelist Ruskin Bond.

George Kagwe, a comedian from Kenya has contributed too, along with Alina Balashova, a Russian snowboarder, and Juan Pablo Gaviria, an author and influencer from Colombia.

Despite the impact of Covid on the nation’s positivity, the study of 2,000 adults also found 55 per cent have been motivated by recent events to try to be more positive.

They've been inspired by emergency service workers (18 per cent), friends (27 per cent) and their children (28 per cent).

Two thirds have also been more motivated to phone friends and family – regularly checking in to make sure they’re doing okay.

While almost half have also been more inclined to reach out to people they haven’t spoken to in years.

A key reason for this is to show loved ones they’re being thought of, with 74 per cent claiming that receiving messages from friends and family ‘makes their day’.

And it’s made a difference as the study found four in 10 have become closer with friends during the pandemic.

Stephen Taylor of Nokia, which launched the Nokia 5.4 in December, said: “If the last year has shown us anything it’s the importance of positivity.

“Following nearly a year of isolation and vulnerability one thing that stood out to us is the power of people’s collective voices to spread positivity in a time of need.

“This is also at the core of our business and ties back to our Finnish roots – Finland has consecutively won the title of being the happiest country in the world.

“So we are championing positive voices from around the world to spread uplifting messages, and help support each other as we come through the other side of global lockdowns.”