The owner of doomed alpaca Geronimo has been hand-feeding her beloved animal his favourite foods in his final moments as she waits for his imminent execution.

Helen Macdonald, 50, has been cherishing her final moments with Geronimo and trying to make them ‘special’ as she waits for a Defra death squad at her farm in Wickwar, south Gloucestershire.

The High Court this week rejected Miss Macdonald’s request for a review into the kill order – which mandated that Geronimo must be put down within 30 days of August 5 after he twice tested positive for bovine tuberculosis (bTB).

Geronimo was granted a 24-hour reprieve on Thursday, which ended at 5pm on Friday, leaving the veterinary nurse in the dark about when the death squad will turn up at her door.

The heartbroken owner said Geronimo has started to ‘sense’ her anxiety and said she ‘hates’ the uncertainty around the timings Defra have given her, The Sun reported. 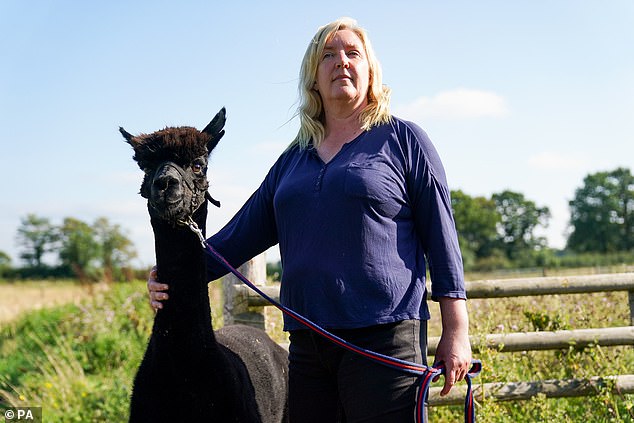 Helen Macdonald, 50, has been hand-feeding her doomed alpaca Geronimo (pictured) his favourite snacks as she waits for a Defra death squad to turn up at her farm in Wickwar

As the deadline passed, she told the publication: ‘Every moment I get with him is special as it could be the last. I’ve been hand-feeding him as it’s a bit more personal.’

Geronimo has twice tested positive for bovine tuberculosis and his owner believes the tests are returning false positives, but has been refused permission to have him tested a third time.

Miss Macdonald also said she remains on ‘high alert’ as officials from Defra are yet to visit her farm in south Gloucestershire to enforce the destruction order.

She explained: ‘We will remain on high alert until Secretary of State George Eustice MP gives us permission to test Geronimo with an appropriate test for camelids four years after the misused tests.

‘If the result is positive, I will accept it.

‘Or keep Geronimo in ‘isolation for research purposes’, which is what we have been doing for four years. 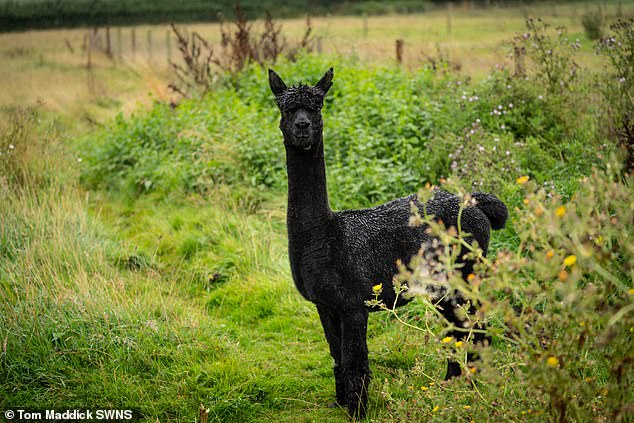 Geronimo (pictured) was granted a 24-hour reprieve on Thursday, which ended at 5pm on Friday, leaving Miss Macdonald in the dark about when the death squad will turn up

‘We must be able to learn and this is being denied to us. Everyone knows that what is happening to us is unreasonable and cruel.’

Ms Macdonald, who imported the alpaca from New Zealand, has received an outpouring of support from the public, with more than 130,000 people signing a petition calling on Boris Johnson to halt the killing.

On Wednesday, a High Court judge refused her lawyer’s application for a temporary injunction to stop the destruction order and reopen the case.

Supporters of Geronimo are planning to thwart his executioners by using decoy alpacas.

The ‘Alpaca Angels’ – who have kept a constant watch over the doomed stud since the High Court ruled that he be put down – pledged last night to unleash the disruptive tactics.

Geronimo is in isolation, but four similar-looking alpacas are in an adjacent field – with an open gate in between.

Supporters say the Defra officials will need to look hard to find the right alpaca.

They also hinted the animals could take inspiration from the movie, Spartacus, with all five pretending to be Geronimo.

Ms Macdonald said that when Defra officials arrive at her farm to euthanise Geronimo, she will not break the law.

At the farm, friends, family and supporters have joined her to protest against Geronimo’s impending fate.

Miss Macdonald insisted that she refuses to do the Government’s ‘dirty work’ by putting down her own animal.

She continued: ‘We got a letter yesterday from the government legal department. I genuinely think they don’t know what to do, they don’t want to kill him.

‘And they expect me to put down my own animal. I’m supposed to arrange his euthanasia and then say that the body will be available from ‘X’ time so they can come and collect it.

‘Well I’m just not going to do that.

‘They want me to kill him. The want to say that I consented, and they don’t want his blood on their hands.

‘They’re trying to break me down. All of these extensions and faffing around is to wear down my mental state.

‘They’ve done it before, I got bullied and threatened and all sorts in 2017. In a two-month period he survived seven attempts to come and kill him.’

Asked if officials could break in to carry out the slaughter, Miss Macdonald added: ‘The police will let them in, they have a warrant on access.

‘If I kill him, I’ll need to agree to kill him with my vet.

‘But my vet won’t come as he’s worried about his own safety. How is it possible to kill a healthy animal in this environment?’

Geronimo’s four-year fight for clemency came after he twice tested positive for bovine tuberculosis (bTB) in 2017.

The High Court decision this week means Defra will not be compelled to investigate whether it holds data that suggests bTB tests can be unreliable in alpacas.

Miss Macdonald said: ‘This a needless slaughter and the whole planet knows it.’ 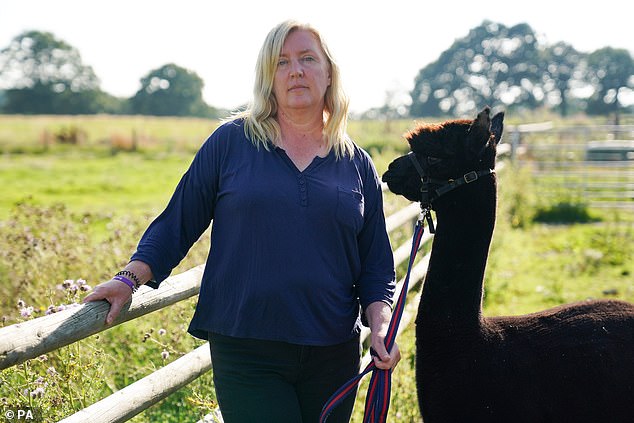 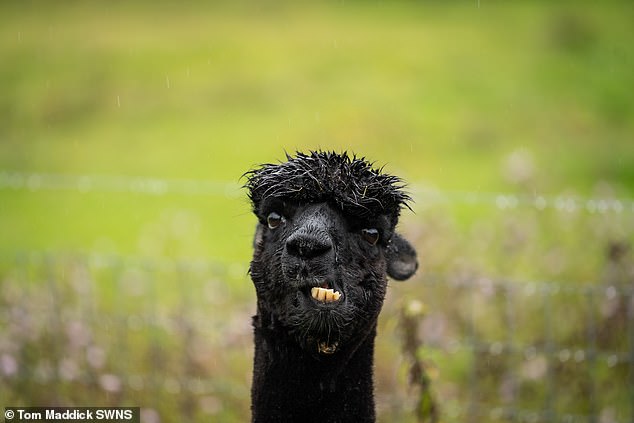 As well as alpacas, badgers have been a victim of the fight against bovine TB, with mass culling employed to stop the spread since 2013, sparking a huge public backlash.

Last week, the Government insisted all the evidence on Geronimo’s condition had been ‘looked at very carefully’.

A Defra spokesman said: ‘We are sympathetic to Ms Macdonald’s situation – just as we are with everyone with animals affected by this terrible disease.

‘It is for this reason that the testing results and options for Geronimo have been very carefully considered by Defra, the Animal and Plant Health Agency and its veterinary experts, as well as passing several stages of thorough legal scrutiny.

‘Bovine tuberculosis is one of the greatest animal health threats we face today and causes devastation and distress for farming families and rural communities across the country while costing the taxpayer around £100 million every year.

‘Therefore, while nobody wants to cull animals, we need to do everything we can tackle this disease to stop it spreading and to protect the livelihoods of those affected.’