A CHILD was found wandering alone on a busy main road after escaping nursery "through a gap in the fence."

The three-year-old girl was at Flying Start nursery in Romiley, Stockport when she managed to leave the grounds and start walking home. 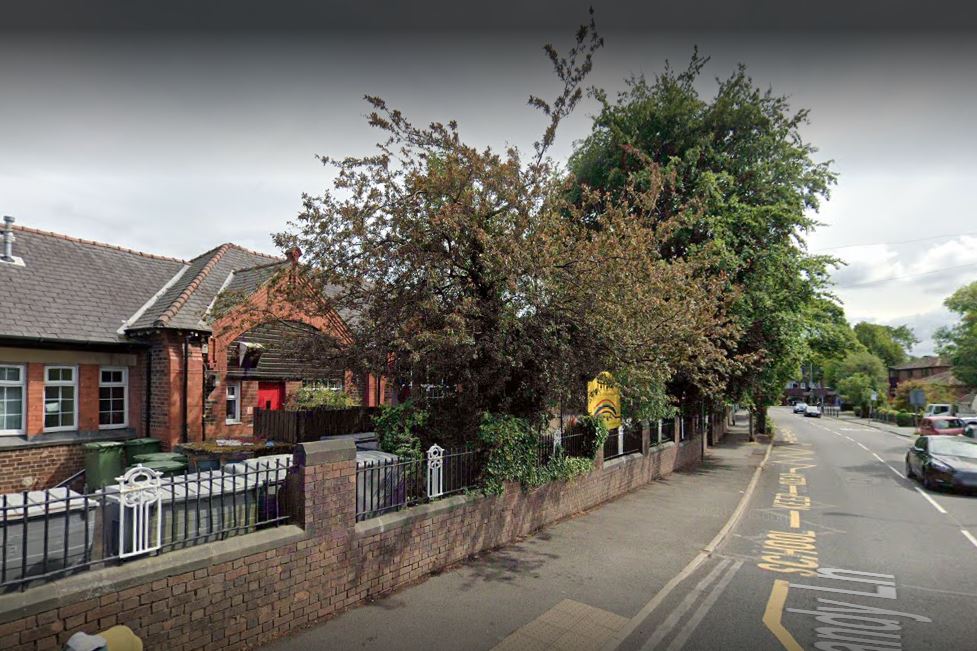 When the dad arrived to collect his daughter at around 3.20pm, he was told she was missing – with staff alerted just moments earlier.

In a panic, staff started searching for the little girl in the nursery grounds, which is part of Romiley Primary School.

But the toddler was miraculously found 10 minutes later – 0.7 miles away on a "very busy main road."

Following the ordeal last Wednesday, a probe was launched into how the girl was able to escape and nearly make it all the way home.

Parents were told that the nursery's investigation had discovered the child "left the nursery playground through a gap in the perimeter fence."

The anonymous parent said: "They don't know how she got out, they say they think it was the fence panel because they knew it was loose.

"They told one parent the panel was loose and they knew about it, but hadn't repaired it, so they thought that must be how she got out.

"It doesn't make sense because the times don't make sense, the child must have been off the playground way before they say she was to travel the distance, it just shows they have no idea when she went, which is what is really scary.

"How did they not see her climbing through the fence? They are covering up because they don't know what happened."

Another parent said that a number of worried parents have kept their kids off since the ordeal – with "quite a few" leaving the nursery altogether.

In a letter to parents, they were given a timeline of the events, which states: "At approximately 3.15pm yesterday, a member of staff was stood manning the gate as parents were collecting children and another member of staff was also in the playground at this time talking with another parent.

"At approximately 3.18pm, the team were alerted that a child was missing from the playground. The team checked inside the nursery and also the perimeter of the building followed by a search of the school grounds.

Following the ordeal, the nursery said children will be kept inside at collection time until their parent or carer has arrived.

A spokesperson for Flying Start said: “A child attending Flying Start nursery in Romiley, Stockport was discovered to have made their way, unescorted, off the premises and found their way home.

“Staff at the nursery enacted necessary and pre-arranged protocols to manage the situation and, most importantly, the child was found safe and well. All children are signed in and out and headcounts are undertaken regularly throughout the day.

“We would like to reassure our parents that we have robust systems in place to ensure this situation does not and cannot happen again.

"An internal investigation has been completed which has led to operational changes on site. We have been liaising with Ofsted and they are comfortable with our protocols.

“We have learnt from the incident, remain open and are committed to delivering first class care and early-stage education to our children.”

A spokesperson for Ofsted said: "We have been made aware of an incident where a child went missing from the nursery.

"We are working with the provider and external agencies to ensure that children are safe while attending the setting."

A spokesperson for Stockport Council said: "The council has been made aware of an incident.

"Any reports of this nature are taken very seriously, and a multi-agency investigation is taking place."