EXCLUSIVE: TV quiz show contestant, 73, died as he waited more than FOUR HOURS for an ambulance after collapsing in the garden

A 73-year-old TV quiz show contestant has died after he was forced to wait more than four hours for an ambulance to arrive after he collapsed in his garden, MailOnline can reveal.

David Patrick, a grandfather and veteran contestant on multiple TV quiz shows, fell to the ground while walking back to his house from his shed in Stourbridge, West Midlands.

But when his wife Patricia, 71, dialled 999 she was told that no medics were available and there was a six-hour waiting time.

Mr Patrick, who had appeared on TV quiz shows such as Fifteen to One and The Weakest Link, was instead forced to lie flat on his patio while his despairing wife covered him in a duvet to try to keep him warm while they waited for help. 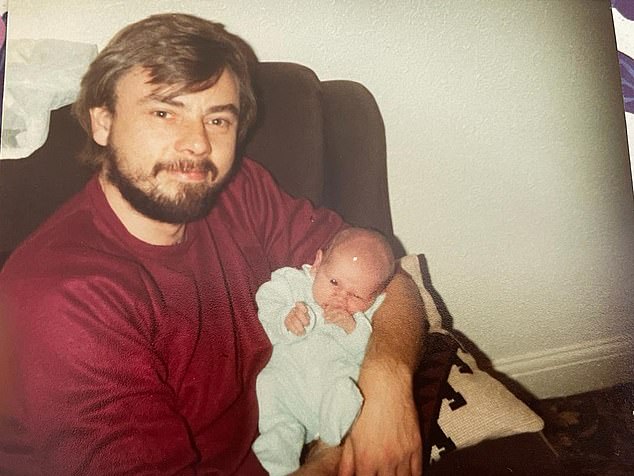 David Patrick (pictured), a grandfather and veteran contestant on multiple TV quiz shows, fell to the ground while walking back to his house from his shed in Stourbridge, West Midlands

However Mr Patrick began to lose consciousness and was in cardiac arrest by the time an ambulance finally arrived at his home at 9.30pm on Tuesday evening.

The ambulance team attempted to revive him but he was pronounced dead in hospital a few hours later.

Although a cause of death is still to be determined, he had heart problems and suffered from Chronic Obstructive Pulmonary Disease and diabetes, which caused him to have a foot amputated eight-years ago.

West Midlands Ambulance Service has apologised to his family and said that long hospital delays mean patients are waiting longer for ambulances to arrive.

Mr Patrick’s death comes amid dire warnings that paramedics in the region are just a month away from having to stop responding to emergency calls because a lack of resources is about to cause a ‘Titanic moment’. 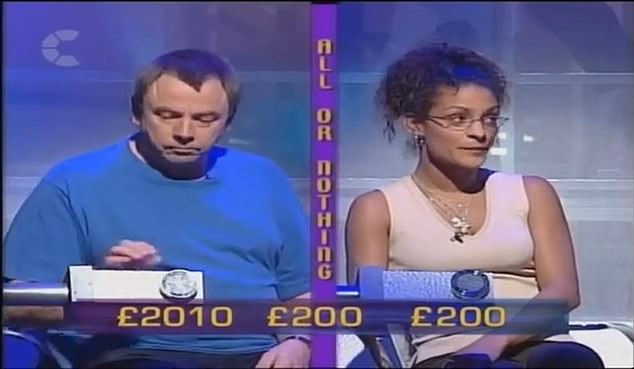 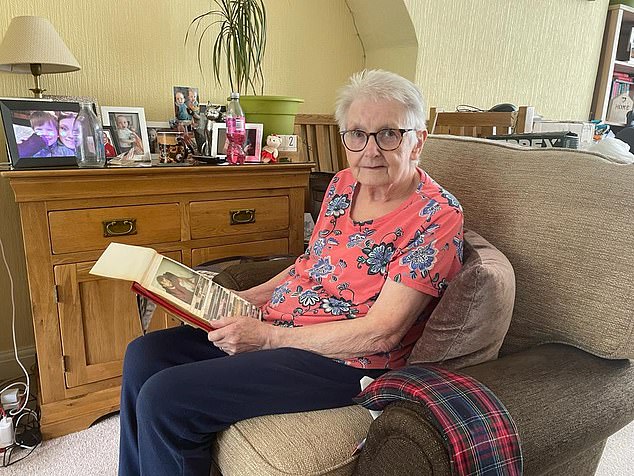 When his wife Patricia (pictured) , 71, dialled 999 she was told that no medics were available and there was a six-hour waiting time

And Mr Patrick’s heartbroken widow, Patricia, 71, said today: ‘Something has to be done urgently, people cannot be made to wait for over four hours to receive help.

‘When the operator first told me how long we’d have to wait, I couldn’t believe what I was hearing, I thought I’d misheard. It wasn’t even a busy weekend night.

‘My husband was a vulnerable man who needed treatment straight away. He didn’t deserve to have to wait on the patio through the evening as it got colder and darker.

‘If any good comes from my husband’s death it’s that something like this doesn’t happen ever again. The NHS is under incredible strain with massive delays and people are dying as a result. It cannot continue like this.’

Mr Patrick was pottering around in his garden shed listening to music on Tuesday afternoon but as he went to walk back to the house around 5.20pm he collapsed.

His wife called for an ambulance five minutes later but on being told there was a huge wait, she set about making him as comfortable as possible on the patio.

She said that her husband began to complain of suffering pain in both his legs before he started to lose consciousness.

Mrs Patrick dialled 999 again around 9.10pm when he appeared to stop breathing, while a neighbour who had also seen what was going on reported the incident to both the paramedics and police.

An ambulance finally arrived at the couple’s end terrace home just before 9.30pm.

Mr Patrick was rushed to the nearby Russells Hall Hospital in Dudley, where he died just after midnight on Wednesday morning.

Mrs Patrick said: ‘David had a shed outside, where he would listen to his CDs and then log them all on a computer he had in there. 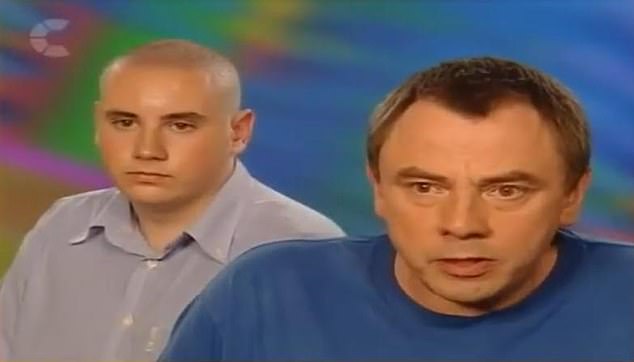 Mr Patrick (pictured on a quiz show, right, with his son Jay, left) was rushed to the nearby Russells Hall Hospital in Dudley, where he died just after midnight on Wednesday morning

‘We have two steps down from the kitchen door and he usually waited for my son to come and give him a hand inside.

‘But while my son was locking up the shed yesterday, David fell. I was in the kitchen and saw him go down.

‘He only had one foot, after having one amputated because of diabetes, so he did have difficulty walking.

‘We initially thought he’d broken his hip because he said that was where he was in a lot of pain.

‘But later on he said both his legs were aching.

‘I was sat out waiting with him and as it got chillier I went and fetched the quilt from his bed in the living room and put it over him and a pillow underneath his head.

‘I got his jacket and put it around his shoulders to keep out the cold.

‘After three and half hours he started to drift out of consciousness and stopped breathing. That’s when I called again.

‘My next-door neighbour also dialled 999 and her husband called the police as well to report what was going on because he felt it wasn’t right that a 73-year-old man was left lying in the garden for so long.

‘I have to say that when the paramedics did come they were absolutely fabulous and did all they could to save David but they shouldn’t have been put in a position where they had to keep someone waiting for more than four hours.’

Mr Patrick was last on TV screens in November 2001 when he appeared on Challenge TV’s Stake Out. 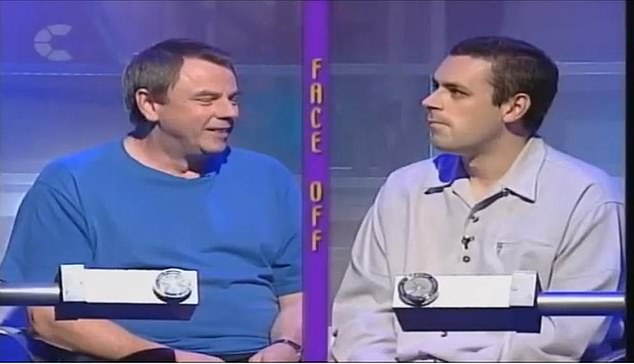 His wife added: ‘He loved quizzes, he was part of a pub quiz team. He’d been on TV quite a bit over the years on Fifteen to One and The Weakest Link. He’d won a fair bit of money too. Quizzes were his passion.’

West Midlands Ambulance Service have said they received three calls relating to Mr Patrick, the first of which was logged as a fall.

As his condition worsened, their response was stepped up.

In a statement, a spokesman said: ‘We would like to apologise to the patient’s family for the time it took to get to them.

‘Following new information that the patient’s condition had become much more serious, an ambulance arrived within four-and-a-half minutes of that call being received and 15 minutes after the second call.

‘The whole of the NHS remains under severe pressure and unfortunately, long hospital handover delays mean some patients are waiting far longer for an ambulance to come to them than we would want.’

Speaking in May, West Midlands Ambulance Service Director of Nursing, Mark Docherty, pinpointed August 17 as the day the service could collapse.

He warned patients are ‘dying every day’ from avoidable causes created by ambulance delays and expressed his frustration that NHS England and the Care Quality Commission are ‘not all over’ the issue.

In an interview with the Health Service Journal (HSJ), Mr Docherty said rising numbers of people were waiting in the back of ambulances for 24-hours before being admitted to hospital and that serious incidents have quadrupled in the past year, largely due to severe delays.

He said: ‘Around August 17 is the day I think all will fail…I’ve been asked how I can be so specific, but that date is when a third of our resources will be lost to delays, and that will mean we just can’t respond.

‘Mathematically it will be like a Titanic moment. It will be a mathematical certainty that this thing is sinking, and it will pretty much be beyond the tipping point by then.’