Prince Harry and Meghan Markle have received thousands of well-wishes and messages of congratulations from across the world after they announced the birth of their second child.

Lilibet ‘Lili’ Diana Mountbatten-Windsor was born on Friday, June 4 at 11.40am at Santa Barbara Cottage Hospital in California.

Prime Minister Boris Johnson led the good wishes to the couple, saying: ‘Many congratulations to The Duke & Duchess of Sussex on the birth of their daughter.’

He was followed shortly after by Lib Dem leader Ed Davey who wrote: ‘Many congratulations to Meghan, Harry and Archie on the wonderful news and welcome Lili!’

Meghan and Harry chose to honour both his mother Princess Diana and The Queen with their second child’s name, as Lilibet is an affectionate term that was used for Her Majesty by Prince Philip, and Diana being given as her second name. 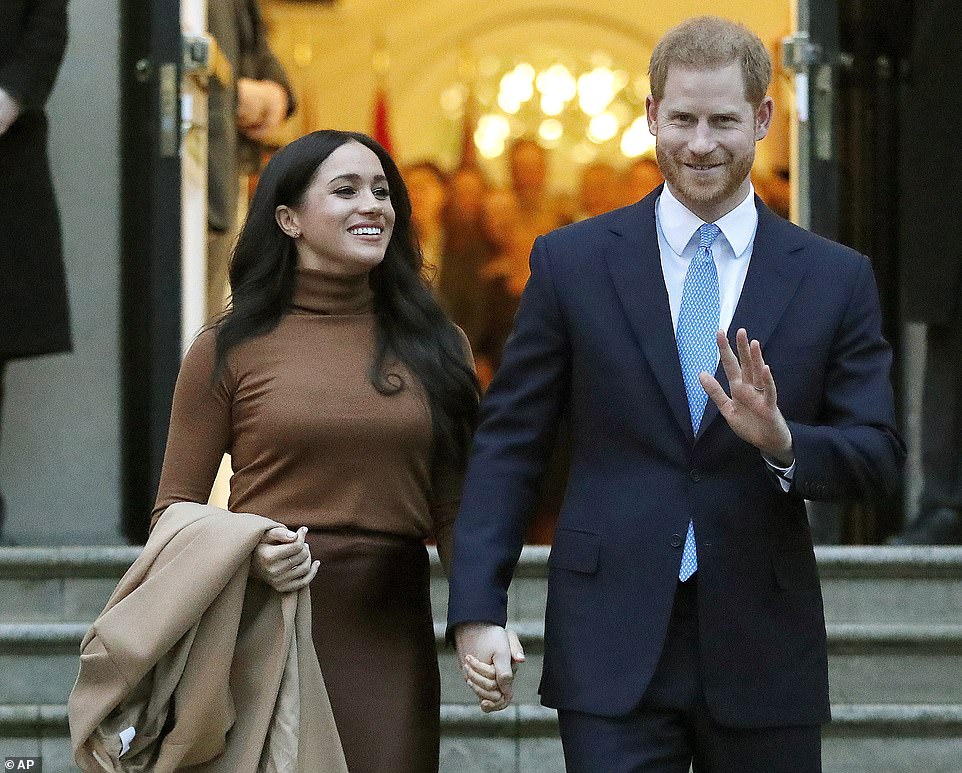 Prime Minister Boris Johnson led the good wishes to the couple, saying: ‘Many congratulations to The Duke & Duchess of Sussex on the birth of their daughter.’

He was followed shortly after by Lib Dem leader Ed Davey who wrote: ‘Many congratulations to Meghan, Harry and Archie on the wonderful news and welcome Lili!’

A statement from the couple’s press secretary said: ‘It is with great joy that Prince Harry and Meghan, The Duke and Duchess of Sussex, welcome their daughter, Lilibet ‘Lili’ Diana Mountbatten-Windsor, to the world.

‘Lili was born on Friday, June 4 at 11.40am in the trusted care of the doctors and staff at Santa Barbara Cottage Hospital in Santa Barbara, California.

‘She weighed 7lbs 11oz. Both mother and child are healthy and well, and settling in at home.

‘Lili is named after her great-grandmother, Her Majesty The Queen, whose family nickname is Lilibet.

‘Her middle name, Diana, was chosen to honour her beloved late grandmother, The Princess of Wales.

‘This is the second child for the couple, who also have a two-year-old son named Archie Harrison Mountbatten-Windsor.

‘The Duke and Duchess thank you for your warm wishes and prayers as they enjoy this special time as a family.’

Harry and Meghan revealed they were expecting a girl in March during their explosive tell-all interview with Oprah Winfrey.

It was a lighter moment during a series of bombshells that left the monarchy in crisis.

Meghan accused an unnamed member of the royal family – not the Queen nor Duke of Edinburgh – of racism, saying they expressed concern about how dark Archie’s skin tone might be before he was born. 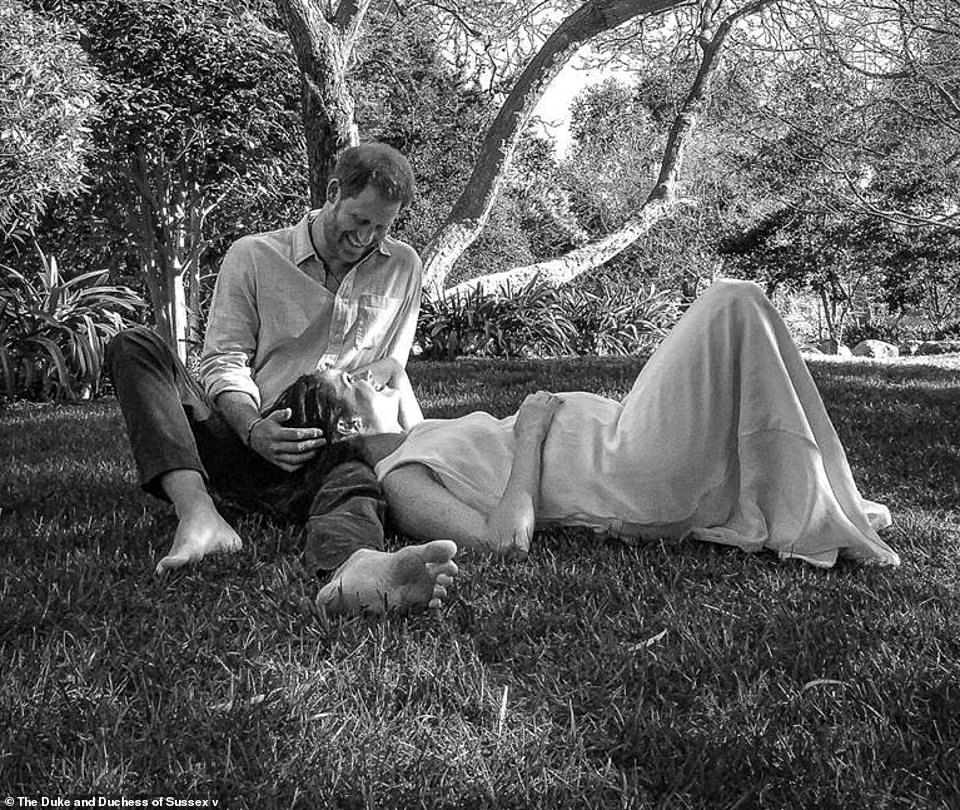 The Duchess of Sussex has given birth to a daughter named Lilibet ‘Lili’ Diana Mountbatten-Windsor, after the family nickname for the Queen and the duke’s mother Princess Diana, who died in 1997 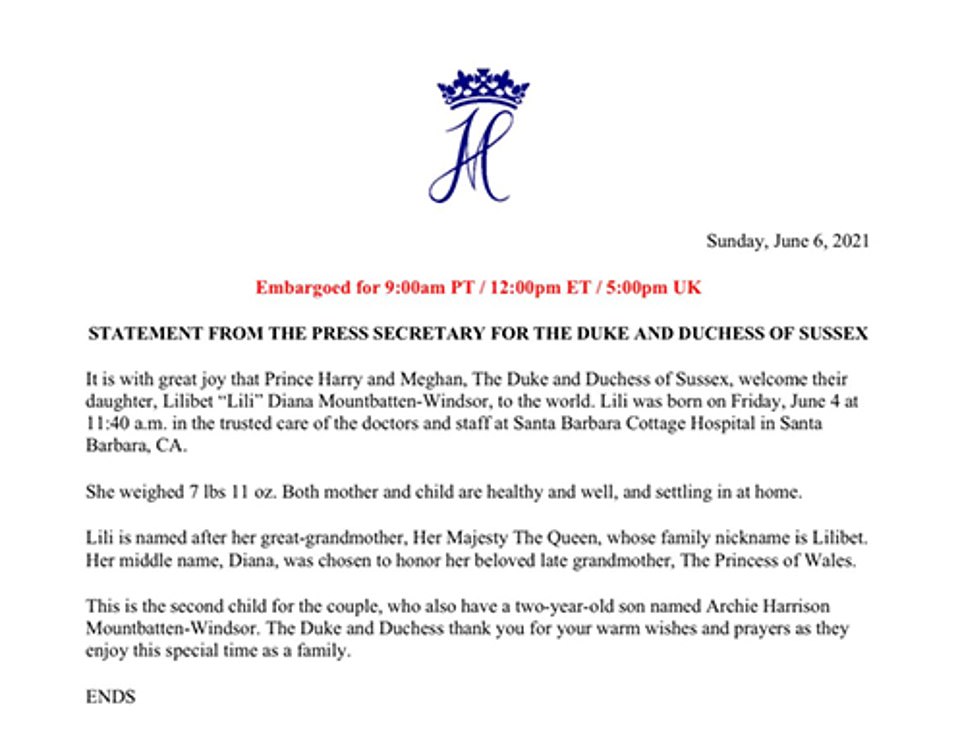 A statement from their press secretary said: ‘It is with great joy that Prince Harry and Meghan, The Duke and Duchess of Sussex, welcome their daughter, Lilibet ‘Lili’ Diana Mountbatten-Windsor, to the world’ In a message of thanks on their Archewell website, Harry and Meghan said: ‘On June 4, we were blessed with the arrival of our daughter, Lili. She is more than we could have ever imagined, and we remain grateful for the love and prayers we’ve felt from across the globe. Thank you for your continued kindness and support during this very special time for our family’

The duchess also called out the institution for not helping her when she was suicidal.

The Queen responded by saying the issues were taken ‘very seriously’ but that ‘some recollections may vary’ and the matter would addressed by the family privately.

The new baby is the Queen’s 11th great-grandchild – poignantly the first of the monarch and Philip’s great-grandchildren to be born since the death of the duke in April.

Lilibet – the Queen’s family nickname – was first used when Princess Elizabeth was just a toddler and unable to pronounce her own name properly.

Her grandfather King George V would affectionately call her ‘Lilibet’ imitating her own attempts to say Elizabeth.

The sweet nickname stuck and she became Lilibet to her family from then on.

The Duke of Edinburgh also referred to his wife as Lilibet, writing to his mother in law after their wedding: ‘Lilibet is the only ‘thing’ in the world which is absolutely real to me.’

Harry and Meghan’s new baby daughter – the Queen’s 11th great-grandchild – will be known as Lili.

A variation on Lily, the flower is often seen to symbolise purity, commitment, rebirth and fertility.

It is no surprise the couple chose to pay tribute to Diana, who died in a car crash in 1997 when Harry was just 12.

Lili has been born almost a month before the princess would have celebrated her 60th birthday on July 1.

Lili’s cousin Princess Charlotte also has Diana as one of her middle names, as well as Elizabeth. She is Charlotte Elizabeth Diana.

But with the Sussexes living in California and amid troubled relationships with their family, it is not known when or if the new addition will meet the Queen and the rest of the royals.

Harry has gone on to accuse the royal family of ‘total neglect’ when his wife Meghan was feeling suicidal amid harassment on social media.

In his Apple TV mental health series, he lambasted the parenting skills of the Prince of Wales, criticising his father for expecting his sons to endure the pressures of royal life, just as Charles has done, instead of protecting them.

Meghan controversially claimed during her Oprah broadcast that Archie had his right to be a prince taken away from him because of his race.

In fact, he was too far removed from the crown because although he is a great-grandchild of a sovereign, he is not the ‘eldest living son of the eldest son of the Prince of Wales’ as George V’s rules required.

The new baby will be entitled to be a princess and Archie a prince – both with HRH styles – after the death of the Queen and when Charles becomes king.

This is because they will have moved up the line of succession to become the children of a son of a monarch.

Despite Harry and Meghan quitting as senior working royals, the baby still has a place in the line of succession.

She is eighth in line to the throne, coming after Archie, who is seventh in line, and before the Duke of York, who has dropped to ninth place.

The new baby is also a first cousin of Prince George, Princess Charlotte and Prince Louis and a fifth grandchild for Charles, but will grow up across the Atlantic, thousands of miles away from the royal family – at a time of heartbreak and division within the Windsors.

Harry told Winfrey he felt ‘really let down’ by his father and how ‘there’s a lot of hurt that’s happened’ but he wanted to try to heal the relationship.

He said of his rift with his brother the Duke of Cambridge that the ‘relationship is ‘space’ at the moment’ and that he hoped time would make things better.

Harry later appeared to suggest that his father and the Queen and Philip had failed as parents, while the family was still mourning the duke.

Speaking on the Armchair Expert podcast that was broadcast in May, the duke said he wanted to ‘break the cycle’ of ‘genetic pain and suffering’ for the sake of his own children.

He said of Charles: ‘He’s treated me the way he was treated, so how can I change that for my own kids?’

The baby is the most senior royal in the current line of succession to be born overseas and would be eligible to become president of the United States.

Her arrival follows the heartache the couple suffered when the 39-year-old duchess suffered a miscarriage in the summer of 2020.

In November, former Suits actress Meghan wrote, in a deeply personal article for the New York Times: ‘I knew, as I clutched my firstborn child, that I was losing my second.’

The Sussexes announced on Valentine’s Day they were expecting again, releasing a black and white photo of themselves sitting under a tree in Los Angeles.

Harry and Meghan stepped down as senior working royals in March 2020 in a quest for personal and financial freedom after struggling with royal life.

They have signed multimillion-pound deals with Netflix and Spotify, and set up their Archewell Foundation.

If Harry keeps true to his pledge, their daughter will be their last child.

He told activist and chimpanzee expert Jane Goodall in 2019 that he would only have two children for the sake of the planet.

Home for the new family-of-four is Harry and Meghan’s £11 million forever mansion in Montecito, California.

2021 is proving to be a bumper year for royal babies.

Princess Eugenie welcomed a son August in February, while Zara Tindall had a boy Lucas in March, and Princess Beatrice is expecting her first child, who will be the Queen’s 12th great grandchild, in the autumn.