A group of heavily armed protesters in Kenosha were filmed getting tear-gassed during a tense standoff with law enforcement officers in an armored police truck.

The clip, filmed by a reporter at the scene, shows several men carrying semi-automatic weapons joining others to square off with the officers in the vehicle, taunting them during a night of chaotic rioting over the police killing of Jacob Blake.

“They’re gonna gas us!” one man carrying a rifle shouts to others at the beginning of the two-minute video as he stands right next to the police truck.

“You’re f–king cowards!” another shouts from out of the frame.

As the officers in the idling vehicle inch forward, the group moves in closer around the truck, blocking its path.

Eventually, the officers begin tossing teargas canisters at the crowd from inside the truck. The group scatters as some protesters attempt to kick or carry the canisters away.

“Kick that s–t!” one person shouts.

Several loud bangs are then heard as the truck then makes its way down the street.

Bystanders shouted anti-cop chants at the officers as the drove off. 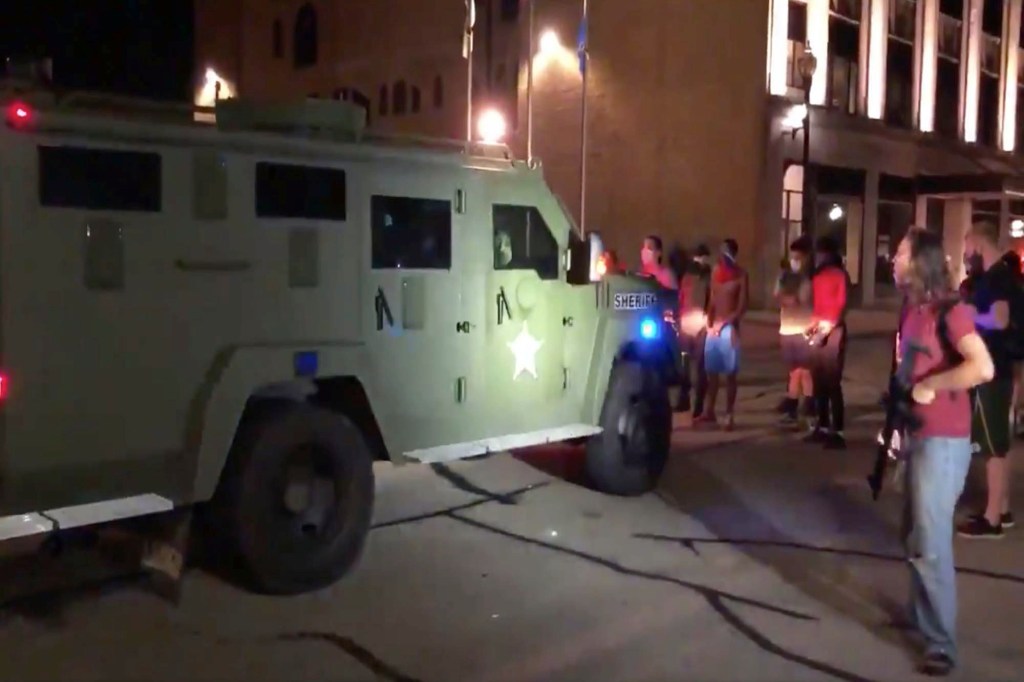 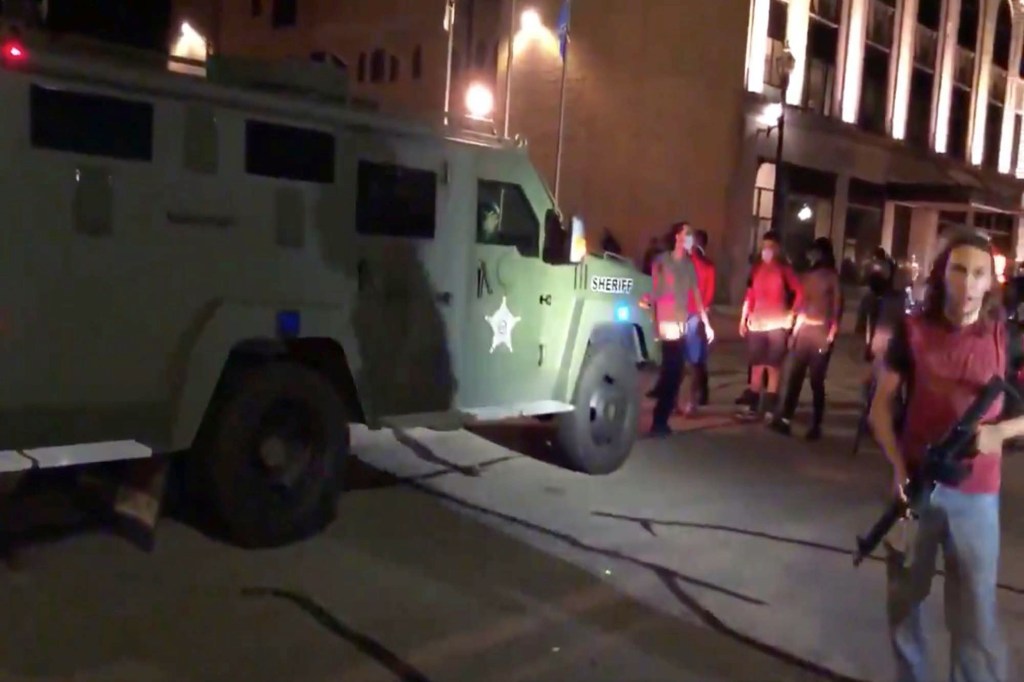 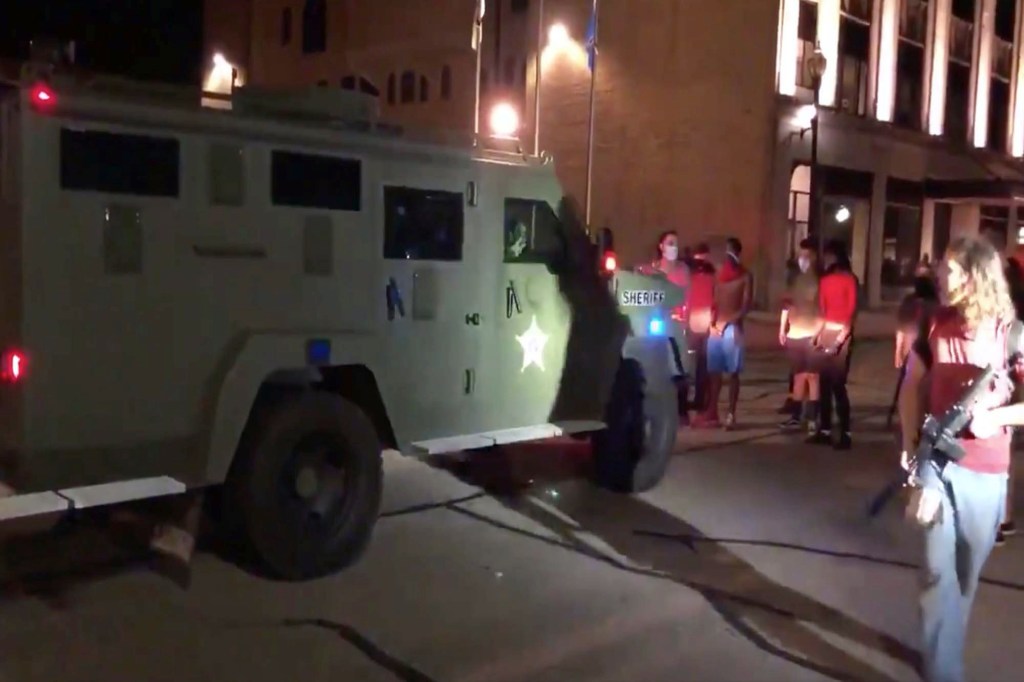 Related posts:
August 26, 2020 World News Comments Off on Heavily armed protesters square off with armored police truck in Kenosha
Celebrity News:
Chrissy Teigen Just Took 1 of Julia Child's Most Famous Dishes to Another Level
New York Dolls Guitarist Sylvain Sylvain Dead At 69
Jordyn Woods Seeks Prayers for BF Karl-Anthony Towns Amid COVID Diagnosis
Khloé Kardashian Needs to Break Up With FaceTune — Especially When She Isn't Using It On Her Face
The Real Reason Trump Met With MyPillow Guy Mike Lindell Again
Recent Posts
This website uses cookies to improve your user experience and to provide you with advertisements that are relevant to your interests. By continuing to browse the site you are agreeing to our use of cookies.Ok