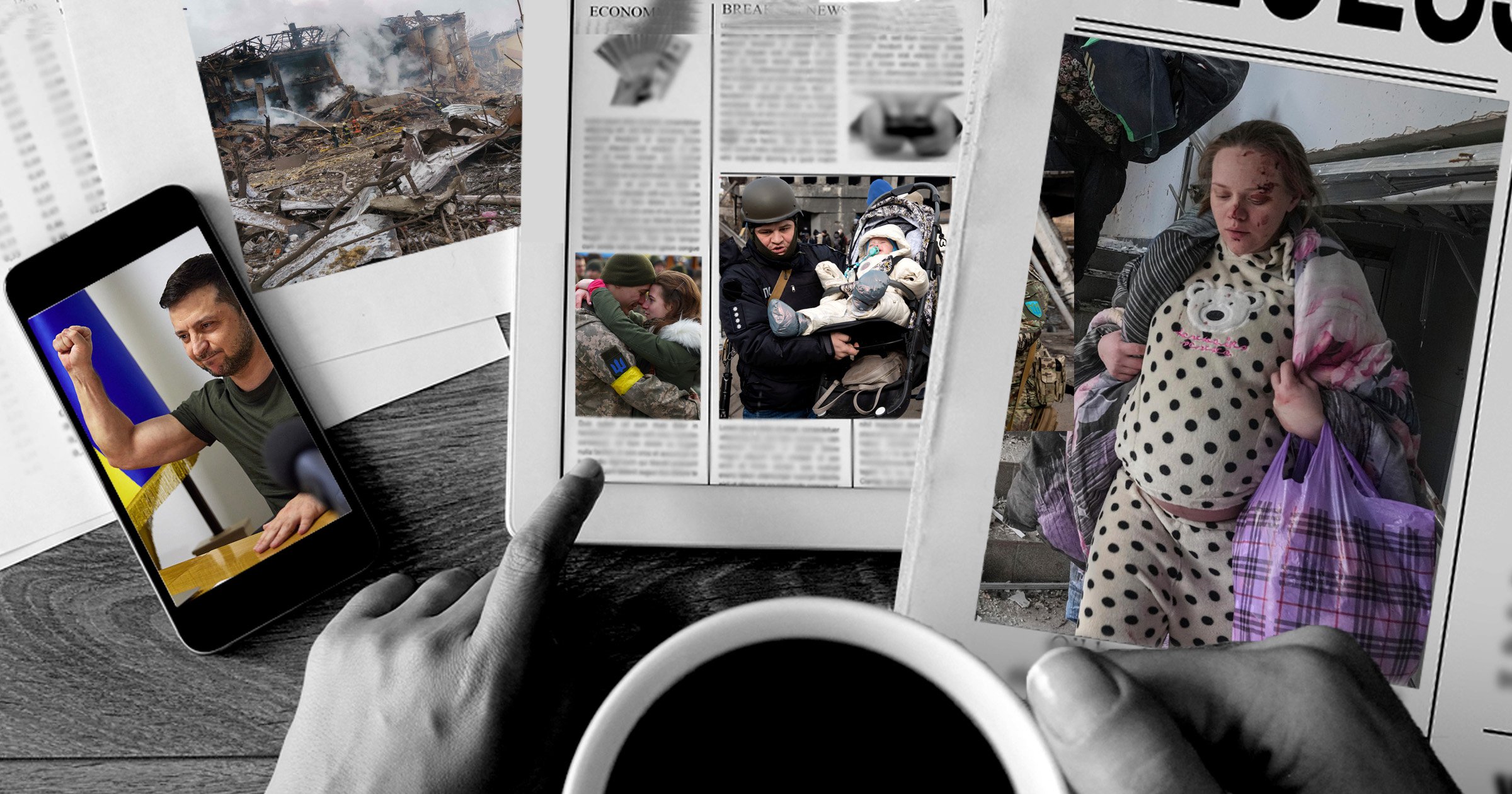 Metro.co.uk is not here to lie to you.

We do not come to sugar-coat or obfuscate. Beat around the bush, we will not.

Reader, it is our bleak duty to relay unto you the various bad tidings, grim reports and general vibe-throttlers that constitute ‘The News’.

It’s dirty work but it keeps us in hot dinners and cold pints.

You need to know it, we’re afraid – it’s an acrid, foul-tasting medicine but, in the end, it’s good for the soul.

We are living through extraordinary times and to bear witness is a privilege of sorts, even if it doesn’t feel like it at the moment.

And if you do the responsible thing now, which is to not turn away when things reach peak terrible, it will be all the sweeter when the clouds break – and they will.

Get sped up and then enjoy your weekend.

The Ukraine war is turning into a long story with a fresh horror on every page. This week produced one which stopped the world in its tracks.

Reports began to emerge earlier this week from the besieged city of Mariupol that a maternity hospital had been badly damaged in a bomb attack.

At least three people – including a child – were killed and several more were injured when powerful missiles exploded just outside.

The attack – by no means the first to target civilians – was condemned as a war crime and shocked even those who have started to feel the slow creep of desensitisation to the images and stories emerging from the continent.

The story did not end there. The Kremlin began to push baseless narratives that the whole thing was staged to drum up support for Ukraine.

Russia’s embassy in London even used an image of a wounded pregnant woman, a local beauty blogger, to try and further its bogus claims that the atrocity was staged.

She is not an actor. She is called Mariana Vishegirskaya and she was the victim of a terrible incident that endangered her life and her unborn child.

Mariana and her baby have had the last laugh, though. She’s given birth and both are doing okay. That’s them below.

Efforts to get people out of Mariupol have been ongoing throughout the week but temporary ceasefire agreements have mostly collapsed without ever really taking effect.

It is just one of many Ukrainian cities and towns surrounded by Kremlin forces and the bombs will keep falling this weekend.

The warnings about what could come next are bleak. The Ukrainians think Russia is planning to stage a terrorist attack at Chernobyl, while the West fear the Kremlin will resort to chemical weapons.

Vladimir Putin’s short war, it seems, will be anything but.

TL;DR: Russia committed a war crime and then said it didn’t.

Bad time to be an oligarch

The British government and allies have continued to put pressure on Vladimir Putin by ramping up economic sanctions.

President Zelensky – whose Churchillian speech to the House of Commons over video from his Kyiv base summoned up memories from when this country was itself at war – wants the West to go further and impose a no-fly zone.

The Nato position on that has not shifted an inch (the risks are too big, it isn’t going to happen) but the economic measures have continued

In the UK, the government has gone after every Russian politician who supported the war in Ukraine and targeted seven high profile billionaires, including Mr Putin’s right-hand man, Igor Sechin.

But the most recognisable name on the list was Roman Abramovich, the owner of Chelsea FC.

It’s a striking moment which some thought the government might not have the stomach to go through with.

His football team – which he tried to sell before being sanctioned – will be allowed to keep playing but the club can’t sell tickets or spend money, and the proceeds from any sale won’t go to the billionaire.

Meanwhile, big brands like McDonald’s, Netflix, Coca-Cola and Starbucks have joined the boycott of Russia’s economy.

TL;DR: Right now, your money is worth more in the UK than Roman Abramovich’s.

President Zelensky personally thanked the prime minister by name during his Commons speech – but there has been some criticism of Boris Johnson at home.

The government has been accused of not doing enough to help Ukrainians fleeing the war zone.

It was slammed for not having infrastructure in place for people who have tried to reach the UK via France and for not simplifying the paperwork, even if applicants have close relatives already here.

The Ukrainian ambassador has called for an end to ‘bureaucratic red tape’ blocking people from seeking sanctuary in Britain.

Europe is experiencing a refugee crisis unlike anything in modern times, something on the scale Syria’s neighbours experienced during its civil war.

Now the government will ask the British public to open their homes to Ukrainians fleeing the fighting via a sponsorship scheme.

The UN estimates that 12 million people have already been impacted by the way, a sixth of whom have left the country.

Isn’t this nostalgic. It’s still bleak, of course – but a familiar bleak.

Prince Andrew was in the news again this week.

The royal family found out last month it would be spared the indignity of watching a senior member go through a public sex offence trial.

But it was only this week that Prince Andrew made it official, paying enough to his accuser to avoid a court hearing.

Court documents revealed a financial sum – thought to be as much as £12 million – has been paid out to Virginia Giuffre.

She alleges she was forced to have sex with the Duke three times when she was 17 and the victim of trafficking.

Andrew is selling a Swiss skiing chalet to repay his family, it has been reported.

The Treasury has confirmed no public money was used to settle the case, although it remains unclear where the full amount came from.

This week it was reported that Prince Charles is loaning his brother £7 million and it has previously been claimed the Queen has had to chip in.

It can be quite difficult to find cause for cheer in these bleak times.

The news – a daily litany of reasons to despair – can seem devoid of any cause for optimism.

And yet, while it may seem hard to believe, there is still hope that things will improve and that the world will settle into a gentler rhythm.

The day will come when we will look back on this gloomy period and take heart that the world emerged stronger and more determined than ever not to repeat the mistakes of the past.

All things must pass – and so too will this.

Anyway, this man cooked a steak that looked a bit like the British Isles.

Absolutely over the moon with it, he was.

Beaming from ear to ear.

Best day of his week, no question.

Bloody good for him.

TL;DR: Go and have a steak/righteous vegan alternative/10 pints. Be kind to yourself – you’re swell.