Idaho Special Prosecutor Rob Wood has withdrawn his contest to the competency of Lori Vallow Daybell in her murder trial.

Wood submitted his contestation Friday after a psychologist examined Daybell, 47, and declared her not competent for trial. The judge needed to still legally declare Daybell’s competency, and court proceedings were temporarily halted.

However, Wood withdrew his contest on Monday, a court document show. 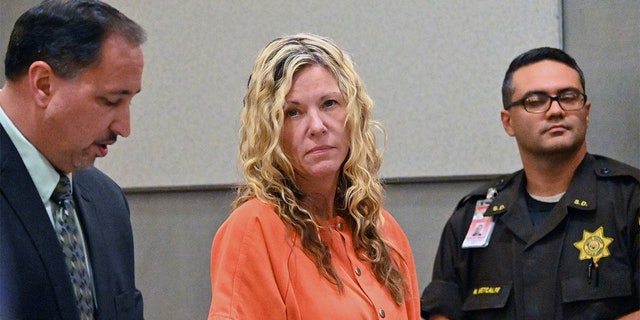 Lori Vallow appears in court in Lihue, Hawaii on Wednesday, Feb. 26, 2020. A judge ruled that bail will remain at $5 million for Vallow, also known as Lori Daybell, who was arrested in Hawaii over the disappearance of her two Idaho children. (Dennis FujimotoThe Garden Island via AP, Pool)
(AP)

Wood’s withdrawal cites the medical evaluation as well as “corresponding data” provided by the court-appointed examiner.

“The state further does not object to a medical physician’s evaluation and diagnosis of the Defendant with a corresponding treatment plan for the purpose of restoring the Defendant’s competence,” the document read.

Daybell and her husband Chad Daybell stand accused of murder and conspiracy in connection to a number of deaths, including the 2019 deaths of Lori Daybell’s two children Joshua “JJ” Vallow, 7, and Tylee Ryan, 17.

The couple began to endorse an apocalyptic religious belief system in 2018. Some believe that the religious beliefs were mainly used to justify the murder of the various victims.

Mark Means, the Daybell’s defense attorney, requested the evaluation in March. A licensed clinical psychologist met with Lori Daybell on at least two days while she remained in Madison County Jail, the EastIdahoNews.com reported.

The psychologist determined Daybell was “not competent to proceed” and recommended restorative treatment.

The couple has continued to maintain their innocence.