BOLTON locals have told how they are “living in total fear” as the deadly Indian coronavirus variant sweeps through the town, killing hopes of summer freedom.

The streets are empty and the area is turning into a “ghost town”, with people afraid to leave their homes after experts warned the Covid strain could cause 1,000 deaths a day. 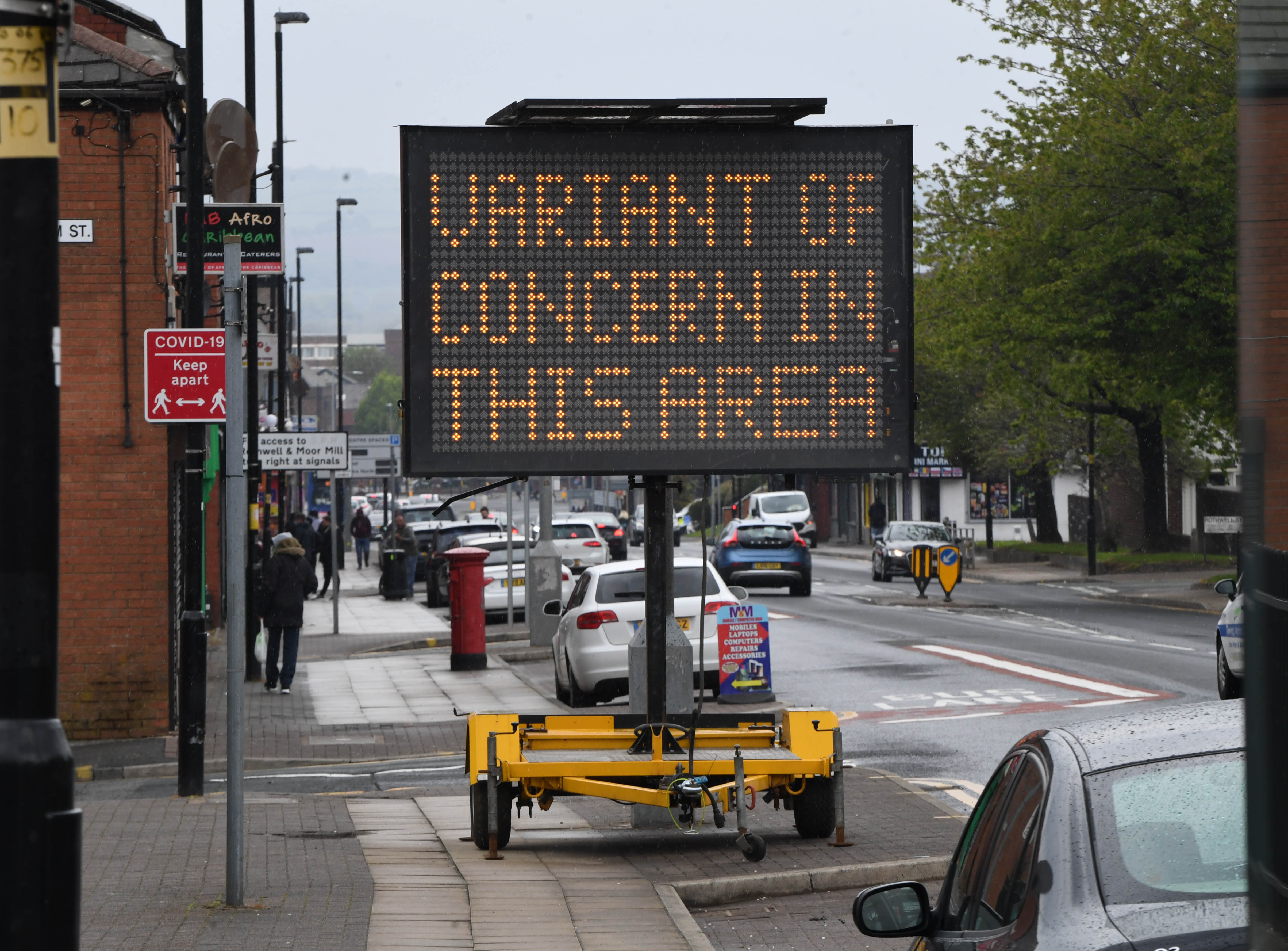 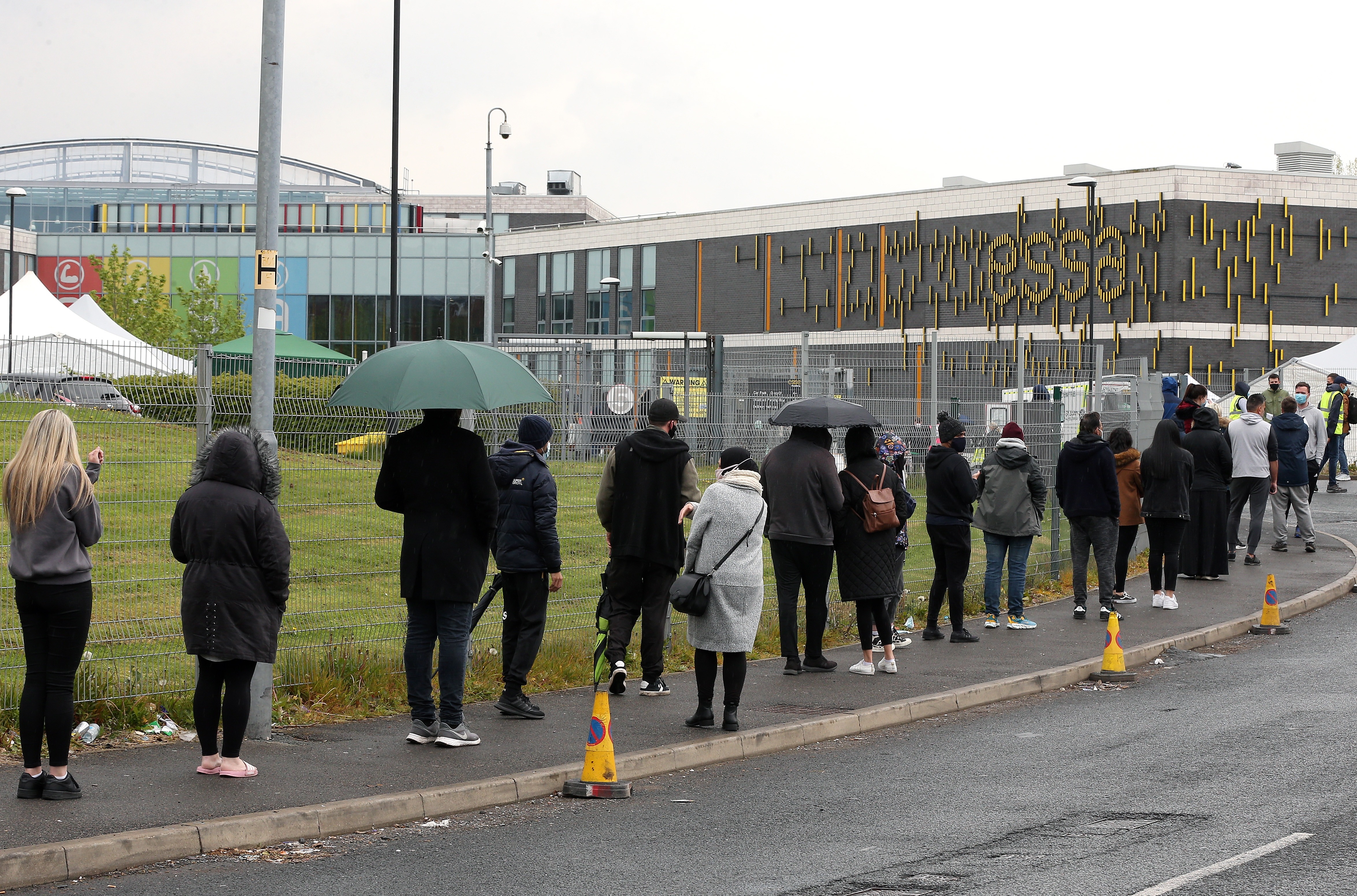 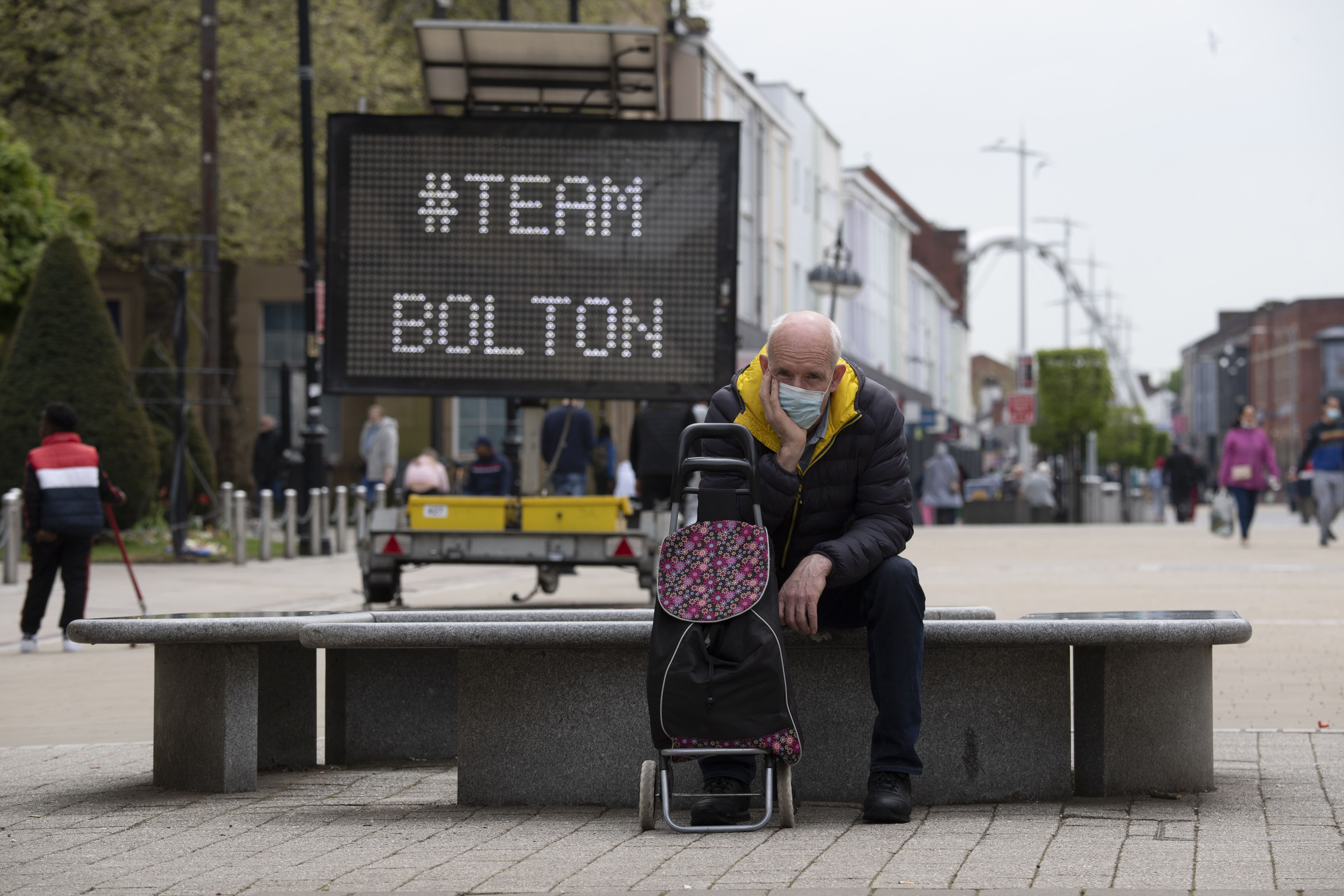 Last week Brits were glued to their television screens as Boris announced that England will move to the next step of his reopening roadmap.

The announcement of the country moving another step closer to normality. lifted the spirit of the nation.

But in Bolton, the mood is much darker.

The army has been deployed to the streets – and worries that the town may be plunged back into the toughest of restrictions are growing.

Bolton currently has the highest rate of coronavirus infections in the country, with 657 new cases in the seven days to May 10 – the equivalent of 228.5 cases per 100,000 people.

The majority of these new cases are the B16172 variant, which was first identified in India.

Now the town is fighting a spike in infections almost ten times higher than the UK average, sparking fears of perpetual restrictions among residents. 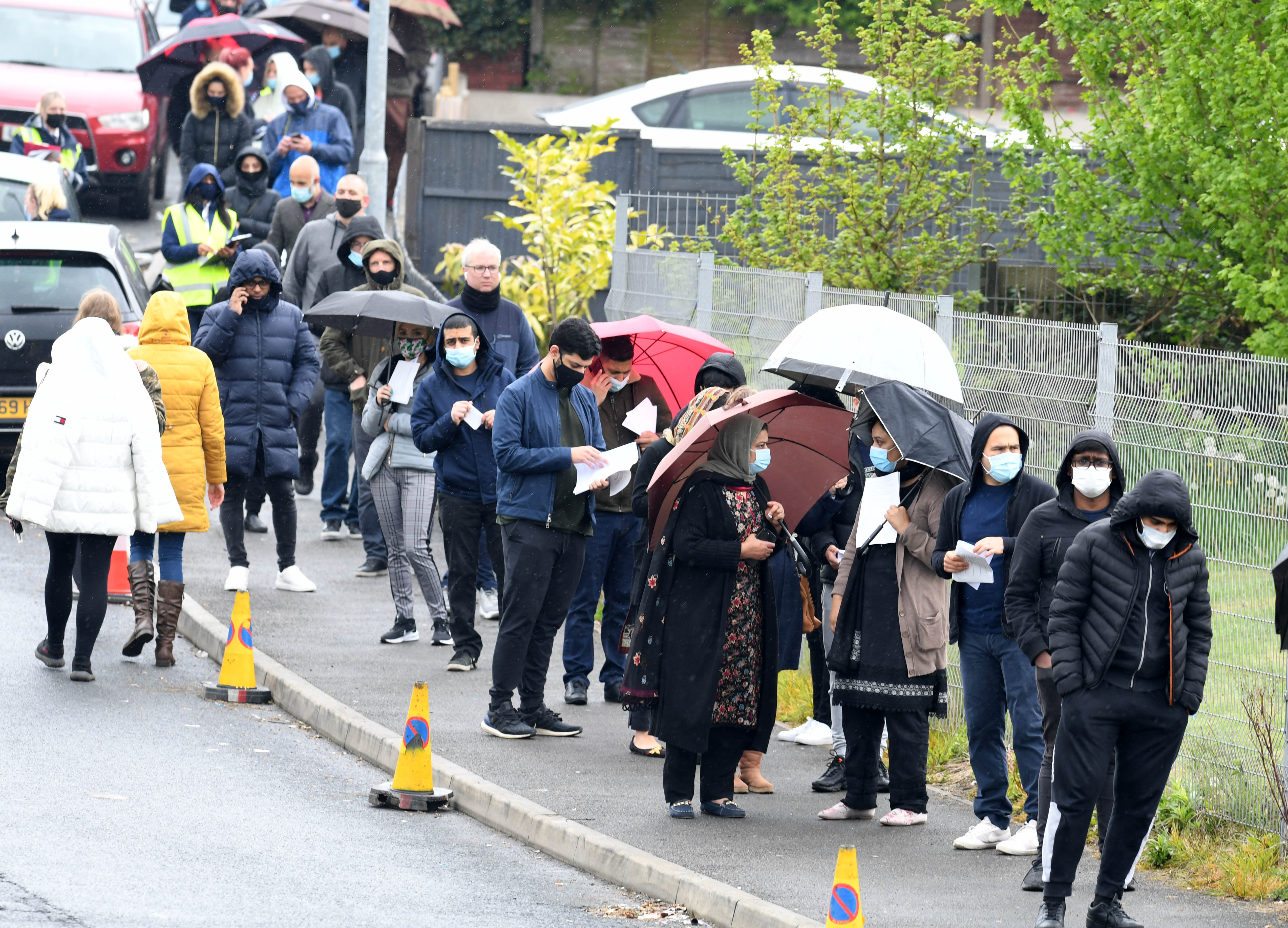 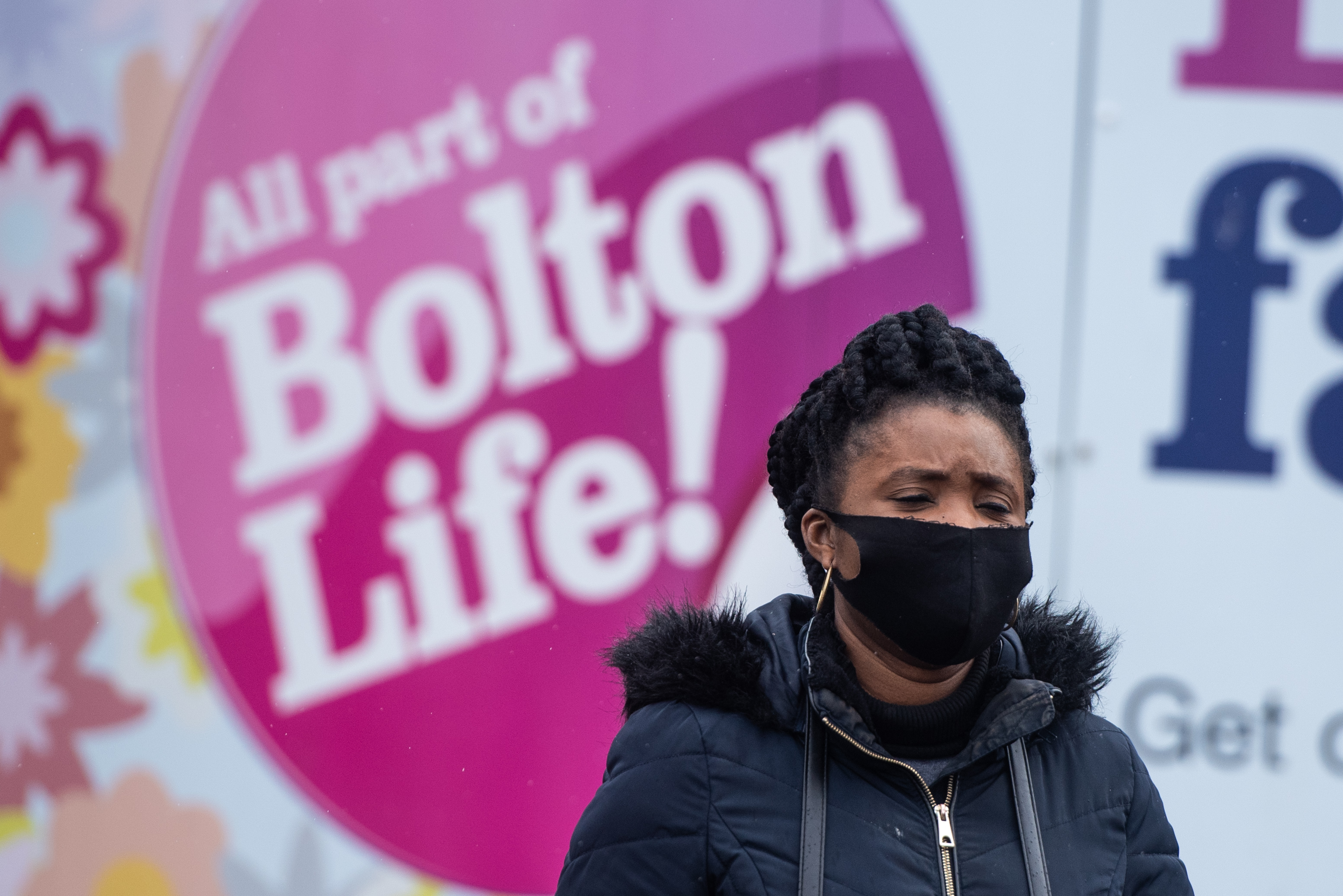 Yet hospitalisations in the over-60s, who are most at-risk from serious infection, remain low, with data suggesting the AstraZeneca and Pfizer vaccines are effective against the variant.

Queues of thousands of people were seen waiting today for testing and vaccinations as the locals scramble to do all they can to keep their town out of another local lockdown.

Simon Olive, 51, a bank worker told The Sun: “There’s talk of another local lockdown and a lot of people are really fed up with it.

“We just want to crack on with life. My dad is quite old now and he just wants to enjoy what time he’s got left.

“Bolton is already turning into a ghost town and these lockdowns are just making things worse. The pubs aren’t the best here but there’ll be hardly any left soon.

“You can’t even blame the pubs because the inside isn’t even open yet and the new variant is still spreading so what would be the point of keeping them closed.” 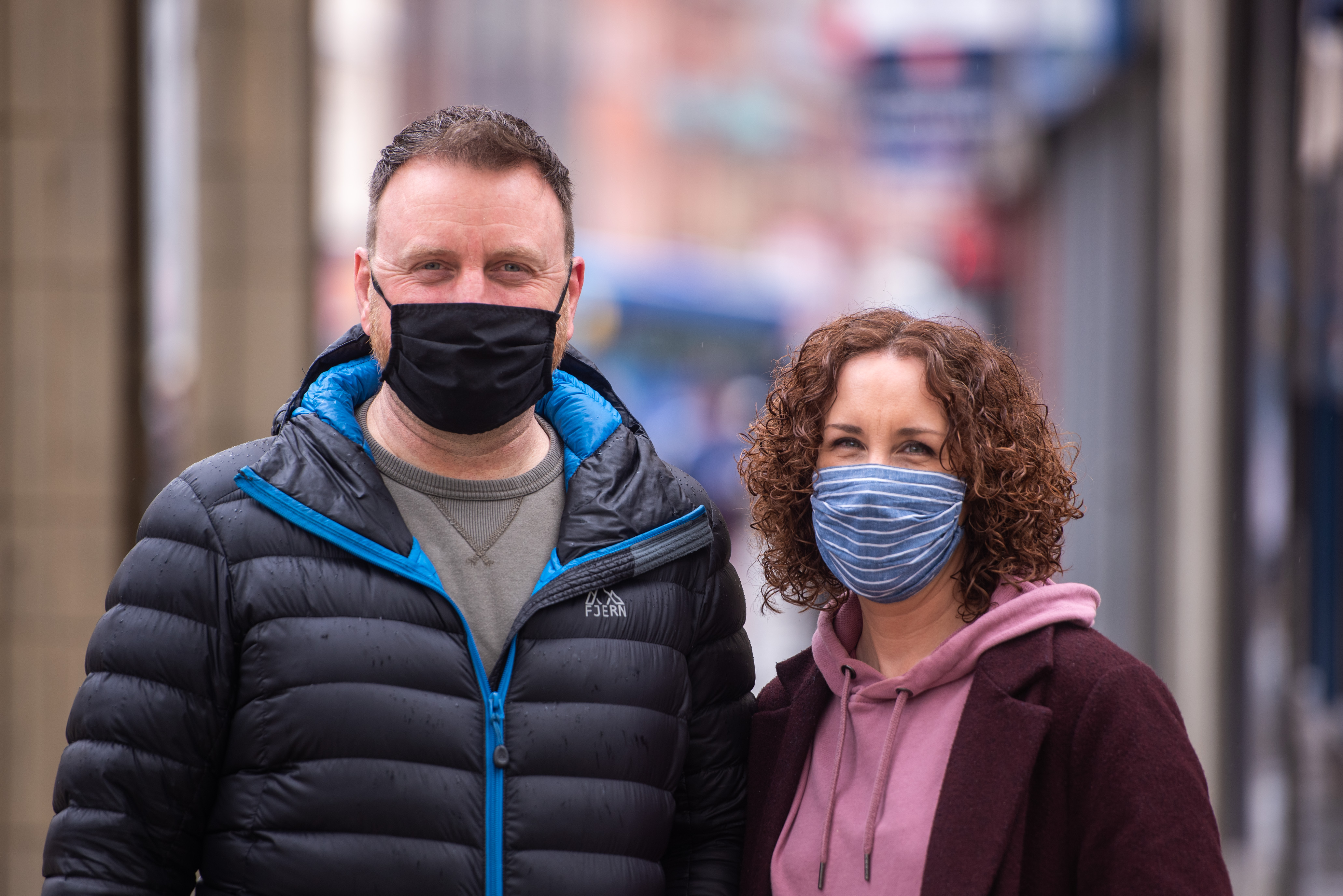 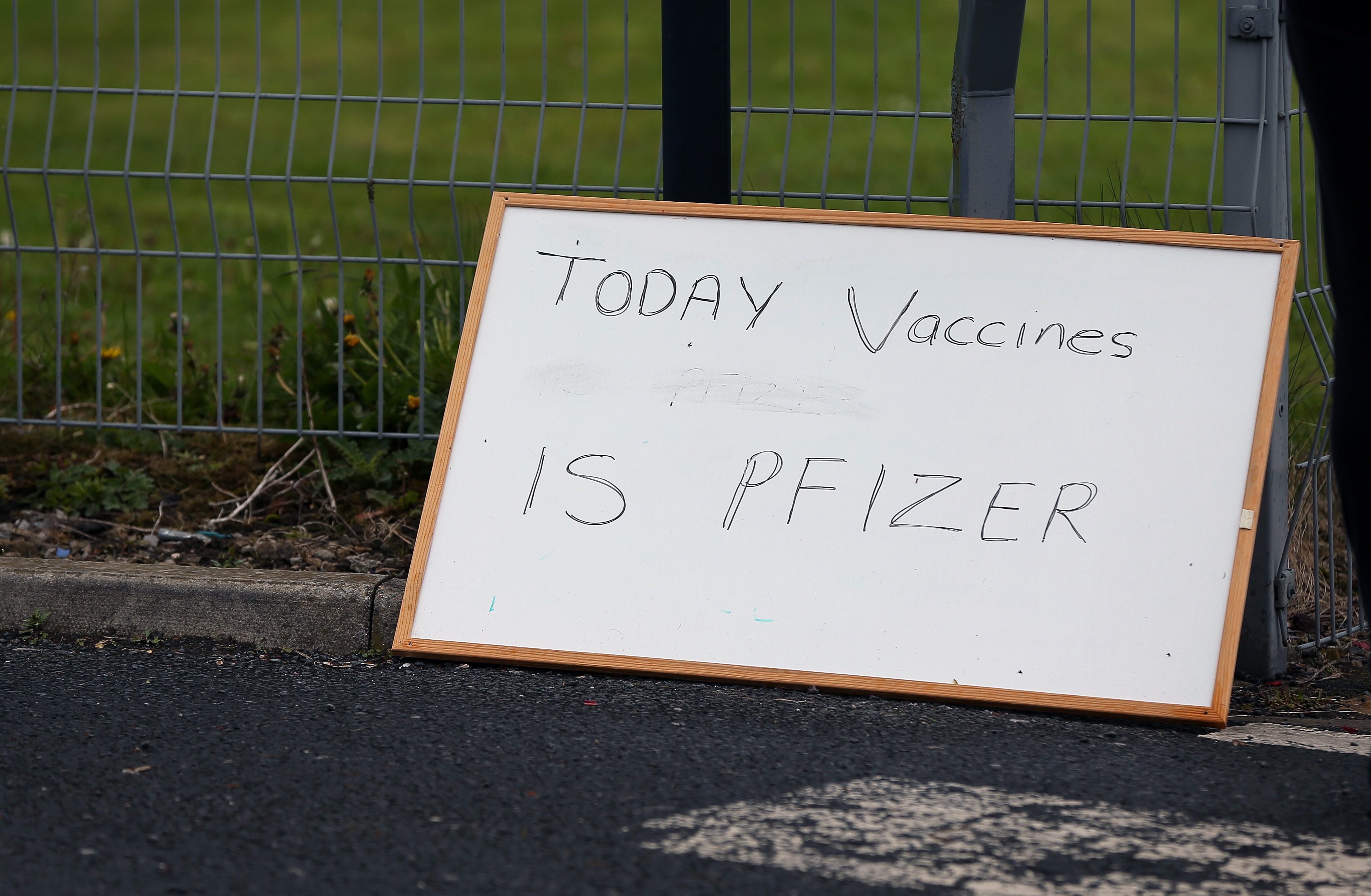 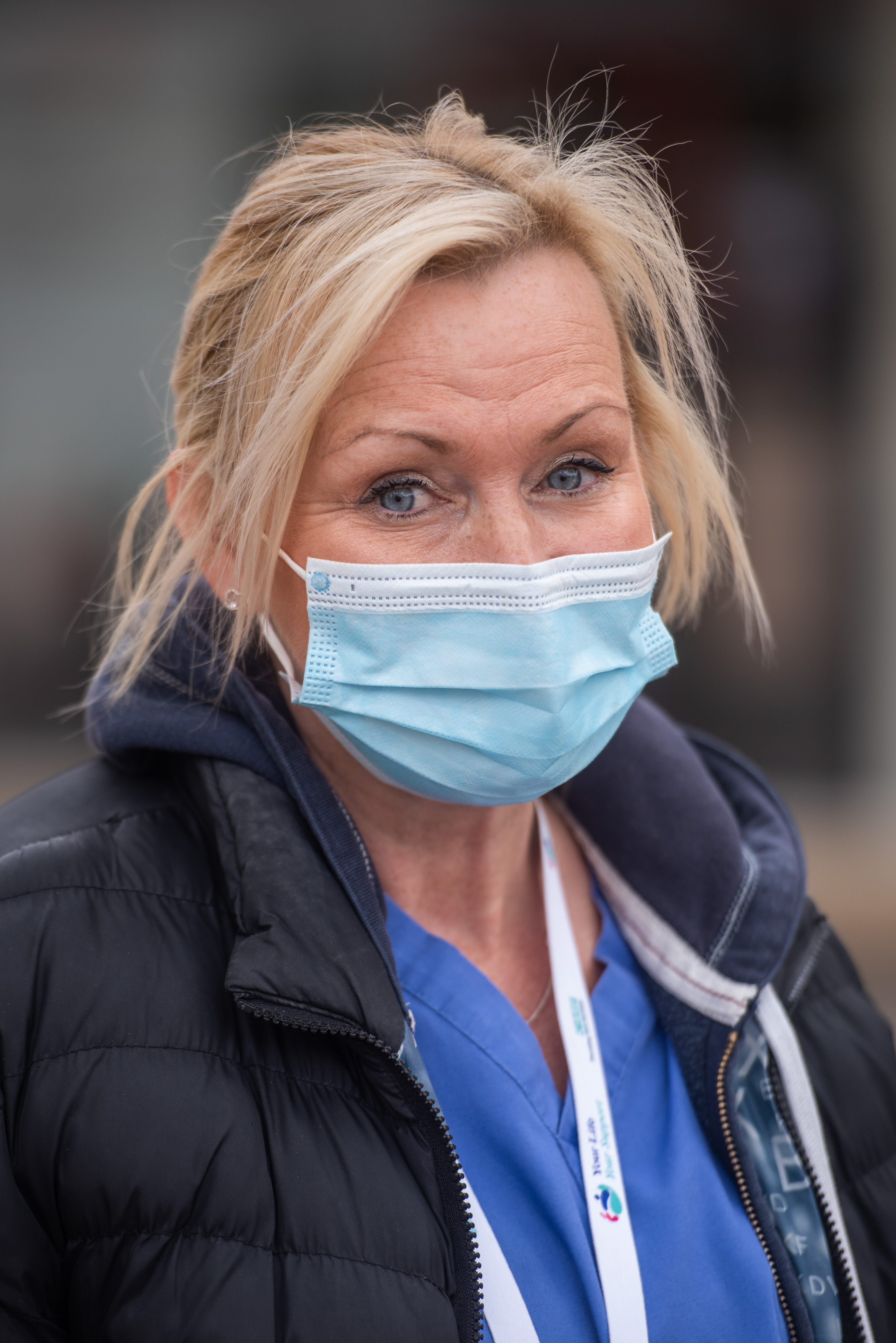 The whispers throughout the town of another lockdown are terrifying businesses that have already struggled through the last year of restrictions.

And some locals feel that young people are paying the price for protecting their elders.

Colin McGlade, 48, engineer said: “Some people are living in total fear but I’ve worked through lockdown and you just have to adapt and get on with it.

“My main worry is societal impact – all the shops and places like that are going and they’ll never come back.

“I think it’s a bit selfish of the older generation to expect all of society to shut down completely to protect them because it’s the younger generation that are suffering from the societal impact.

“We should protect the older generations and isolate them but let things open up and get back to normal for everyone else.

“Pubs and restaurants aren’t even open at the minute to be contributing to the spread of the new variant so to keep them closed would be pointless.” 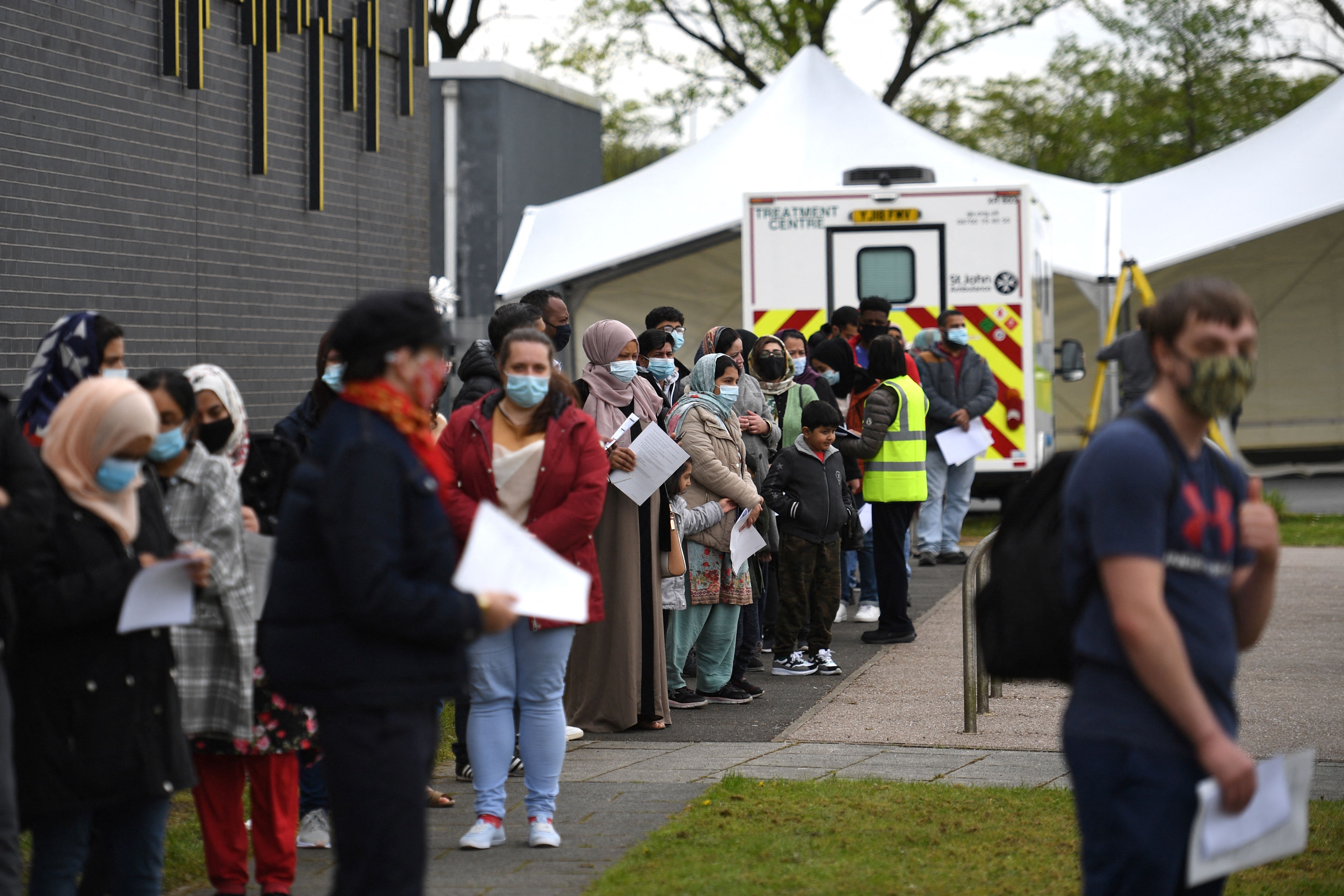 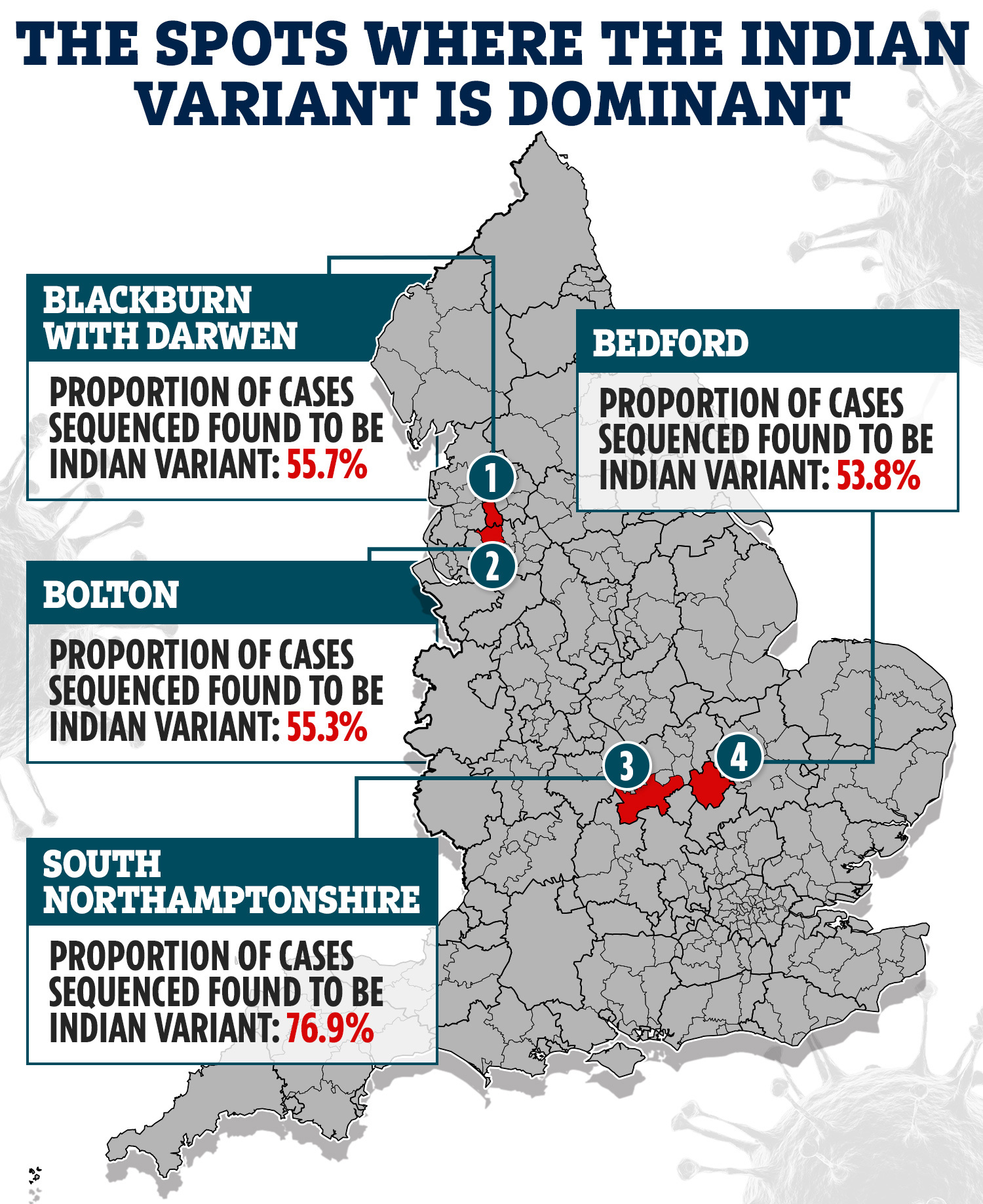 “They need to look at travel – they never really stopped it to and from these places with the new variant when they should’ve just shut the borders.”

Other residents feel the town’s reputation may feel the long lasting effects of being associated with a major covid-outbreak.

Yvonne Howe, 50, a support worker said: “It’s difficult because half of the residents want another local lockdown and the other half don’t – it’s just one of them things.

“I was watching Boris on the tv last night and all he kept saying was Bolton – it’s definitely not the reason we want to put Bolton on the map for.

“You just have to keep safe, follow the rules and try to stay positive.”

Today the town's eagerness to stop the variant in its track was felt as saw thousands of people flocked to its vaccine bus'.

The area's entire population was invited to receive the vaccine before 5pm today.

Councillor Andy Morgan shared a Tweet inviting locals of all ages to “visit the vaccine bus” if they live in the area and are registered with a local GP.

He told residents that if they make their way down “the team will find a reason to vaccinate you.”

Public health officials in Bolton had last week asked the government to roll out surge testing and one expert yesterday said that it had been speaking to the government about rolling out jabs faster.

The leader of Bolton Council David Greenhalgh told BBC Radio 4's The World at One: "This is an issue of capacity but we have had very, very constructive talks and certainly all the soundings are is that they are looking to progress that as soon as possible.

"The vast majority of our cases are in their teens, 20s and 30s at the moment.

"If we can get vaccinations to (those aged) 16-plus, which are licensed by Pfizer, then it will make a total transformation of transmission as it moves forward.

"I think realistically that would start in targeted areas where we see the predominance (of the virus) currently."