A bridesmaid suffered a brutal attack by her jealous boyfriend who accused her of flirting with other men at a wedding reception.

Jessica Gittings, 25, had returned to her mother’s home in Wales when her jealous boyfriend Aaron Williams, 26, turned on her.

A court heard how Jessica was still wearing her maid-of-honour dress when the brute accused her of cheating on him. He then subjected her to a 90 minute assault, throwing a bedside lamp at her and stamping on her face. 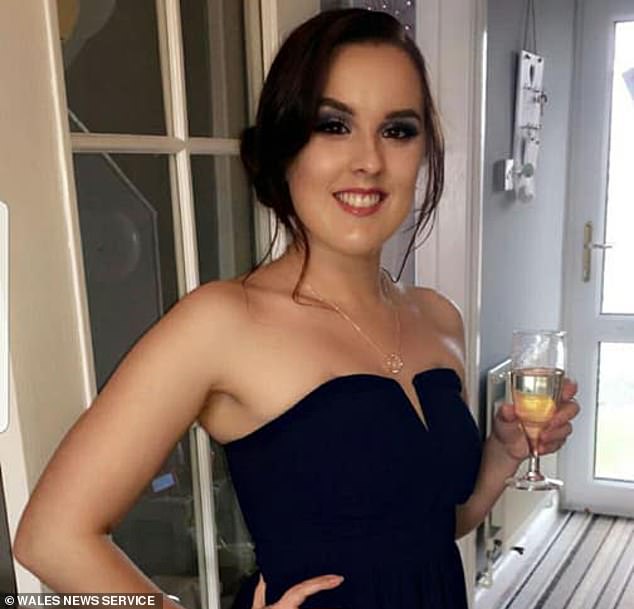 Jessica Gittings, pictured on the day of her sister’s wedding, was brutally attacked by her drunken boyfriend who had accused her of flirting with another man 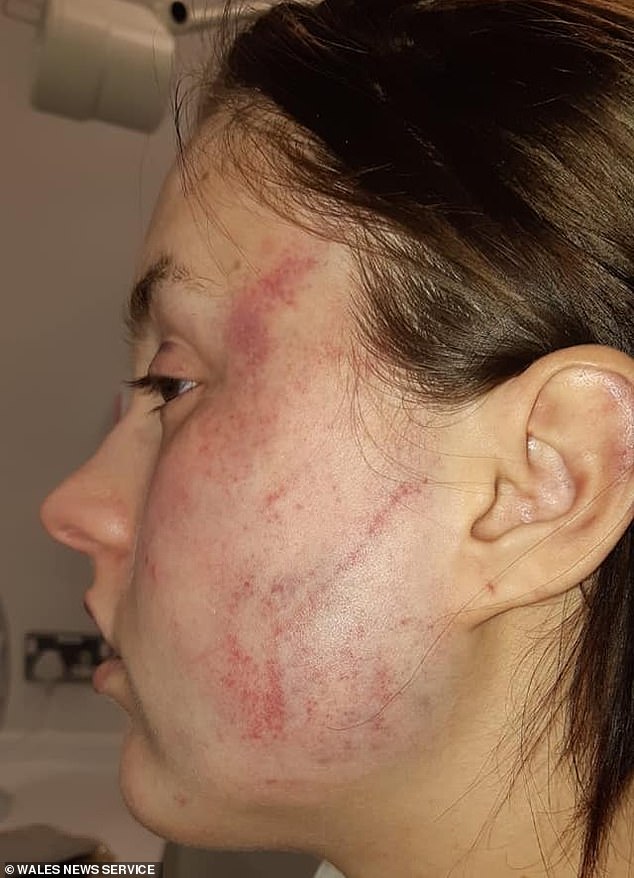 During a 90 minute attack, Aaron Williams stamped on Jessica Gettings’ face and repeatedly kicked her

Williams then tried to take his victim away in a taxi, so her mother would not see the injuries.

Jessica’s family rushed her to a South Wales hospital after finding her lying on the floor. Aaron Williams had fled the scene

When Jessica’s family returned home to find her on injured, lying on the floor, Williams fled.

Prosecutor David Pinnell said: ‘After they were back at home, his behaviour deteriorated. He was jealous and accused her of flirting with another male whilst at the wedding.

‘This was a sustained and repeated assault on the victim who was heavily intoxicated and alone.’

Cardiff Crown Court heard Williams threw a bedside lamp at Jessica, before throwing her to the floor – then kicking her in the hips and stamping on her face.

Afterwards, Williams told her: ‘I love you. I’m sorry, I didn’t mean it.’

The court heard Jessica was taken to A&E at Prince Charles Hospital in Merthyr Tydfil, South Wales, where she was treated for an injury to her jaw and bruising.

During his police interview, Williams claimed he had acted in self-defence after she ‘wanted to scratch me’.

Mr Pinnell said: ‘The victim has asked for a restraining order as she wants a line drawn under this relationship – she says she wishes it had never got off the ground.

‘She said that before this incident, she was happy, confident and outgoing. She is exactly the opposite now.’

Hashim Salmman, representing Williams, said: ‘The defendant pleaded guilty on the day of his trial which spared the victim the further ordeal of having to give further live evidence.

‘He has no previous convictions or propensity for violence. There is a realistic prospect of his rehabilitation.’ 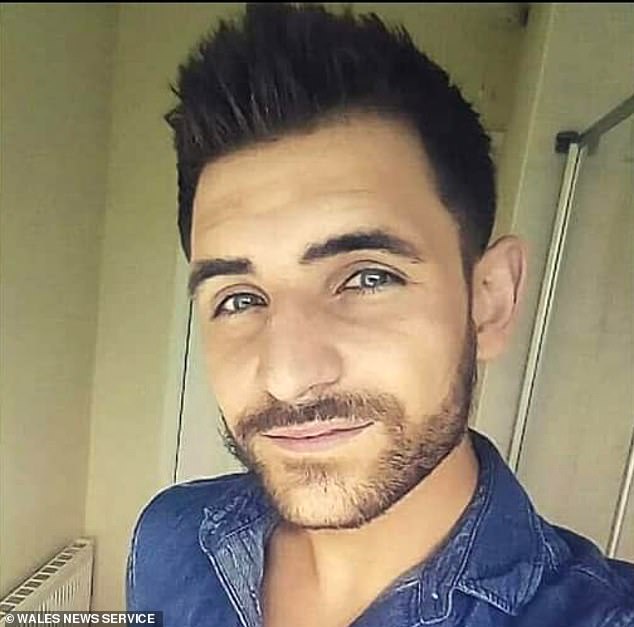 Aaron Williams, 26, was given a 21 month prison sentence, but it was suspended for two years. He must also follow an indefinite restraining order handed to him by Judge Catherine Richards

She added: ‘After your actions, you even had the audacity to say that you loved her as you tried to take her away in a taxi.’

Williams, of Ystrad Mynach, Caerphilly, was jailed for 21 months, suspended for two years, and was ordered to complete a 10-day rehabilitation activity requirement and 35 sessions of a building better relationships programme.

The defendant was also made the subject of an indefinite restraining order and must pay a £140 victim surcharge.

Speaking after the sentence, Jessica said: ‘For three years I suffered with a narcissistic psychotic thing of a person who took complete control over my life to the point where I’ve wanted to take my own life.’ 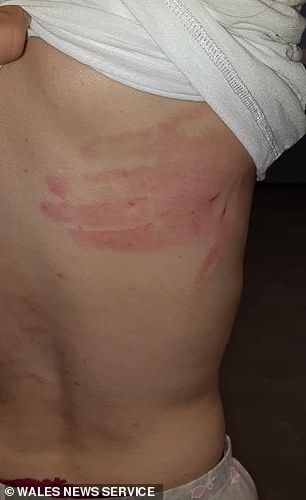 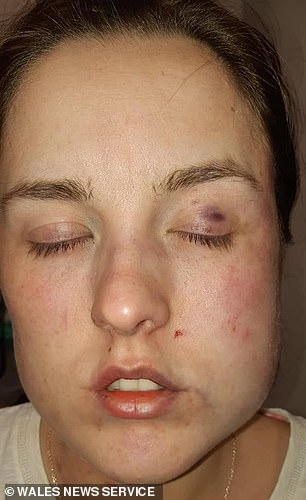 Jessica Gittings was stamped, repeatedly kicked and suffered cuts and bruising during a 90-minute assault at the hands of Aaron Williams

‘He beat me to a pulp for over a hour and half, stamped on my head to the point I had shoe prints on my face and a chipped tooth.

‘He kicked me over and over in my hips knowing that was a weak point for me, he was literally frothing at the mouth smashing my bedroom up, picked me up from the floor laughing and spitting at me, threw a lava lamp at my head and smashed up my door taking it off the hinges.

‘I’ve never been so scared at that point, i feared for my life.

‘He had turned before but not as bad to the point where I was genuinely scared how far and how much longer it was going to go on for.’

Related posts:
June 3, 2020 World News Comments Off on Jealous boyfriend attacks bridesmaid on her sister's wedding night
Celebrity News:
Joe Biden’s pre-debate tweet is raising eyebrows
Lawyer breaks down Mary Trump’s lawsuit against her uncle Donald Trump
First Presidential Debate of 2020 – How to Stream & Watch
Inside Ant McPartlin’s £6 million home he shares with new girlfriend Anne-Marie Corbett
Whatever happened to Angie J from My 600-lb Life?
Recent Posts
This website uses cookies to improve your user experience and to provide you with advertisements that are relevant to your interests. By continuing to browse the site you are agreeing to our use of cookies.Ok