Jennifer Garner is not a perfect cook, and that's just fine by her.

The Adam Project star recently spoke to PEOPLE about being carefree in the kitchen, her kids' most requested dishes, and a new partnership with KitchenAid that she announced on Wednesday.

On her belovedPretend Cooking Show, Garner puts her skills on display but she's also not afraid to admit her mistakes — and that's what makes the show so fun to watch. (We must not forget the near-disaster when Garner made Ina Garten's beef bourguignon recipe for the holidays.)

"Sometimes I really do think about 50 percent of what I make works out. It doesn't deter me. Honestly, my kids are pretty patient with me," says the mom to Violet, 16, Seraphina, 13, and Samuel, 10. "I'll bake cookies or I'll bake bread and I'll forget and leave it in too long or I won't pay attention and I'll pull it out too early."

What's important is that she's always trying something new and having fun with it, she says. "To me, baking and cooking for your family is love. They know that I care and that I'm trying my scattered best. I wish I were a type A as some of my characters have been in the past, but that is not my skill set," she says with a laugh.

On the latest episode of Pretend Cooking Show, which is sponsored by KitchenAid for the first installment of their long-term partnership, the actress makes empanadas using a Cook's Illustrated recipe that she's very familiar with.

"It's a regular and it's by request only. It's not like I just remember to make them, but the kids every now and then will say, 'It's time for empanadas,' " she says. "I mean, you kind of can't go wrong."

Garner shows her followers how to make the pastry dough and two types of fillings, both chicken and beef. Once the empanadas are ready to go into the oven, Garner even gives her "superstars" affectionate names like Ina Garten, Simone Biles, and Ruth Bader Ginsburg. 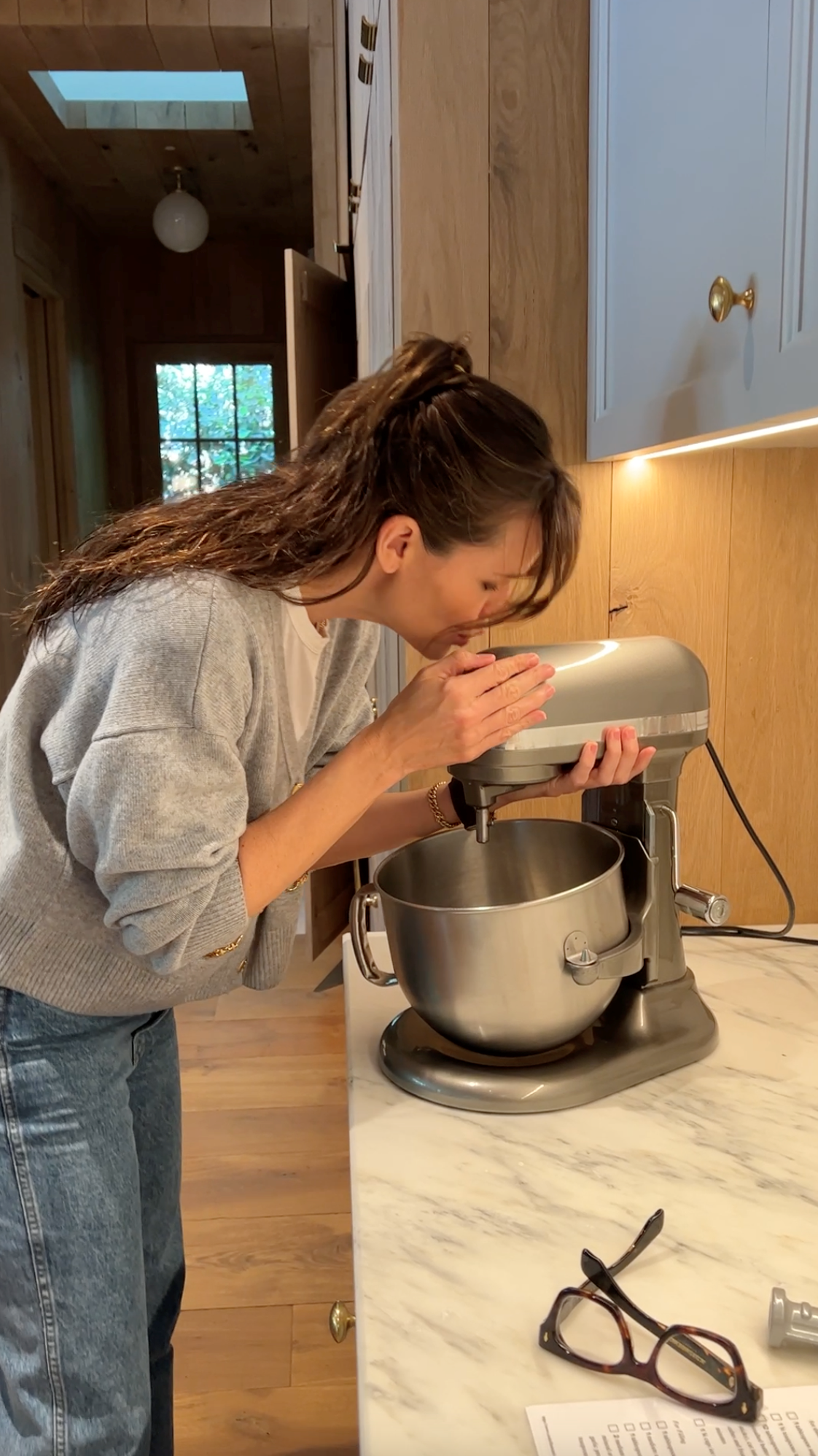 RELATED: Jennifer Garner Buys Coffee for Customers Behind Her at Starbucks: 'Pass It On'

The end result was a hit. "I meant to freeze a bunch of them, but my kids are getting bigger. They were gone," she tells PEOPLE.

Fans of Pretend Cooking Show know that Garner's KitchenAid stand mixer is basically her co-star in the clips, so the partnership was a natural fit.

"I've been a KitchenAid person my whole life. When I was little, I dreamed of my mom having a stand mixer, but that was fancy," Garner recalls. "When I was a kid, my friend's mom had a green one that I just coveted. But we had a hand mixer that we used for absolutely everything and it was a KitchenAid. So, when I grew up and when I first moved to L.A., one of the first purchases I made off of some job, I don't remember what it was, was my first stand mixer."