JOE Biden is hoping to knock out Sen. Bernie Sanders today in the nation’s mini Super Tuesday as five states, including Michigan, head to the polls to cast their votes.

Biden, 77, and Sanders, 78, are going head-to-head today at a critical point in the Democratic race. 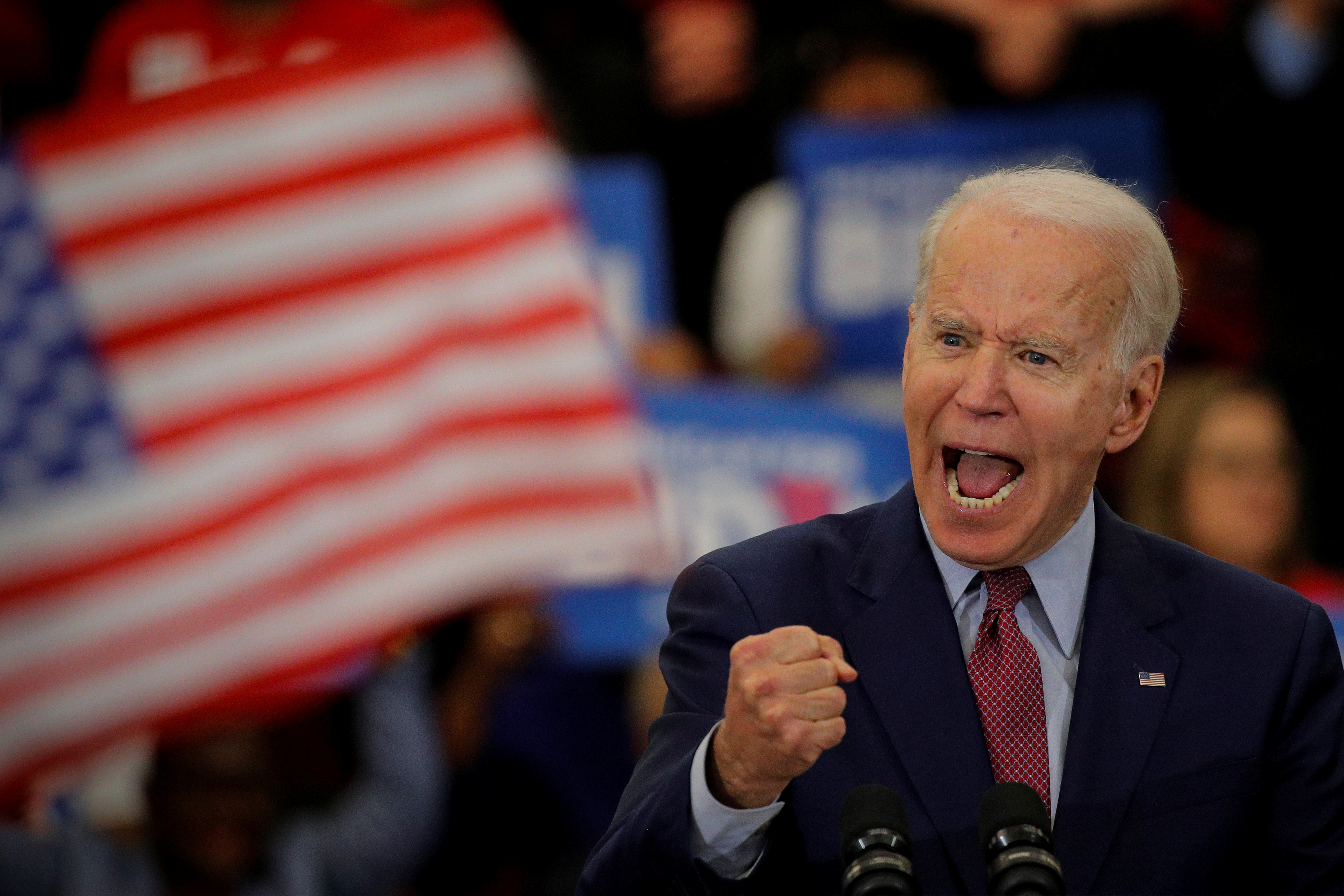 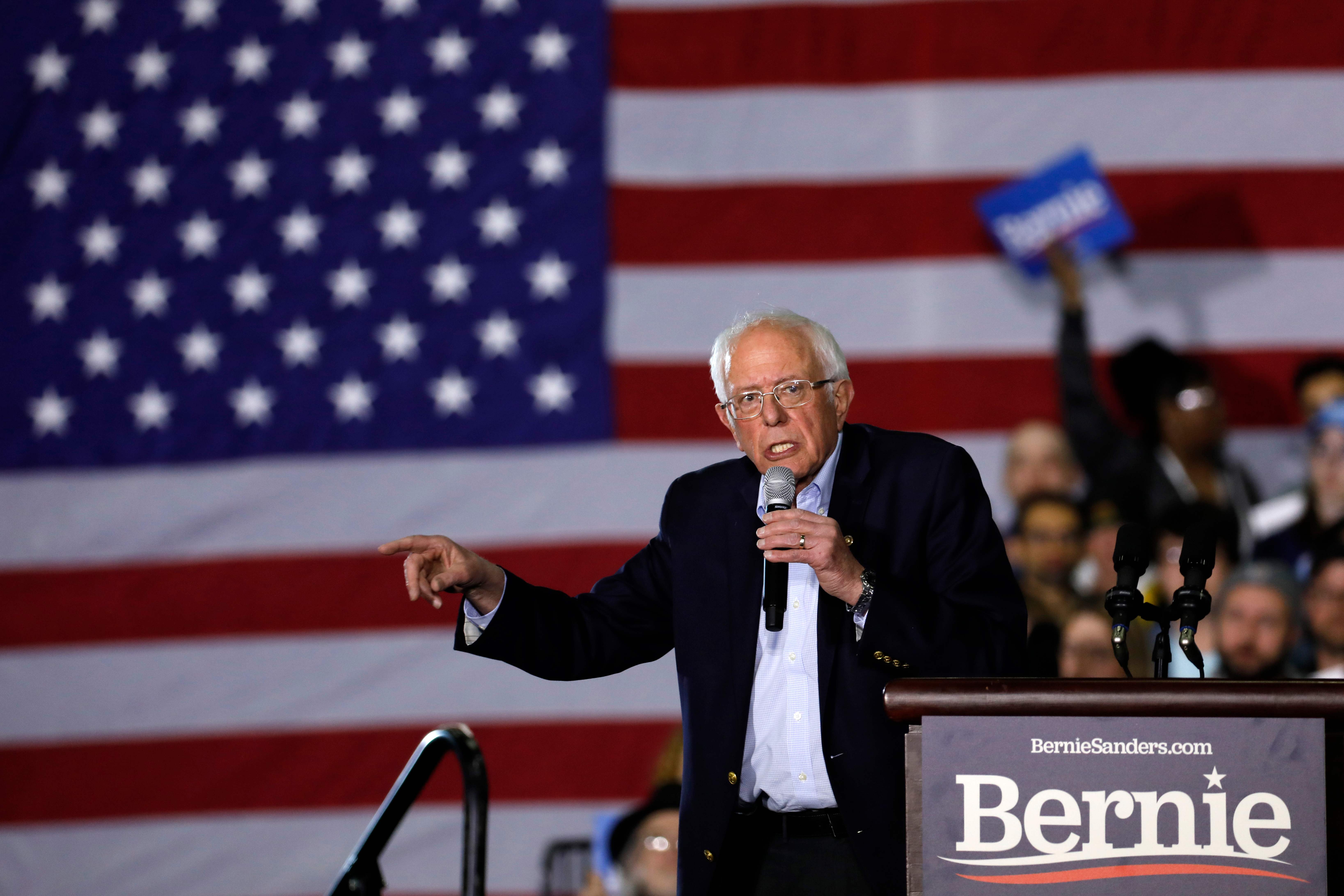 Six states are set to vote today across the U.S. in Michigan, Idaho, Washington state, North Dakota, Mississippi and Missouri.

In the 2016 Democratic primary, Sanders knocked out rival Hillary Clinton in four of those six states, including Michigan — which Donald Trump narrowly won four years ago.

Biden is looking to crush Sanders’ hopes and cement his own front-runner status after his delegate victory on Super Tuesday, or March 3, when 14 states voted.

As he campaigned across Michigan on Monday, he played up his underdog story, reflecting on his stutter as a child and the deaths of his first wife and young daughter.

He also appeared alongside his new supporters on-stage in Detroit: Sens. Cory Booker and Kamala Harris, his former presidential rivals.

Sanders, for his part, is trying to turn things around in Michigan before the primary voting calendar quickly shifts to other states that could favor Biden over him. 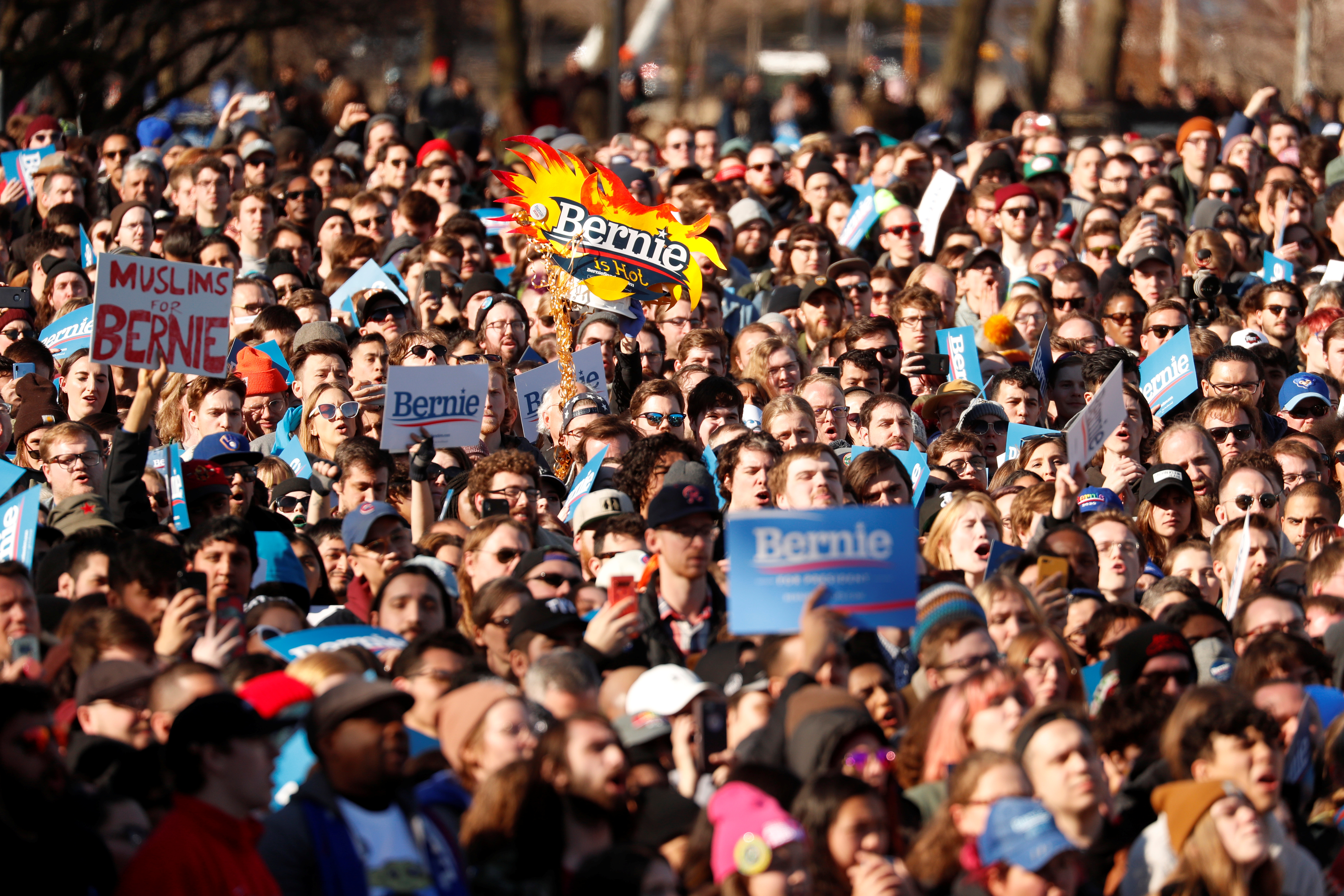 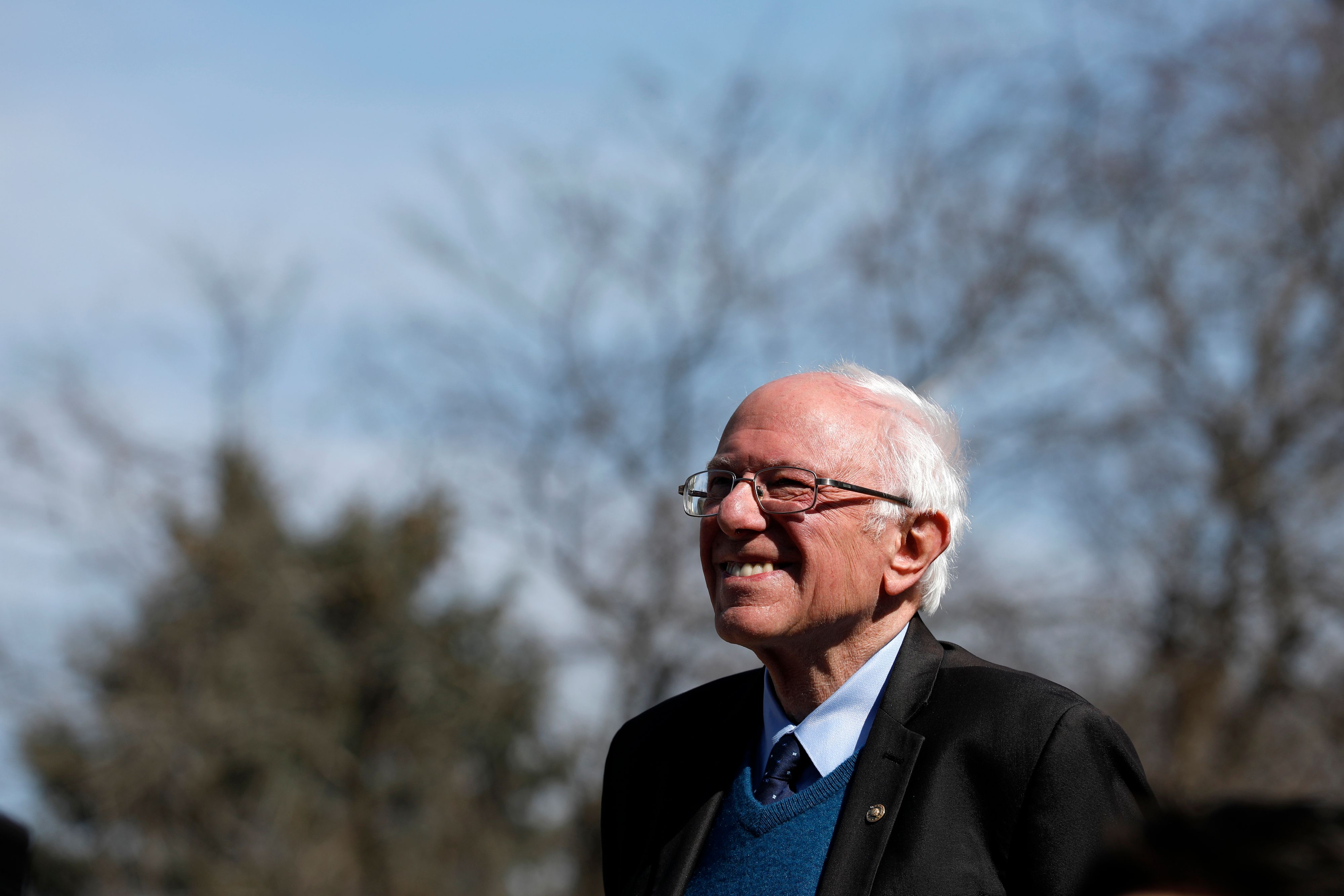 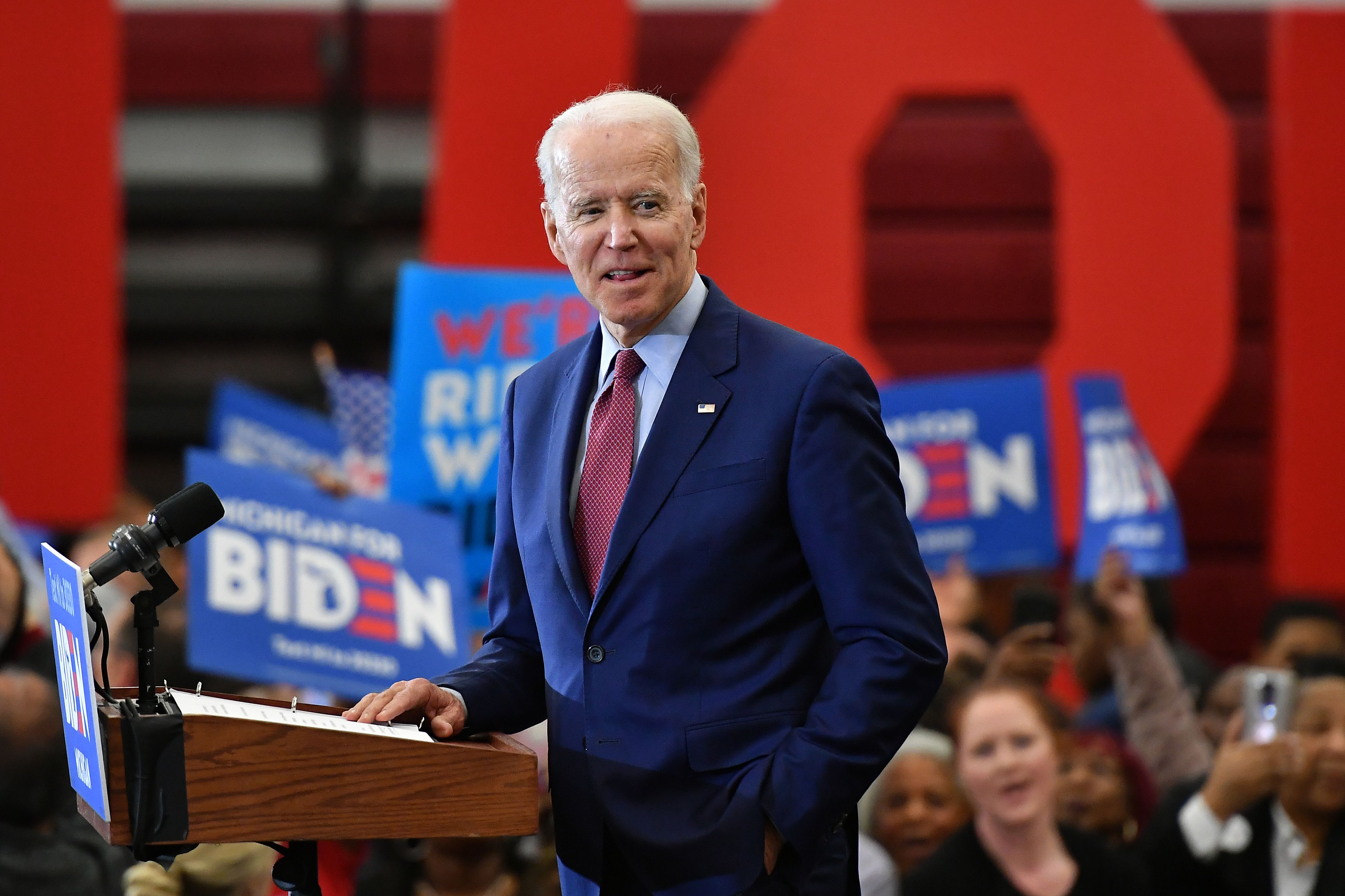 He has devoted several days of campaigning to Michigan and on Monday, spoke to supporters in Missouri.

The senator downplayed questions about electability and insisted his supporters’ “energy and excitement” makes him the strongest Democrat to beat Trump in November.

And, per a CNN poll also released yesterday, Biden has a double-digit lead over Sanders and is the top choice for Democrats across the nation. 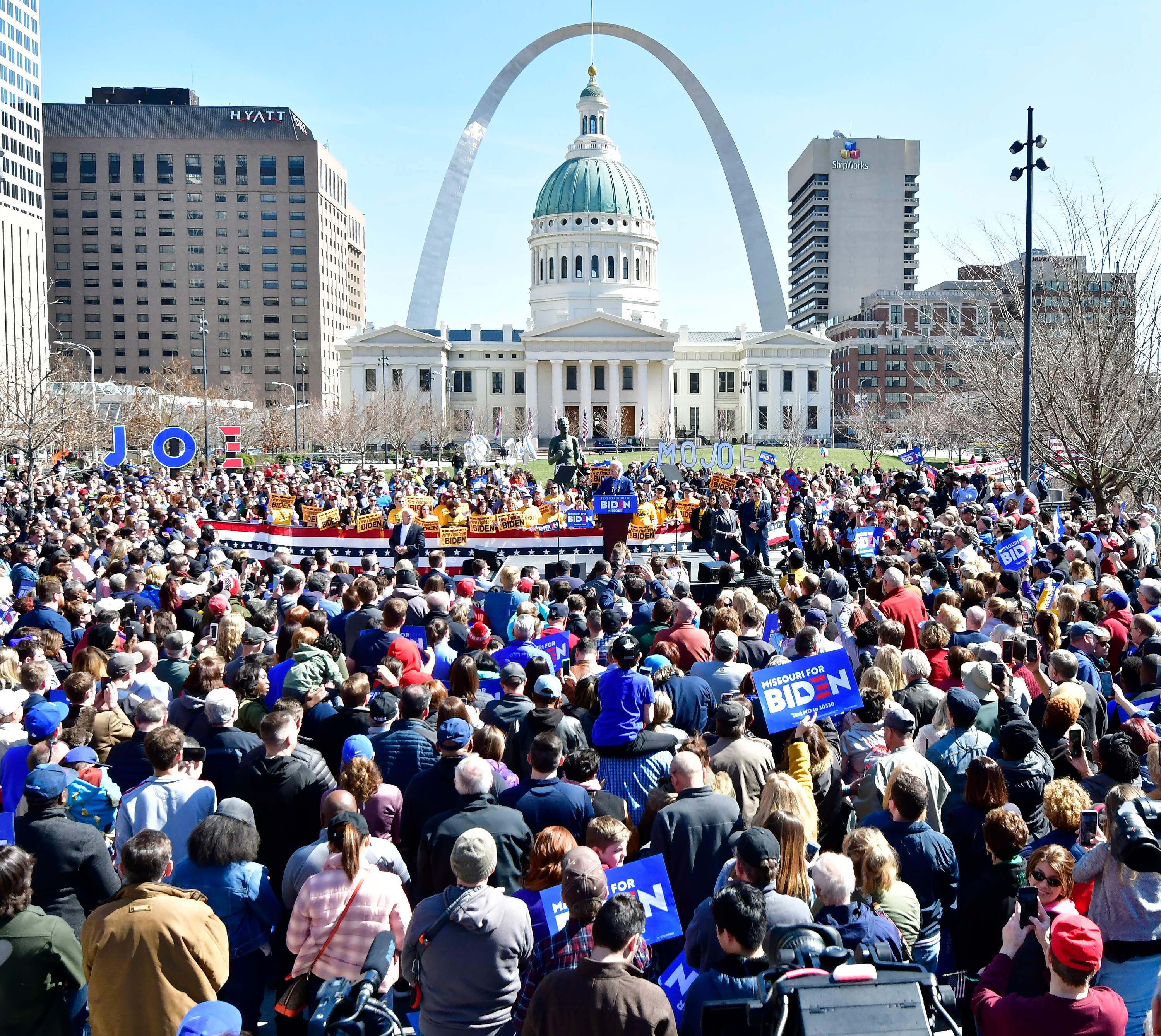 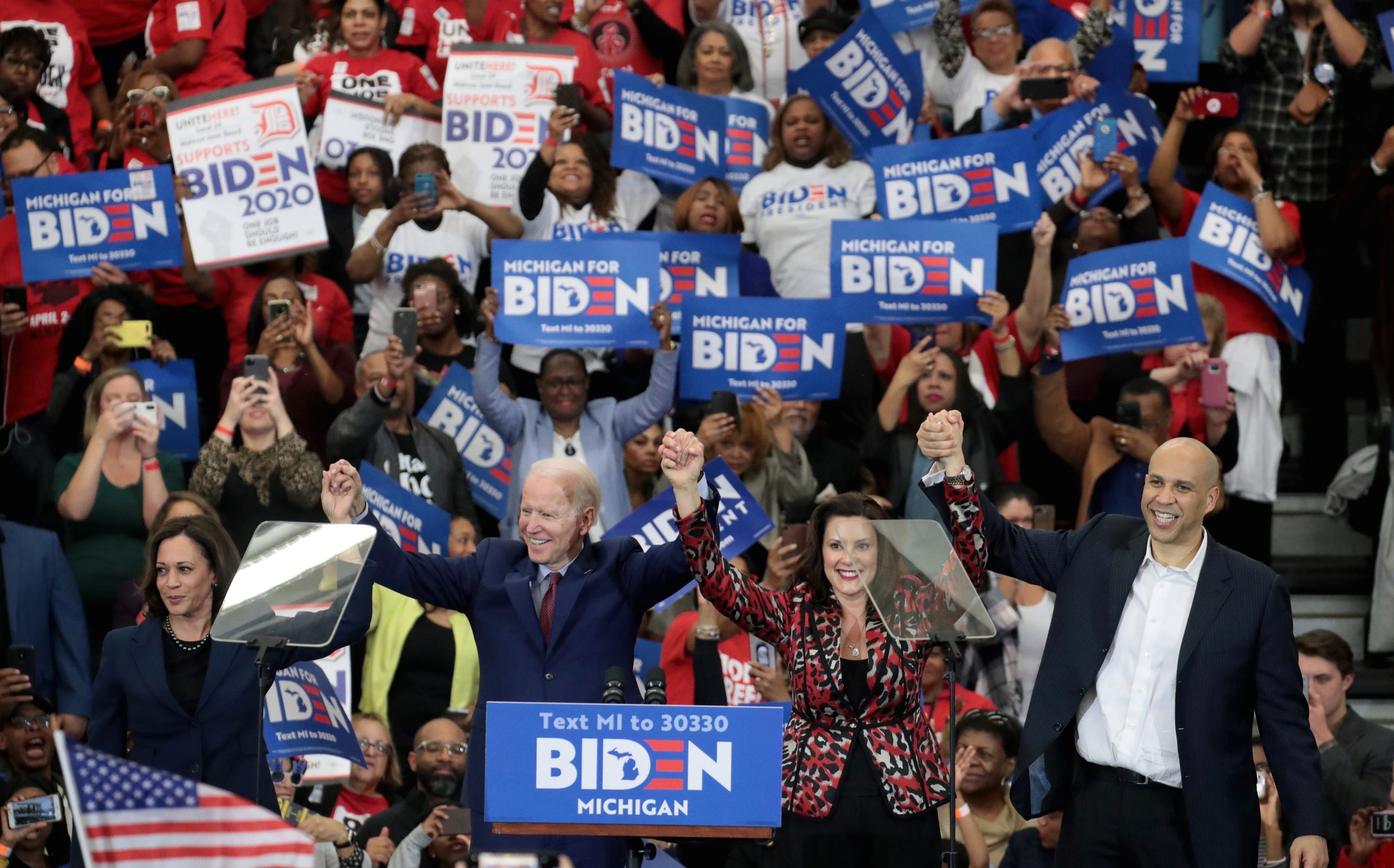 In total, 1,991 delegates are needed for the nomination.

Michigan is the biggest prize of today’s “mini Super Tuesday,” with 125 delegates up for grabs, while Washington has 89 pledged delegates at stake.

Both states are critical for Sanders. His Michigan primary win in the 2016 election gave him the momentum to continue the race until the end of the nomination voting calendar.

Ahead of last week’s massive primary votes, Biden had struggled in the early states of Iowa, New Hampshire and Nevada — where Sanders had emerged as the front-runner.

But in South Carolina, he decisively won, and was boosted by African American voters. On Super Tuesday, too, Biden had a strong show of support from black voters. 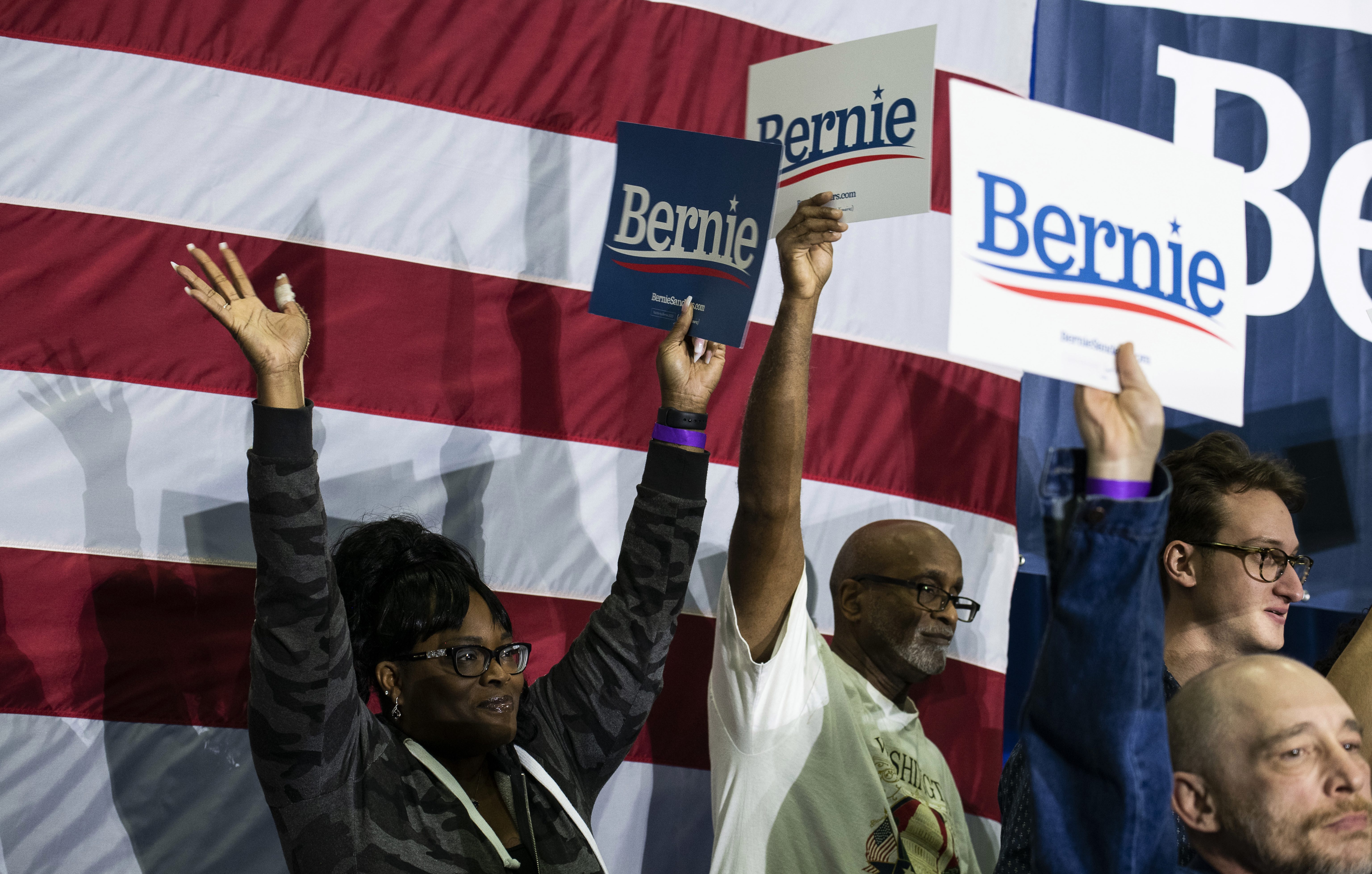 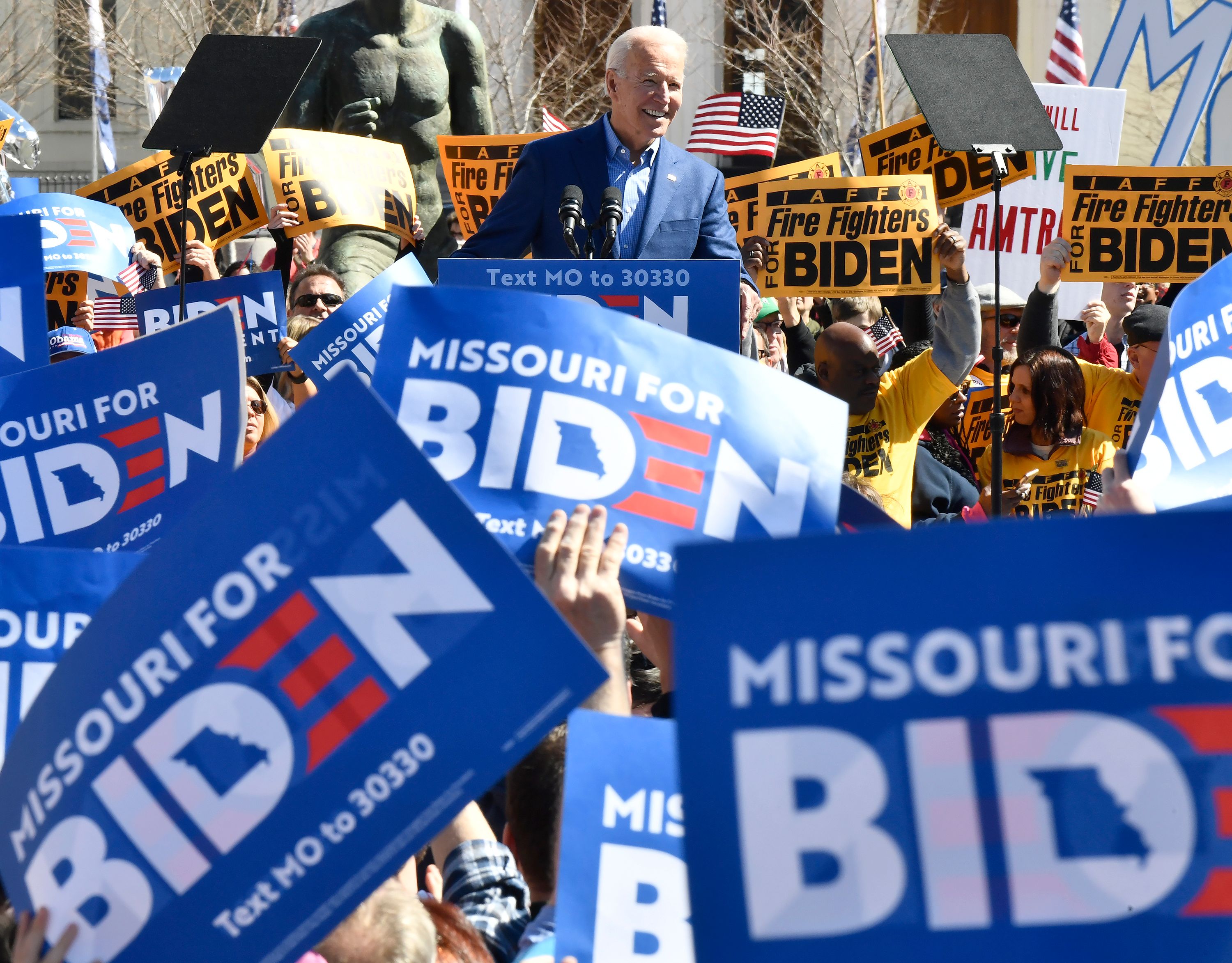 In Mississippi on Sunday at a predominantly black church, Biden was described as “the comeback kid” by Rep. Bennie Thompson.

Sanders has been endorsed by civil rights icon Rev. Jesse Jackson, and the two appeared before thousands of cheering supporters.

The senator said Jackson “has broken down more barriers than others can even dream of” while blazing a path against racism that helped propel Obama to the White House. 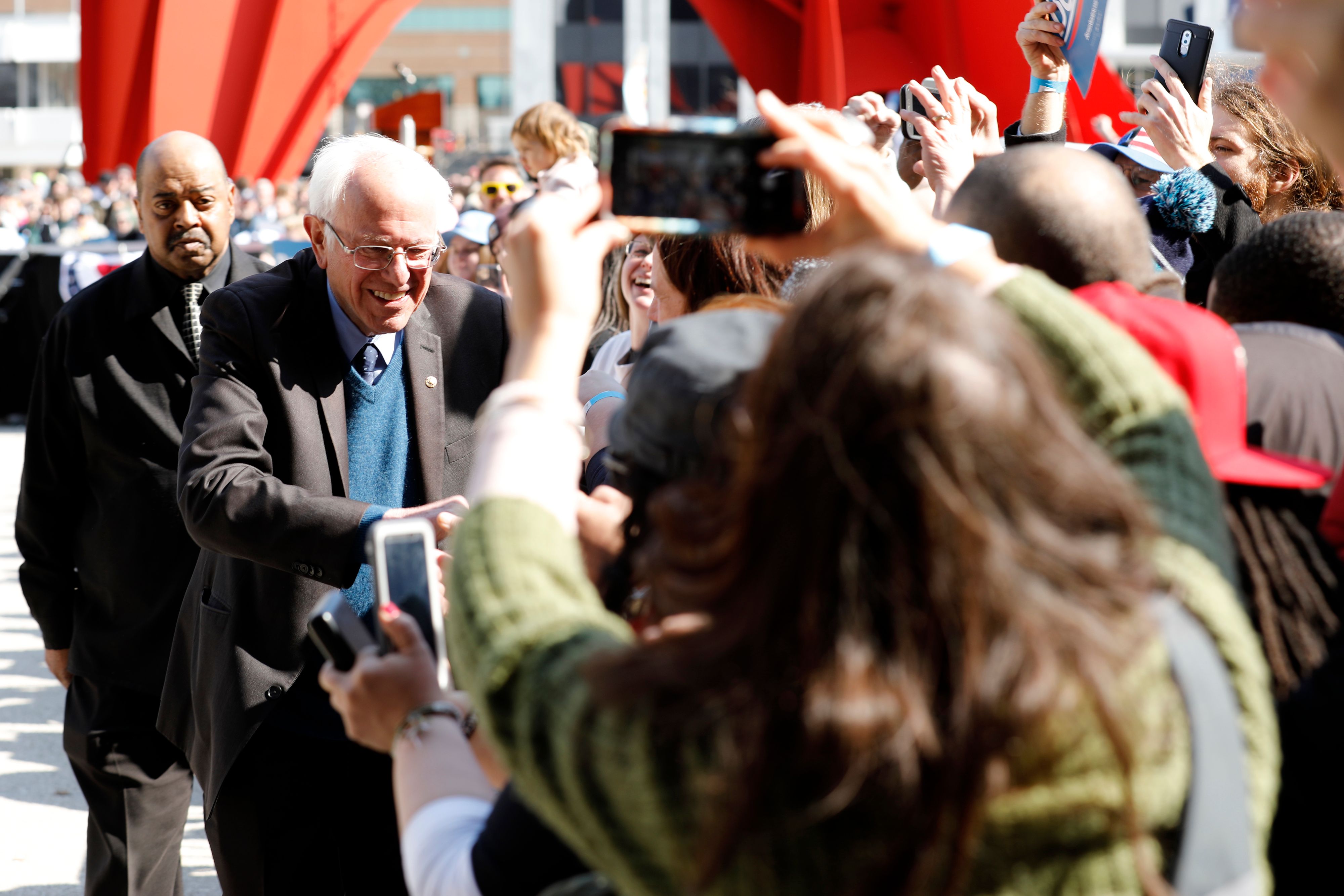 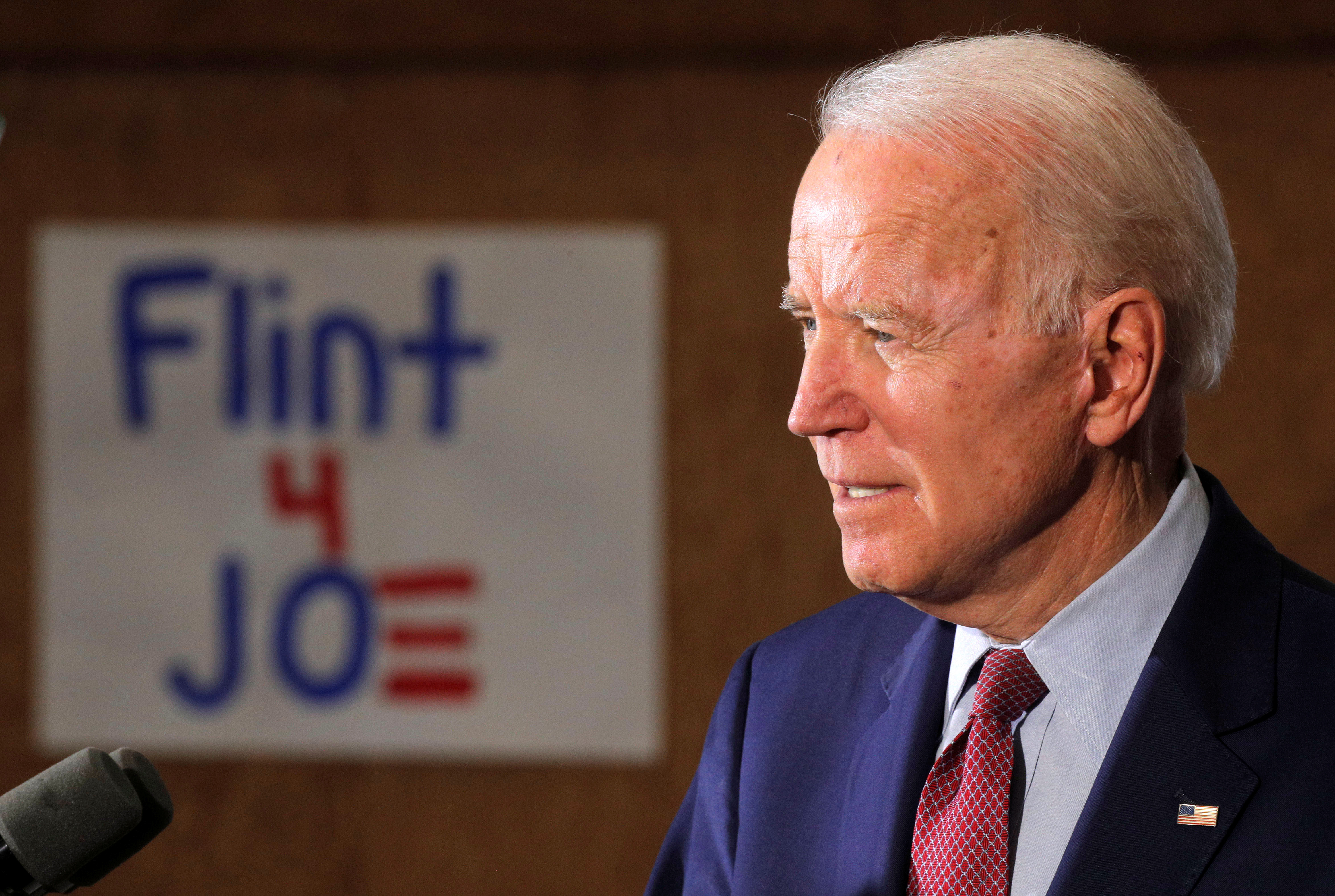 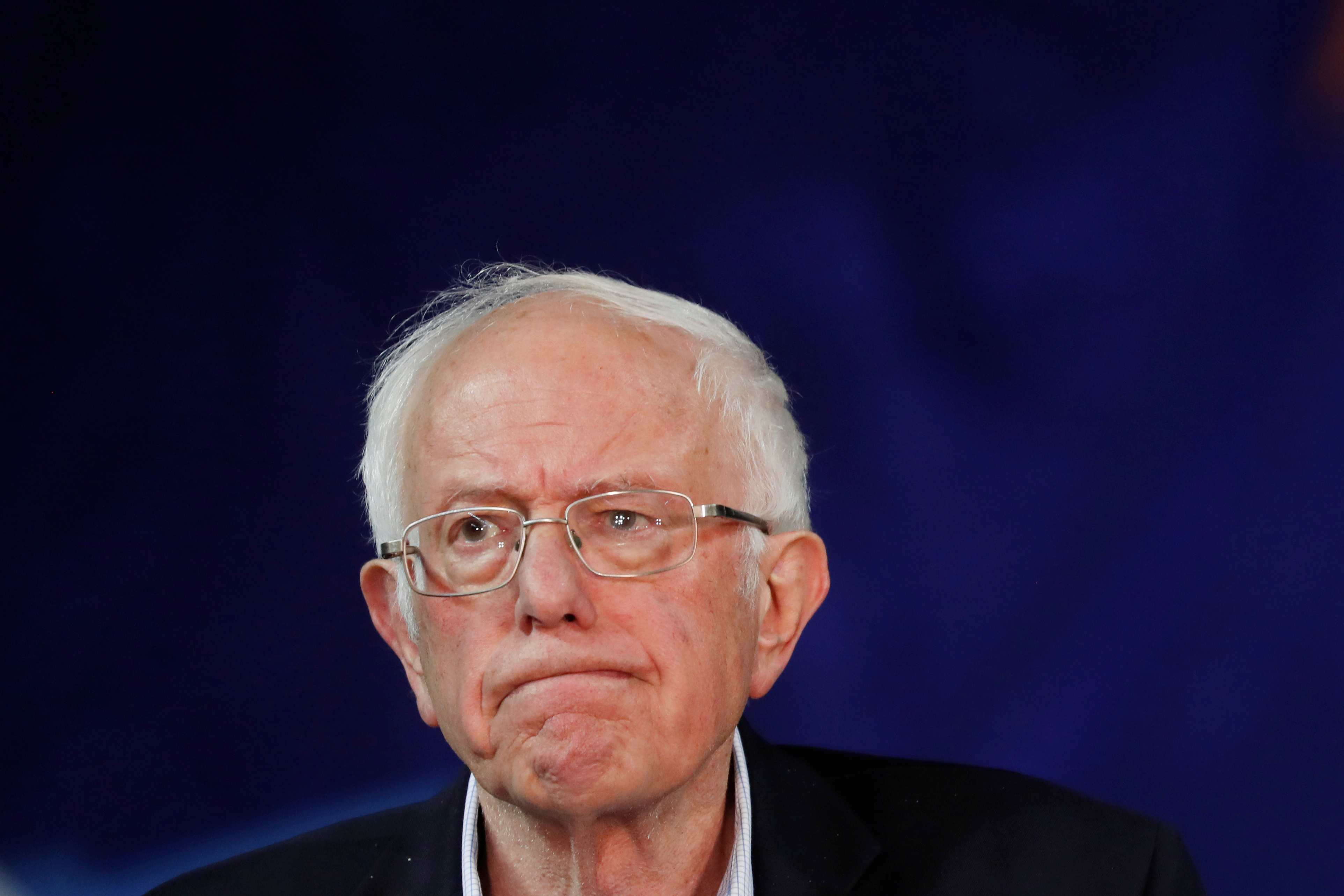 “If there was no Jesse Jackson, in my view, there never would have been a President Barack Obama,” Sanders said.

“Let me just say to Rev. Jackson: It’s one of the honors of my life to be supported by a man who has put his life on the line for the last 50 years fighting for justice,” he added.

Sanders told the crowd: “Tuesday, there is going to be a very, very important primary here in Michigan.”

He noted that Jackson won the state during his own presidential bid in 1988.

“In 2016, I won the state. And, on Tuesday, if we stick together, we bring our friends out to vote, we’re gonna win it again,” Sanders added.

Tuesday marks the first time voters will vote in the Democratic contest, which has been effectively narrowed down to a two-person race between Sanders and Biden.

It will be another test of whether Sanders is able to broaden his appeal among blacks — and will be a test for Biden to see if he can keep his momentum going.