Victoria’s acting Premier and Deputy Chief Health Officer say they expect Melbourne’s lockdown to be eased as planned on Thursday, but the suspicion of an undetected spread of the more-infectious Delta coronavirus variant could still extend the city’s stay-at-home orders.

Health authorities said it could take weeks for a full picture to emerge about whether there is a hidden spread of the variant, which is now centred on positive cases in North Melbourne and West Melbourne. 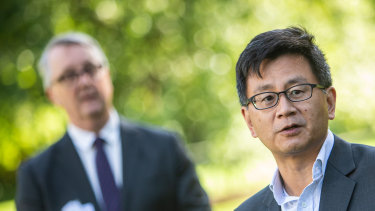 They said widespread testing will be crucial to their decision-making to assure them the variant hasn’t spread undetected throughout the state, as they work to contain at least 70 locally acquired COVID-19 cases.

Deputy Chief Health Officer Allen Cheng said about 5 per cent of Victorians had been tested since the latest outbreaks, providing the government with increasing confidence there has been no large unseen outbreak of the Delta variant.

“But there’s always that risk,” Professor Cheng said, adding that public health advisers would need to make a judgment call later this week about whether there was likely unseen spread. “With the passage of time, we get more comfortable … that there’s no hidden transmission going on after one, two, three weeks.”

His comments came as federal Health Minister Greg Hunt said the federal government would release additional Pfizer doses for Victorians along with extra AstraZeneca shots, which had been requested by the state government.

“We will provide an extra 100,000 Pfizer vaccines to the Victorian government over a three-week period, commencing from the 14th of June,” Mr Hunt said.

The number of AstraZeneca doses for Victoria will be doubled to 230,000 without affecting supply to other states.

Mr Hunt said Saturday was a record day for vaccinations across Australia with over 88,000 getting immunised. There have now been more than 5 million vaccines delivered nationally.

Acting Premier James Merlino and Deputy Chief Health Officer Allen Cheng said on Sunday they expected stay-at-home orders to be eased as planned on Thursday, but both acknowledged it was a “neck-and-neck” situation that could not be easily predicted.

Victoria recorded two cases on Saturday – another worker at a Port Melbourne business where the less infectious Kappa variant circulated, and a teacher at the North Melbourne school where the Delta strain spread.

A nurse and 79-year-old resident at Arcare nursing home in Maidstone have also tested positive but these cases will appear in Monday’s numbers. The nurse had not worked at multiple aged care homes. 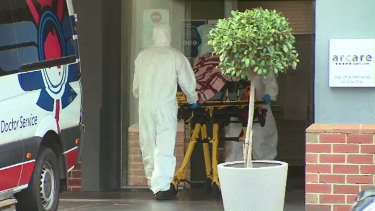 A COVID-positive resident is removed from Arcare’s Maidstone home on Sunday.Credit:Nine News

The virus fight is now centred on three key fronts, one related to Melbourne’s initial outbreak of the Kappa variant, which began in Whittlesea and has now spread to several locations across Melbourne, and two to the more-infectious Delta cluster, involving putting a ring around known cases and searching for undetected spread.

New pop-up testing centres and priority vaccinations are being established for anyone linked to a Craigieburn shopping centre and Epping Plaza, where authorities fear stranger-to-stranger transmission of the Kappa variant occurred. Texts are being sent to locals reminding them to get tested and community leaders are being recruited to get the message out. The most recent cases linked to these sites have forced more than 200 staff from a CBD construction site into isolation.

In the effort to suppress the newer Delta outbreak, contact tracers are working to put a ring around known cases linked to two North Melbourne primary school families, so they do not spread beyond primary contacts.

Professor Cheng said that tracing the spread among known cases was “neck-and-neck with the virus.”

“Of the [cases] that we’re finding … there’s a small number of exposure sites, but really most of the people that we’re seeing are people already in quarantine.” 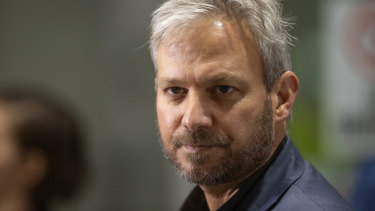 Mass testing will be crucial to identifying potential unknown cases, Professor Cheng said as he urged Victorians to brace for bad weather and continue testing in record numbers.

These comments were echoed by Chief Health Officer Brett Sutton, who told The Age at the weekend: “We’ve put everyone in quarantine, we’re getting results within 24 hours, and we’re contact tracing immediately, so that’s less of an issue. It’s just the concern that there might be other cases out there that haven’t been discovered.” 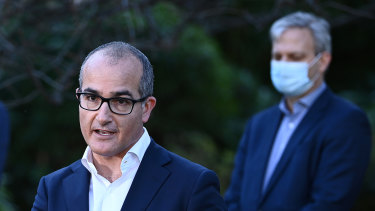 The source of Victoria’s newest outbreak remains unknown. Leading experts believe it is likely to be a hotel leak in either Victoria where the first detected cases lived, NSW where they travelled, or elsewhere. It would be the 22nd known hotel leak in Australia.

Authorities are still working to track the movements of a handful of recent hotel quarantine guests to determine if they aligned with those of any of the known Delta cases, which now number 10.

More than 6000 contacts remain in isolation, but about 1900 were expected to be released on Sunday. About 98 per cent of those potentially exposed to the Delta variant at North Melbourne Primary School have tested negative.

Acting Premier James Merlino said the virus needed to be “driven into the ground” to make sure the outbreak did not become “uncontrollable”. He said he expected to stick to the lockdown timeline but would not push back on Professor Sutton if he advised an extension.

“We don’t have the luxury of picking and choosing the public health advice we receive,” Mr Merlino said. “I hate going into lockdown like every single Victorian. I want to be out of lockdown as quickly as possible.“

The new cases came as Professor Sutton told The Age density restrictions would not necessarily remain in place for long over winter after the lockdown ended.

“There is not as much benefit as you might imagine. You hold back economic activity and lots of routine freedoms with density [rules],” he said. “Really what you need is super-sensitive surveillance systems and contact tracing.”

“It’s more about having the entire population ready to test when they are symptomatic, having everyone using QR-codes and then responding to a positive sewage testing detection.”

Mr Merlino said the vaccine rollout was very much a race, while the federal Health Minister said the boost was a recognition of the “very strong work being done here in Victoria”. Mr Hunt urged all Australians to replicate Victorians’ keenness for a jab.

Tourism Minister Martin Pakula on Sunday announced another 80,000 travel vouchers worth $200 each would be available to Victorians to use in regional areas once restrictions eased. The package, will also provide regional tourism businesses with grant top-ups of up to $4500, or up to $15,000 for Alpine businesses to help them offer a COVID-safe ski season.

Mr Pakula expressed “absolute confidence” the MCG would host the AFL grand final after WA stadium chiefs said over the weekend that state would attempt to poach the match in the event of continued restrictions on sporting crowds in Victoria.

He said the state was engaged in “delicate” negotiations with organisers for the Phillip Island MotoGP event scheduled for October and the already-delayed Formula One Grand Prix set for November. There is uncertainty about whether either will go ahead due to the probable need for athletes and support staff to isolate for 14 days upon arrival.

Meanwhile, Premier Daniel Andrews’ wife, Cath Andrews, posted a photograph of her cutting the Premier’s hair. She wrote: “On the tools again. Practice makes perfect. I love this one. Getting better every day.” 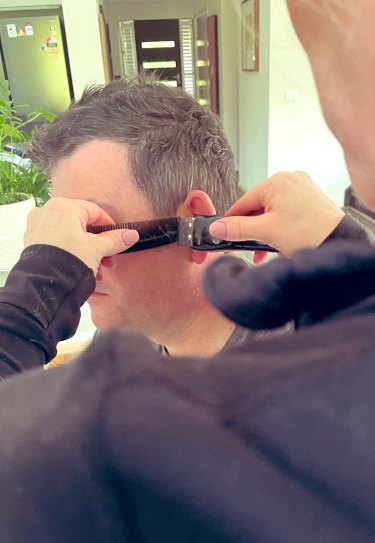 Stay across the most crucial developments related to the pandemic with the Coronavirus Update. Sign up for the weekly newsletter.