Penguin poo drove us cuckoo! Laughing gas given off by large quantities of bird faeces had bizarre effect on scientists studying in Antarctica

Researchers have been sent ‘cuckoo’ after spending hours examining the poo of Antarctica’s king penguin population.

The flightless birds’ poo reacts with the soil to produce nitrous oxide, which has a similar effect to laughing gas, according to Professor Bo Elberling, of the University of Copenhagen’s Department of Geosciences and Natural Resource Management.

‘After nosing about in guano for several hours, one goes completely cuckoo. One begins to feel ill and get a headache,’ Prof. Elberling added.

His team have been studying colonies of king penguins on the Atlantic island of South Georgia – between South America and Antarctica. 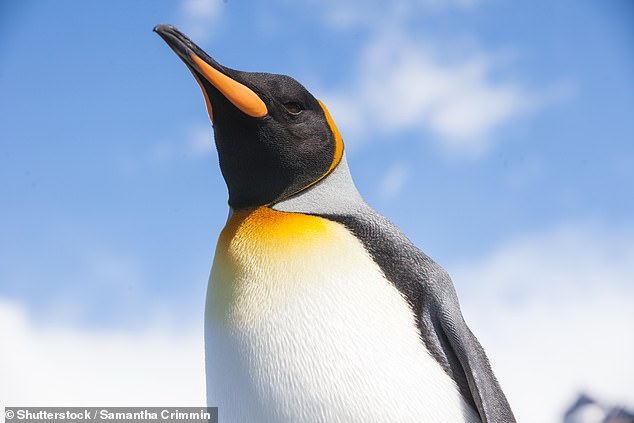 King penguins’ poo reacts with soil to produce nitrous oxide, which has a similar effect to laughing gas, according to Professor Bo Elberling, of the University of Copenhagen’s Department of Geosciences and Natural Resource Management (file image)

Nitrous oxide is 300 times more polluting to the environment than carbon dioxide.

The gas is created when the penguin’s diet of krill and fish, which contains large amounts of nitrogen, is digested and released through the faeces.

Soil bacteria then convert the nitrogen it into nitrous oxide, a greenhouse gas.

The emissions measure about 100 times more than a recently fertilised Danish field. 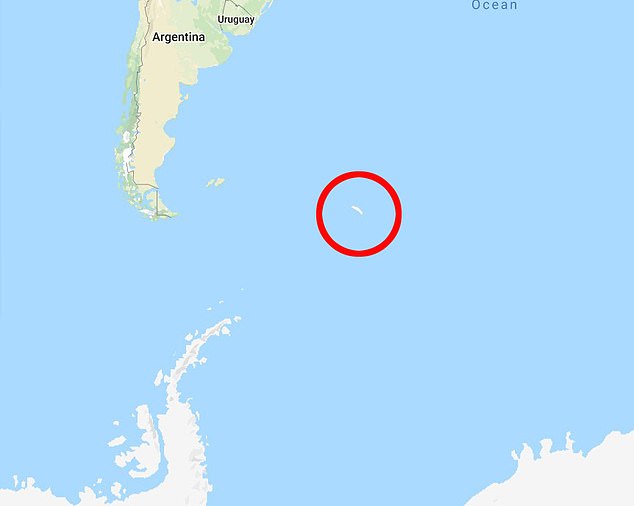 ‘While nitrous oxide emissions in this case are not enough to impact Earth’s overall energy budget, our findings contribute to new knowledge about how penguin colonies affect the environment around them, which is interesting because colonies are generally becoming more and more widespread,’ Elberling said.

The total population of king penguins in the world is thought to be 2.23 million pairs and rising.

WHAT DO WE KNOW ABOUT KING PENGUINS?

King penguins are the second largest of the penguin species, after the Emperor penguin.

Like many penguins, fully grown but unfledged chicks can appear to be larger than the adult birds.

They were sometimes known as ‘woolly penguins’ by the early explorers and sealers, as the thick brown down of the juveniles looks like wool on sheep.

Some even thought they were a separate species, an impression strengthened by their complex breeding season. This means there are almost always chicks around at all times of the year.

King penguins have colourful feathers around their necks and heads. This makes them the brightest of all the species of penguin.

King penguins live on sub-Antarctic islands dotted around the continent, from about 46° to 55° South, where they form huge colonies on slopes with a nearby beach for access to the sea.

King penguin colonies are occupied all the year round either by the chicks or the adults.

Non-breeding birds may be found far from their home colony, particularly in the region of the Antarctic convergence

There are significant size differences between the penguins of the different populations living on the different islands and there is evidence of genetic isolation, with little or no interbreeding, between colonies.

Related posts:
May 20, 2020 World News Comments Off on Laughing gas around penguin poo sent scientists 'cuckoo' in Antarctica
Celebrity News:
Caitlyn Jenner Claims Her Kids Were ‘Scared’ For Her When She Revealed Her Bid For California Governor
The young mum-to-be treated like a criminal for having a dying foetus
Ivanka Trump Hits Her Son, 5, In The Face With A Surfboard During Private Mother’s Day Lesson — Pics
Michael B. Jordan Reveals His Plan For Having Kids Amid Lori Harvey Romance — Watch
'Prodigal Son' Canceled at Fox After Two Seasons
Recent Posts