TERRIFIED locals have told how they feared the worst after a huge block of frozen POO "fell from the sky".

Pals Lisa Boyd and Louise Browne dashed from their homes on Monday night after hearing a huge thud outside. 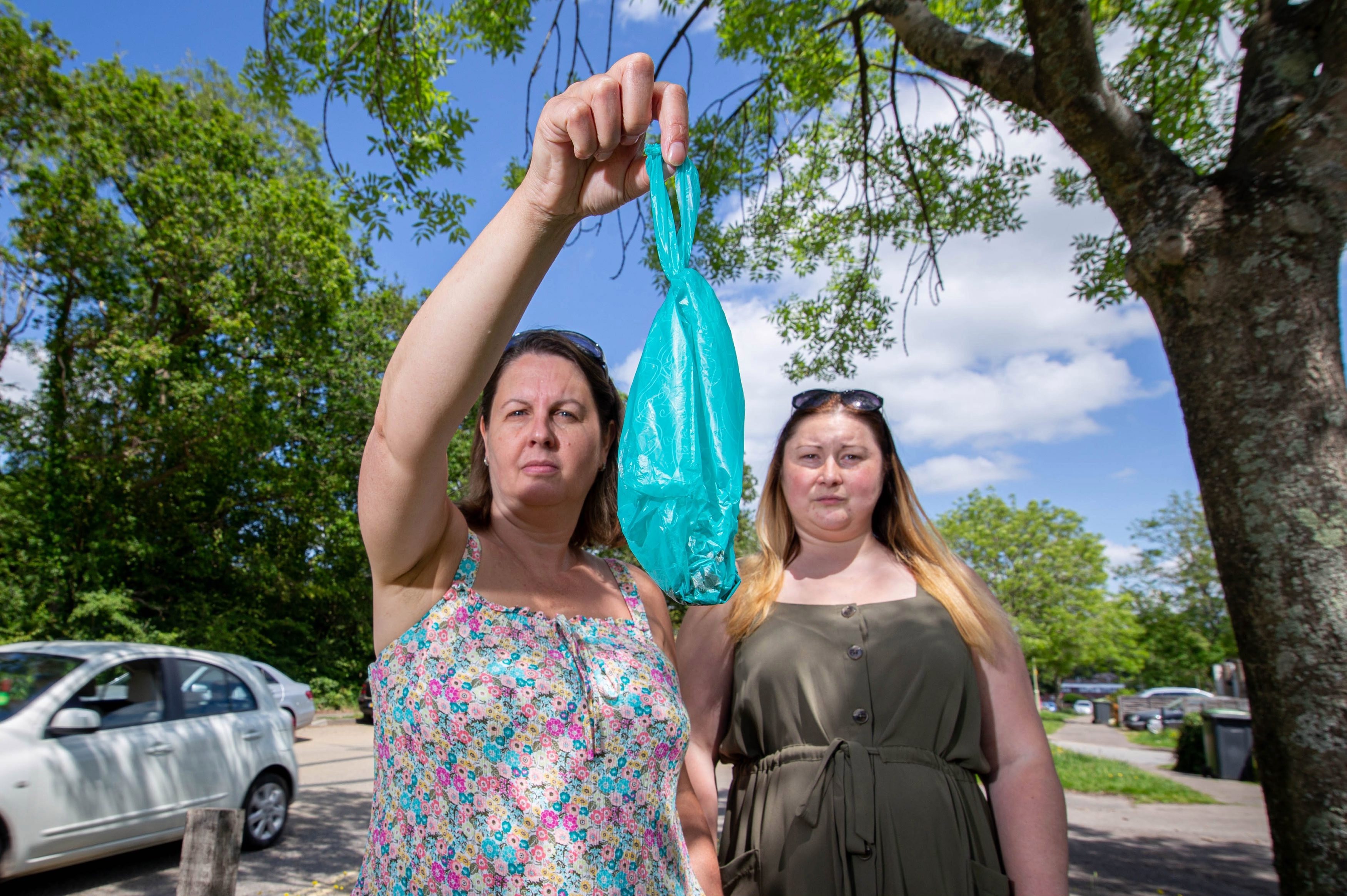 Lisa said : "I thought someone had crashed their scooter outside, there was a big whirring noise and huge thud so I looked out the window and there was just this lump of ice on the floor.

"We were just thankful no one was walking past and nobody got hit by it because it could've killed someone."

Neighbour Louise told The Portsmouth News: "We just getting into bed and we thought someone was chucking gravel stones at our window.

"I would say it was about half a metre square – it was big."

The pooberg crash-landed in Eagle Avenue, Waterlooville, near Portsmouth, bringing families rushing into the street.

Residents are convinced that the ice came from a plane’s loo flying 35,000ft overhead as it revealed an unpleasant surprise as it melted.

A terrible pong filled the air and when they looked closer, they could see human faeces and toilet paper.

Lisa revealed: "Where the ice had melted, there were faeces on the path.

"I bagged it up because it was slap bang in the middle of the footpath."

The Civil Aviation Authority claims all lavatory waste is stored within the aircraft and collected after landing by special vehicles during the preparation for the next flight.

"Ice falls from aircraft are considered to be rare in UK airspace, and can be a result of meteorological phenomena," it said. 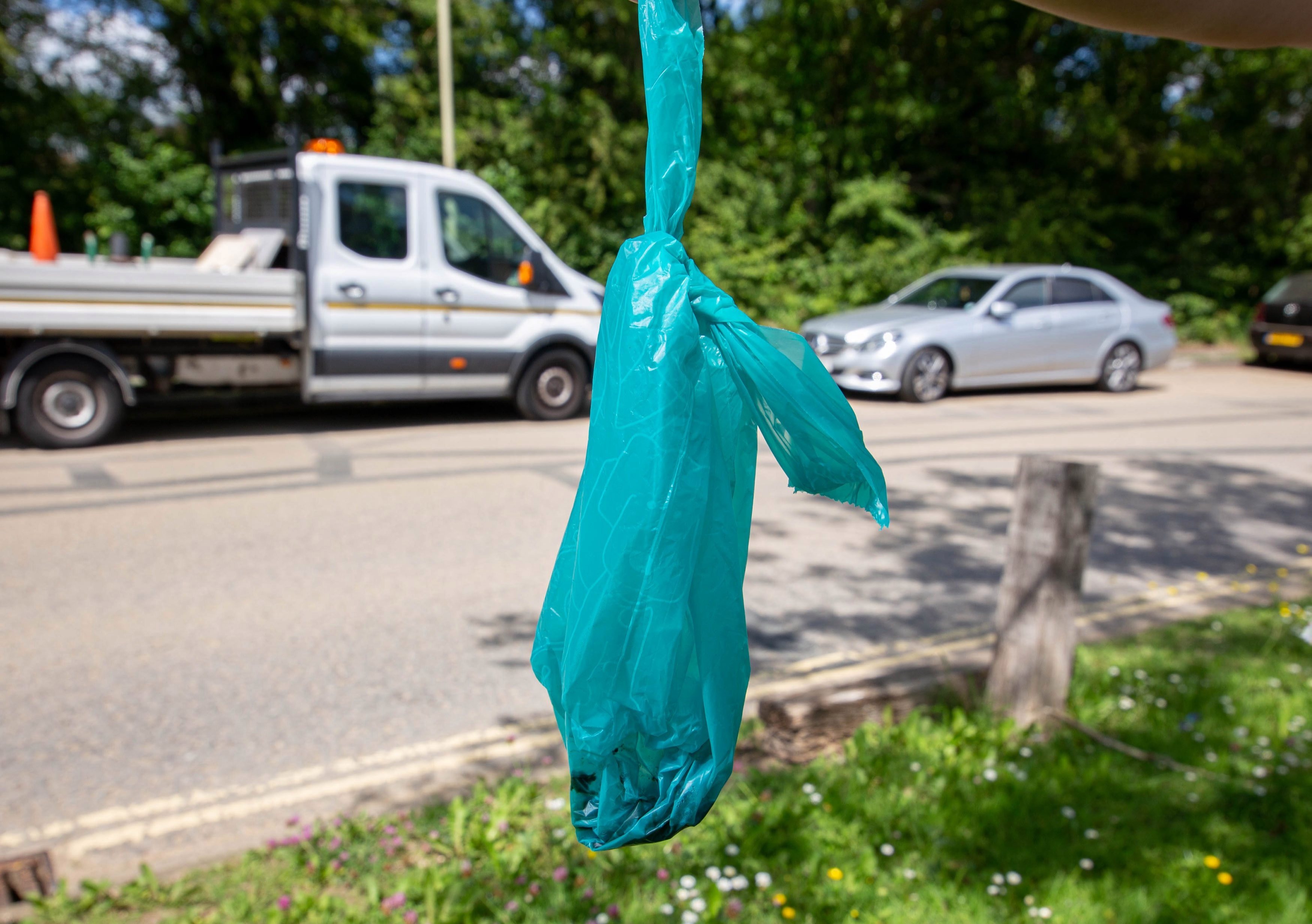 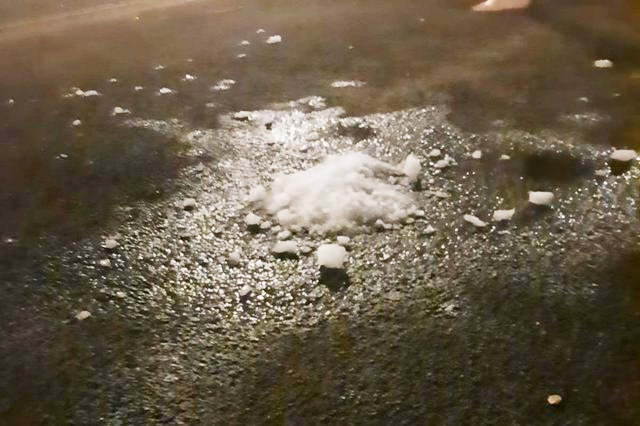 "We receive around 10 reports of ice falls per year and while we are unable to investigate the origin of an ice fall, we do record reports of this nature.

"While the authority will record suspected ice falls, we are unable to investigate their potential origins regarding specific flights.

"The CAA has no liability for damage which may be caused by an ice fall."

Waterlooville is not far from Southampton airport and the international flight paths into Gatwick and Heathrow.

In October 2017 a family's house in Wiltshire shook when a passing plane poo-bombed them from 20,000 feet.

The aircraft, thought to be a Jumbo jet dumping waste from its toilets high overhead, sent 'ice bombs' raining down on the house in Cricklade.

In June 2017 Dan Wells, 45, rushed outside to find a plane's poobomb had smashed a hole nearly 2ft wide in his garage roof.

It dropped from the toilets of a plane flying 15,000ft over his home in Denmead, near Portsmouth, Hants.

The mini iceberg smashed several tiles when it punched a hole in the garage roof and shattered a drainpipe.

But Daniel said he couldn't sue for damages unless he or his insurers could discover which airline was responsible for the poo-bombing.

Then in 2015 a retired couple in Wiltshire dived for cover after their house was poo-bombed by a jumbo jet flying overhead.

Why does poo fall from planes?

Blue ice – in the context of aviation – is frozen sewage material that has leaked mid-flight from commercial aircraft lavatory waste systems.

It is a mixture of human biowaste and liquid disinfectant that freezes at high altitude.

The name comes from the blue colour of the disinfectant.

Airlines are not allowed to dump their waste tanks in mid-flight and pilots have no mechanism by which to do so; however, leaks sometimes do occur.

"Ice falls from aircraft are considered to be rare in UK airspace, and can be a result of meteorological phenomena," says the CAA.

"We receive around 10 reports of ice falls per year and while we are unable to investigate the origin of an ice fall, we do record reports of this nature.

Sometimes ice which has formed on the outside of a plane can also fall towards the ground.

A huge chunk of faeces and wee from the plane's passenger toilets froze as it hurtled thousands of feet and punched a hole in their roof.

OAPs Keith and Ruth Mead, of Corncockle Close, Melksham, were left wondering what to put on their insurance claim form for the damage repairs.

On its website, the UK Civil Aviation Authority provides information about falling ice.

It says ""Some of these instances may occur because ice, which has naturally formed on an aircraft at higher altitudes, breaks off as it descends into warmer air.

"Falling ice which is clear and uncontaminated may not have originated from aviation activity.

"There have been reports of falling chunks of ice which date back to before the existence of aircraft.

"Research into the phenomena is ongoing by scientists but is controversial."

Airlines usually deny any ice has fallen from their toilets but some people have had the contents analysed and human faeces and urine has been found.

Related posts:
June 10, 2021 World News Comments Off on Locals terrified after blocks of frozen poo 'fell from the sky out of nowhere' and fear it 'could have killed someone'
Celebrity News:
Princess Charlene will not return to Monaco for her tenth wedding anniversary
'Heroes': The Original Pilot Was 'Too Controversial' to Air
Kim Kardashians Daughter Chicago Gets Caught Trying To Sneak Off With Mommys Designer Bags
Britney Spears wants freedom: What is conservatorship? Why would someone need a conservator?
Snooki Sounds Off on Angelina Pivarnick & Chris Larangeira: Theyre So Messed Up!
Recent Posts