STAFF at a coronavirus testing site in London have told people they can jump the queue – by pretending they're from Aberdeen.

The apparent glitch allows residents to book a swab near their home if they enter a postcode 400 miles from the test centre at Twickenham stadium. 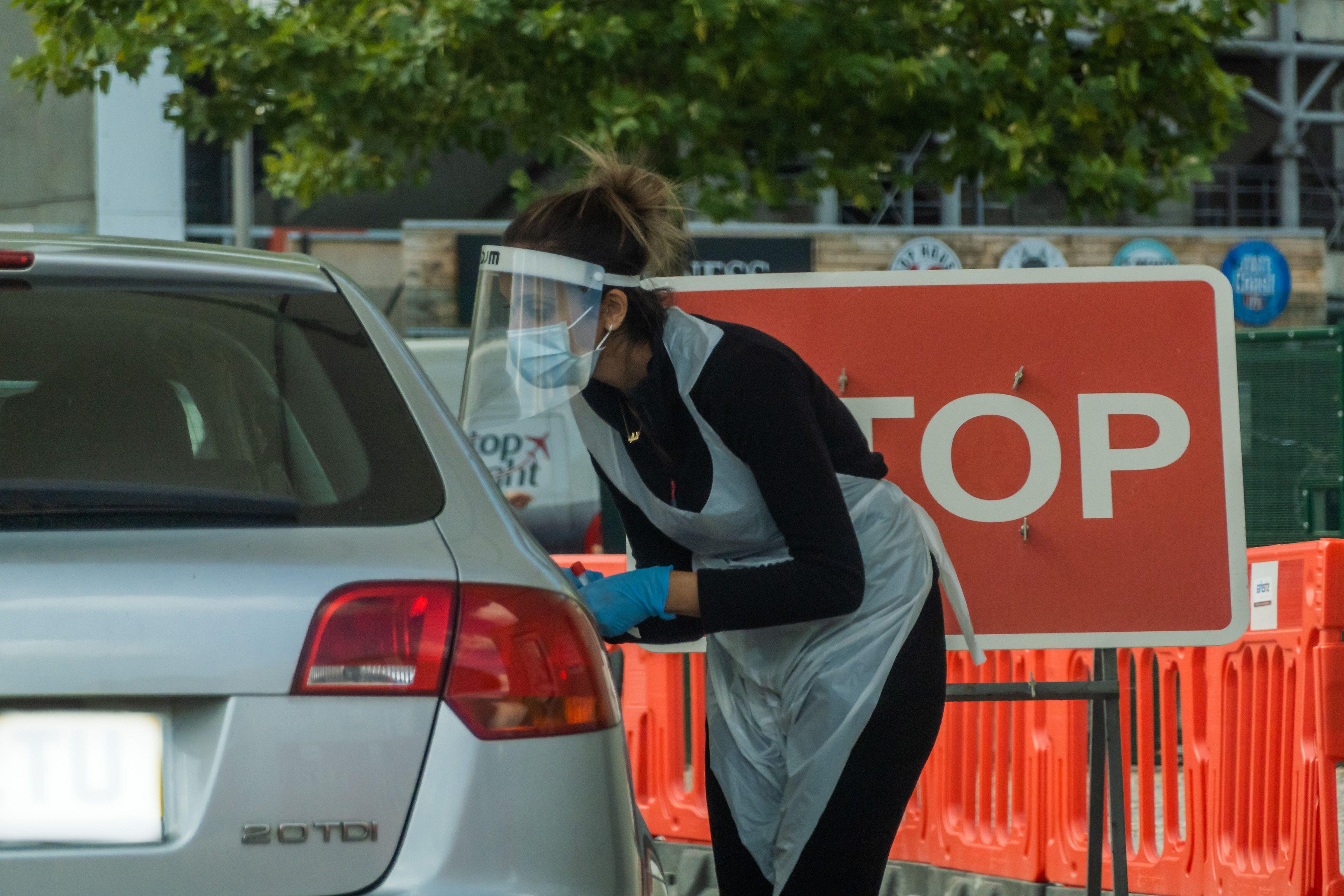 But locals who are honest about where they live have been told to travel hundreds of miles to another site to get tested.

Health Secretary Matt Hancock has urged the public not to "game the system" by changing their postcode to try and get a local test.

He said: "It's incumbent upon all of us to take a responsible approach and tell our constituents that tests are available in large numbers, that the average distance travelled is 5.8 miles and that people should take this seriously and not game the system."

It comes after Munira Wilson, the Lib Dem MP for Twickenham, said she has been "inundated" with emails from doctors, teachers and parents unable to access tests in her constituency.

Speaking in the House of Commons yesterday, she said: "A number of them have also been advised that if they put an Aberdeen postcode into the system, they can get a test in Twickenham and they have succeeded.

"So could the Secretary of State please tell me how on earth a world-beating test and trace system is functioning in this way, and what is he doing to fix it?

"And in the meantime, does he recommend that I tell those constituents who desperately need a test to game the system in this way?" 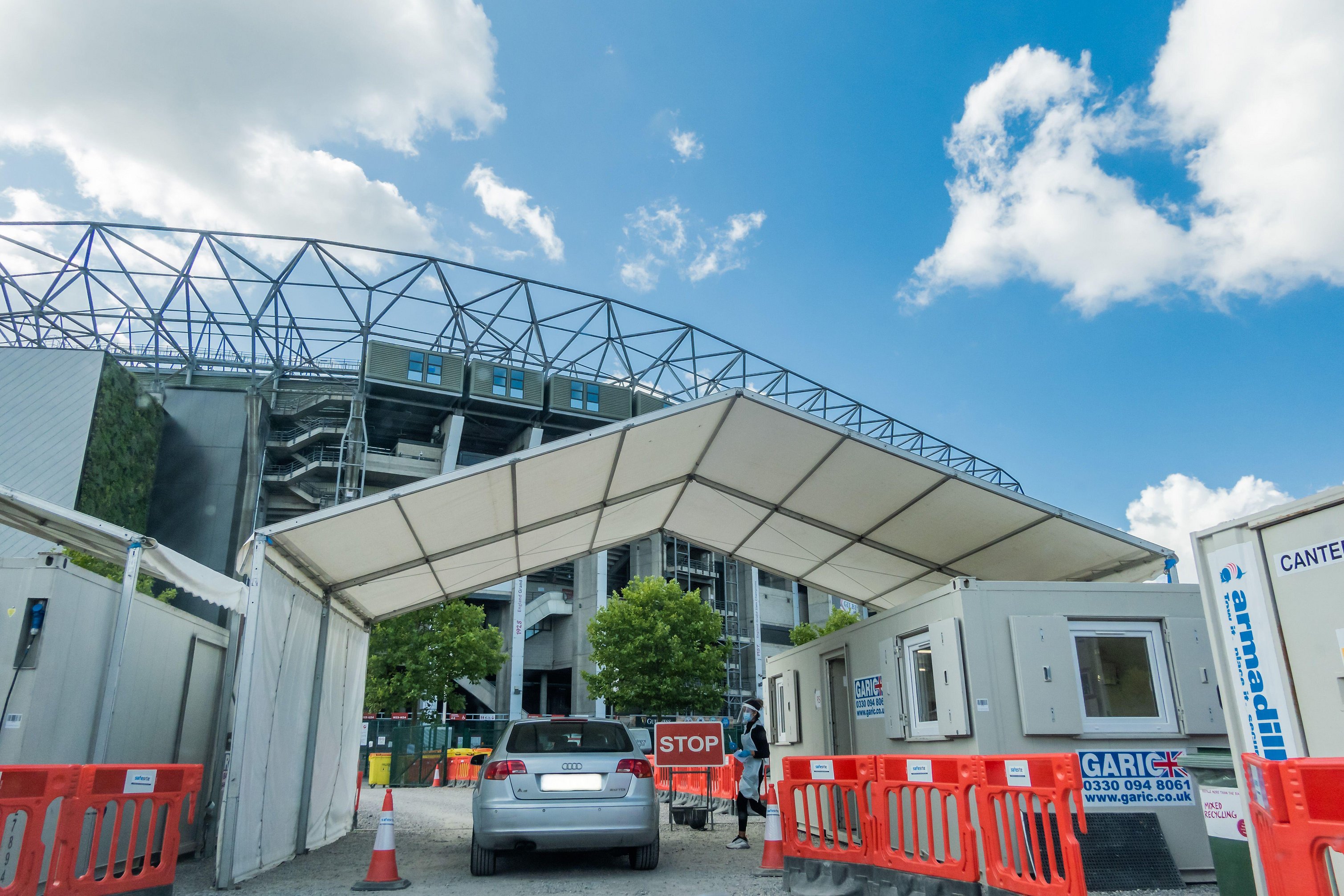 Mr Hancock replied "no" and said MPs should tell their constituents that tests are "available in large numbers", adding: "People should take this seriously and not game the system.

Explaining the glitch to the Telegraph, Ms Wilson said: “What people have been advised to do is put Aberdeen into the system, put in a QR code, and that QR code allows them to get a test at Twickenham.

“There clearly is not a capacity issue at the test sites. Twickenham has never been particularly busy.

“It’s utterly ludicrous that you have to game the system in this way in order to get a test, and clearly it needs to be fixed, whether it’s a computer glitch or capacity in the labs."

It's not clear why Twickenham residents were able to book a test by claiming to live in Scotland, but it would appear the glitch has been fixed.

Attempting to enter an Aberdeen postcode in the Government's testing portal now produces no results for tests.

It comes as demand for coronavirus tests have soared amid warning that the country faces a tough six months in the battle with Covid.

Coronavirus tests in England will be rationed while the Government deals with "operational challenges" in the system.

Mr Hancock faced a barrage of complaints in the Commons about people being forced to travel long distances to secure a test.

On Tuesday evening Bolton NHS Foundation Trust said a "high volume of patients" had turned up at accident and emergency asking for a coronavirus test.

The trust tweeted: "A&E is currently very busy, managing a high volume of patients who have arrived requesting a #COVID19 test

"Patients are requested not to turn up to the hospital."

Bolton has the highest infection rate in England.

NHS leaders have called for health workers and patients to be given priority after Government sources admitted that demand for tests is currently far outstripping supply.

Mr Hancock said an updated prioritisation list would set out who will be at the front of the queue.

It comes after anyone suffering symptoms, regardless of where they work or live, were urged to book tests in recent months and amid concerns that the return of children to school – and a Government drive to get employees back in the workplace – could increase testing demand.

"We have seen a sharp rise in people coming forward for a test, including those who are not eligible," Mr Hancock said.

"As demand has risen, so we are having to prioritise once again and I do not shirk from decisions about prioritisation. They are not always comfortable, but they are important."

Acute clinical care is the top priority, with social care next on the list and currently receiving more than 100,000 tests a day.

Mr Hancock said prioritisation was "a choice that we must make".

Government sources acknowledged there was no accurate data on how many people who are not eligible for a test have tried to book one.

Mr Hancock admitted that it might be "a matter of weeks" before the testing problems are resolved.

He told MPs that the average distance travelled to a test site is now 5.8 miles and defended the Government's efforts.

Related posts:
September 16, 2020 World News Comments Off on Londoners told to pretend they're from Aberdeen to get local Covid test
Celebrity News:
Alexis Sharkey WAS Murdered – Cause Of Influencer's Mysterious Death Finally Revealed
Emmerdale’s Katherine Dow Blyton fears axe over Harriet Finch and Malone murder storyline
Josh Duhamel in Talks to Replace Armie Hammer in ‘Shotgun Wedding’ Opposite Jennifer Lopez
Love Island’s Callum Jones details living with girlfriend Molly Smith and their new family addition – EXCLUSIVE
Dolly Parton Turns 75: Reese Witherspoon and More Celebs Pay Tribute
Recent Posts
This website uses cookies to improve your user experience and to provide you with advertisements that are relevant to your interests. By continuing to browse the site you are agreeing to our use of cookies.Ok