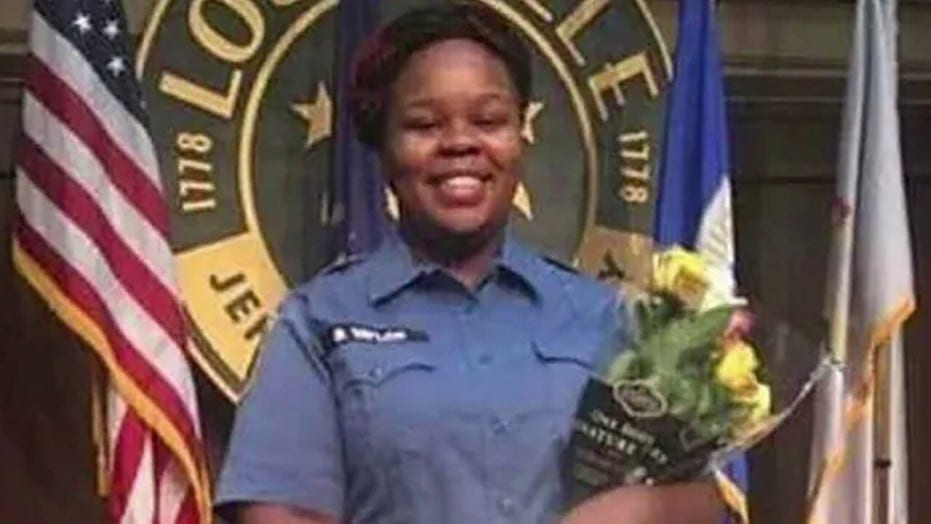 The Louisville Metro Police Department announces a state of emergency as it prepares for a grand jury decision in the Breonna Taylor case.

The city of Louisville appeared to be on lockdown early Wednesday awaiting an announcement from Kentucky Attorney General Daniel Cameron on whether criminal charges will be brought against the three officers involved in the death of Breonna Taylor during a police raid in March.

At the same time, Sgt. Jonathan Mattingly, who underwent surgery after he was shot in the leg during the raid, defended his actions in an email sent to colleagues early Tuesday, arguing that he and his fellow officers “did the legal, moral and ethical thing that night."

He also blamed Mayor Greg Fischer, Public Safety Chief Amy Hess, and former Louisville Metro Police Chief Steve Conrad for failing “all of us in epic proportions for their own gain and to cover their a–es," adding that: "I’m proof they do not care about you."

“You DO NOT DESERVE to be in this position,” Mattingly wrote in a six-paragraph email sent at 2:09 a.m. Tuesday to more than 1,000 of his colleagues, according to Lousiville Courier-Journal. “The position that allows thugs to get in your face and yell, curse and degrade you. Throw bricks bottles and urine on you and expect you to do nothing.” 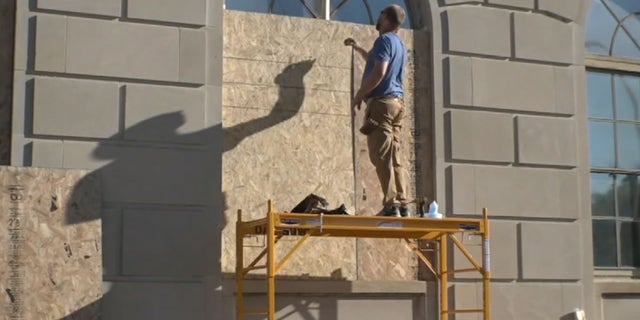 Federal buildings in Louisville, Kentucky were boarded-up ahead of an announcement in the Breonna Taylor case.
(Fox News)

Businesses boarded up windows in anticipation of potential civil unrest stemming from Cameron’s announcement. Taylor’s mother, Tamika Palmer, and other family members want criminal charges brought against the officers but asked protests on Taylor’s behalf to remain peaceful because she was a “peaceful person.”

Cameron, Kentucky's first Black attorney general, has repeatedly refused to give a timeline for his investigation into Taylor’s death but will present his findings to a grand jury, which will decide whether to indict Mattingly, Officer Myles Cosgrove and former Officer Brett Hankison. Hankison was fired from the department in June over Taylor’s death, and Mattingly and Cosgrove were placed on administrative leave.

Fischer, who declared a state of emergency in Louisville Tuesday, asked people “to use caution and don’t base your own plans on the unfounded and uninformed speculation online and please don’t spread misinformation either.”

He said “accurate, updated information” about what’s happening in Louisville will be posted on the social media sites for the mayor’s office, LMPD and other official Louisville Metro government accounts.

“I know this is a difficult, tense time for all of us and while I don’t know what the attorney general will announce, I know that we will get through this moment together,” Fisher said in a video message posted to YouTube just after 5 p.m. Tuesday. “We have the ability to create an even stronger, more vibrant and more equitable city than any of us have ever known.”

The National Guard remains at the ready Wednesday morning, and both the city’s police department and the mayor have declared a state of emergency. Vacation and time-off requests have been postponed for officers, and a federal courthouse and adjacent buildings have also been boarded up and will remain closed to the public this week.

On Tuesday, police set up barricades to restrict vehicular traffic in the downtown area by Jefferson Square Park, a frequent meeting spot for protesters, but pedestrians can still enter through access points.

Lonita Baker, an attorney representing Taylor’s family, also asked people to be patient and not feed into rumors circulating online, acknowledging that many feel “held hostage” waiting for Cameron to make an announcement on whether or not the officers will be charged in connection to Taylor’s death.

“As I’ve continued to say, please be patient and try to tune out the rumors. There are so many, I’ve lost track. There has been no decision, we are all still waiting,” Baker said in a Facebook post on Tuesday.

“Thank you for your continued support and continued prayers for indictments in the pursuit of #justiceforbreonnataylor. I really do care about all who are committed to justice and I hate that our city is living on edge waiting,” she continued. “I try to be careful in what I post, so that no one tries to incorrectly read into my messages. Let’s just continue to pray and push for justice (even though it feels like we are being held hostage over this decision).”