Magistrate Rodney Higgins, who created controversy in 2019 by embarking on a relationship with a court clerk 45 years his junior, has successfully claimed her $180,000 superannuation death benefit even though it was bequeathed to her struggling mother.

Mr Higgins, who earns $324,000 a year as a magistrate in Bendigo, made the successful claim on the death benefits of his late fiance Ashleigh Petrie after the fund, Rest Super, agreed with his argument that he was her de facto partner and therefore her “dependent”. 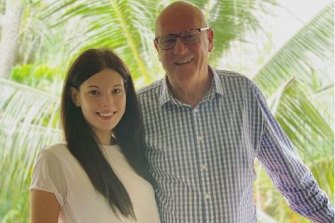 But the payout has been delayed because lawyers for Ms Petrie’s mother, whom The Age and The Sydney Morning Herald have chosen not to name to protect her privacy, have been fighting the decision for 15 months. They have appealed the super fund’s position to the Australian Financial Complaints Authority.

The multi-decade age gap between Mr Higgins and court clerk Ms Petrie sparked frenzied media coverage in October 2019. Ms Petrie, 23, was hit by a car in the early hours of Monday, October 28, 2019, less than three weeks after the first story of her relationship was published in Melbourne’s Herald Sun.

Mr Higgins, then 68, and Ms Petrie were a couple for seven months and lived together for about four months prior to her death. They were engaged in September 2019. During her relationship with Mr Higgins, Ms Petrie nominated her mother as the beneficiary of her superannuation and life insurance.

But Mr Higgins has refused the mother’s pleas to share the money, citing his hurt that he was not given a portion of Ms Petrie’s ashes. Within months of the young woman’s death, Mr Higgins returned to his partner of 18 years, Lurline Le Neuf, whom he’d left earlier that year to be with Ms Petrie. They share a riverfront home in Shepparton. 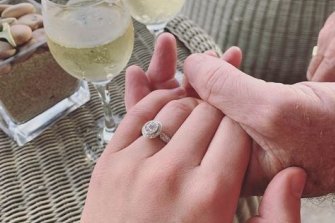 Ms Petrie’s mother has not shared her daughter’s ashes with Mr Higgins because she worries what might happen to them now that the magistrate has returned to his former partner.

Superannuation fund members can make a binding or non-binding nomination of who they wish to inherit their benefits when they die, but a fund can override a member’s nomination if it does not comply with the Superannuation Industry (Supervision) Act, the federal legislation governing superannuation.

Under the Act, a nominated beneficiary must be a “dependent”. This includes a spouse. A de facto partner qualifies as a spouse but the Act does not specify how long a couple must co-habit to be considered de facto.

In deciding such matters, super funds can consider, among other things, shared property ownership, the mutual commitment to a shared life, the care and support of children and the degree of financial dependence.

The mother’s lawyer Kimble Stynes has argued that four months of cohabitation may not meet the Family Court’s criteria on de facto relationships.

Mr Stynes has also argued that the mother was Ms Petrie’s “dependent”, with cash transfers being made from daughter to mother for dinners, groceries and clothes. Ms Petrie’s mother lives in a modest flat in a regional town west of Melbourne and works in office administration.

As a member of the judiciary Mr Higgins is constrained in his public comments and declined to respond to queries.

Rest declined to comment on this specific case due to privacy laws, but the fund’s spokesman Michael Mills said: “Rest has every sympathy for Ms Petrie’s loved ones and all those grieving her tragic passing.

“In general terms, when a member dies, super funds are required by law to pay the member’s death benefit to a dependent or a legal representative, such as an estate. A super fund can only consider paying someone else if they can’t locate either a dependent or estate.”

In October 2019, shadow attorney-general Ed O’Donohue made a rare complaint to the Judicial Commission about Mr Higgins. Mr O’Donohue alleged the magistrate lacked judicial independence due to his relationship with Ms Petrie and raised concerns about an incident involving his alcohol consumption at Crown casino. The commission dismissed these two allegations due to lack of information in April last year.

Mr O’Donohue’s third allegation – that Mr Higgins’ appointment by the Andrews government in 2017 was politicised because it followed stints as a Labor candidate for the state electorate of Shepparton in 2014 and the federal seat of Murray in 2013 – was found by the commission to be outside its jurisdictional scope.