MOST states that have started to lift restrictions don't meet White House guidelines, and reopening businesses too early may end in disaster, the government's own projection model shows.

One of the studies the Trump administration is relying on warns individual counties could witness as many as 1,000 more coronavirus a day if officials move too quickly to reopen in May. 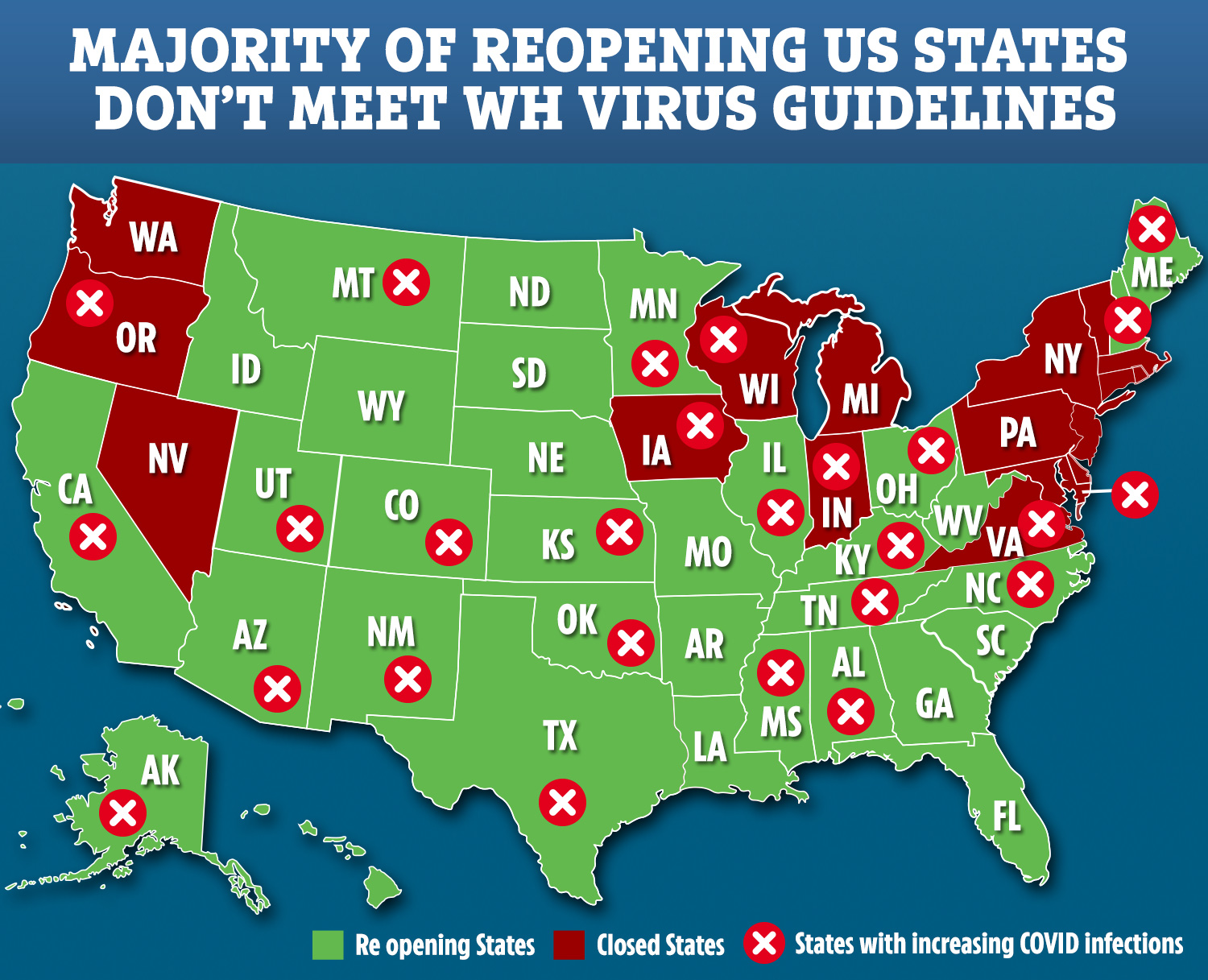 However swathes of areas across America are already getting back in business, with many more governors announcing plans to reopen and lift stay at home orders.

This comes as cases continue to rise and governors defy Trump's own “Opening Up America Again” blueprint, which urges states not to lift stay-at-home or travel restrictions until they reach a 14-day period in which the number of coronavirus cases is steadily declining.

The guidelines also state hospitals should not be overwhelmed and robust testing should be in place for health care workers and others. 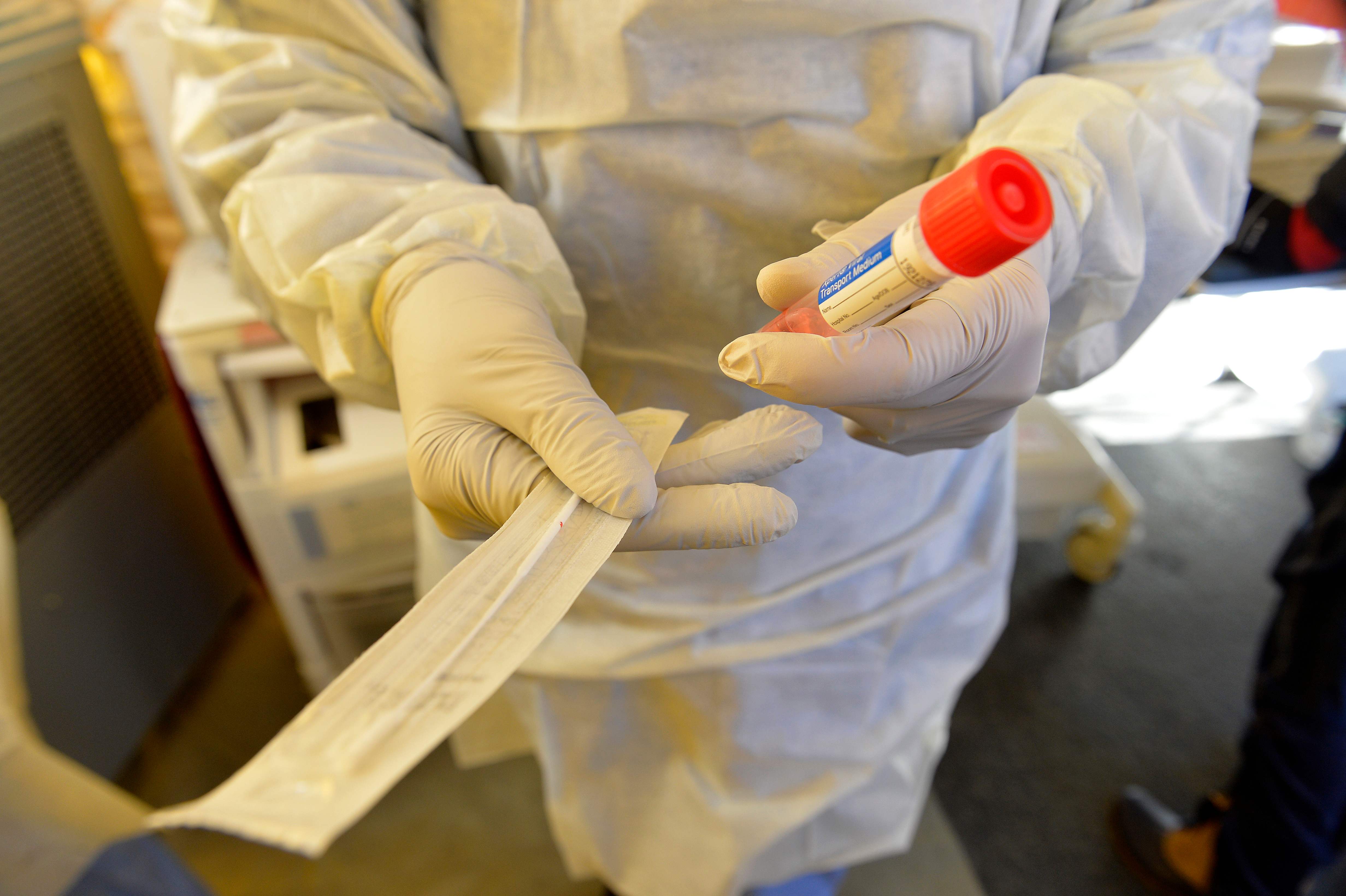 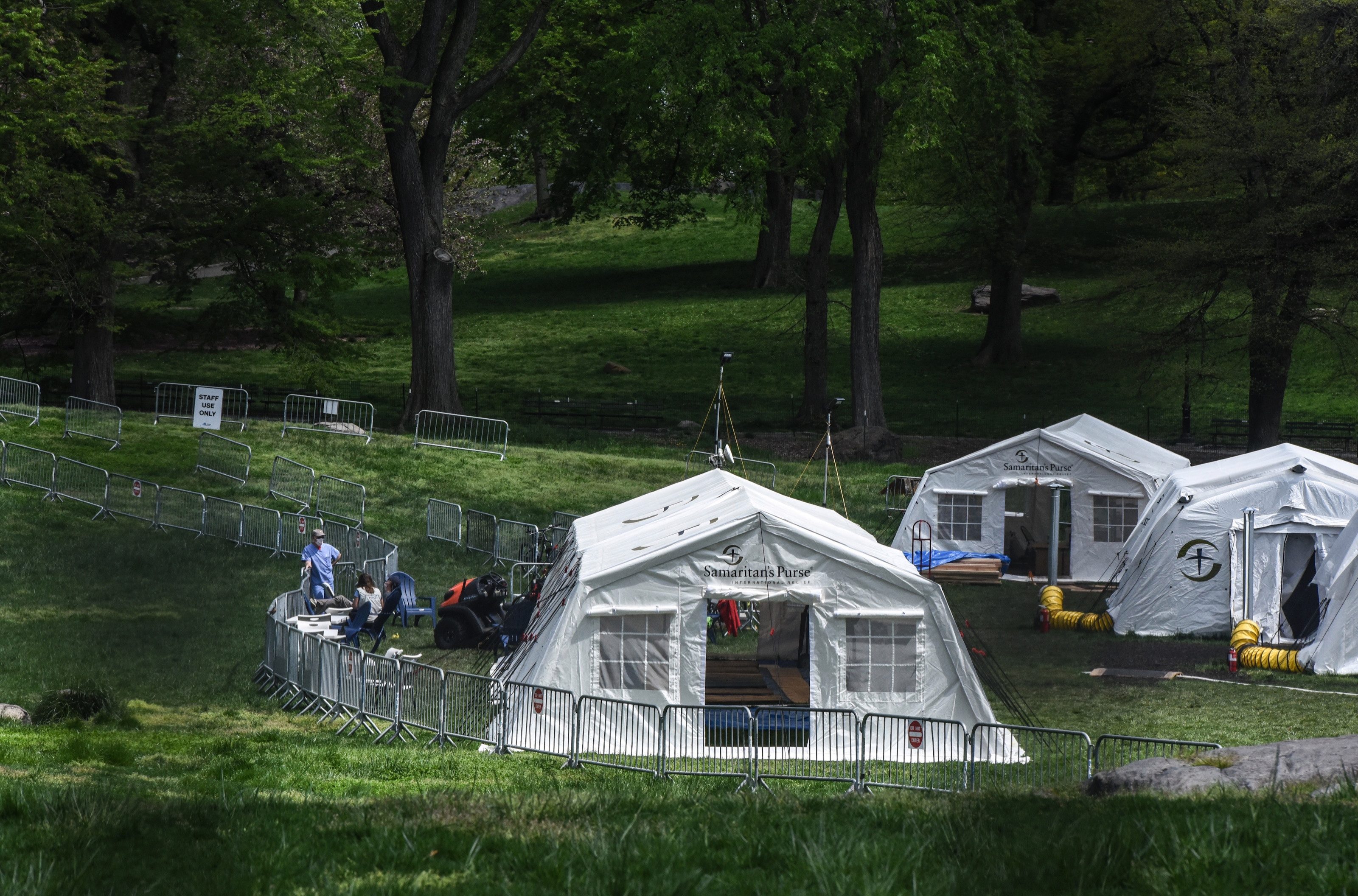 On Thursday it emerged the White House had shelved a 17 page-long report by the Centers for Disease Control and Prevention team to advise businesses on reopening.

It was supposed to be published last Friday, but agency scientists were told the guidance "would never see the light of day," according to a CDC official.

The report, titled “Guidance for Implementing the Opening Up America Again Framework,” was researched and written to help faith leaders, business owners, educators and state and local officials as they begin to reopen, AP reports. 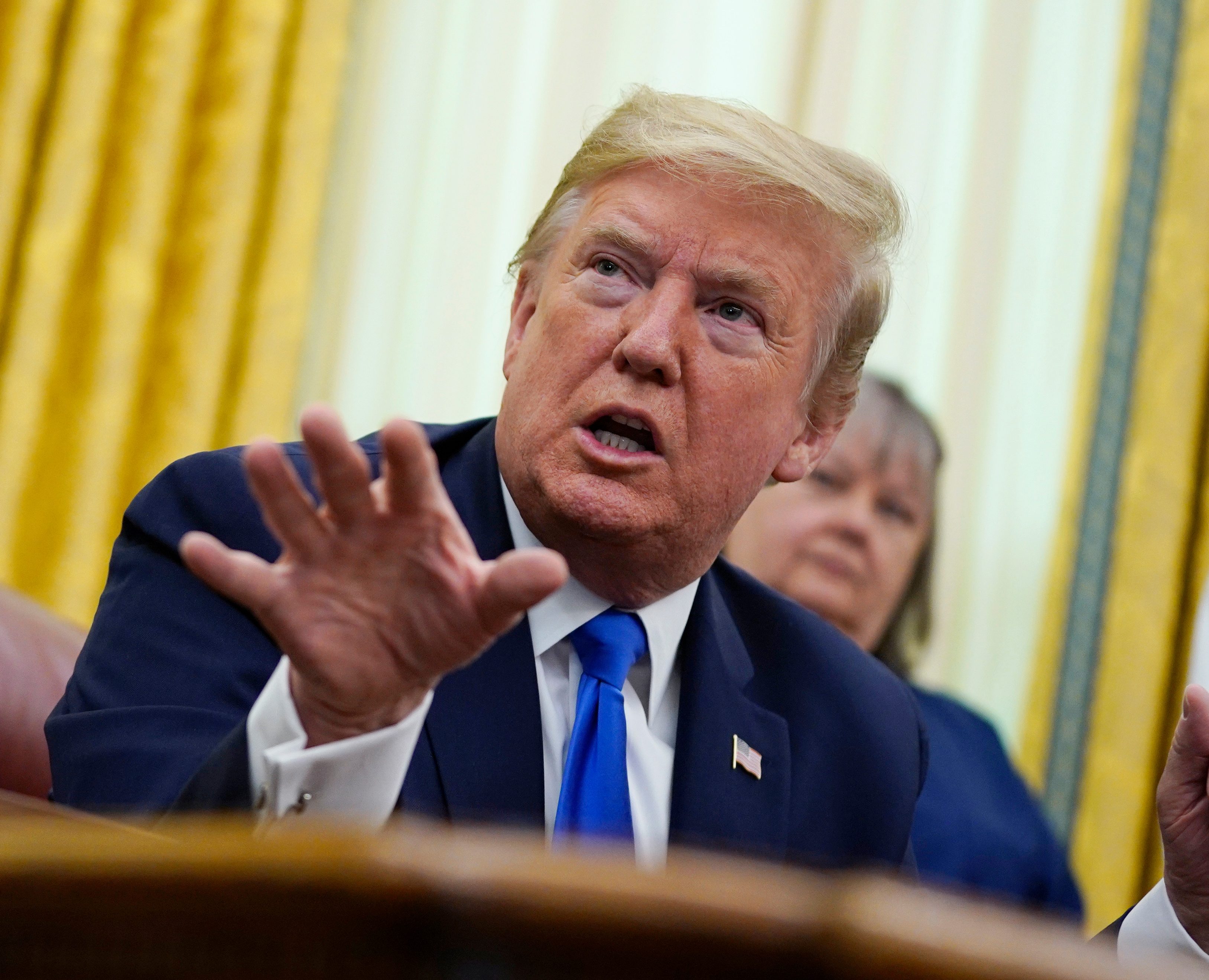 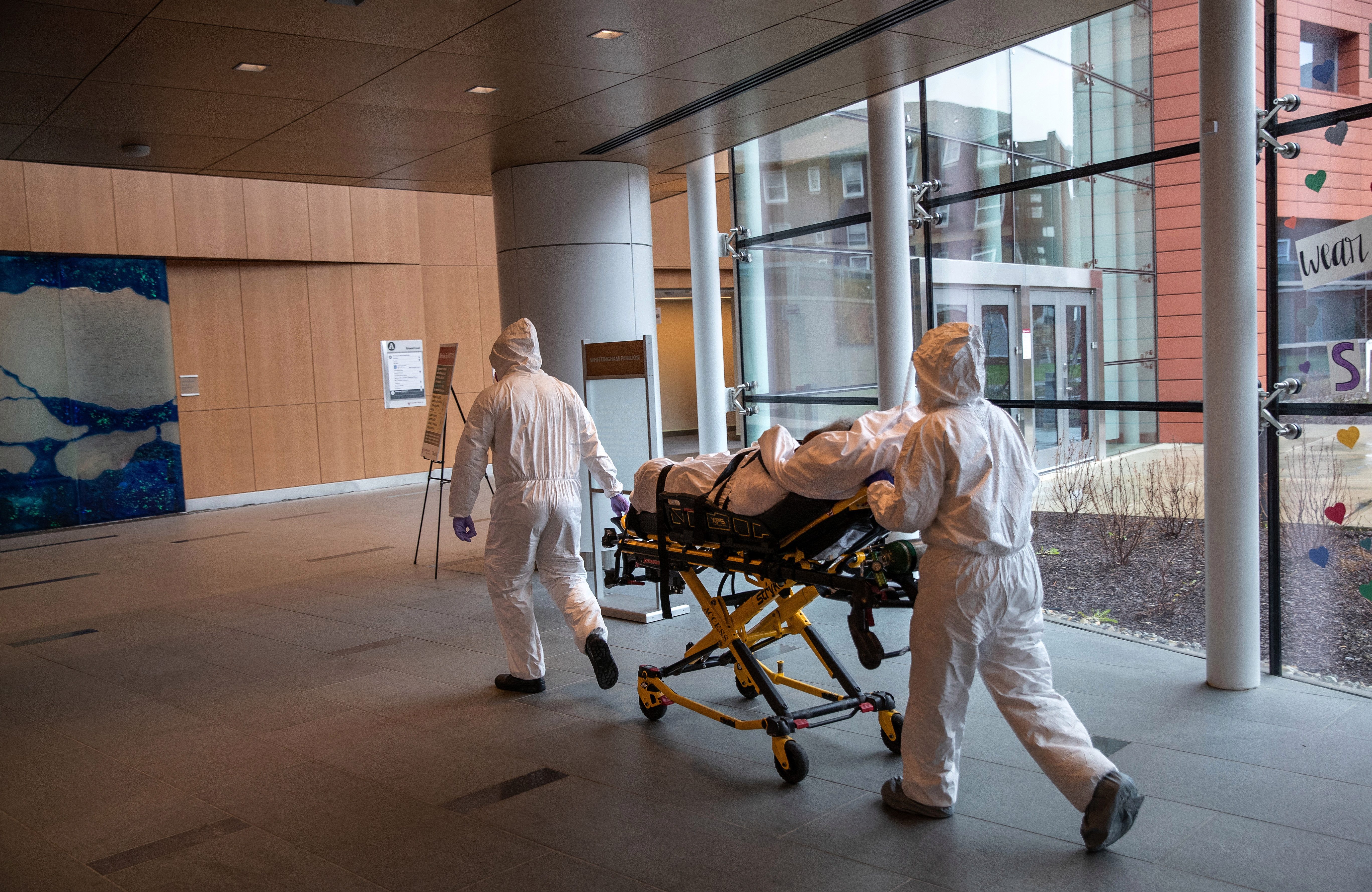 States that have not seen a decline in cases, yet continue to press forward with reopening their economies include Georgia, Colorado, Alabama and Texas.

Even California's usually cautious governor has announced some non-essential businesses can open again, despite not seeing a 14 day continuous decline in cases. 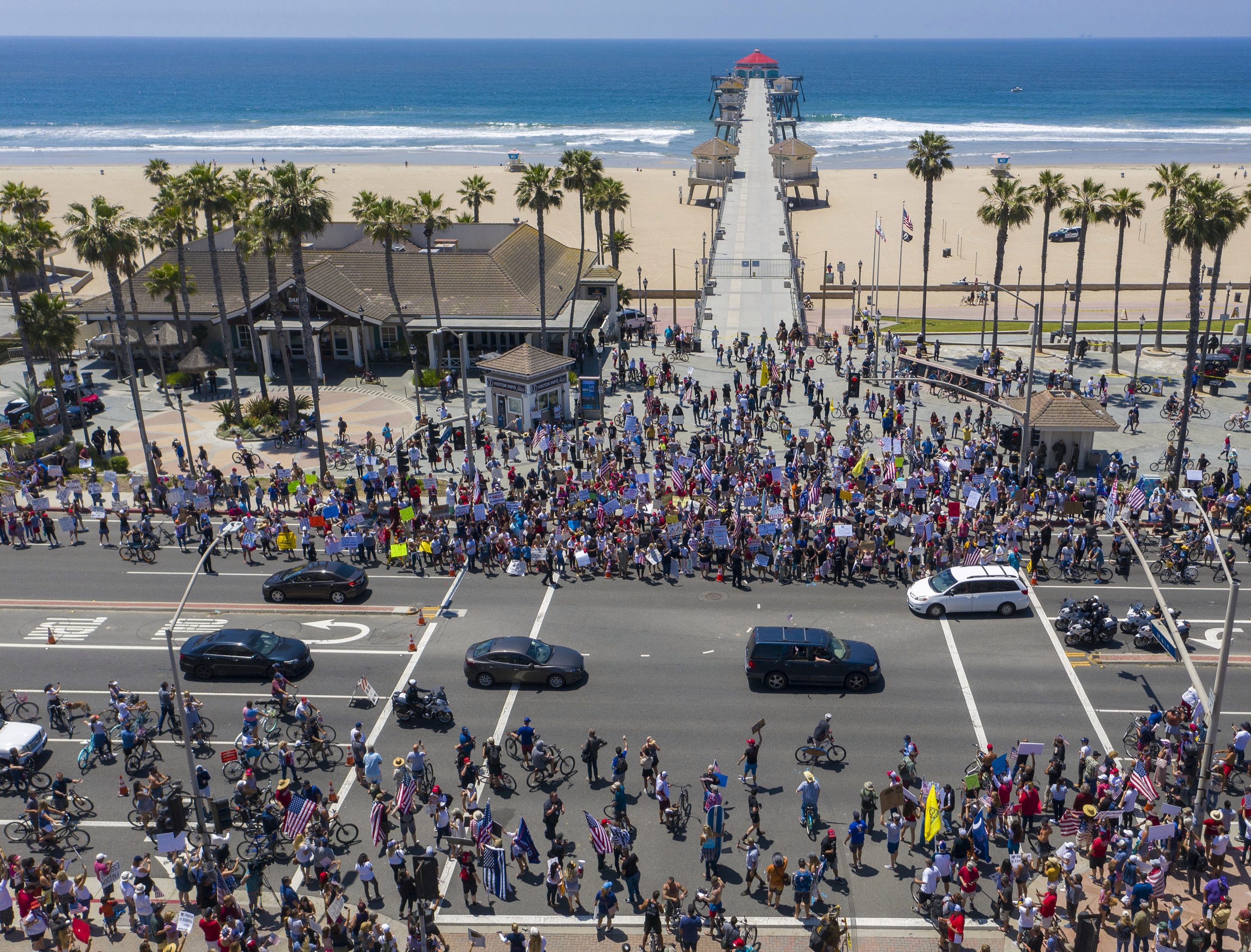 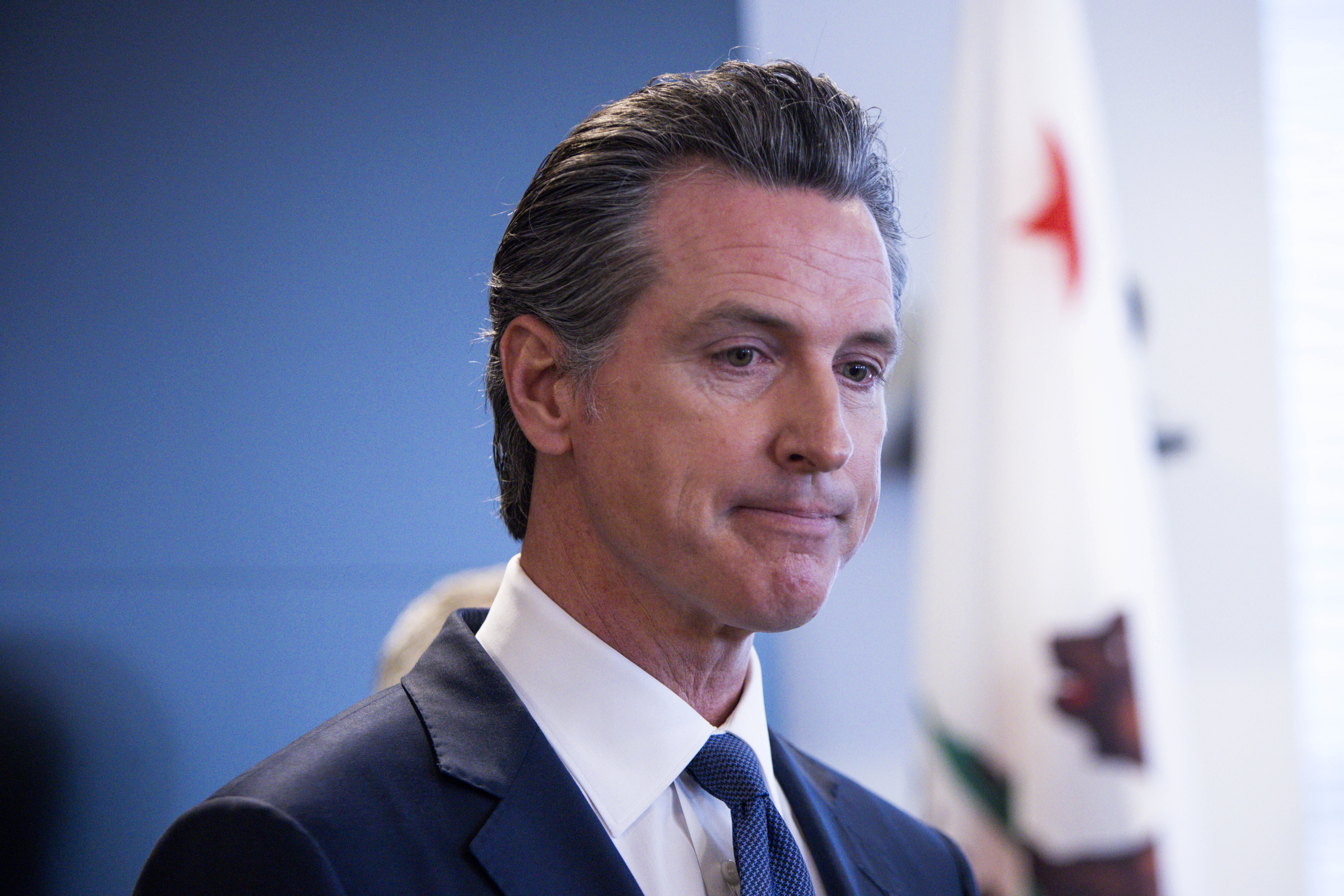 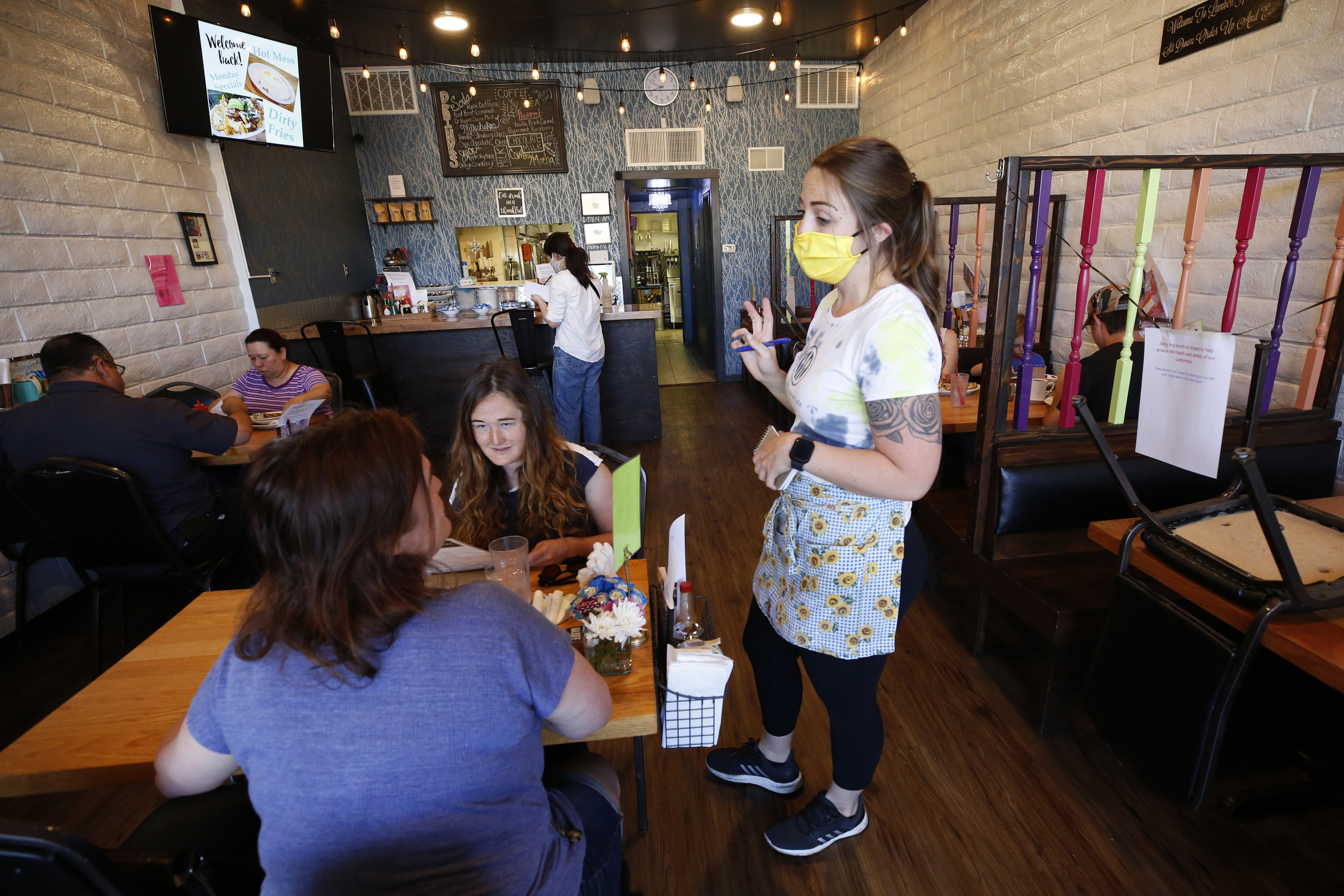 In Arizona, the state's modeling team was ordered to stop its work on projection modeling, after the team of university experts predicted the virus had not yet peaked in the state – as the governor started to ease restrictions.

The universities’ models had shown that the only way to avoid a dramatic spike in cases was to delay lifting restrictions until the end of May.

Barber shops, hair salons and restaurants will be reopening in the next week.

In Atlanta, Georgia, a Sun exclusive revealed doctors were being sent back to work to perform elective – meaning non-essential – surgeries, even as the medics warned they did not have adequate PPE, and would be putting themselves and their patients at risk.

The state reported nearly 1,000 new COVID-19 cases in a 24 hour window following the restrictions being eased, while deaths have been predicted to continue to rise as Georgia gets back to normal. 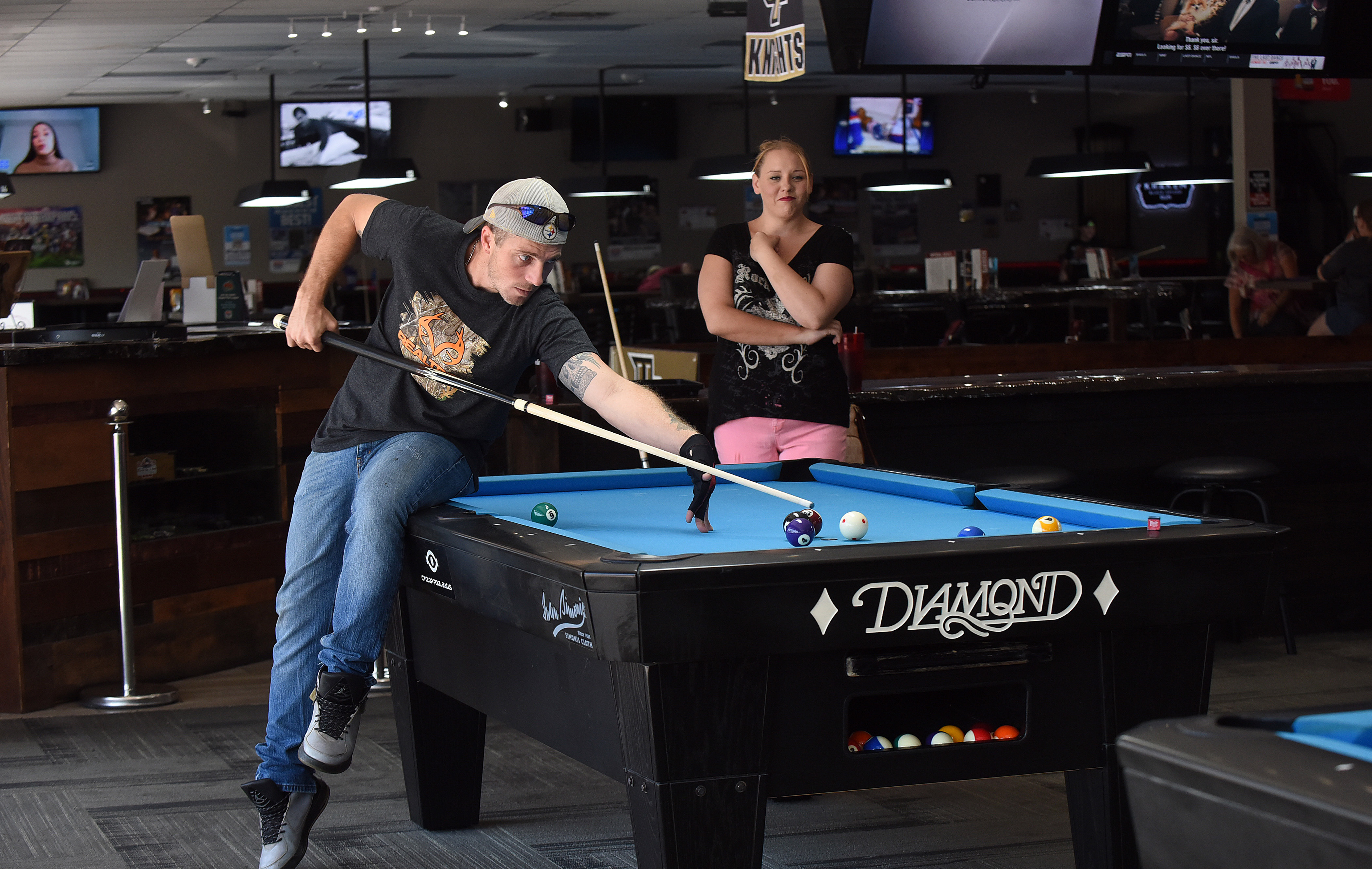 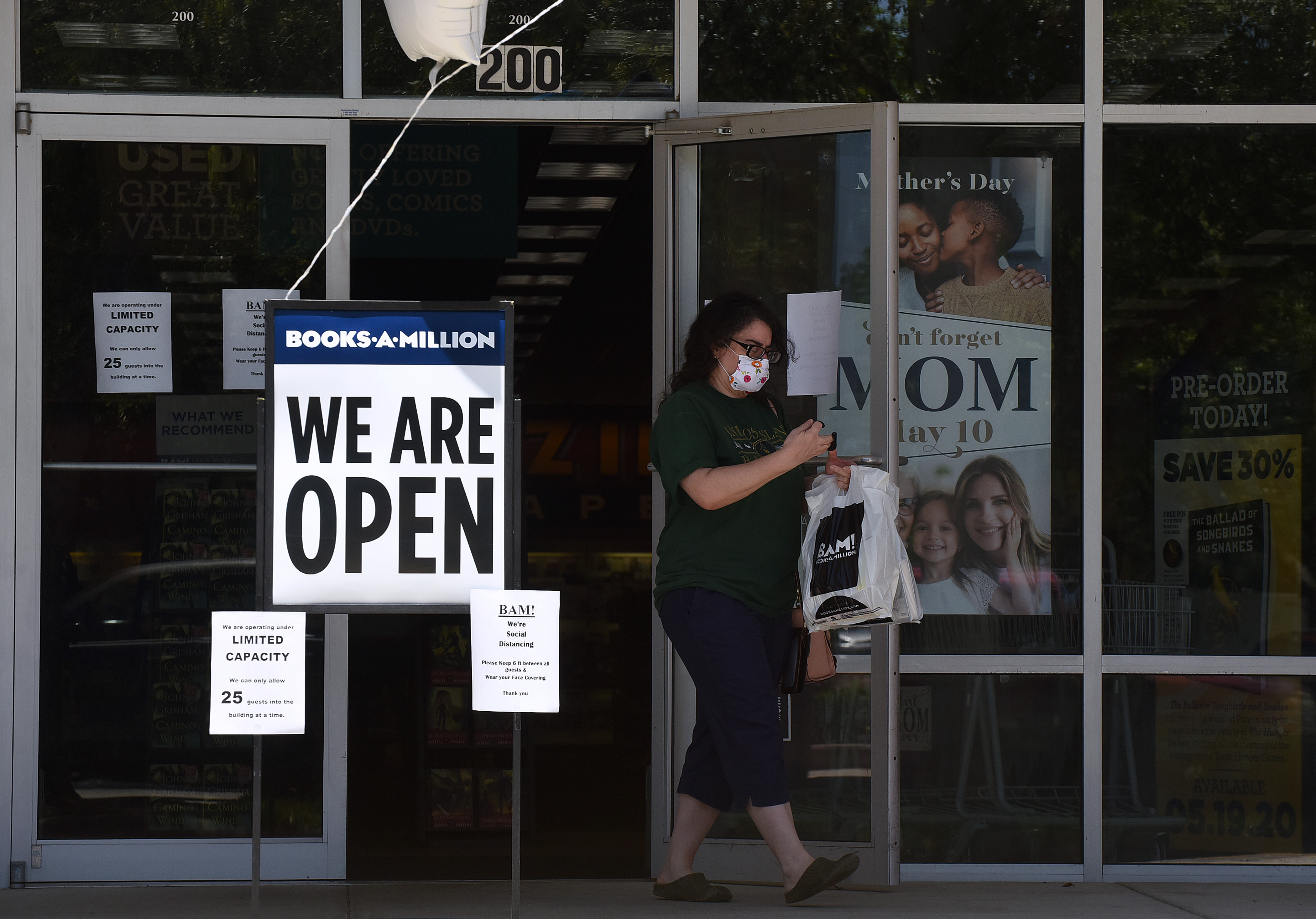 On Wednesday, it was revealed through leaked audio that officials were told that coronavirus deaths "definitely will be high" if coronavirus lockdowns are lifted across the US.

Officials warned that if COVID-19 lockdowns are eased, cases would increase in a matter of weeks, and ventilators could run out in early June as more severely ill patients enter hospitals.

“The numbers of deaths definitely will be high,” Daniel Jernigan, director of the Centers for Disease Control’s influenza division, said at the start of a conference call on May 1.

Officials said if stay-at-home orders are lifted across the US, cases will begin to rise again.

Another official emphasized Jernigan's warning: “If, at the end of stay-at-home orders, you were to lift everything and go back to normal business, and not have any community mitigation, you would expect to see in the second week in May we begin to increase again in ventilator uses,” he said.

“Which means cases increase, and by early June, we surpass the number of ventilators we currently have.”

Several whistleblowers have claimed the White House has ignored warnings of coronavirus.

Vaccine expert Dr Rick Bright – who was removed from his job in April – claimed in a complaint filed Tuesday that he raised concerns about COVID-19 to the White House in January.