A WOMAN whose mutilated body was stuffed into three bags before her alleged killer hauled the luggage on an interstate Greyhound bus trip, was a "sweetheart", her devastated former boss has told The Sun.

The Jefferson County Coroner's Office today confirmed that Ladawndra Ellington, 31, of Louisville, Kentucky, was the victim of the brutal crime.

Police say Melvin Martin Jnr, 30, killed and dismembered Ms Ellington before taking duffel bags containing her head, lower torso and organs, on a five-hour journey from the couple's home in Louisville to Markham in Illinois.

Her upper torso was later found in a park in Louisville. 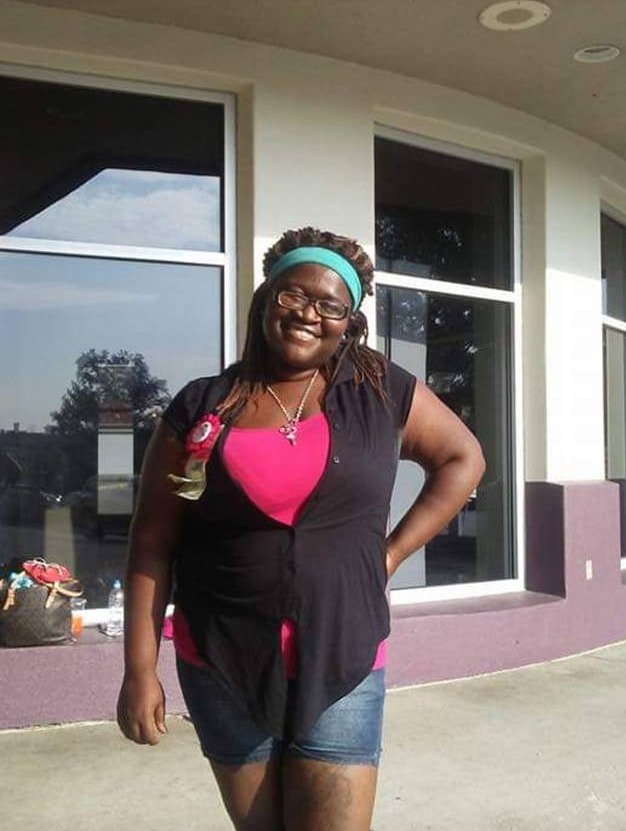 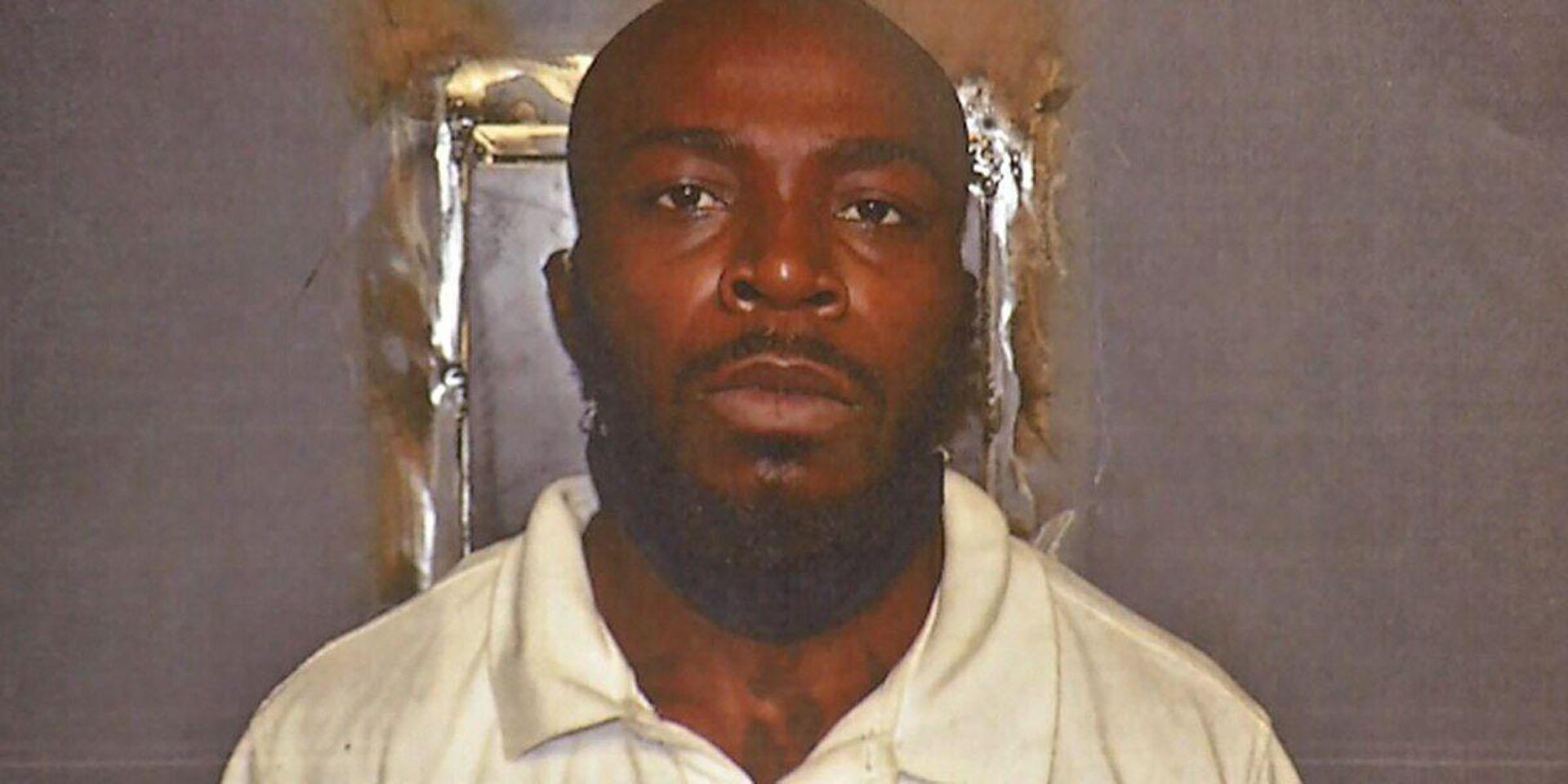 Martin's mother reportedly made the grisly discovery after she and other family members noticed a "foul smell" coming from three heavy bags and opened one of them on Tuesday. 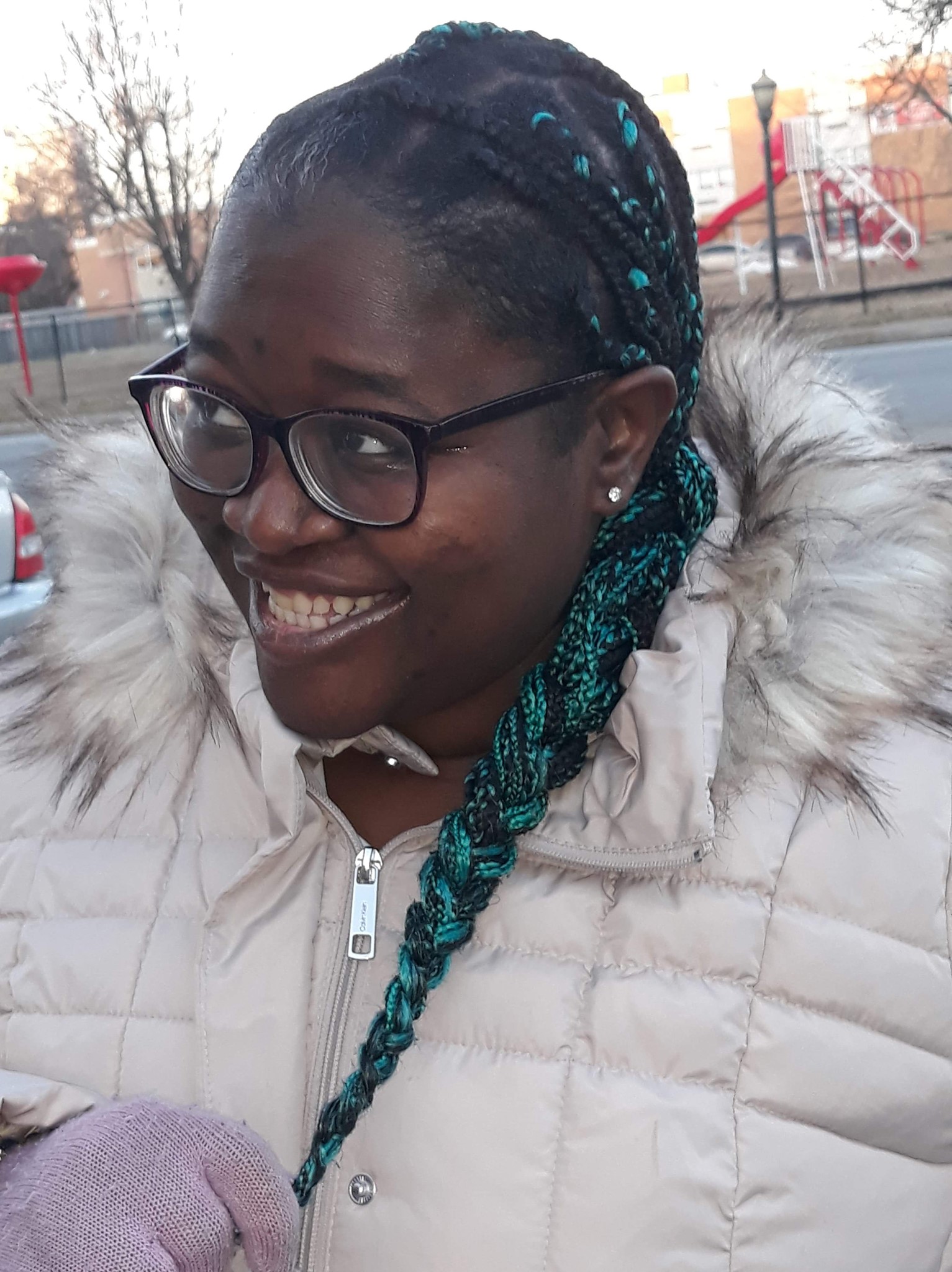 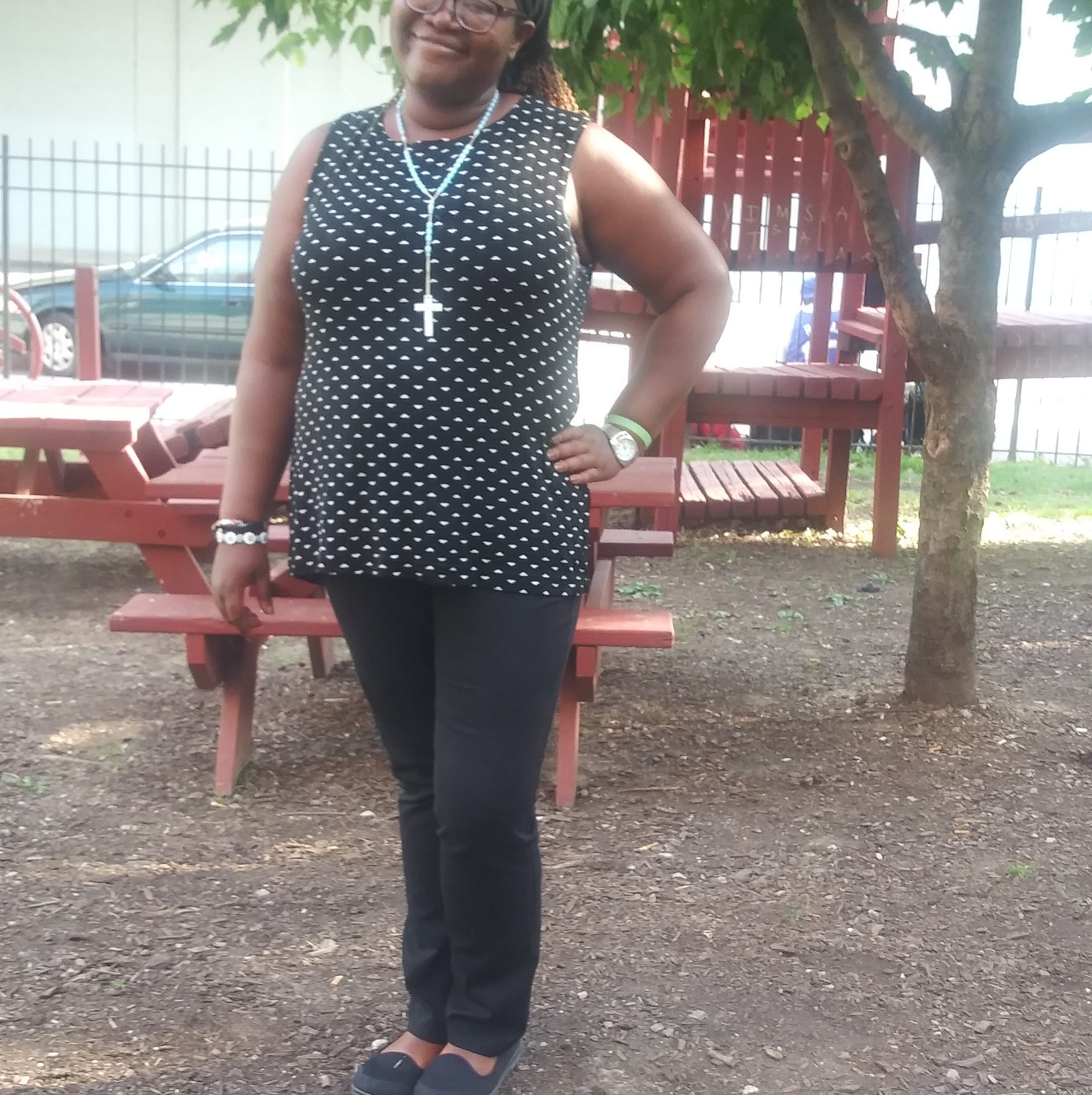 In a recording of the 911 call, obtained by CBS Chicago, Martin's mother can be heard saying: "I picked him up ’cause he was coming home. He was having a hard time, but he took this suitcase in my garage.

"I just took him to library and I said, let me see what’s in this suitcase," she continued.

"And it looks like there's a body in there."

Martin was arrested at the library in Markham and charged as a fugitive fleeing prosecution. Police said he wasn't initially cooperative, but eventually gave a full statement to police.

“He indicated that, as grotesque as it might sound, that he still wanted to be with her, at least part of her,” Markham police Chief Terry White said during a news conference on Wednesday.

Martin's relatives became suspicious when they noticed he was guarding his suitcases which had remained unpacked for several days, police said. He also asked them to buy clothes for him, despite arriving with multiple pieces of luggage. 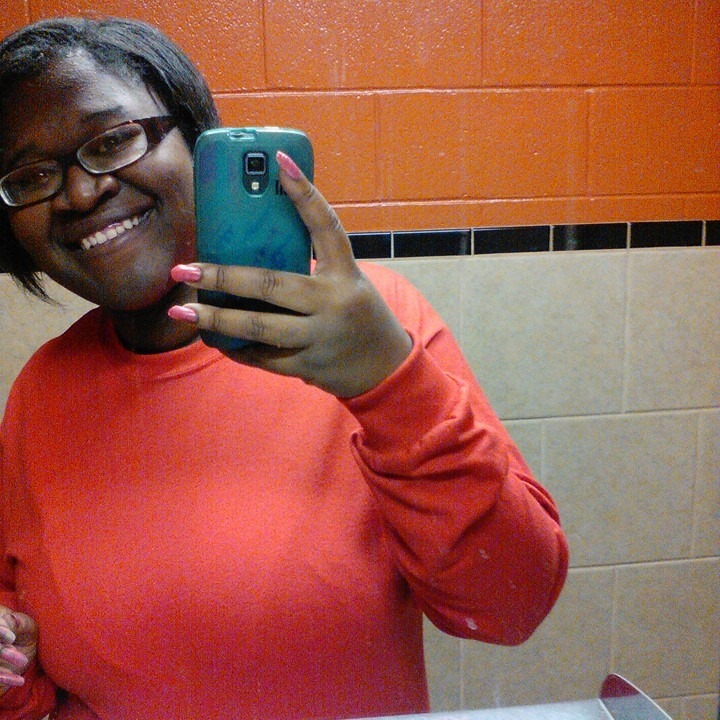 The victim is believed to have been killed during a domestic dispute at the couple's home about one month ago, according to police.

She was formerly employed as a team member and cashier at Louisville Airport but had not worked there since 2018.

Tinsley Family Concessions Vice President George Tinsley II – her employer during her stint at the airport – told The Sun that Ms Ellington was "a sweetheart".

"She was a very special team member of ours," he said.

"If the world is ever going to know anything about her… she was an inspiration.

"In a time where finding great team members is hard to do, she stood out and developed into one of the best team members we can hope for.

"It's extremely tragic what has happened. I couldn't speak for hours when I found out."

According to her Facebook page, Ms Ellington had previously studied paralegal studies at Louisville University and worked as a reservation manager at a car hire company. 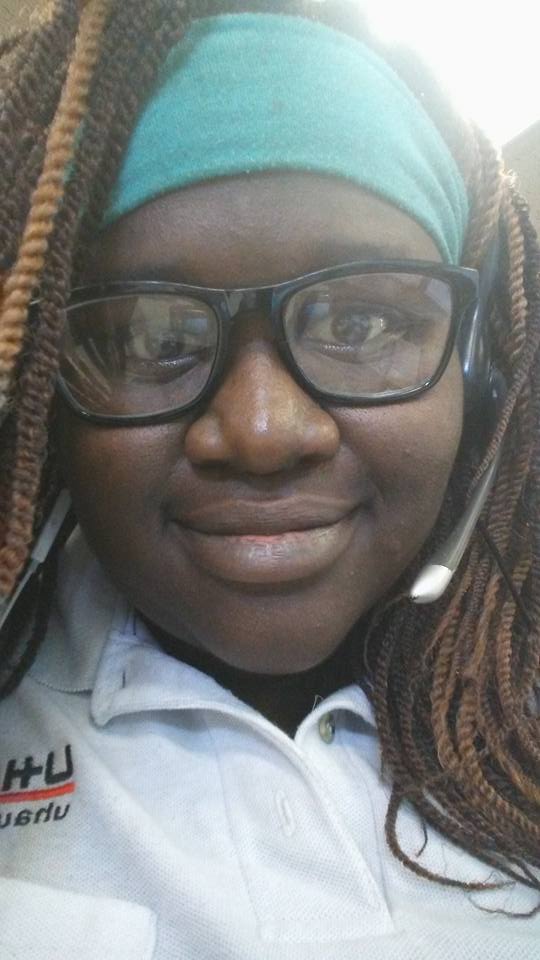 One friend described her as "one of the most beautiful souls I have EVER met".

" LaDawndra Ellington was one of the kindest, most caring, wise-beyond-her-years people I know," Katie Laird wrote on Facebook.

"She used to lift me up any time I needed it, and if we ever started to drift apart, we quickly found eachother again.

"She always taught me how to fold my notes, and if you ever needed ANYTHING, she had it in her purse and would give it to you in a heartbeat.

"Her nails were always painted, her hair always fixed, and her lipgloss was ALWAYS popping.

"She lit up a room with her huge smile, and could clown on you in a true southern gal way.

"She was the mama hen, and the one who brought people together. It makes me physically sick to think she’s no longer on this Earth."

According to police, the crime is believed to have taken place in Kentucky.

"I went to the store, and by the time I went to the neighborhood store, came back, that's when I saw the yellow tape from the crime scene," said David Scott, the family's neighbor.

"I knew something was bad that happened then."

"You see stuff like this on TV," Scott said.

Martin remains in custody but has yet to be charged in Kentucky. He waived his extradition during a court hearing in Chicago on Thursday morning.

Related posts:
September 18, 2020 World News Comments Off on Man ‘killed girlfriend a MONTH ago, dumped torso in park and hid her head and organs in suitcases'
Celebrity News:
Chris Packham’s stepdaughter Megan McCubbin admits ‘worries’ for him after ‘death threats’
'Dancing With the Stars': ET Will Be Live Blogging Week 6!
Ice Cube Defends Advising Trump Administration On Plan To Help Black Americans
Karamo on Missing His Queer Eye Crew and the Music That's Gotten Him Through the Pandemic
Naya Rivera's Ex Ryan Dorsey Shares Pic of Son Josey's New Buzz Cut
Recent Posts
This website uses cookies to improve your user experience and to provide you with advertisements that are relevant to your interests. By continuing to browse the site you are agreeing to our use of cookies.Ok