MICHELLE Obama has been caught on camera at a raunchy show in Las Vegas, where she simulated spanking a male dancer.

The back-up dancer climbed into the VIP area where the former First Lady sat at an Christina Aguilera concert and started twerking in her face. 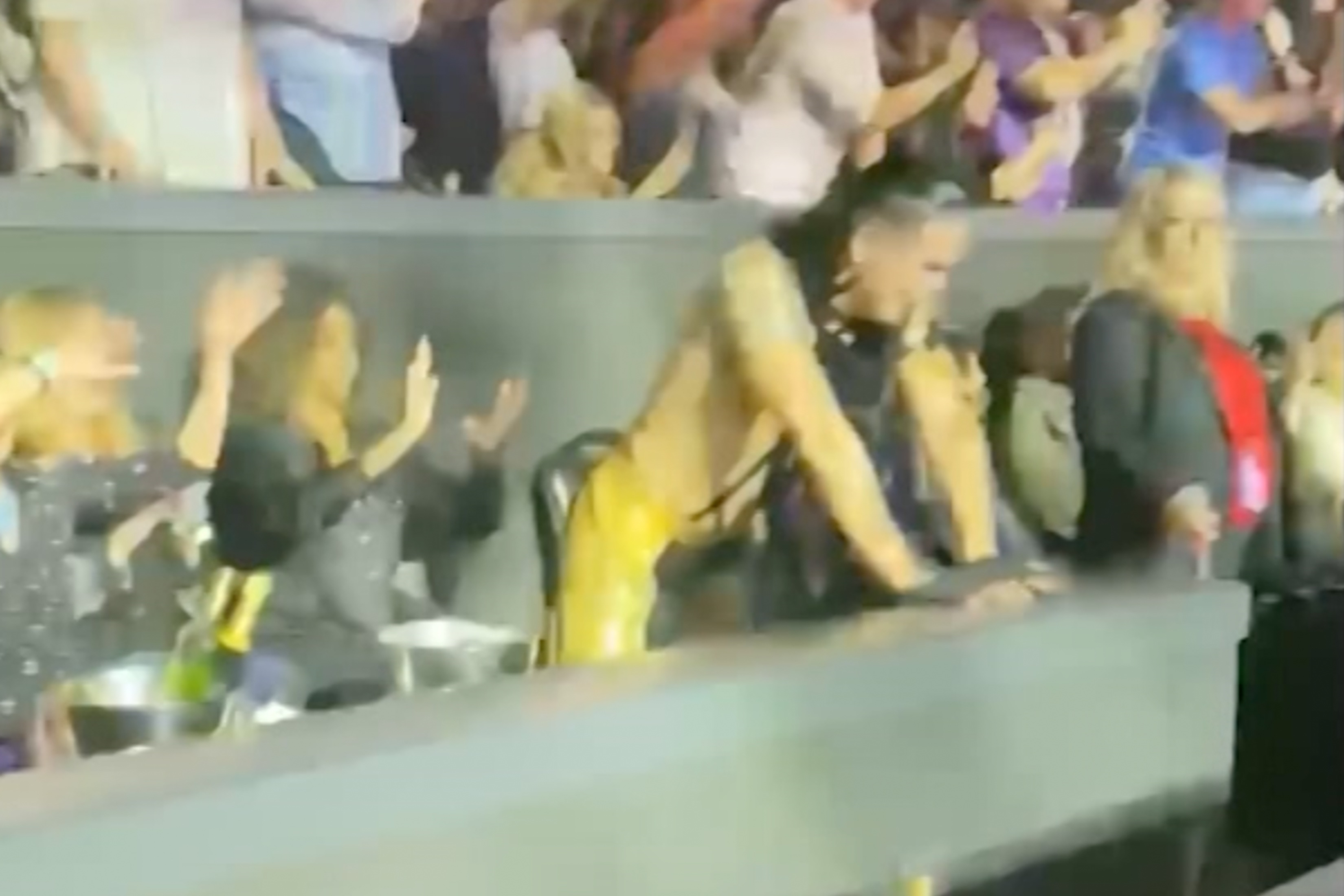 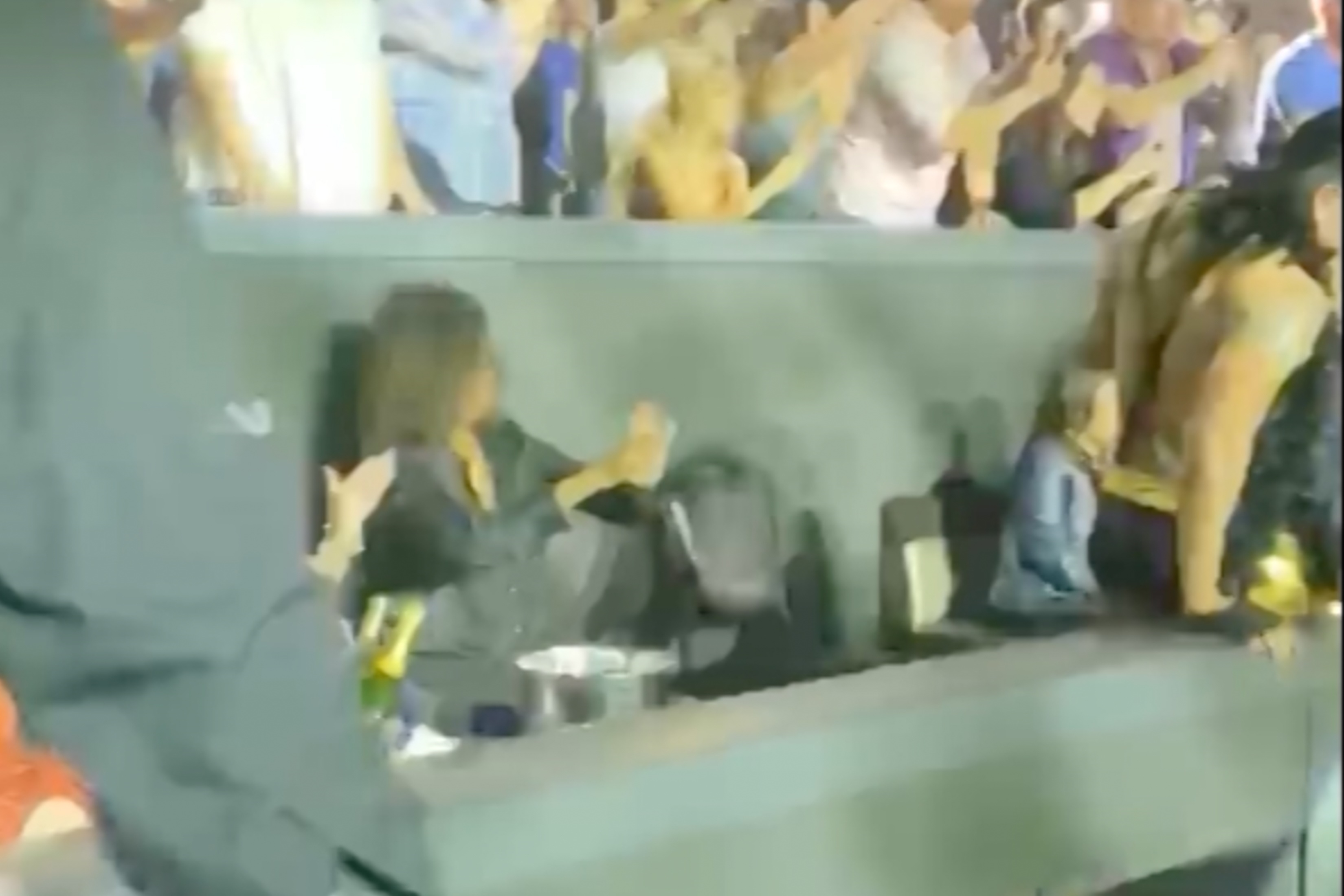 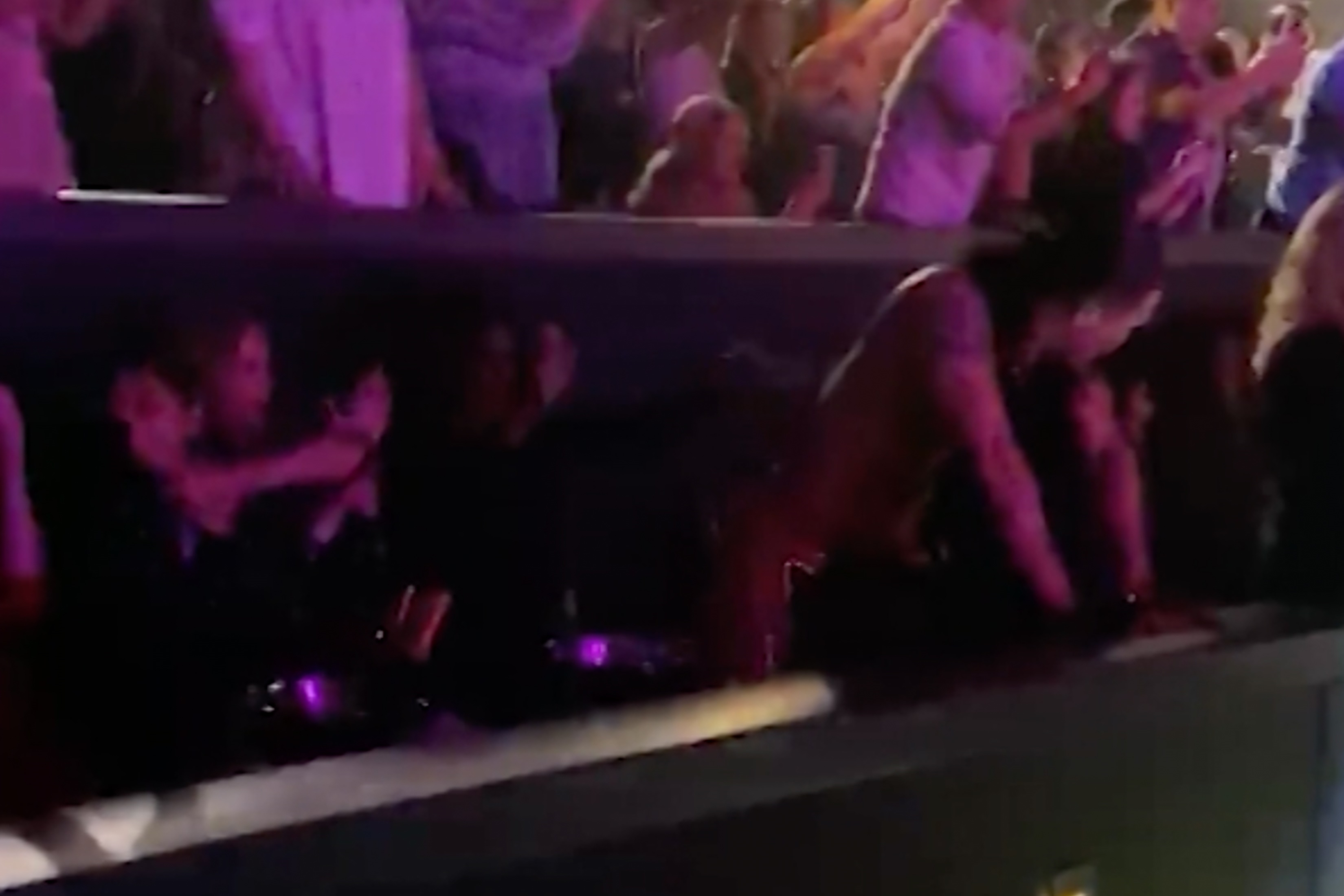 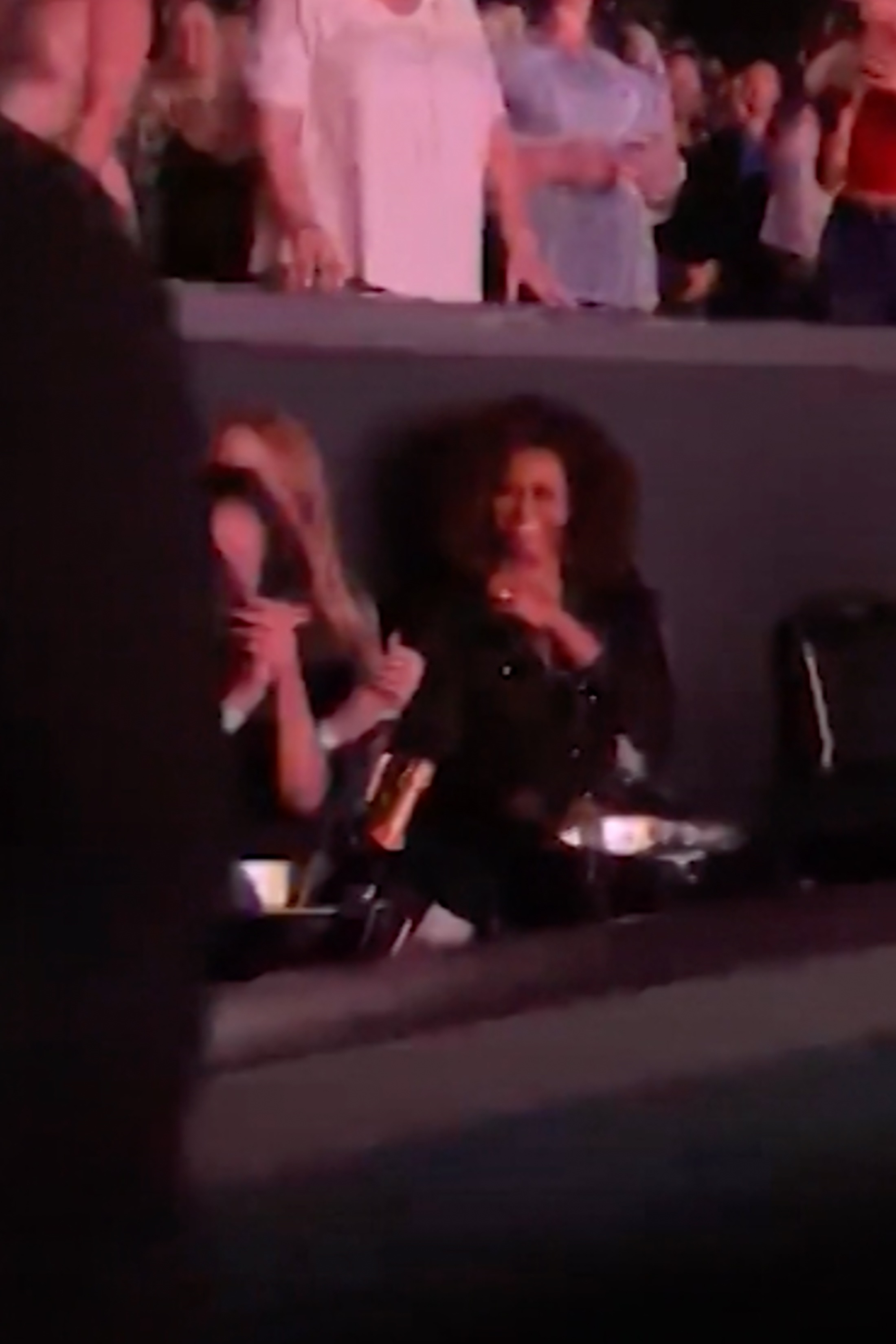 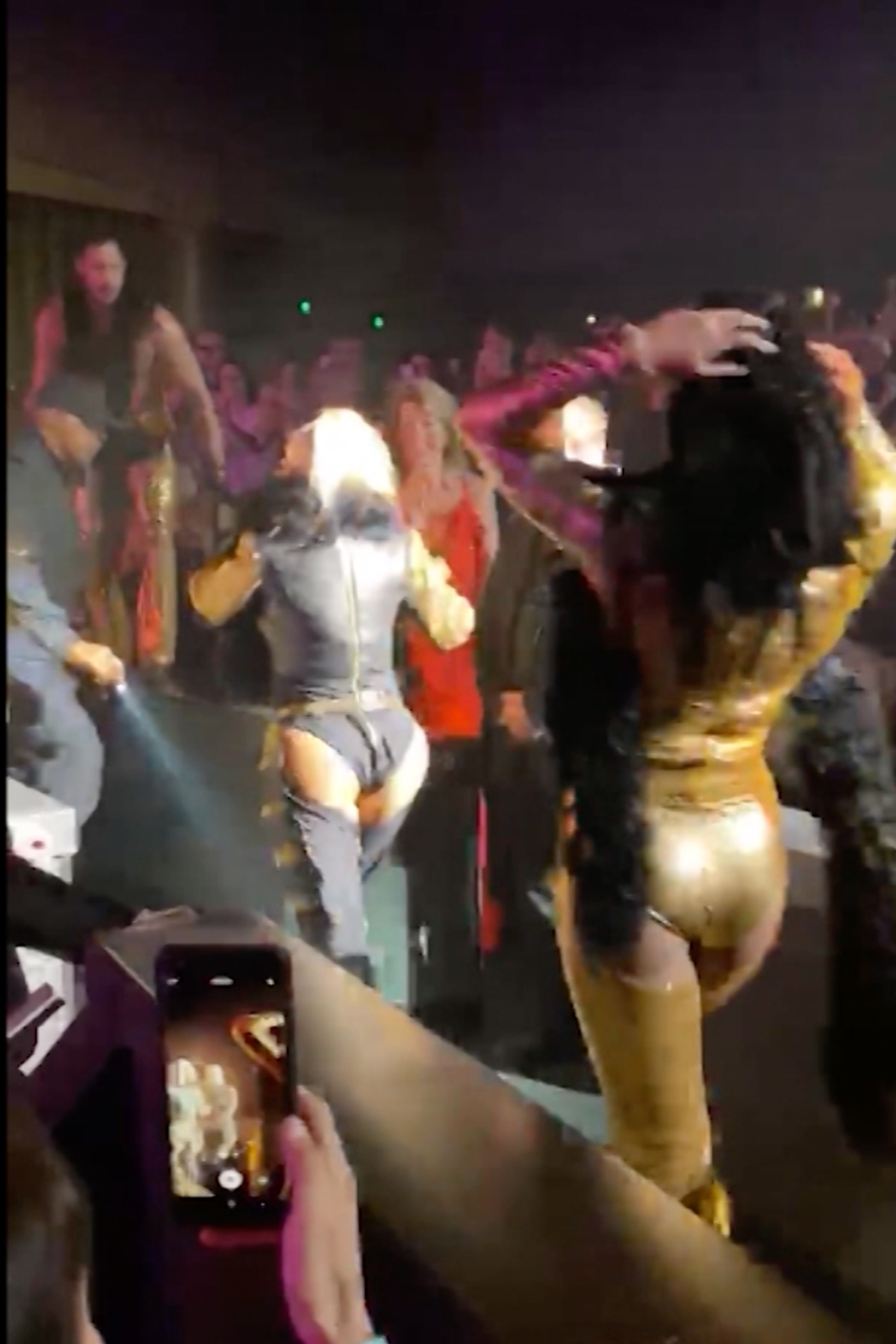 Video from the sexually-charged show at the Zappos Theater on Wednesday shows Mrs Obama, 56, playfully pretending to slap the dancer’s bottom as he jiggles his cheeks.

The dancer, shirtless and wearing revealing gold chaps, seemed to delight in entertaining the former FLOTUS before moving on.

Clearly having fun at Aguilera’s The Xperience residency, Obama continued to dance in her seat, waving her arms in the air as the diva sang Lady Marmalade.

The sexually-suggestive hit features the French chorus “Voulez-vous coucher avec moi (ce soir)?” which translates in English to “Do you want to sleep with me (tonight)?".

Mrs Obama and her entourage were later escorted from the theater by security. She was reportedly in Vegas to speak at the Ultimate Software Connections Conference.

It’s been a successful start to the year for Obama, after she won the Grammy for Best Spoken Word Album for the audio version of her best-selling memoir, Becoming. Published in November 2018, it has sold more than 10 million copies.

As the race for the Democratic presidential nominee continues, Former President Barack Obama congratulated former Vice-President Joe Biden on the resurrection of his campaign, but is yet to formally endorse a candidate.